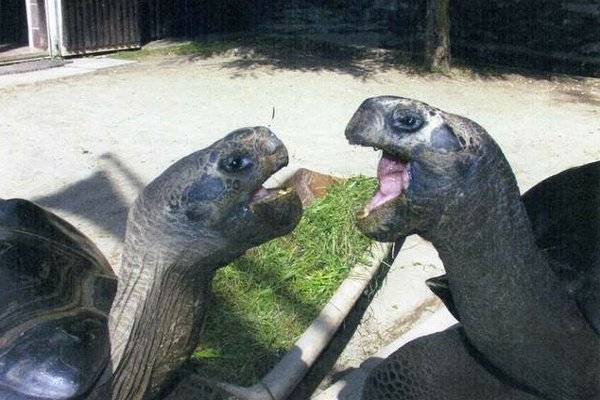 The longest running marriage known to man has come to an abrupt end after 115 years of partnership.

Bibi and Poldi, two tortoises who currently reside at HAPP’s Reptilienzoo in Austria, were born around 1897 and have been cohabitating as a couple for over a century.

However, the two seem to have called it quits last month when Bibi started violently attacking Poldi, apparently taking a chunk out of his shell.

The zoo has said that they’ve tried everything from couples counseling to feeding the pair “romantic good mood food,” to engaging the two in joint games, but nothing seems to work.

“[T]hey have been together since they were young and grew up together, eventually becoming a pair,” zoo chief Helga Happ tells the Times. “But for no reason that anyone can discover, they seem to have fallen out. They just can’t stand each other.”

Although their partnership seems to have lasted a lifetime, giant tortoises actually have some of the longest lifespans; one in particular was said to have lived to be 255 years old.

If that’s the case, maybe this is just a mid-life crisis and the two need to spend some much needed time apart. Maybe they’ll even rekindle their romance by the turn of the next century!