Why Bringing Your Dog to Work Is Good for Your Health 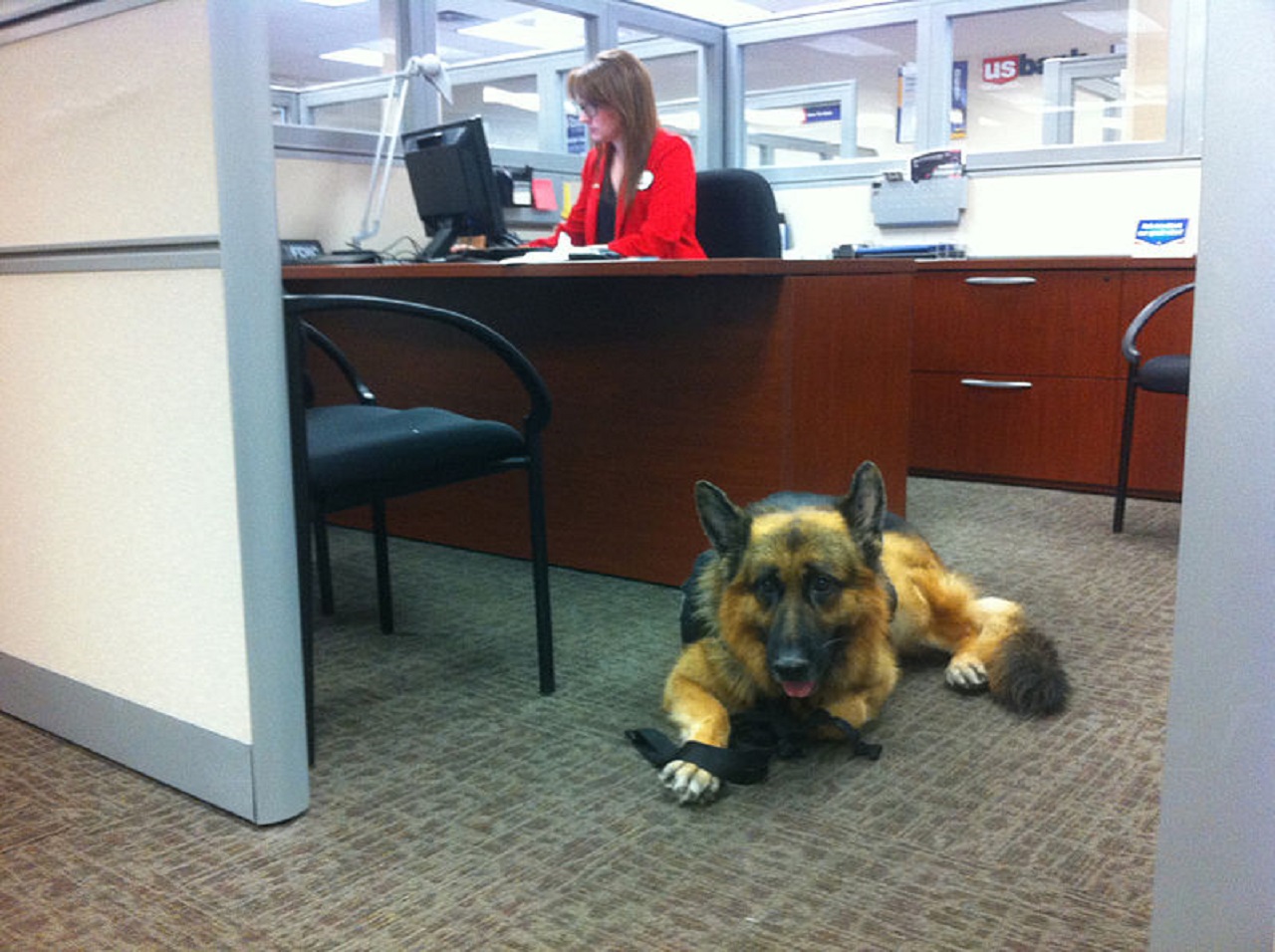 Anyone who has a dog is well aware of their ability to make everything better. From skinned knees to breakups to lost jobs, sometimes it seems like their wet noses and wagging tails can heal any hurt. But as it turns out, canines’ skills at soothing humans are more than just anecdotal. The benefits of animal-assisted therapy are well documented, and thousands of dogs around the world are helping to heal the sick.

How Dogs Help Improve Our Health

Science shows that owning a pooch can improve your health in a myriad of ways. Years of research and dozens of studies have demonstrated that they can help decrease a child’s chances of obesity, bolster a sense of community and trust, aid in relaxation, support the development of empathy, boost physical activity, lower blood pressure, and more. Even the CDC touts pets’ ability to manage loneliness and depression, as well as encourage exercise. And what better place to have your pet alongside than at work, where your stress levels are likely to be highest?

How Dogs Can Help at Work

While not everyone is lucky enough to have an employer that allows your furry family member by your side at the office, statistics prove it’s worth asking for an exception. A study in the International Journal of Workplace Health Management found that stress declined over the course of a workday for employees who had their dogs with them, while it rose for non-dog owners and those who left the pooches at home.

Another study out of Virginia Commonwealth University’s Center for Human-Animal Interaction found that a brief visit with a dog during any given workday can reduce levels of cortisol, the body’s stress hormone. They found that five minutes with a therapy dog had a similar reduction on cortisol level as 20 minutes of quiet rest.

And a 2010 study at Central Michigan University showed that when pooches were present in a workplace group, office employees were more likely to trust each other and collaborate more effectively. According to the Humane Society: “The CMU study involved several experiments; one involving groups of four individuals, some with or without dogs. Each group member was charged with a fake crime, and surveyed to see if they would report their fellow group members. Groups with dogs present made employees 30 percent less likely to report each other, showing that canine co-workers make for a more cohesive and trustworthy workplace environment.”

Stress relief, health benefits, greater trust in the workplace — there are a litany of reasons to want your dog along at your 9 to 5. But to stay on your co-workers’ good sides, better make sure your pooch is potty trained and friendly.

Even if your current company doesn’t allow the presence of pets, there are lots of companies that do. A 2008 study by the American Pet Products Manufacturers Association showed that nearly one in five companies allow pets at work. These include Google, Ben & Jerry’s, Build-A-Bear Workshop’s World Headquarters, the Humane Society, Amazon’s corporate headquarters, and Clif Bar & Company, among others.

Pet Sitters International even promotes a Take Your Dog to Work Day, designed to promote pet adoption — and it’s coming up tomorrow, June 20. Given its proximity, now might be the perfect time to talk to your boss about a new addition to the office!