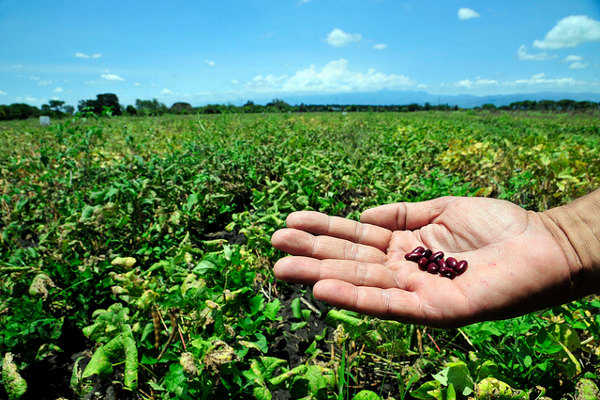 Whether or not popping zinc pills will cure your cold or flu symptoms is an ongoing topic of debate. But it’s definitely true that you need enough zinc to keep your immune system in good shape.

Zinc is needed for the activity of more than 100 different enzymes in the body, and maybe even as many as 300. It supports protein synthesis, cell growth (that’s why it’s important for wound healing), blood formation, and immune function.

Most people who eat a plant-based det typically meet or exceed the RDA for zinc—11 milligrams for men and 8 for women. The question among nutrition experts, though, is whether vegan need more than these amounts.

For plant-based diets, zinc usually comes from foods like whole grains and legumes, that are rich in phytates. These phosphorus-containing compounds are often referred to as anti-nutrients, but they are actually good for you. Phytates are antioxidants that may have health benefits related to cancer and other diseases. However, they also bind to minerals, especially iron and zinc, making them less available to the body. It’s possible that people who consume very high phytate diets—and most vegans do—have higher zinc needs, maybe as much as 50% higher. But that’s not necessarily true for all vegans because some food preparation practices can enhance zinc absorption.

Germination of seeds—which happens when you sprout seeds, grains, and beans—activates enzymes that break down phytate, freeing zinc for absorption. Fermentation can also reduce the effects of phytate, which suggests that zinc may be better absorbed from fermented legume products like tempeh. Zinc is also better absorbed from whole grain bread than from cooked grains and crackers, because leavening—by either yeast or sour dough—reduces the effects of phytate. The bread has to be whole grain, though, since refined grains are low in zinc.

You don’t have to use all of these tactics all of the time, but if your diet typically doesn’t include bread or fermented or sprouted foods, then you might need a little extra zinc. While there aren’t many plant foods that are abundant in zinc, it’s found in most whole plant foods in at least small amounts. Those amounts add up throughout the day to meet zinc needs.

The best sources are legumes (beans, peanuts, and soyfoods) nuts, seeds, quinoa, and wheat germ. Vegetables have smaller amounts, and fruits generally don’t have much zinc. Here is an example of a menu plan providing around 1800 calories and about 12 to 13 milligrams of zinc. That’s plenty for a vegan woman, and since most vegan men will eat more food than this, they’ll end up with higher zinc intakes. I put the zinc amounts for each food in the menu in parentheses.