The Politics of Food and the Science of Nutrition 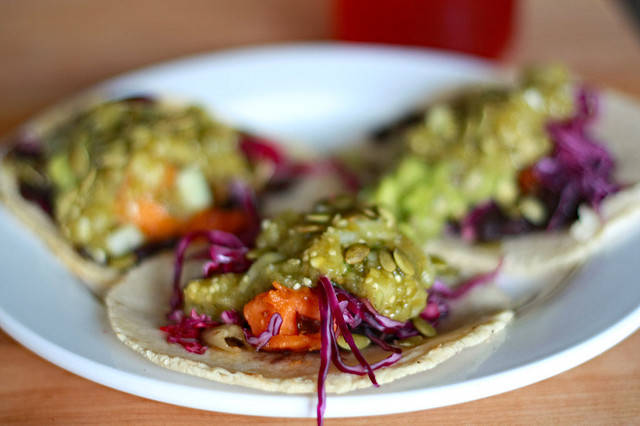 How did we come to be in such a mess? If you ask me, we are simply in information overload: We know a lot about food, just not much about what to eat.

And the reason for that? Nutrition science.

Much of the confusion stems from a desire for ease and convenience at all costs, combined with a lack of common sense. The fact is that most of us are not scientists, but the simple truth is that nutrition science is for sale. The bulk of the research being done in nutrition isn’t on actual food, but on the micronutrients that make up food, funded by the people who manufacture the food being studied. It’s important to understand the distinction here.

Nutrition science is based on the premise that there is something missing from our food, something deficient with food in its natural state and that finding out the biological function of specific nutrients will magically resolve the diet-disease connection for us.

The science of nutrition was, in fact, developed to discover the cause of specific nutritional deficiencies. And at first, it was great. Wonderful things were discovered. A vitamin C deficiency was found to cause scurvy; a calcium deficiency creates bone density loss.

These important discoveries became the domain of industry and business, which turned this exciting information into advertising bonanzas! Processed foods were developed that were enriched; supplements were touted as the latest, greatest creations; natural food, in all its nutrient-dense glory, was ignored.

Creating fear of nutritional deficiency has become the driving force in nutrition science, making it the official handmaiden of the processed food industry. Every single function of every single micronutrient discovered is heralded as the key, the missing link, the one factor that will lead us to a life of health and happiness, the cure to what ails us, the second coming of food; the epiphany to end all epiphanies . . . until the next discovery.

Study after study is conducted on human nutrition, but an important point has been overlooked. Humans have diverse constitutions and diets. We live vastly different lives with differing levels of activity and environments. We come from different cultures and traditions. All these factors come together to create a confounding set of circumstances in which to attempt to study human eating habits and health. That’s why the results of so many studies are conflicting and confusing. How do we study people’s habits without changing their habits? And how do we compile all these differences into one result? We don’t, which is why the study results rarely come to a consensus and so are reported as “inconclusive” and the beat goes on with no one getting the information they really need to make healthy choices.

The primary function of nutrition science is to study nutrients, not food; it dissects food, deconstructs it, and removes it from reality. So what does it have to do with us and our health?

The exception here is nutritional epidemiology, the study of the causes of disease in large populations. Epidemiology has shown us a hard truth. Read The China Study by T. Colin Campbell, PhD, for some pretty eye-opening information on how food affects health. In this vast work, Dr. Campbell and company studied the eating habits of more than 6,500 Chinese living in sixty-five mostly rural counties in China. This site was chosen because nowhere else could they find a population of this size with such genetic similarities that tended to live in the same place, in the same way, and eat the same foods for entire lifetimes. As I said, studies are often inconclusive because people’s habits and lives are so diverse. The similarities of the population in The China Study allowed for a study that revealed clear patterns. In a population of similar genetics and lifestyle habits, they compared the health consequences of diets rich in animal foods with those of a plant-based, whole-foods diet and concluded that eating a plant-based diet, steeped in whole, unprocessed foods, naturally low in fat, resulted in substantially reduced risk of disease and an increased chance of actually reversing disease.

Dr. Campbell argues that “most, but not all of the confusion about nutrition is created in legal, fully disclosed ways and is disseminated by unsuspecting, well-intentioned people, whether they are researchers, politicians or journalists.’ In his view—and I agree—there are powerful commercial interests that stand to lose a lot if America was to switch to a plant-based diet, so information is given out in ways that keep us reeling with confusion.

In reading books by experts like Dr. Campbell, Marion Nestle, and Michael Pollan, I have come to some conclusions. There are three truths that need to be emphasized (which I included in my introduction but repeat here because I feel they are so vital to our future health and well-being):

I find it more than a little interesting that no one is talking about these truths.

In current marketing, nutrition science is used to distract us from the fact that eating fast-food, drive-through dinner in a bucket; drinking chemical brews fizzy with bubbles and loaded with sugar is making us unhealthy and obese. It is the manipulation of science in the service of big business and bigger profit. This manipulation results in massive profits, massive amounts of money being made; which feeds a sort of collective amnesia, which fuels the cowardice of government and even credible science.

Think about it. Whenever the media presents bad news about the way we eat—a recall for example—the first response is from some government talking head assuring us that this or that study is being reviewed and we should carry on as usual, eat as usual; that our food supply is the safest in the world. We really know the outcome before it’s announced: The government review will be inconclusive and the offending product will be defended by the industry in question’s nutrition expert. The study is questioned. More experts testify. The whole circus is designed to slow the flow of information so that we forget there was a problem or are so confused that we can’t follow the facts.

Look at what happened in 2008 when roughly 143 million pounds of beef was recalled by the USDA because Westland/Hallmark Meat Packing Company in California had allowed “downed cows” (an indication of mad cow disease) to get into the food supply. The largest meat recall prior to that was in 1999, when 35 million pounds of beef were pulled off shelves for listeria contamination. Almost immediately upon recalling the product, the then undersecretary of agriculture, Richard Raymond said, “We do not feel this product presents a health risk of any significance. But the product was in noncompliance with our regulations.”

That’s why they recalled the beef? Not because of the risk of having potentially diseased animal meat in our food supply?

And the meat sizzled on.

Instead of presenting the consumer with the simple facts, we are subjected to complicate reports, studies, statistics . . . semantic tap-dancing. Instead of advising our overweight population to eat real, whole, unprocessed foods, we pick food apart, looking for the magic bullet that will cure all our ills . . . and still allow us to indulge our passions for fast food.

It’s this search for the single cause, the single ingredient . . . the one evildoer in food that is keeping the status quo. Nutrition science, pharmaceutical companies, and even medicine perpetuate this promise of a new discovery that holds the key to perfect health. And we just behave as we like, waiting for that bright, shiny day when someone else makes it all right again . . . without any painful change.