The Dirty Dozen: 12 Foods You Should Always Buy Organic 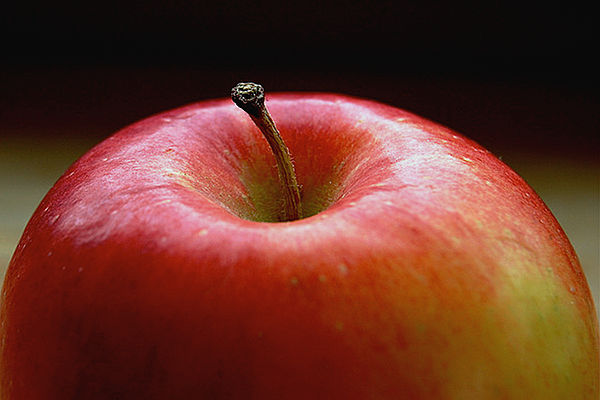 We have all heard time and time again to “always choose organic” or that “organic is better.”  We’ve learned to ‘eat this, not that’, and how to read labels. We put time and effort into preparing our meals, and exploring new vegan dishes for friends and family to try. And if any of you are like me, you pride yourself on being healthy and knowledgeable. You feel great after a healthy meal, or a good workout. But what if we are missing a key element to our health, a considerably vital factor, at a fairly basic level?

When we purchase organics, we are helping reduce the pesticides that harm our environment. Eliminating these pesticides is crucial not only to the health of our environment, but also to our bodies as well. Studies have found links between high levels of pesticide intake and neurological damage (including Parkinson’s Disease and Alzheimer’s), as well as endocrine and reproductive disorders.

However, despite the documented health and environmental impacts of pesticides, a common concern about buying organic is how expensive it can be. Some families explain they simply cannot afford it! Understandable. However – there is always a solution.

The Environmental Working Group releases annual studies that analyze data from the Department of Agriculture. They closely examine pesticide residue on a large number of fruits and vegetables. They believe we can all significantly reduce our exposure to these harmful pesticides by approximately 80% if we purchase organic produce. But what if you can’t afford to buy all organic produce?

The following list summarizes the “dirtiest” or most pesticide-laden produce items. If you can only swing a few organic items at the grocery store each week, make sure to prioritize these fruits and vegetables.

The old saying “an apple a day keeps the doctor away” now includes an important caveat. With more than 40 different pesticides detected, apples are consistently rated among the dirtiest produce items. With 7 known carcinogens, 19 suspected hormone disruptors, 10 neurotoxins, and 6 developmental or reproductive toxins, non-organic apples are a petri dish for negative health effects in humans. Insect threats and fungus push farmers to spray several kinds of chemicals over their orchards. This means that you should also try to purchase organic apple juice and applesauce, as traces of pesticides have been found in them as well!

USDA testing has discovered more than 60 different pesticides on celery. A whopping 13 of these pesticides are known cancer causing carcinogens. If you can’t find organic celery, try using onions or broccoli for a lower-pesticide alternative.

Nearly 60 kinds of pesticides have been found on strawberries! Given their delicate flesh and lack of a protective skin, many of the pesticides sprayed on strawberries can be found in the final product. The majority of these pesticides are suspected hormone disruptors. If organic strawberries are unavailable or too expensive, pineapple and kiwi are two of the lowest pesticide fruits.

More than 60 kinds of pesticides have been found on peaches. It seems due to this tree fruits fuzzy skin and vulnerability to insects and mold, the majority of these pesticides are disappointingly retained. Can’t find organic peaches? Shopping at farmers markets is a great idea. While organics aren’t always guaranteed – we can alternatively discuss the use of pesticides with the farmers themselves, to help make a more informed buying decision.

With 48 types of pesticides, Spinach is the leading contender in the leafy greens category. Two of the most commonly used types of pesticides found in spinach are permethrin and dimethoate, which are both potential human carcinogens. With over exposure to these pesticides, we have increased chances in developing many types of disorders including those of the brain, and nervous system. Alternatively, canned spinach has been proven to carry less pesticide residues when organics are not an option.

Yet another tree fruit found with high levels of pesticide residue, USDA data has found 33 different pesticides on nectarines, and 7 of these are known carcinogens. If organic nectarines aren’t available, Pineapples, papaya, or mangos make for great alternatives.

Over 30 pesticides have been found on grapes. A large portion of these pesticides are neurotoxins and potential hormone disruptors. Imported grapes have shown to carry even higher levels of pesticide residues. When organic grapes are not an option, domestically grown grapes are a smarter purchase.

Nearly 50 kinds of pesticides have been detected on sweet bell peppers – and yes all colors included! This cooking favourite veggie retains 11 known or probable carcinogens, 26 suspected hormone disruptors, 13 neurotoxins, and even carries a high level of bee toxins. With numbers like these, its Organic pepper or no pepper!

America’s favourite vegetable, the potato! While potatoes are a vegetable of the ground, and generally perceived as safer, the USDA data reveals 37 pesticide residues detected on the potato. Sweet potatoes are on the “Clean 15” list, and make a great alternative!

Coming in at #10 on our list, with just over 50 types of pesticides detected is the blueberry. Surprisingly, frozen blueberries have proved to be slightly less contaminated, however, obvious alternatives like cranberries and raspberries are still high in pesticides, even though they didn’t make the dirty dozen list. Feeling the blueberry blues? When organics are not an option, consider using bananas to top up your morning cereal.

With more than 50 pesticide residues found, lettuce joins Spinach in the leafy greens category. The next time you’re making a salad and the organic lettuce cannot be found, cabbage is an excellent alternative. Very few sprays are required on cabbage, and luckily it doesn’t retain much of them. It does however retain beta carotene, an antioxidant known for its possible cancer fighting attributes!

A true superfood, Kale is known for its many health benefits, including several cancer fighting antioxidants. Unfortunately we do more harm than good by consuming non organic Kale. USDA testing shows 55 types of pesticides found on kale for the past 2 years consecutively. Safer alternatives to kale include cabbage, broccoli or dandelion greens.

Next time you’re browsing the produce section of your local market, keep this list in mind to help you make smart, healthy and budget-friendly tradeoffs!