Spicing It Up with Cumin: Health Benefits, Tips, and Recipes 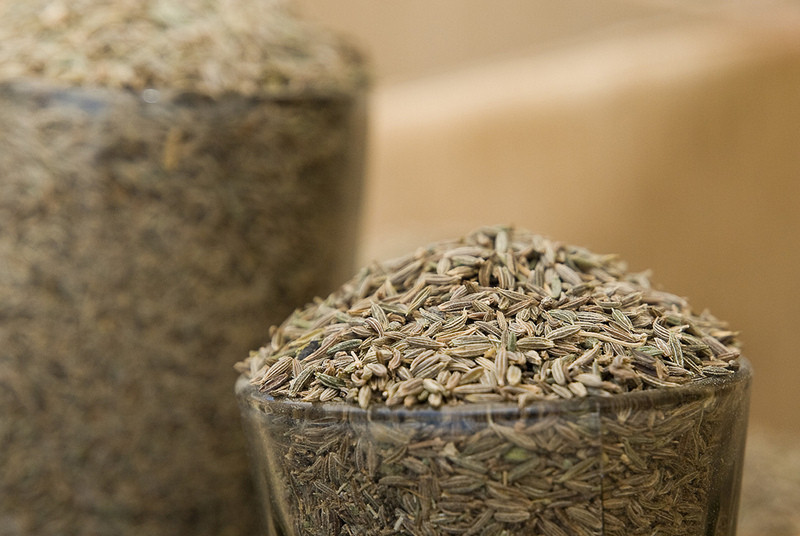 Cumin, an oblong seed with ridges and a yellow-brown color, has been used since ancient times in Mediterranean and Asian cuisine.  It originated in Egypt and belongs to the same family as caraway, parsley, and dill.  Not only is this spice commonly found in Mexican, Mediterranean, Indian, and Middle Eastern dishes, but has also been used for centuries in Ayurvedic medicine for its healing properties.  Cumin is available both as the whole seed or ground into a brown powder.  It is time to become acquainted with this little seed that has the ability to add wonderful complexity and depth of flavor to your savory dishes.

Aid digestion –  Cumin has been found to aid in digestion by stimulating the liver to secrete more bile.  This aids in the breakdown of fats and the absorption of nutrients, all of which create a healthier digestive tract.  In fact, studies with rats have shown that bile secretion increased by 71% after consumption of cumin.  It also stimulates the secretion of pancreatic enzymes, which help break down carbohydrates, fats, and proteins.

Good source of essential minerals – Cumin is an excellent source of iron, with 1 tablespoon of cumin containing 20% of the recommended daily value.  Iron is needed by blood cells to transport oxygen from the lungs to the cells and is vital for a healthy immune system.  Cumin is also a good source of magnesium, which is known to promote heart health by controlling blood pressure, as well as aiding in calcium absorption.  Cumin provides 6% of the recommended daily value in 1 tablespoon.

Anti-carcinogenic properties – Laboratory studies with animals have found that cumin can help reduce the risk of stomach and liver cancer.  Cumin has been found to have unique cancer and inflammation fighting agents, which include phthalides and polyacetylenes.  Cumin is also known to increase the activity of the enzyme glutathione-S-transferase, which works to eliminate cancer causing substances from the body.

Cumin is a standard spice in hummus and many curries, but here are a few tips to add more cumin into your repertoire.

1.  Using cumin is a way to add umami (savoriness) to a dish.  Add it to chili, stir fries, or other dishes that you want to give a sense of heartiness.

2.  Cumin is a wonderful complement to dishes containing legumes.  Sprinkle it onto your beans, lentils, and chickpeas for a surprising depth of flavor.

3.  When buying cumin, buy organic brands that have not been irradiated.  Irradiation destroys the vitamins, minerals, antioxidant, and other beneficial properties found in the seed.

4.  Drinking cumin tea is a great way to ease indigestion, flatulence, nausea, or other digestive issues.  This can be made by adding 1 teaspoon of cumin seeds to 8 ounces of boiling water and allowing to steep for up to 5 minutes.