Get Your Fatty Acids On! Our Top Plant-based Omega Supplement Picks 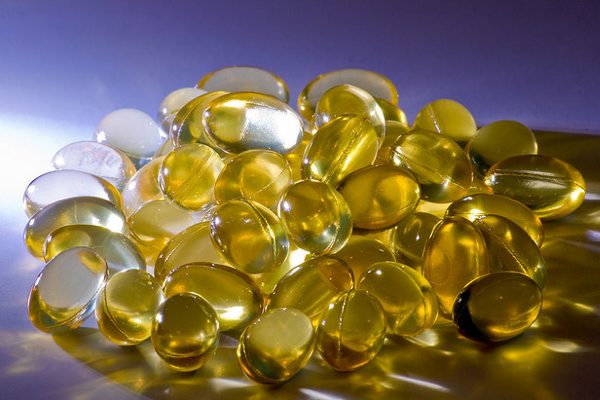 Omega 3 and Omega 6 are the two main categories of Essential Fatty Acids, or EFAs. They are considered “essential” because they are not made by the human body, and thus must be obtained either from foods or supplements. Omega 9s are an important third class of omegas, but they are not considered essential, as they can be produced by the body.

In general, essential fatty acids are important for proper cardiovascular, immune, nervous, and reproductive system functioning. They also play a critical role in the formation and functioning of cell membranes throughout the body.

Many Americans are deficient in omega 3s, which are primarily found in coldwater fish, flax seeds and oil, walnuts, spirulina, leafy greens, cruciferous vegetables, and other nuts and seeds. All these foods (minus the fish) are great vegan sources of omega 3 fatty acids.

Omega 6s have been shown to help defend the body against cancer, rheumatoid arthritis, eczema, psoriasis, diabetic neuropathy and even PMS! Unfortunately, though, many of us are getting too much of a good thing, at least relatively speaking.

Many people over-consume omega 6s relative to omega 3s, namely due to the limited types of oils used (and over-consumed) in processed foods. Over-consumption of omega 6s can increase inflammation throughout the body – an important risk factor for chronic diseases like cancer, diabetes, stroke, and heart disease.

Minimizing consumption of processed foods and favoring flax, olive, and grape seed oil in cooking and dressings can help ensure a healthier balance of omega 3s and 6s. Taking an omega 3 supplement to help balance out omega 6 consumption can also be beneficial.

Omega 9 fatty acids protect against heart disease and certain cancers, and can easily be obtained through olives and olive oil, avocados, and most types of nuts.

The recommended ratio of omega 3 to omega 6 intake is somewhere between 1:1 and 1:4. Most Western diets fall closer to 16:1!

While it’s great to try to achieve an optimal omega 3 to omega 6 ratio in the diet, if you find yourself falling short on omega 3s, you may want to consider one of the following supplement options. All selection are vegan, including the EFAs themselves, as well as the capsules.

DEVA also makes an omega-3 supplement derived from organic, cold-pressed flaxseeds – the Vegan Flaxseed Oil formula. This flax supplement is a great option for vegans and anyone who prefers to avoid the fishy taste of fish oil supplements. Finally, DEVA’s Chia Seed Oil capsules are another excellent source of omega 3, 6 and 9, and bring many of the additional health benefits of chia seeds!

Ovega-3’s DHA + EPA supplement is another popular option for a plant-based omega boost. The 500mg softgels contain algae-sourced omegas, and are guaranteed free of PCBs, mercury, and other potentially harmful substances. Life Extension produces a similar supplement, the Super Omega-3, which also contains DHA and EPA. These capsules are enteric coated for easier digestion, and contain beneficial sesame lignans and olive fruit extract.

If you prefer a liquid supplement, check out Barlean’s Total Omega 3-6-9 Vegan Swirl. The vegan version comes in a delicious Pomegranate Blueberry flavor described as having the taste and texture of a fruit smoothie.

Did we miss your favorite vegan omega supplement? Tell us about it in the comments section below!