Obesity and the First Law of the Jungle 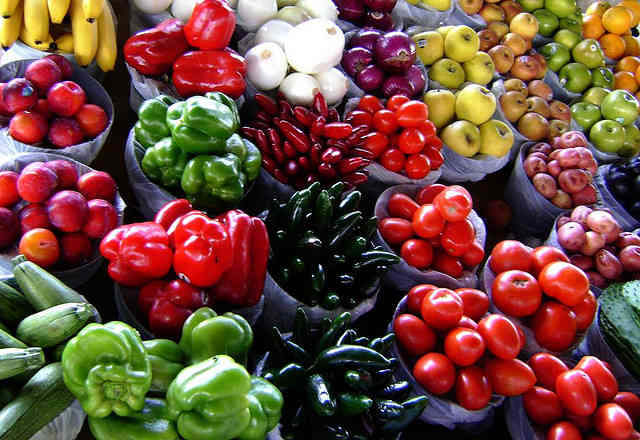 You should know this about me: the combination of stress and advancing hunger can make me into a sour, irritable grump.

When this happens, I lose the ability to focus on anything but a logical and fast plan to get some calories. I’ll snap at anybody who doesn’t seem to grasp the supreme seriousness of the situation.

People! I need FOOD! STAT! Don’t you understand how crappy I feel?

This is not me in my most lovable state. But it is me: a moving bag of salt water, wired with millions of years of evolutionary wisdom. Oh, I make promises. I swear that I will never get to this point of hunger again. I will be smarter next time. I will eat before I get this hungry. I will eat more than I need to, just in case the next meal doesn’t come in time.

You have made this promise too. Every animal has. Every parent of every human, of every animal, has — since the beginning of humans, the beginning of animals. You will make this promise again because you — like me, like our ancestors — must follow The First Law of the Jungle. And it is This Law that has to be reckoned with because it’s This Law that explains our losing struggle to curb a rise of obesity so massive, so pervasive, and so global.

I want you to watch this hilarious clip from James Usy’s classic 1974 film Animals are Beautiful People, in which a host of animals gorge themselves silly on fermenting marula fruit. Watch how these animals, uncorrupted by media and marketing, bad parenting and video games, transform from gracious creatures into food junkies when they come across this huge bounty of fallen fruit.

This is the First Law in action. The fruit won’t last forever, it must be eaten now.

Here are these creatures, in-tune with nature, pathetically stuffing themselves silly despite – or perhaps because of – the marula’s intoxicating effect. Skinny birds stand on the sidelines watching the bizarre spectacle with disapproving eyes. The marula fruit is literally destroying their ability to function, they can’t even stand, and yet they continue to eat.

It’s an extreme example. Sure. Yet we all relate to it. We laugh at the silly animals, and, at the same time, we are laughing at ourselves. We too follow The First Law of The Jungle: Eat whenever you can. Finish your plate. Have just one more bite. This cookie is too damn good to pass up, who knows when another one like this will come along?

Fortunately for the animal kingdom, it’s speculated that this marula tree incident was likely staged.* An all-you-can-eat buffet is a rare treat. In the jungle, finding food is a full time job that everyone must take. And so biology has been smart enough to wire all animals with an intense desire and a great capacity to eat when food is available. You and I both have that same wiring.

The principle difference between us and the animals of the jungle is that we left the jungle — or tore it down — so that we could plant as many trees as we wanted. Naturally, we want as many as we can possibly have. We don’t want to feel the pain of hunger and starvation. We want to feel the heavenly bliss of food caressing our taste buds, tingling our bellies and exciting our brains. Who could blame us? It is in our genes. It’s a matter of survival. 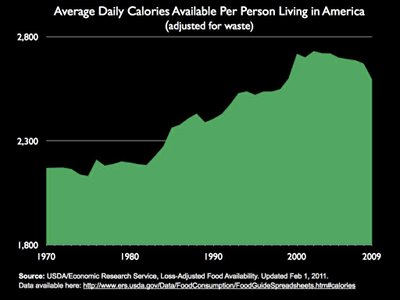 There are many explanations for what has happened. And we must understand them. I must and you must. Because it is happening to you and me as much as it is happening to the rest of the world. Perhaps you and I can do something about it.

It is clear that our world has changed: the food we eat is vastly different from the food we ate 100 years ago. The way we live is also vastly different. The simplest way to sum up this change is to say that there is way more food around and it is way easier to get it. The food that is easiest to access is also different — it is highly processed, highly concentrated, super-sized and full of meat and other animal products. In other words, it is ultra-packed with energy. 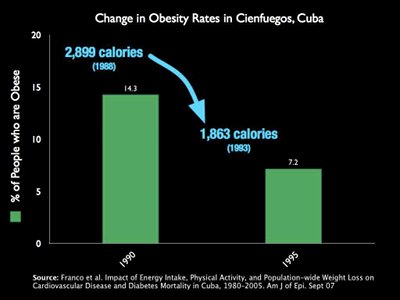 We, as animals, however, have not really changed. We still follow The Laws of the Jungle. We eat these new foods whenever we can, and now, that ‘whenever’ is much more often.

And so we grow fat.

It really is this simple. Why this has happened and what to do about is enormously complex. Of course.

The problem reminds me of a fantasy I have. I am locked inside WholeFoods and everyone has left for the night. I am surrounded by thousands of unbelievably delicious foods and treats. At no charge. There is no shortage. I will eat everything I can, and it will barely make a dent. No one will even notice the half-empty food containers in the garbage when the doors open in the a.m.

Is it possible that we all have this fantasy? That we are creating a world where we all live inside a grocery store that is as close to free as possible and always open?

As many an adage goes: You must know your past to control your destiny. It is time for us to re-architect our world. To do that effectively, we must acknowledge The Laws of the Jungle that rule us. They are here to stay.

For myself, I’ve started to re-architect my world by making my own policies – I’ll only shop from certain aisles in the grocery. I’ll stick to plant foods made directly from the earth and turn down meat, dairy and other animal products. I believe that I can have the most joyous and healthy life if I chose foods that best align with my values and needs. I’ll put my money where my mouth is to do my part to nudge this world in a different direction.

So what are you doing? How are you making your voice heard?