Athletes in every sport stand as examples of strength, discipline and sheer physical power. Their ability to perform the tasks necessary to lift obscene amounts of weight, fight an opponent or run incredible distances is truly awe inspiring. Seriously, sometimes it feels like getting the lid off of the almond butter is impossible, the strength is takes to clean and jerk 500 pounds must be staggering!

With great athletic prowess comes a host of perceptions about what these people are like and what fuels their abilities. The general consensus tends to lean toward viewing athletes as meat guzzling, animal protein junkies and, to be fair, those athletes certainly exist. But just like any generality, it doesn’t apply to everyone! There are plenty of athletes that are not only powered entirely by plants, they dominate in their field as well.

These unstoppable forces of nature are awesome examples of the power of plant based foods. Easily supplying the nutritional requirements to fuel our bodies, even the most elite athletes are able to survive and thrive without consuming animal products to do it. But, don’t take our word for it! Check out the laundry list of accomplishments these talented and dedicated folks have racked up, all while being powered by plants.

This X Division, World Tag Team and World Heavyweight Champion TNA wrestler went vegan in 2011. Recently he stared in PETA2’s Try Vegan campaign, urging people to give a plant based diet a try. Just looking at him you know that he’s not suffering physically for his choice, clocking in at 210 pounds on his 5-foot-9 frame.

“It’s about understanding that we have choices in the foods we eat,” he said of his reasons for choosing plant foods. “A lot that is put out there by the corporate food system just isn’t very good for us. At the end of the day, it’s up to us to take the power back, inform ourselves, learn about the food that’s in place and maybe force corporations to have a little more social responsibility.” 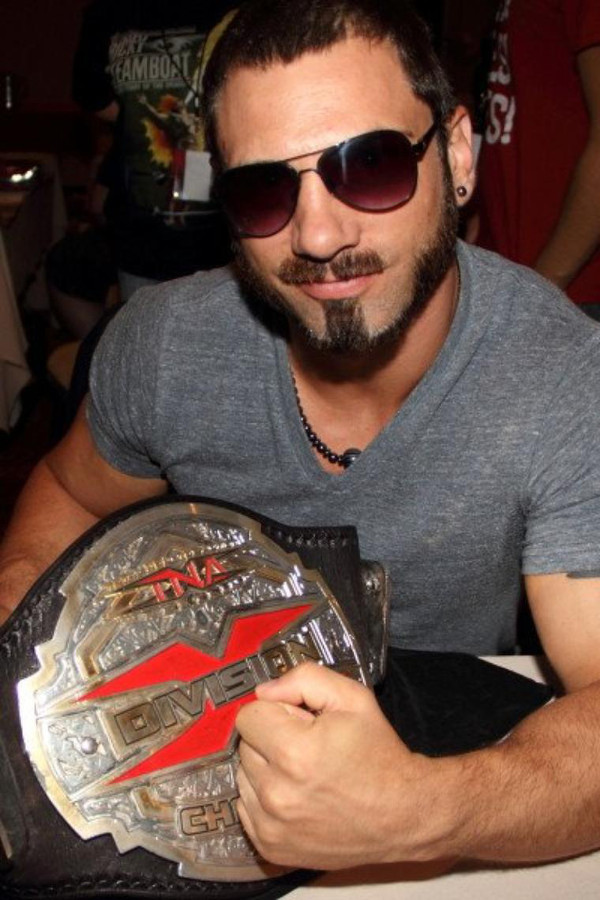 At just 16, Blanco is a member of the Surfing America team who made the transition to a completely plant based diet from her lifelong vegetarian one after reading The China Study and watching Forks Over Knives. When asked if she felt a vegan diet was enough for a top surfer, she said “Yes. In fact, I feel more energized than ever before. I’m rarely ever sore after my workouts. I also find myself reaching a higher athletic level.” 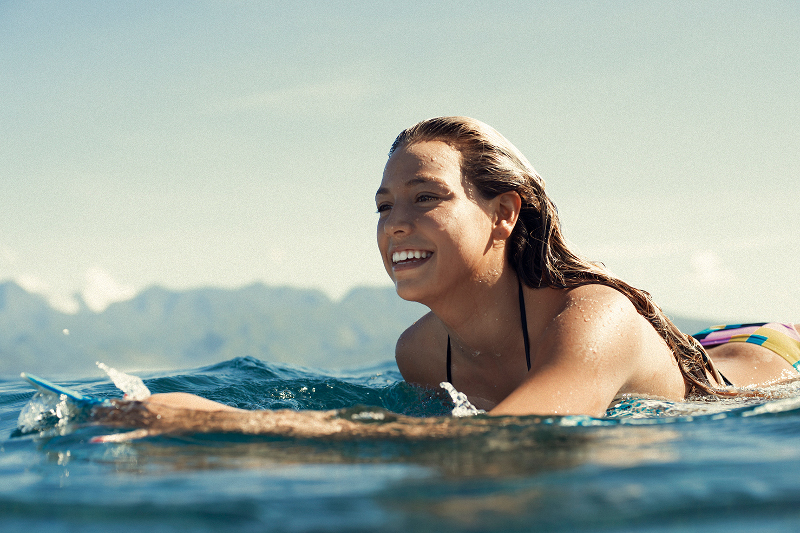 After being diagnosed with Sjogrens Syndrome, an autoimmune disease which produces symptoms of chronic fatigue, shortness of breath and muscle aches, Williams chose to take better care of her body and treat her symptoms by going plant based.  “Changing my diet has made a big difference” she said, “I’m not perfect, so I forgive myself if I make mistakes. I do a lot of juicing as well, a lot of wheat grass shots, a lot of fresh juices.” 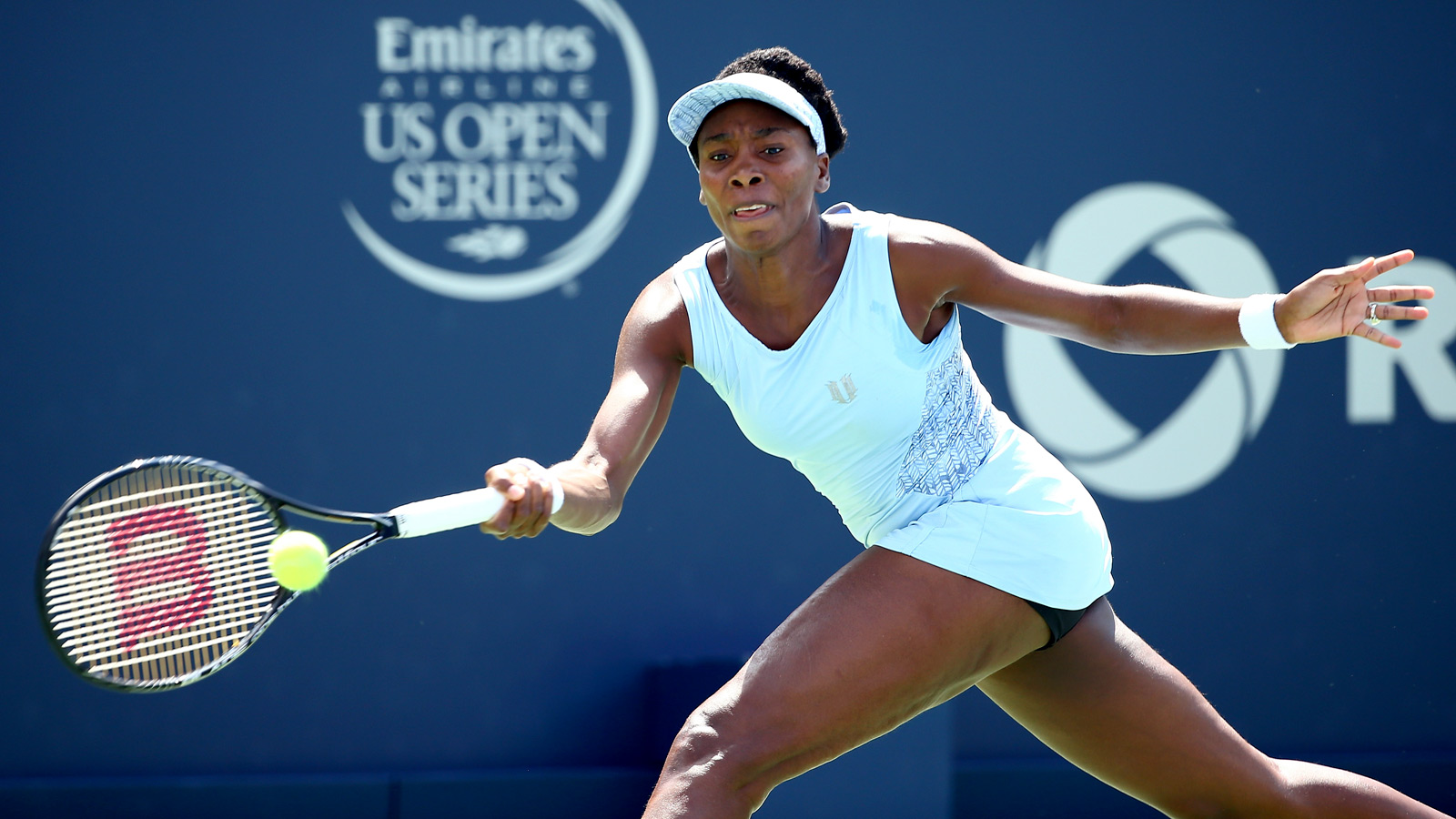 No list of plant based athletes would be complete without this ultra marathon running machine. Winning the Western States Endurance Run (a 100-mile course!) seven years in a row, he’s also an American record holder for running 165.7 miles in 24 hours. He’s a human equivalent of the Energizer Bunny! Vegan since 1997, Jurek’s book Eat and Run is filled with information about running and delicious plant based recipes that the ultra runner credits for his jaw dropping accomplishments. 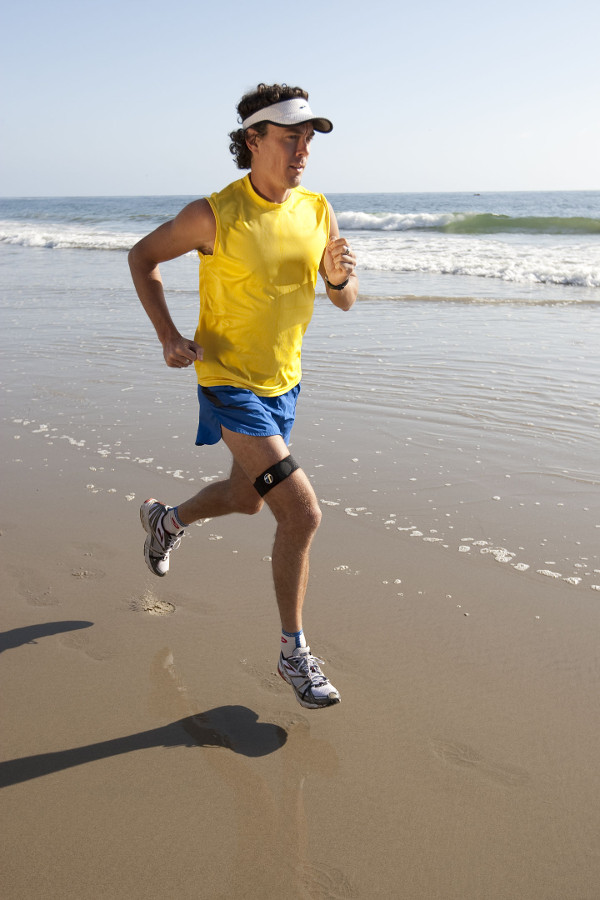 Winner of Spike TV’s  The Ultimate Fighter: United States vs. United Kingdom, Wilks holds a black belt in tae-kwon-do, kickboxing and Brazilian jiu-jitsu. Yeah, we think it’s safe to say that we’re not going to mess with him!  He’s also a full instructor of Jeet -Kune-Do and the founder of PlantAthlete, a resource for people at all levels who want to fuel their bodies on a plant based diet.

In response to the perception that eating meat is “manly,” Wilks quipped, “I mean, I suppose theres some part of being a man that’s showing people that you’re tough so if you can kill animals I suppose, you know, people might thinks that’s tough but really it’s not, is it? It’s not like you’re going bare handed against a lion, that might be tough. You know, the way we eat meat now, in factory farms, that’s nothing to do with being tough whatsoever.” 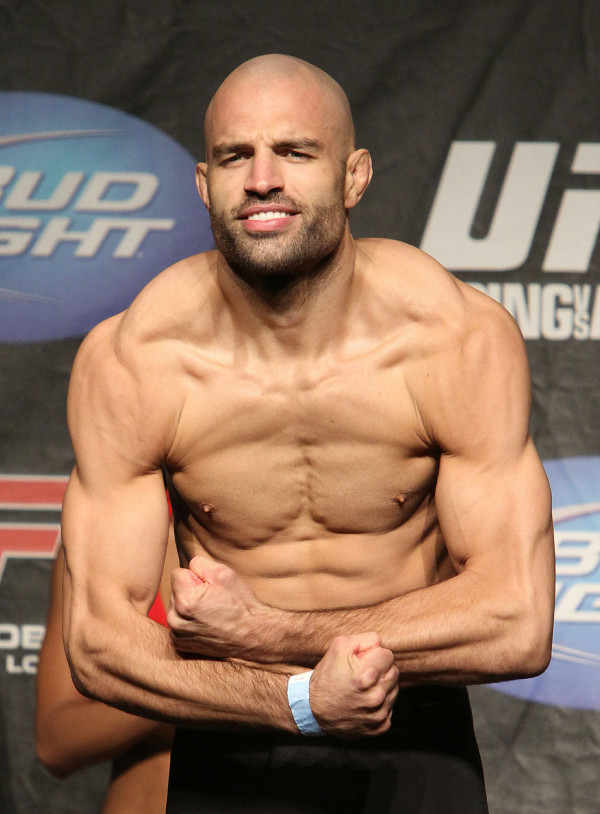 Vegan since she was a teenager, Lang played for the Canadian’s Women’s Football League at 15 and still holds the record for youngest player to score an international goal. Representing her team in two FIFA World Cups and an Olympic Games, Kara stepped away for 2 years due to injury and became a sports analyst. She’s currently mounting a comeback that could get her back on the Canadian team by the 2015 season, bringing her plant power back to the pitch once more! 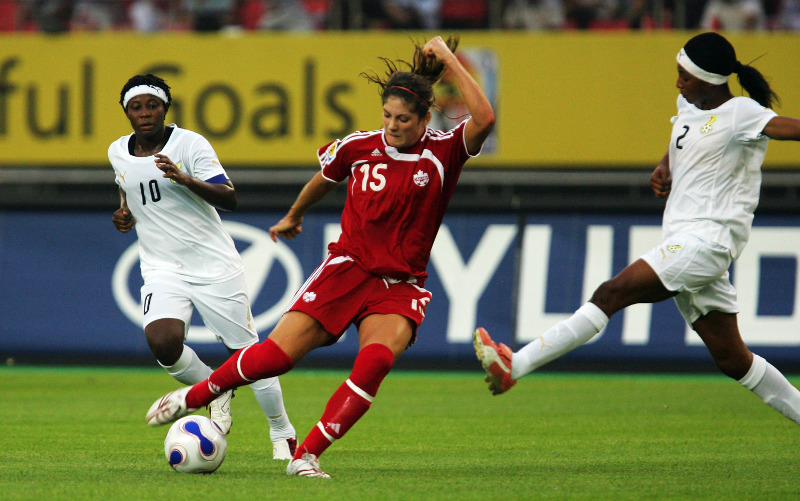 The MLB pitcher was intrigued by the improvement in his performance when he began cutting animal products from his diet in 2005, which led him to complete his transition to an entirely plant based one in 2007. “It really changed my career and I thought. This might be something that takes my career to the next level.” While the benefits to his game were a big motivator, he’s open about animal welfare factoring into his choice as well, going on to say, “I like knowing everything I eat was served in a humane way.” 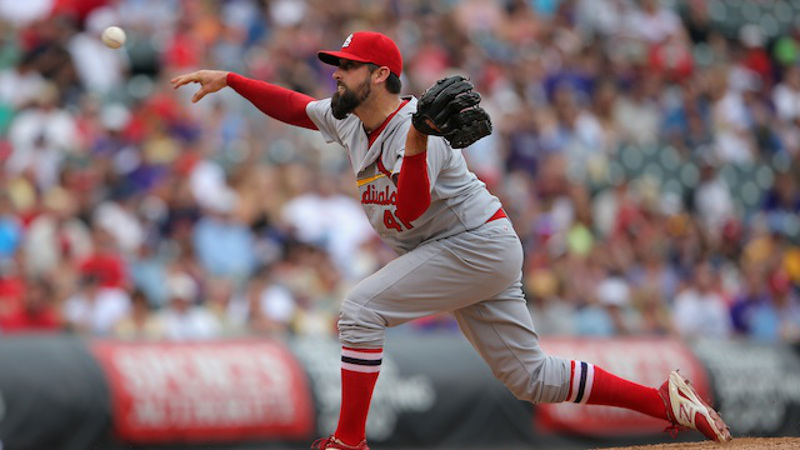 Racking up 60 career victories in mountain biking, Sager has been vegan since he was 17-years-old. “I find being a vegan athlete is an asset in that so much detail is put into your diet that it’s only natural for meals to be of the highest quality-something imperative as an athlete.” With a career that has spanned 10 years and counting, he’s clearly doing something very right! 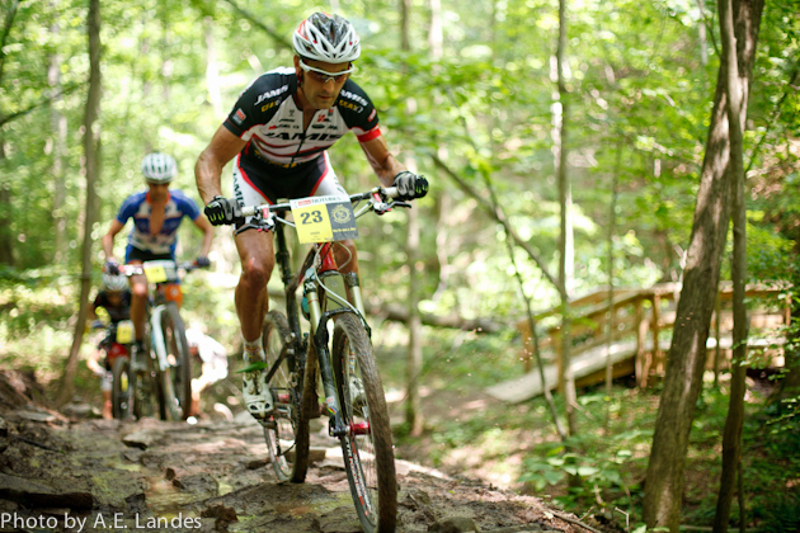 Baboumian won the title of Germany’s Strongest Man in 2011, the same year he went vegan after eating a vegetarian diet for years. He went on to achieve a world record yoke walk in 2013, telling the crowd after the achievement, “This is a message to all those out there that think you need animal products to be fit and strong.” And yes, his shirt says, “I’m a Vegan Badass.” Yes. Yes, you are. 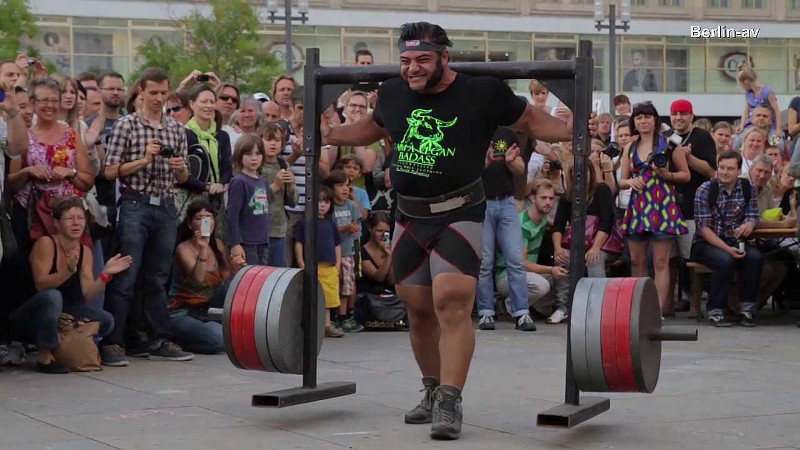 This self proclaimed “Queen of The Extreme” is a marathoner with three world records under her belt. That would be impressive enough, but what makes it even more incredible is that she’s done all of it after a congenital condition caused the loss of her knee cap, the need for a full knee replacement and severe damage to her other knee as a teenager. Doctors said she may never walk correctly again, let alone run, but with determination and a plant based diet, Oakes proved everyone wrong.

She likes that she’s an example to others that you can be strong while eating vegan, saying, “Once, when I won a marathon in a massive course record, the Mayoress who was presenting the prizes told me her daughter had wanted to go vegetarian but she was against it as she was not convinced that it would be ideal for a young girl who was still growing. Seeing what I had just done on a vegan diet had convinced her that it was okay for her daughter, which was the biggest prize I could ever want!” 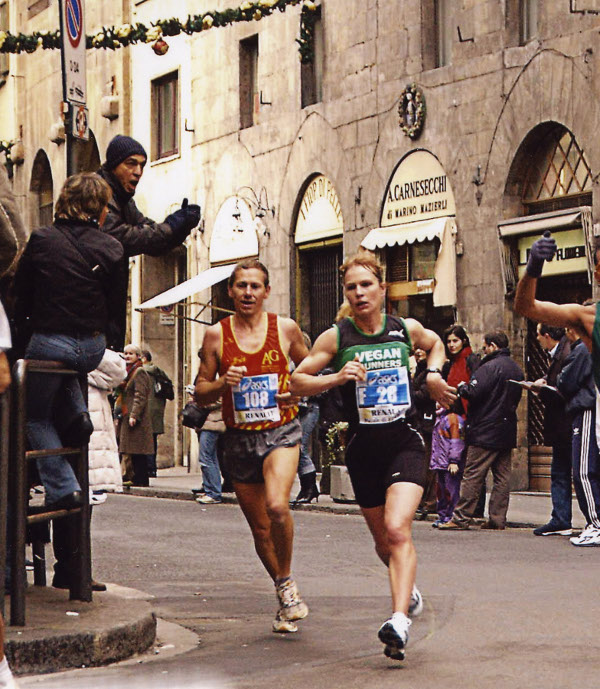