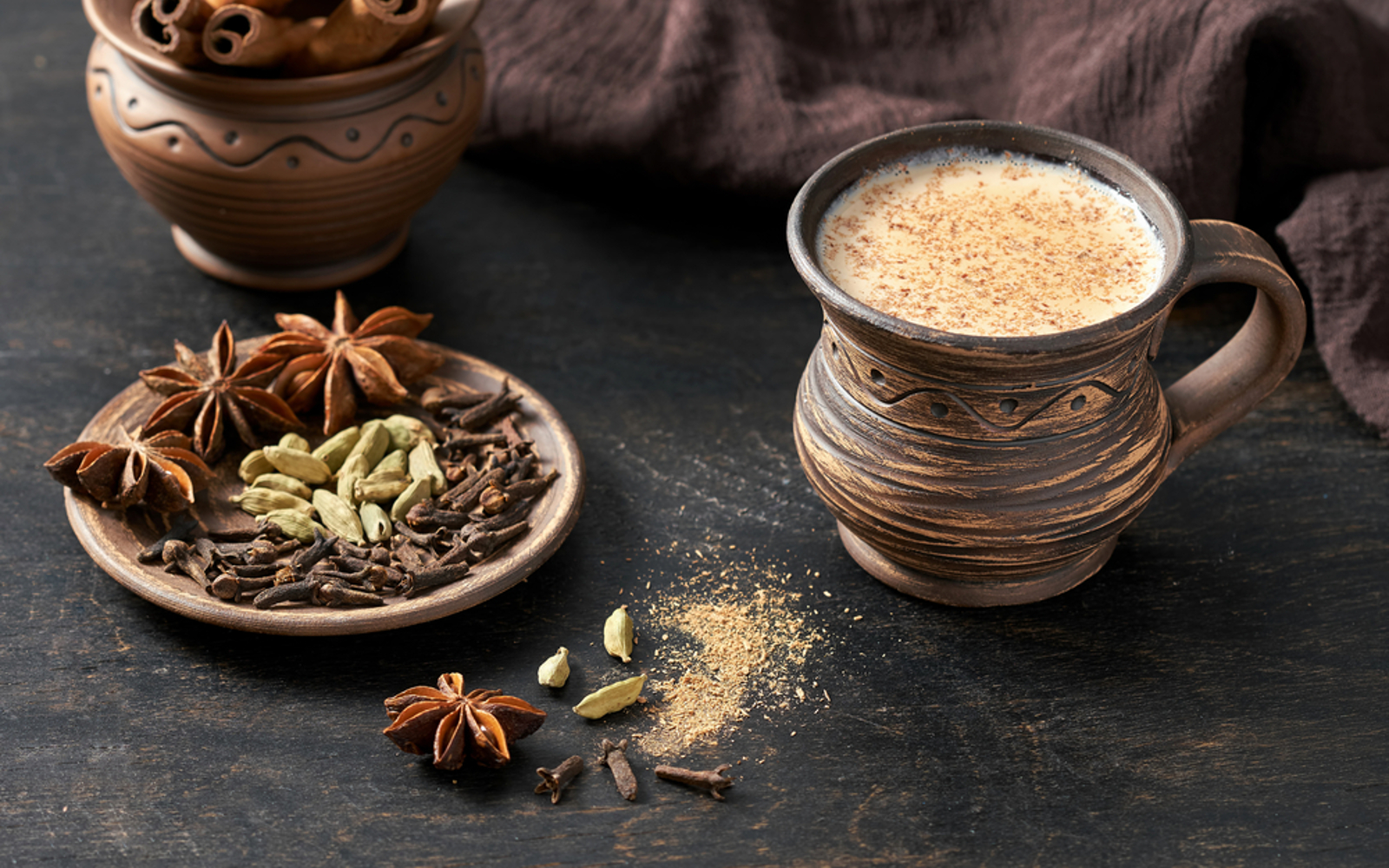 During fall, there is little we love more than the simple comfort of being wrapped up in a cozy blanket with a hot cup of chai. Also known as masala chai (which is Hindi for “spiced tea”), this tasty beverage has been a popular drink in India for thousands of years. Today, chai is almost always brewed with black tea, although it wasn’t until the British colonization of India in the early 1800s that people began to brew chai with milk, sweetener, and black tea. In the early 1900s, the British-owned Indian Tea Association pushed the consumption of Indian tea within India and the new way of drinking chai skyrocketed in popularity.

Traditionally, chai tea has been used as a remedy to treat minor ailments — and with good reason! It turns out, the spices used in masala chai come with a wealth of health benefits. Let’s break down the spices in this latte and why it’s more than just a good-tasting drink:

Cinnamon has been shown to have antibacterial and antifungal properties. Studies have also suggested that it may have anti-inflammatory properties.

Cardamom has traditionally been used in traditional medicines as a digestive aid. Modern studies have suggested that it has anti-microbial properties and it may also benefit certain gastrointestinal health issues and muscle spasms. Cardamom is also one of the most widely-used essential oils in relieving some symptoms of depression.

Allspice, also known as pimento, is rich in antioxidants, has anti-inflammatory properties, may help improve circulation, and more.

Star anise contains two antioxidants that may help protect the body against cellular damage from free radicals and environmental toxins. It also contains antibacterial and antifungal properties, may help fight the flu and persistent colds, improve digestion, and has a calming effect that may help you get better sleep. It may also help increase breast milk production in individuals who are nursing.

Black pepper may aid in digestion and speed up weight loss.

Now that you know why chai spice is good for you, let’s get into how to make it. We searched the Food Monster App and here’s what we found: 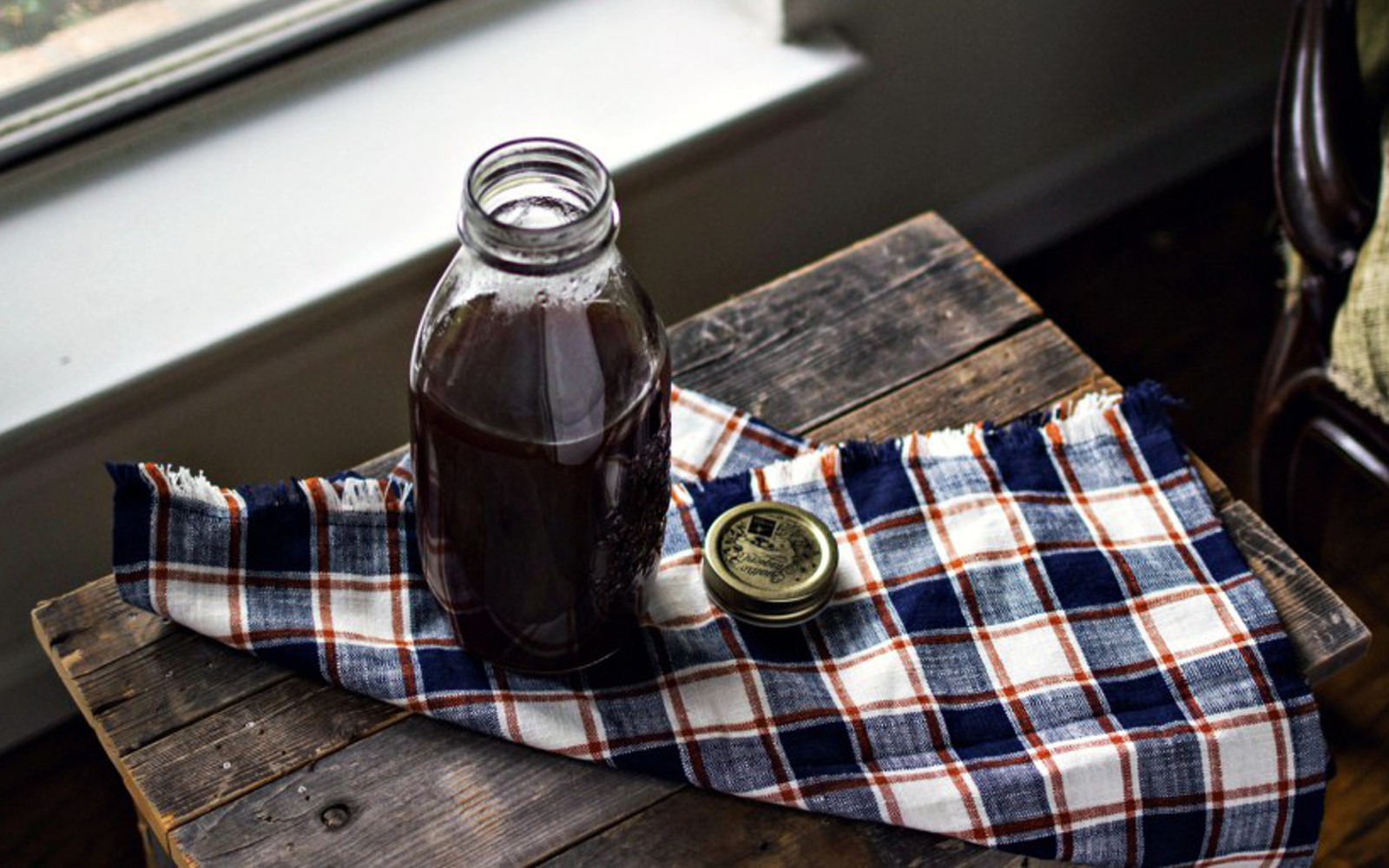 Sounds like a good enough excuse to brew a daily cup of chai! We recommend trying this Tulsi Chai Concentrate by Courtney West. Fresh ginger, cardamom, star anise, and other warm, spicy spices are crushed to release their oils, then boiled together to make a concentrate that will create the best chai tea you’ve ever tasted. The special ingredient here is tulsi — also known as holy basil — which has a spicy, peppery, clove-like flavor. You can use your homemade concentrate to make hot tea, cold tea, or espresso drinks like dirty chai.

If you’re looking for more delicious and seasonal plant-based recipes, then we highly recommend downloading our Food Monster App, which is available for both Android and iPhone, and can also be found on Instagram and Facebook. The app has more than 8,000 plant-based, allergy-friendly recipes, and subscribers gain access to ten new recipes per day. Check it out!