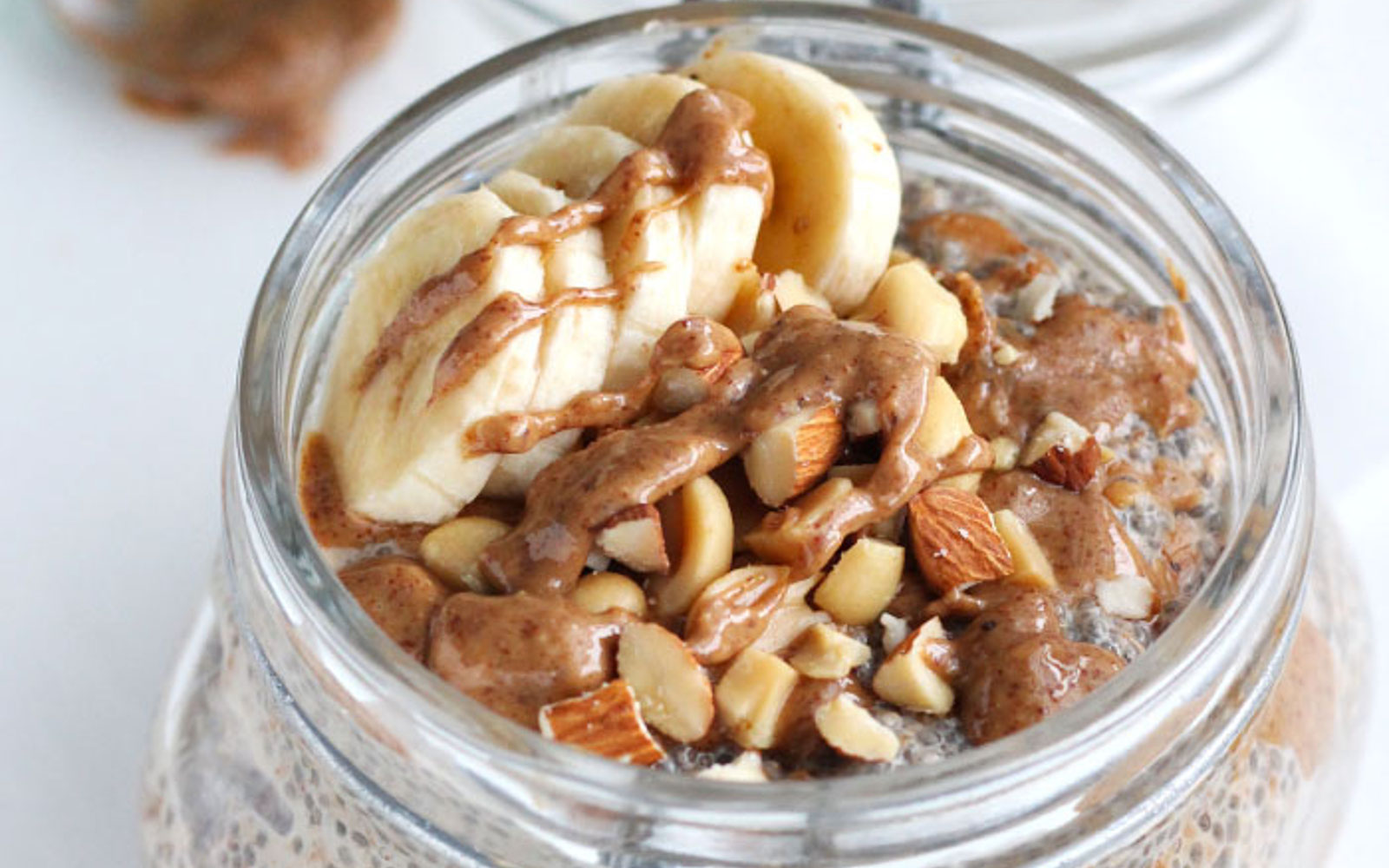 Protein is made up of amino acids. Certain proteins may have a few amino acids — the building blocks of protein — while others have what’s called “complete protein.”

Hold up… how many amino acids are there?

Why is this so important for vegans to understand?

Many of the 20 amino acids that make up proteins are found in meat and animal products, therefore, if you ditch the meat, then you need to be very particular about integrating specific plant-based foods that have at least the nine essential amino acids.

And you’re in luck! There are a handful of plant-based foods, as well as plant-based food combinations, that have the nine essential amino acids. Here are some recipes from the Food Monster App to get you started. 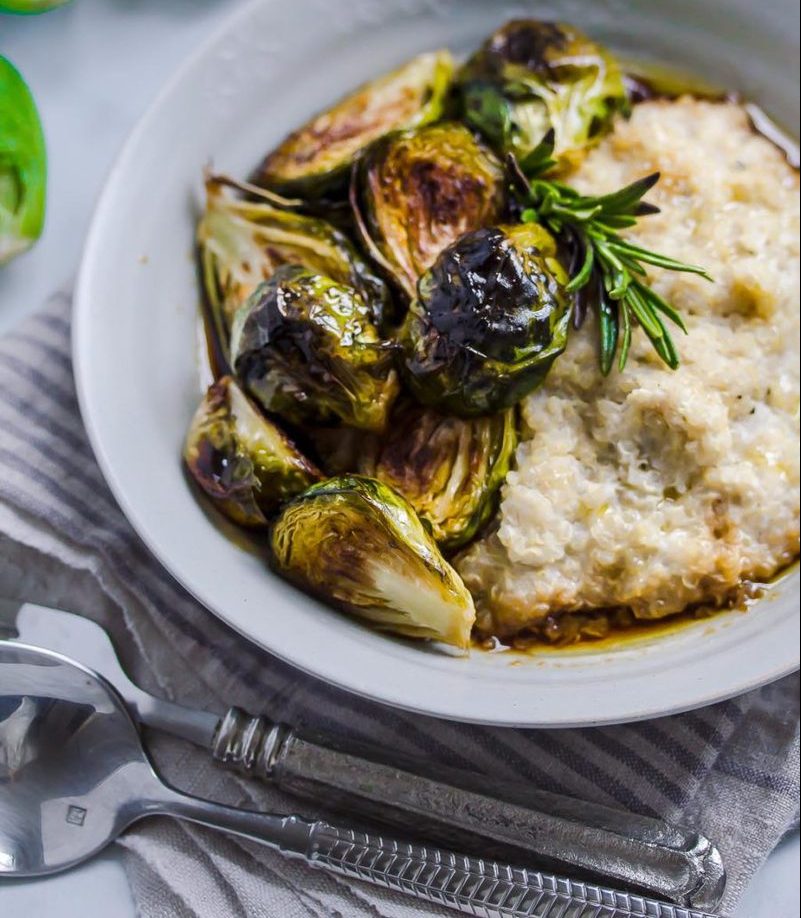 It’s all about the quinoa. Actually, it’s been about quinoa for quite some time. Yet, when it comes to getting protein on a vegan or plant-based diet, it really should be all about quinoa. This is one of those rare plant-based foods that is a complete protein without the help of other foods. This Maple Glazed Brussels Sprouts With Quinoa Risotto recipe by Rachel Carr is just one great example of integrating quinoa into full and robust meals. 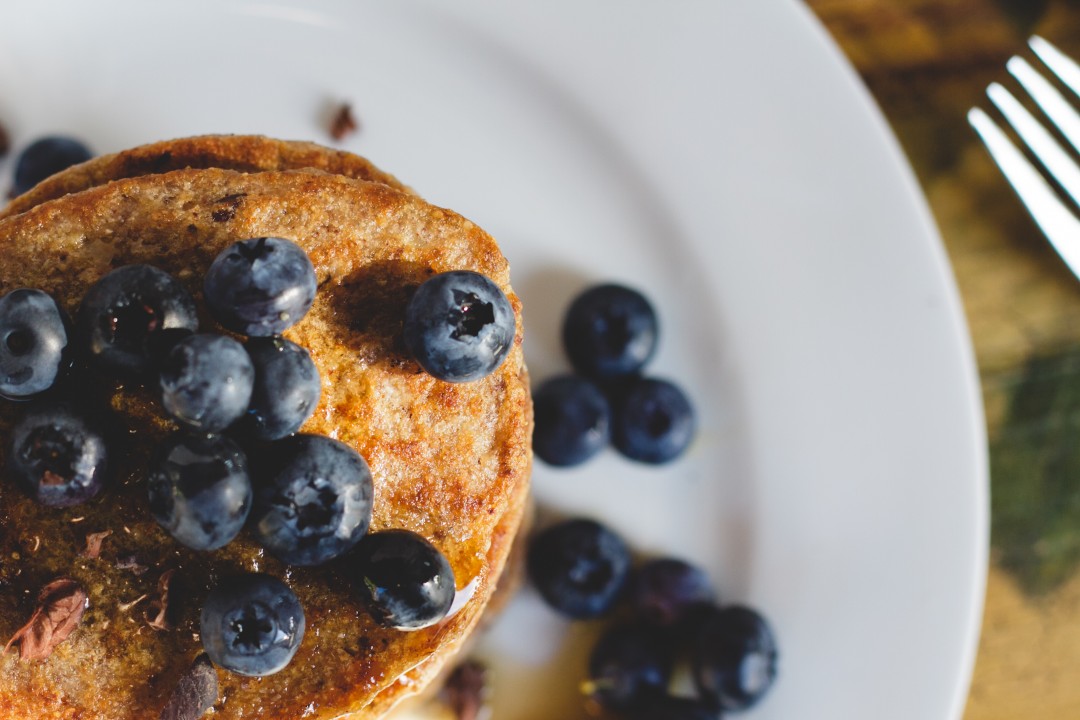 So, let’s say you’re simply not a quinoa fan, how about giving buckwheat a try? You can find this super nutritious and plant-based complete protein in flour form, noodle form, and groat form, making it super versatile in a plant-based kitchen. This Buckwheat Pancakes recipe by Laine Rudolfa offers a great way to start your day with a powerful punch of protein, as well as blueberry-derived antioxidants. 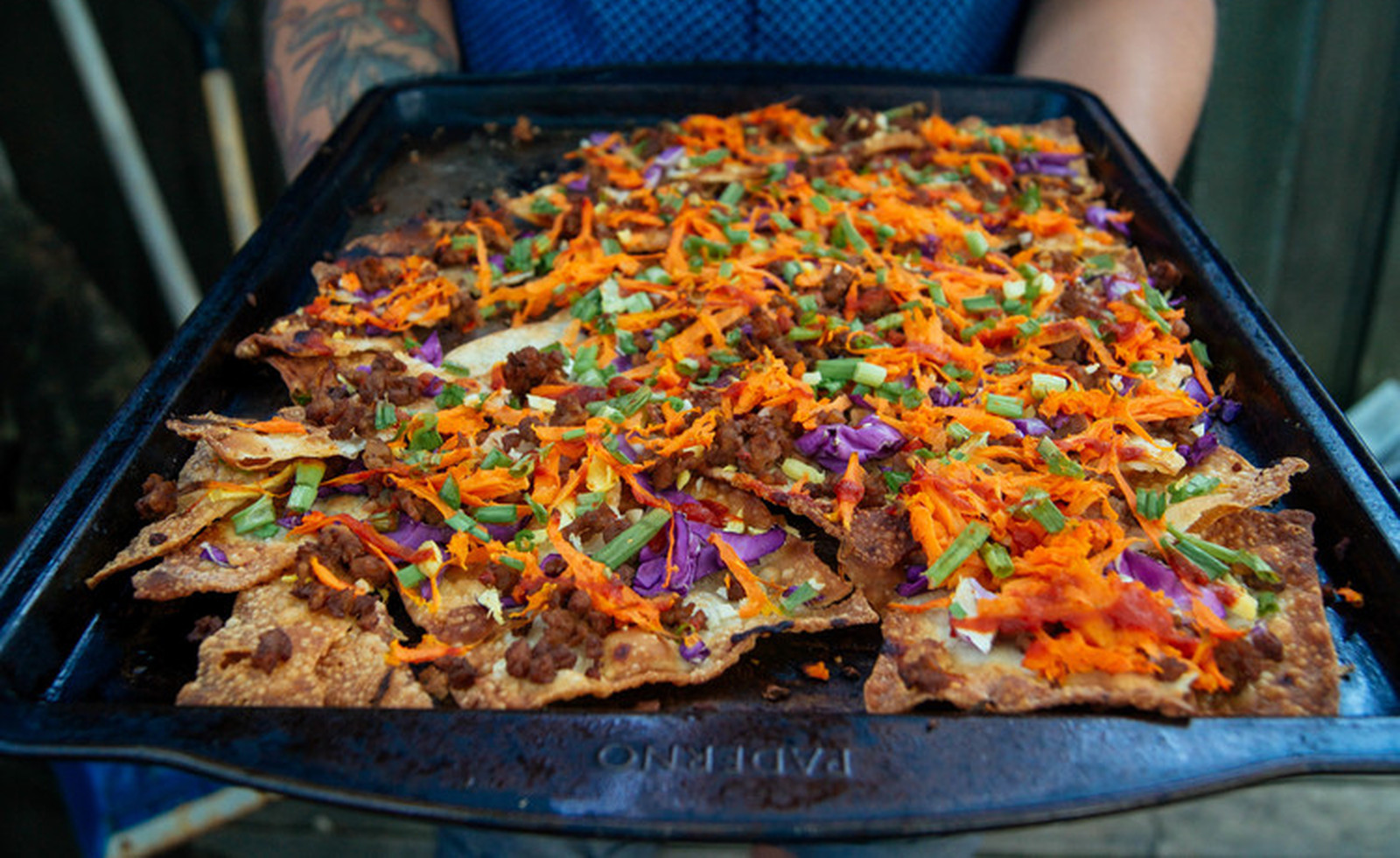 Soy is a great source of plant-based protein and edamame’s are high up on the list! This Wonton Nachos With Edamame Guacamole recipe by Maya Popovich is loaded with protein-rich edamame, as well as a slew of other nutrient-rich and tasty ingredients including avocado, carrots ginger, and garlic. Great for a weekend watching the game! 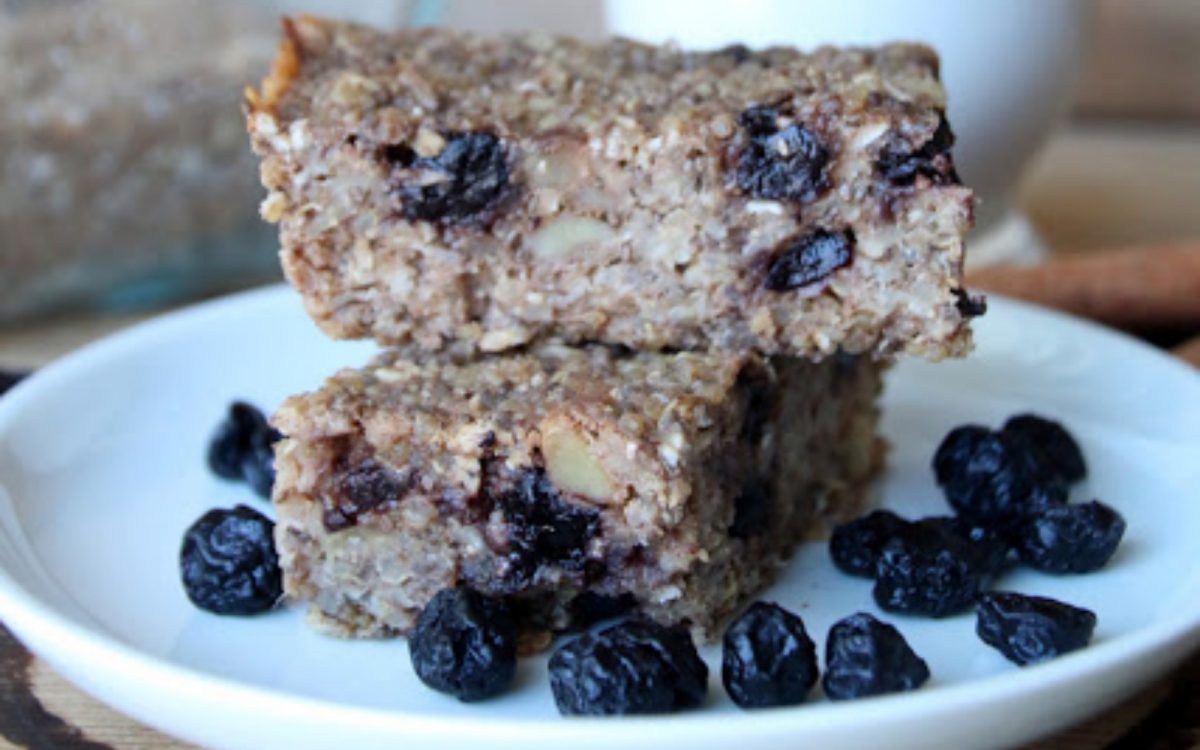 We all know that chia is filled with fiber and a slew of other nutrients, but chia is also an excellent source of protein! While it’s not a complete protein, chia seeds can be mixed with other plant-based foods to round out the protein. This Blueberry and Quinoa Cinnamon Toast Bars recipe by Ashley Smyczek mix chia seeds and quinoa for that perfect protein complex. 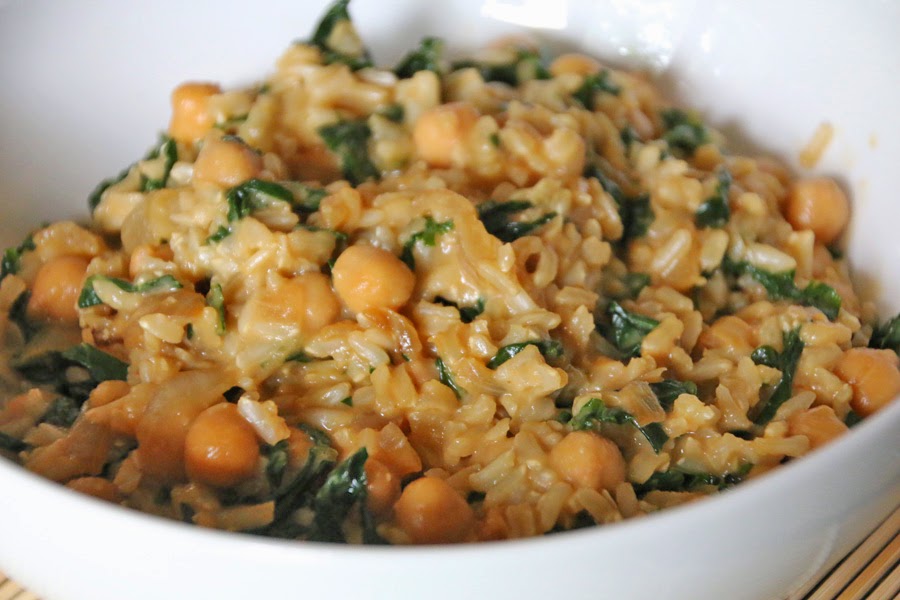 What happens when you mix rice and beans? You get a complete protein! This Chickpea and Kale Asian Rice recipe by Ashley Smyczek is a delicious way to get your full serving of protein throughout the week. 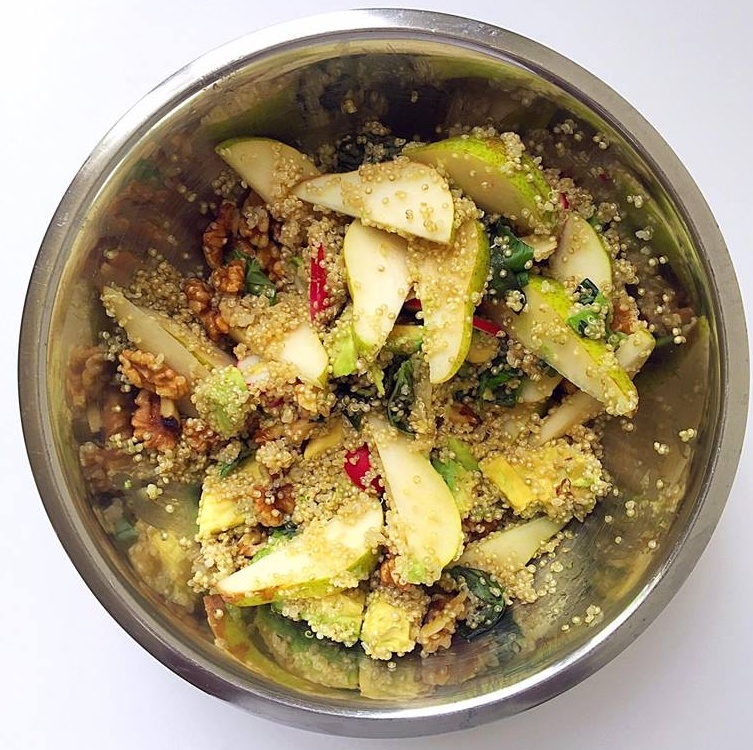 There is simply no underestimating the power of this ancient grain! Quinoa can be used to make breakfast porridge, dinner hamburgers, and even this Quinoa Pear Salad recipe by Medha Swaminathan that is an excellent mid-day boost! Get your fiber and your protein in one sitting. 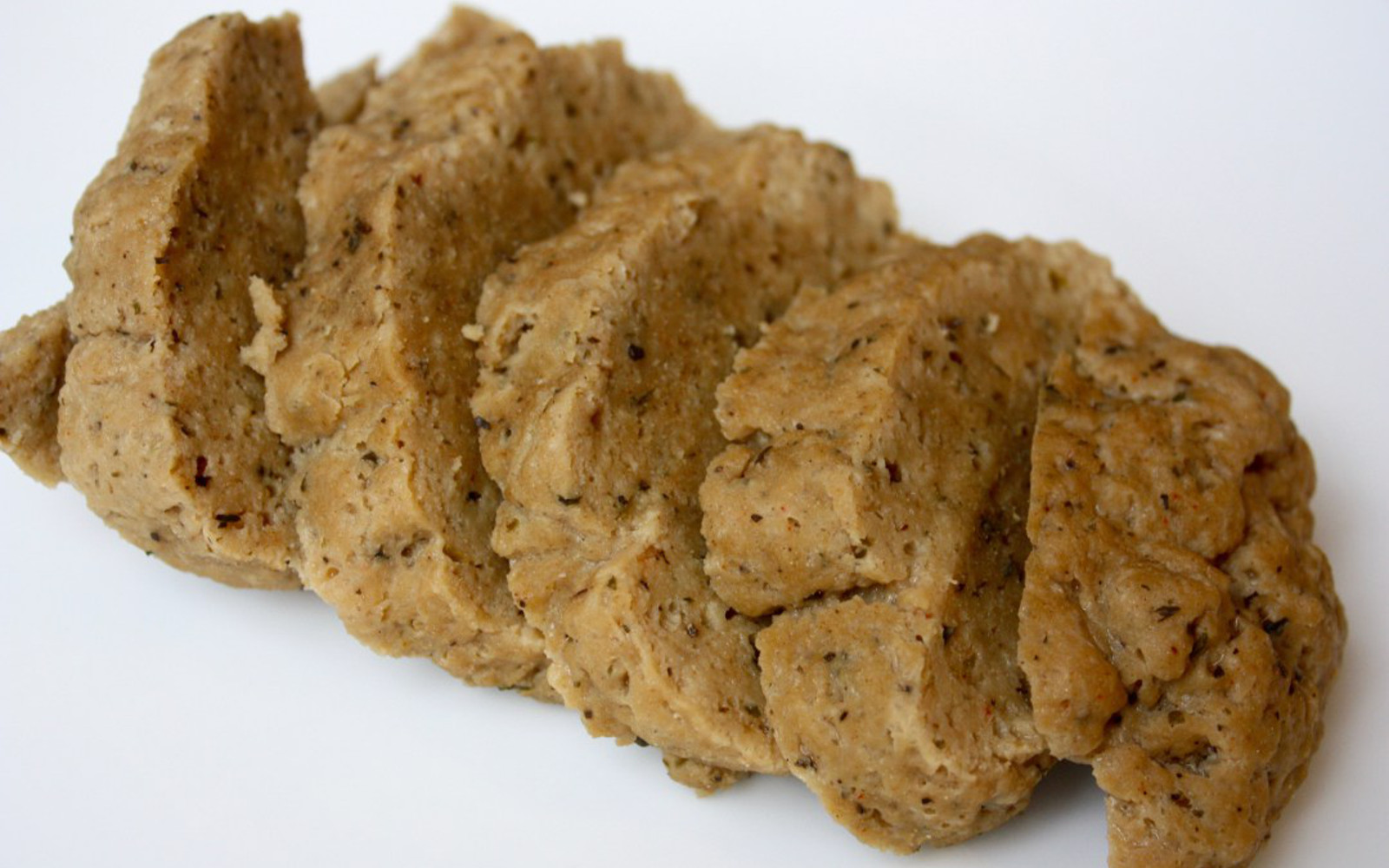 Seitan is an ancient food, “first created more than 1,000 years ago as a meat substitute for Chinese Buddhist monks,” and is made by “mixing gluten (the protein in wheat) with herbs and spices, hydrating it with water or stock, and simmering it in broth.” This is why seitan makes the list as a great source of protein. Yet, this one is not quite complete and needs to be mixed with a lysine-rich product to really make it shine. This Chicken-Style Seitan recipe by Lindsay Clarke rounds out the complete protein by infusing the seitan with lysine-rich chickpea flour. 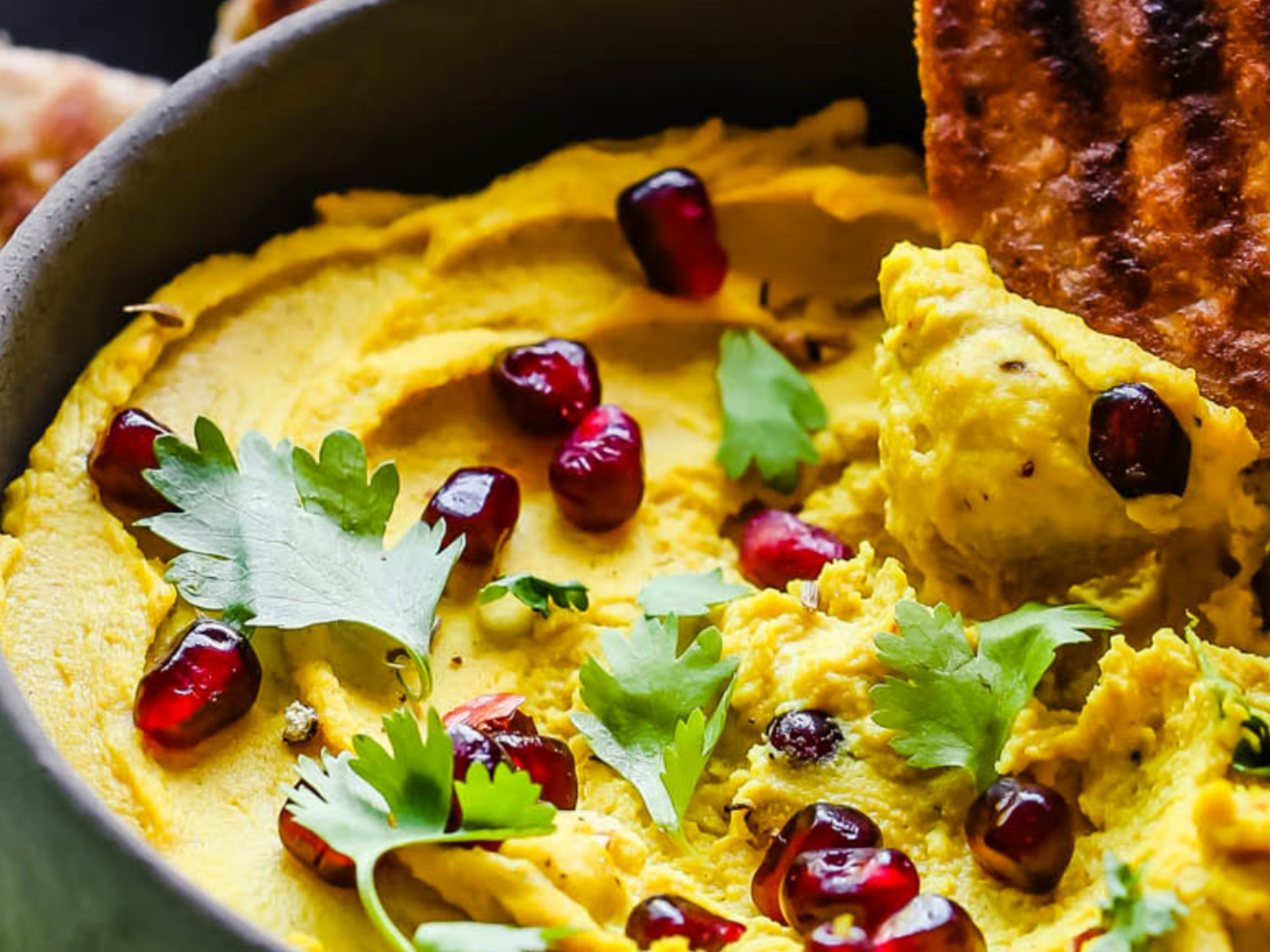 By mixing the protein in wheat pita with the chickpeas in hummus, you create a perfect protein! This Curried Lentil Hummus recipe by Harriet Porterfield can be paired quite nicely with this Homemade Pita Bread recipe by Josephine Watemore to make the ultimate complete protein meal! 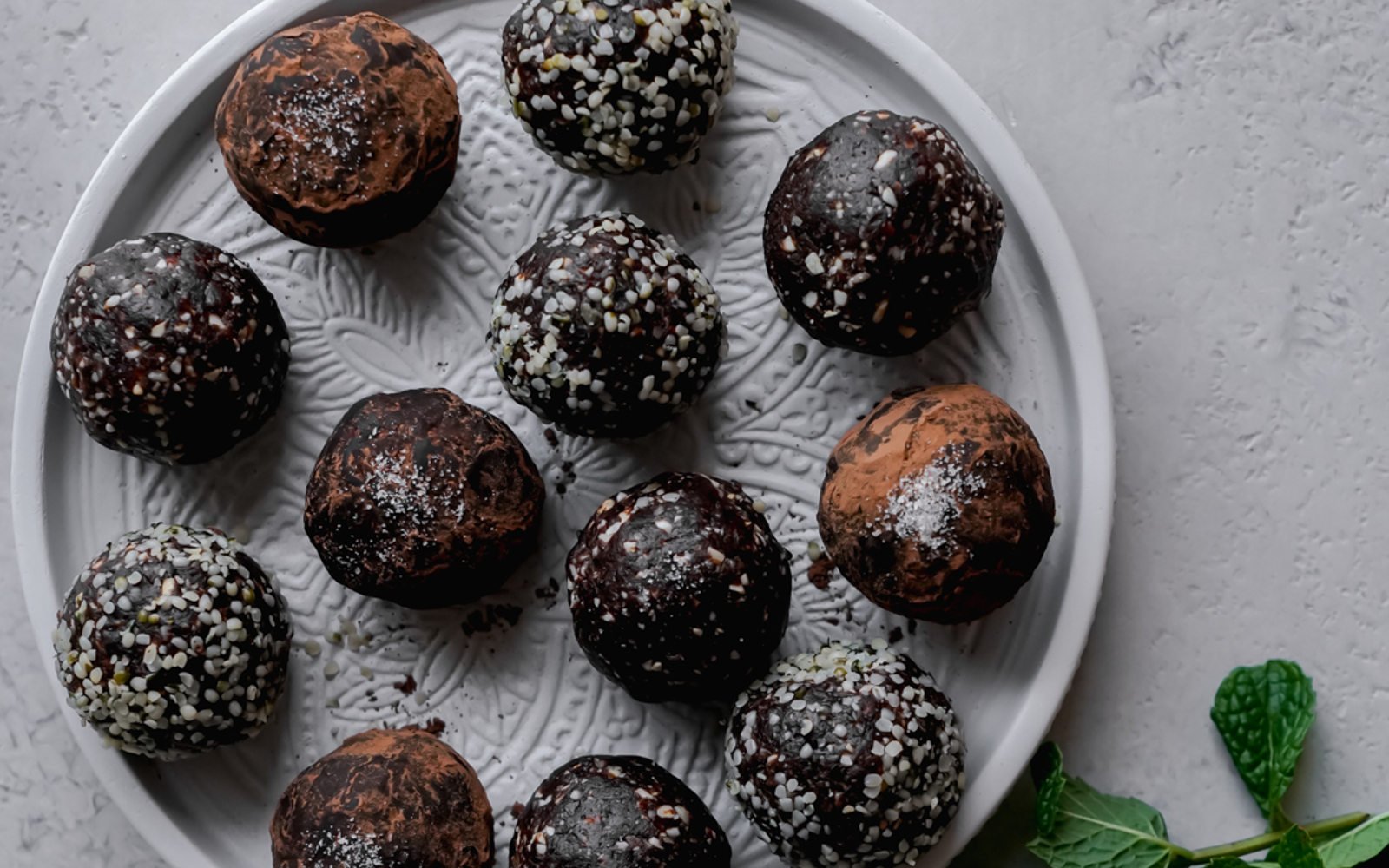 While hemp seeds aren’t quite a complete protein, they do get you almost all the way there, plus they’re a super “rare vegan source of essential fatty acids, like omega-3s.” This Coconut Carob Cashew Bliss Bites recipe by Maria Koutsogiannis really exemplifies a creative and delicious way to use hemp seeds. 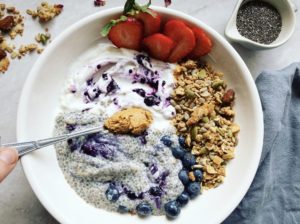 Looking for a new twist on that old vanilla pudding you make every week? This Peanut Butter and Jelly Chia Pudding recipe by Vicky Coates is super fun and incredibly tasty! Plus, you get that protein-rich chia seed. 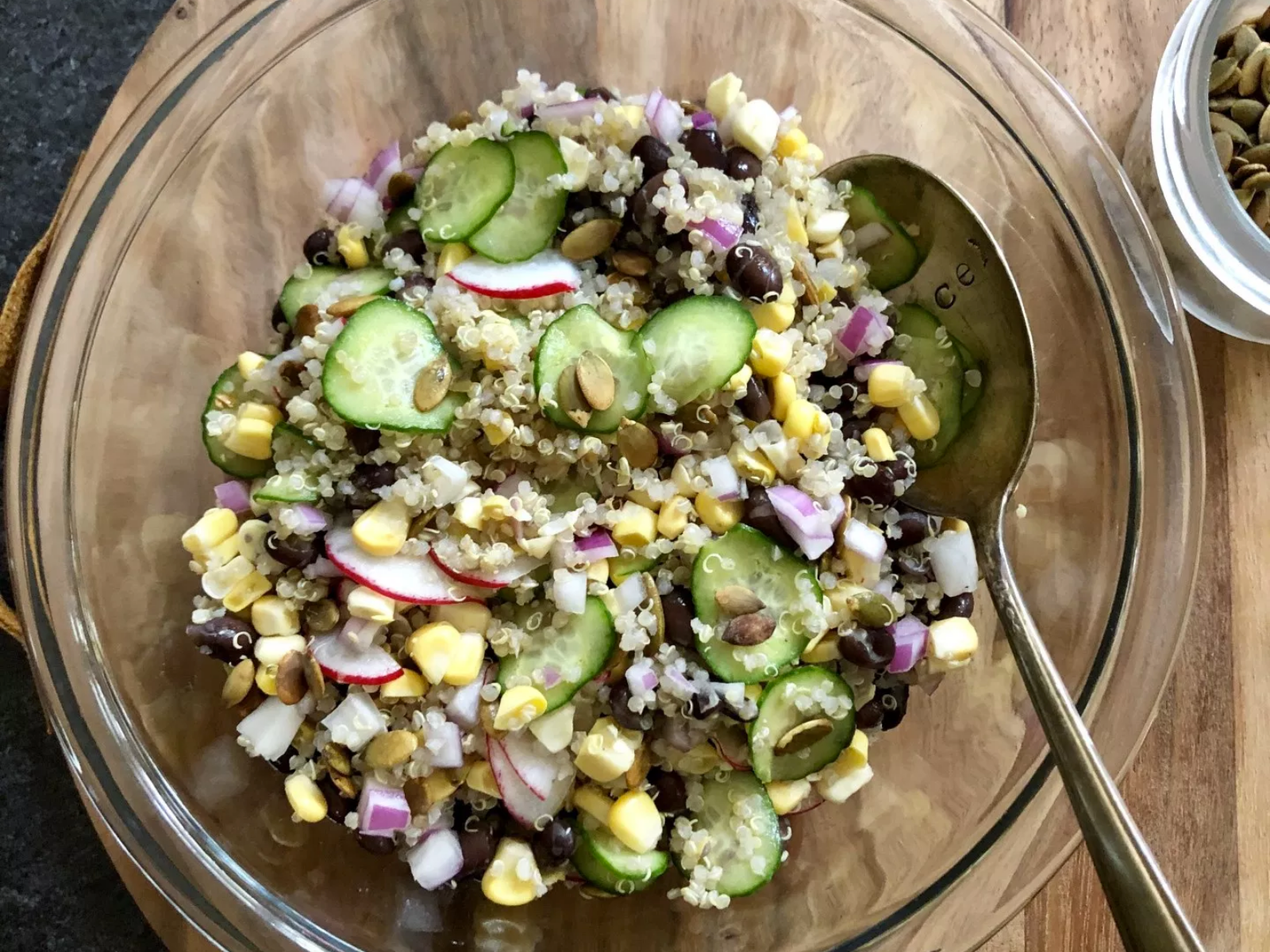 Even though quinoa is a complete protein, beans are rather low in the amino acid methionine. This Quinoa Black Bean Salad recipe by Lisa Dawn Angerame pairs the low methionine content of beans with the complete amino acid content of quinoa for a powerful protein-laden meal.

12. Round Zucchini Stuffed With Buckwheat and Lentils 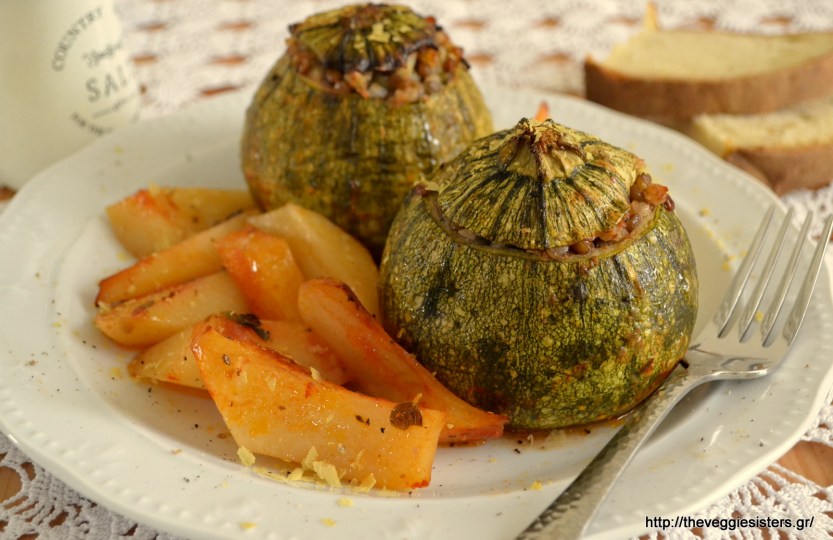 Source: Round Zucchini Stuffed With Buckwheat and Lentils

This Round Zucchini Stuffed With Buckwheat and Lentils recipe by Lenia Patsi is yet another pairing that is one for the books! Take protein-rich lentils and complete protein buckwheat, mush them together in a beautiful round zucchini and you not only have a gorgeous dinner plating, but you’ve also got a complete protein-rich meal. 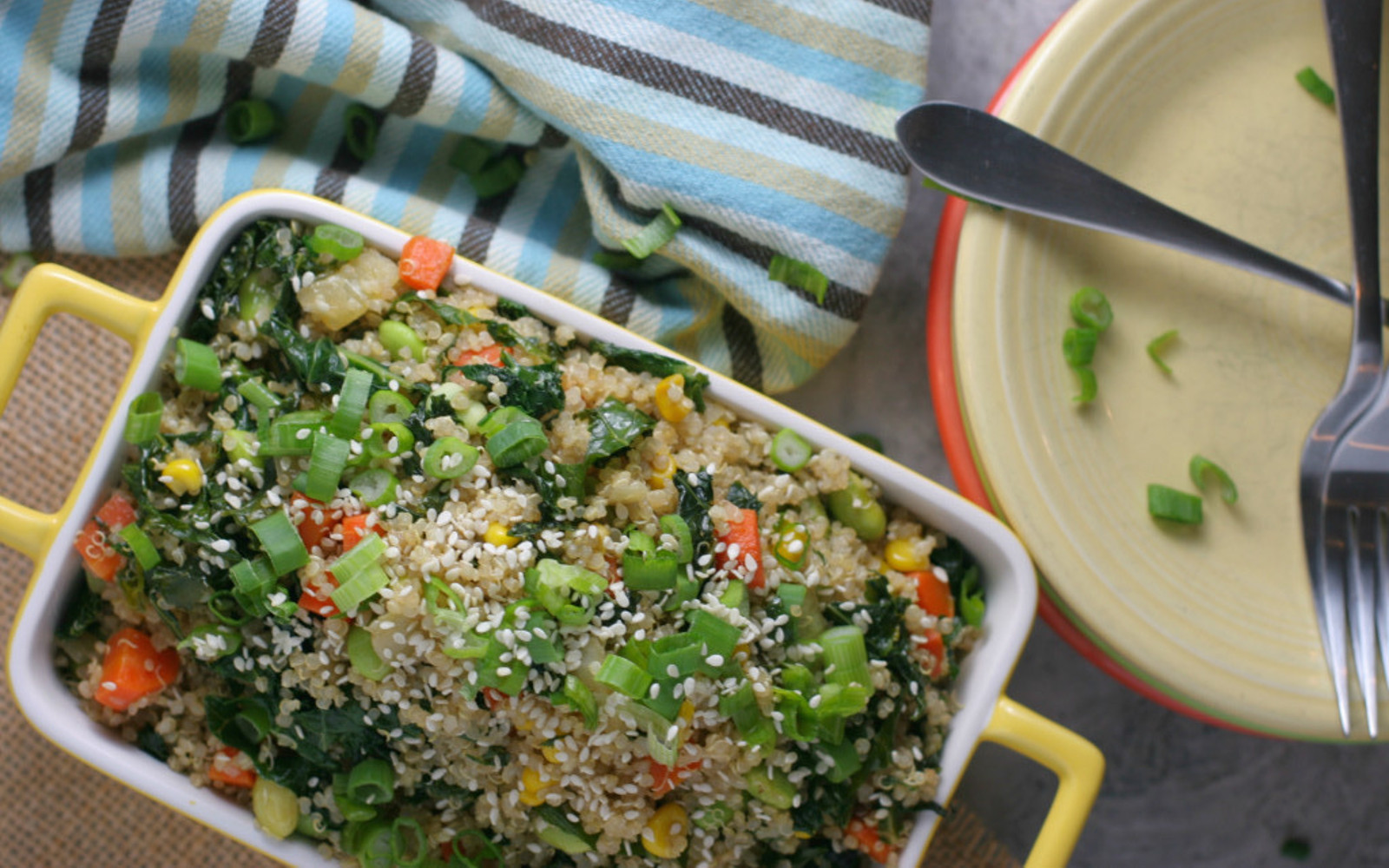 It’s all in the title with this one! This High Protein Edamame Fried Quinoa Rice recipe by Crissy Cavanaugh mixes two complete proteins into one high protein dish — edamame and quinoa. 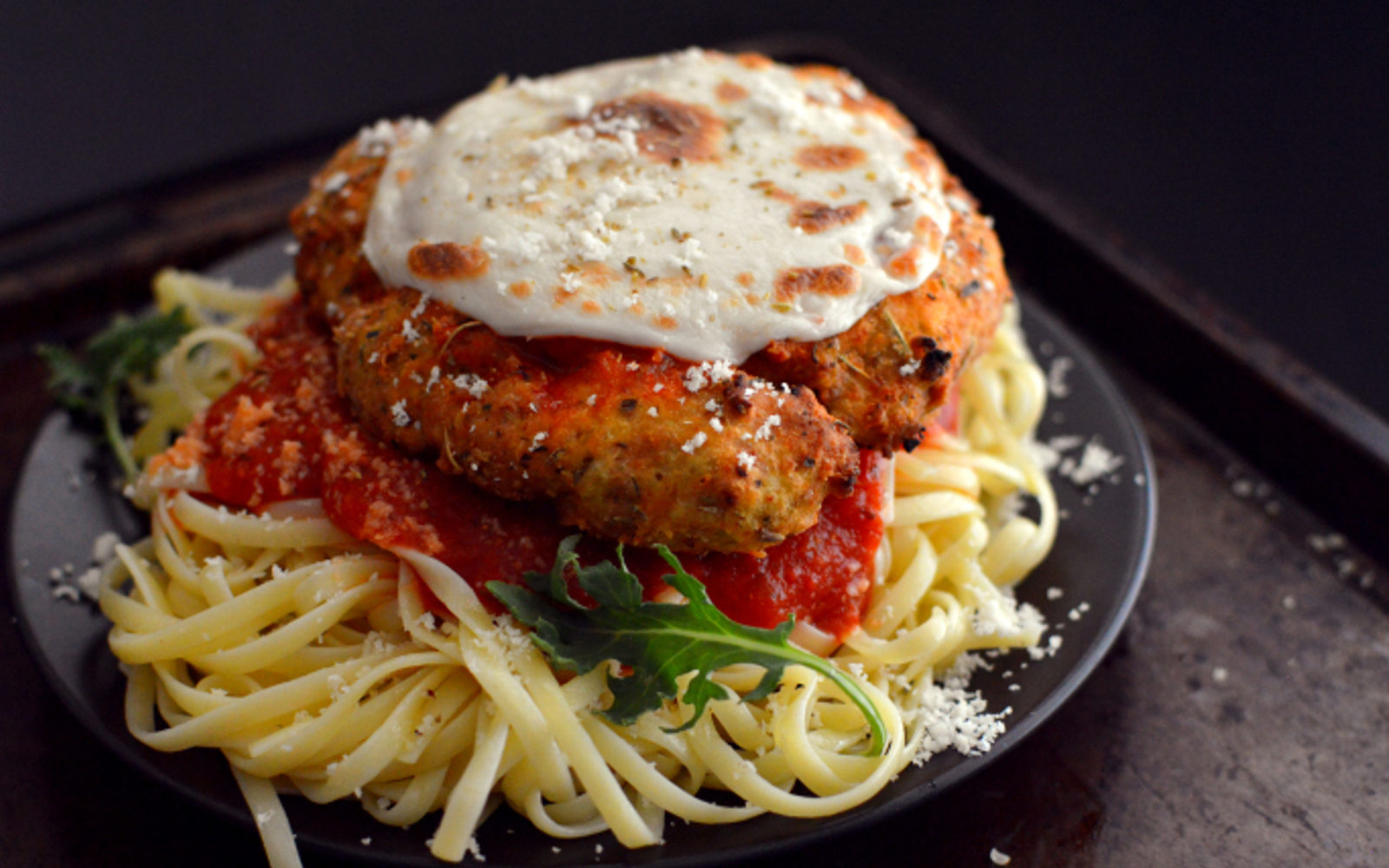 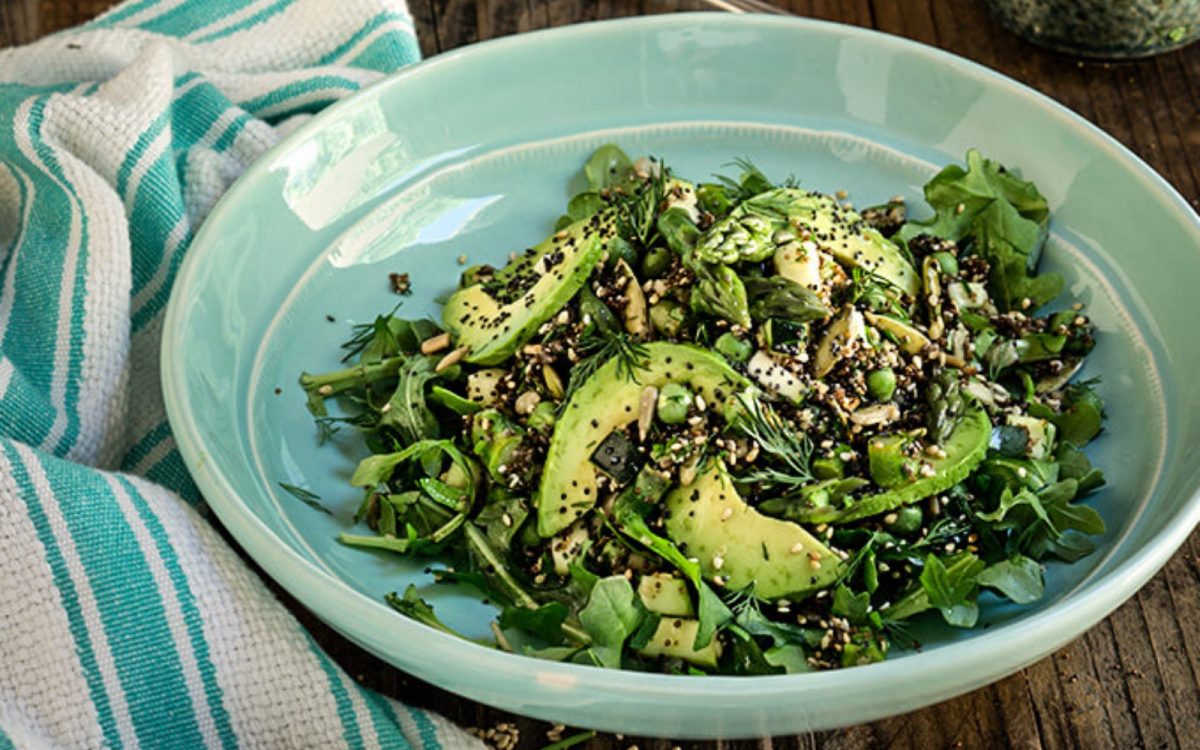 Along the same lines as hemp seeds, chia seeds are almost a complete protein, plus they’re a great source of omega-3 fatty acids, fiber, iron, calcium, zinc, and antioxidants. Pair your chia with a smattering of other plant-based foods, such as this Seeds and Greens Kaniwa Salad recipe by Viktoria Radichkova, and you should be able to round out your protein intake.