Get to Know the Health Benefits of These 10 Common Peppers 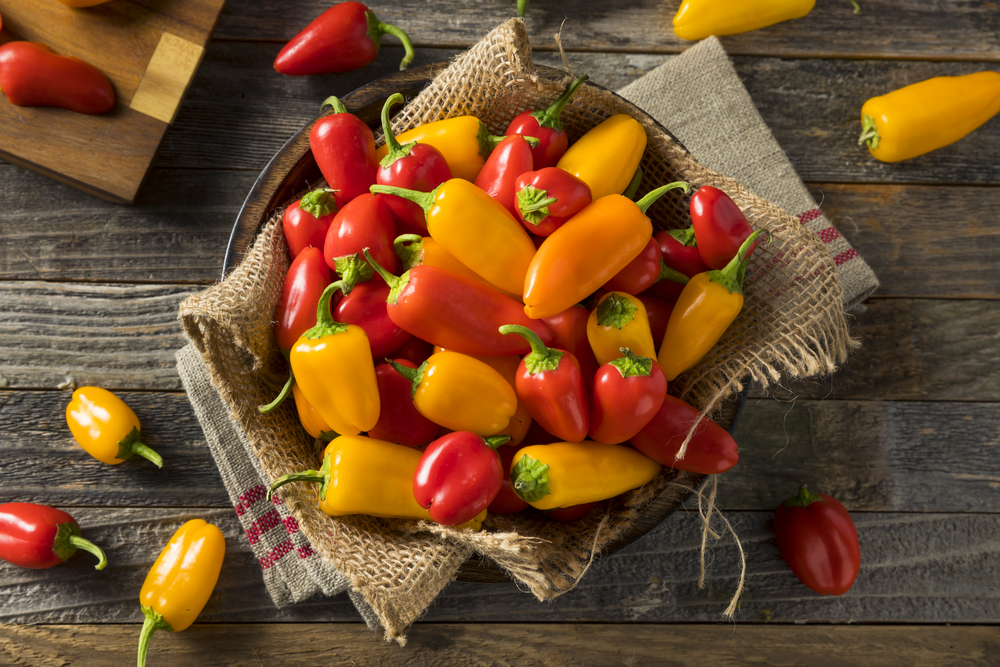 Peppers are a common kitchen staple and perfect for making a ton of different plant-based meals. But did you know that different peppers have their own unique health benefits?

According to Dr. Michael Greger’s Nutrition Facts, eating bell peppers with other healthy veggies can lower your risk of cardiovascular disease. Other peppers have their own health benefits.

Get to know these 10 peppers and how they can improve your health, along with recipes from our Food Monster App that you could utilize. 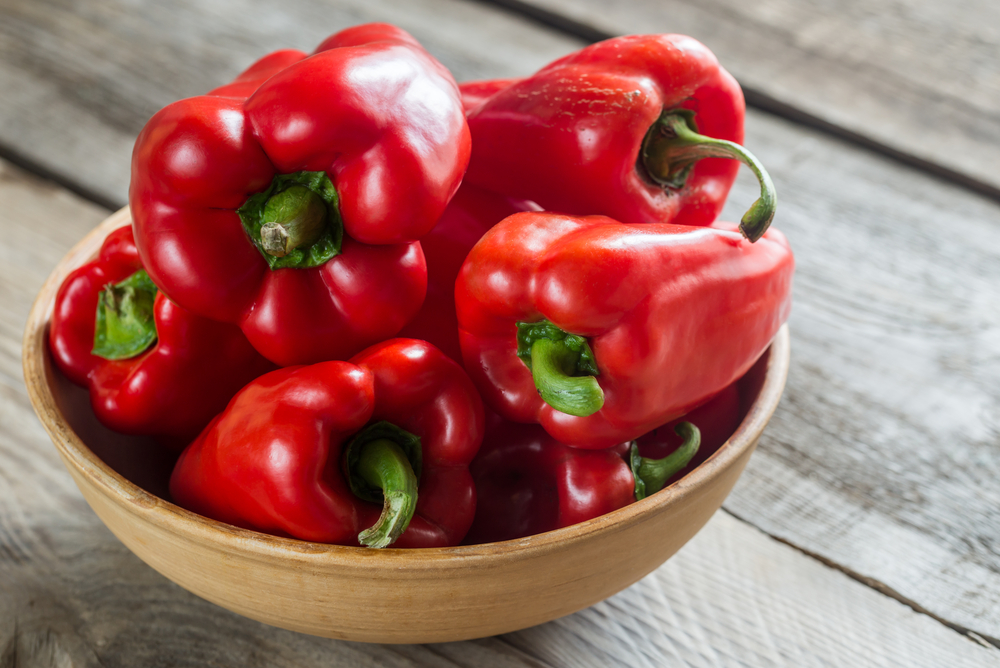 You may think all bell peppers are the same, but the different colors of bell peppers actually have different tastes and nutrients! For example, red peppers, in addition to being sweet and delicious, are a great source of vitamin A to improve your night vision, have 200 percent of your daily dose of vitamin C, and also have a good amount of vitamin B56 and folate. They’re also full of healthy antioxidants! 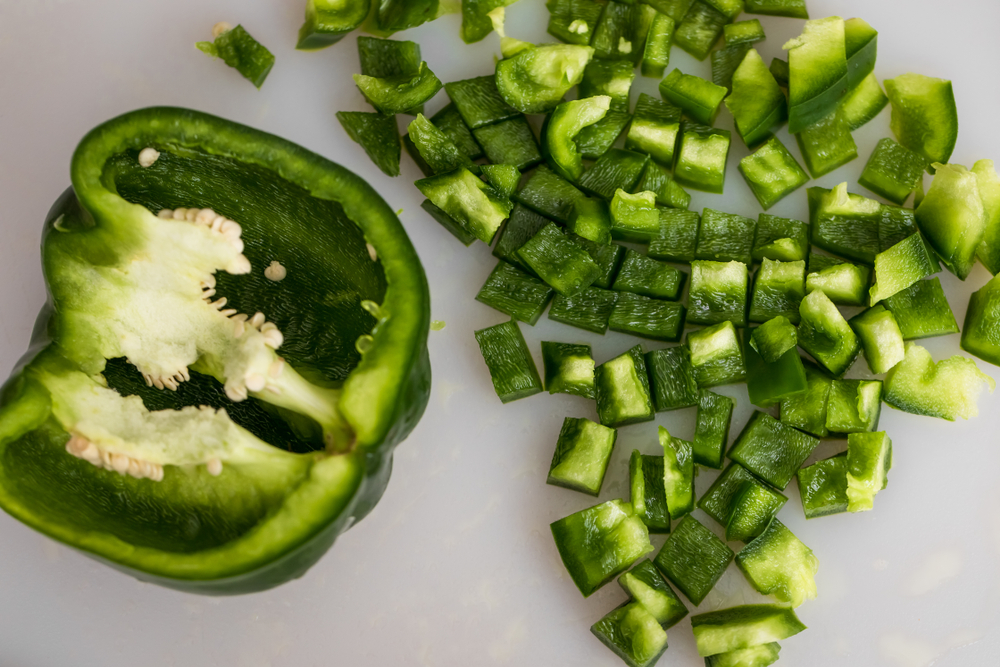 Crisp and slightly bitter, green peppers make a great addition to stir fries and salads. This low-calorie veggie has 2.5 grams of fiber in a 1-cup serving, and contains plenty of vitamins E and C, in addition to antioxidants. 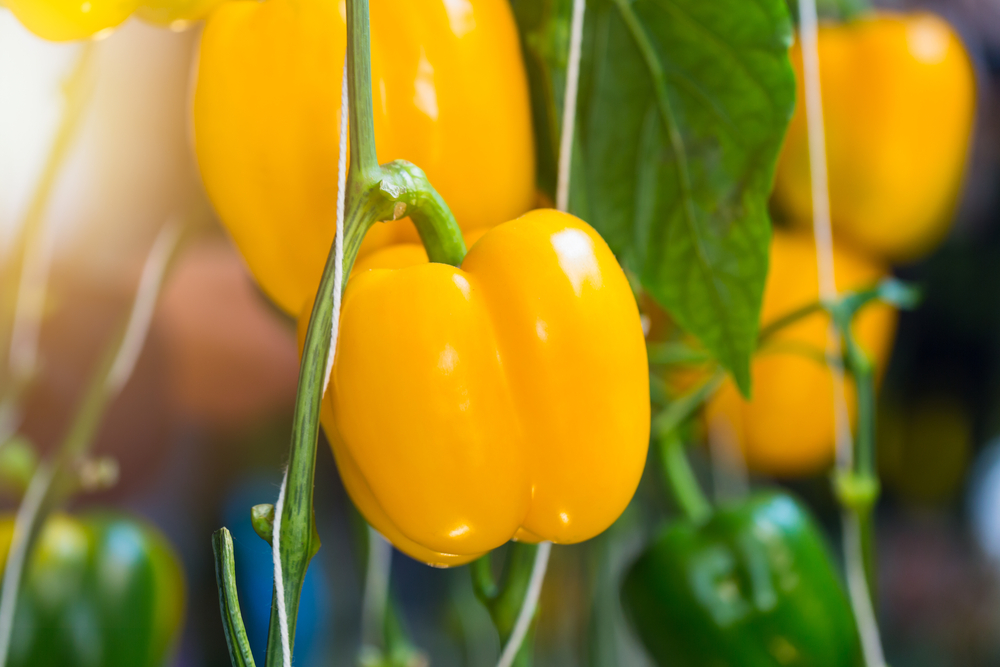 Great for adding fresh sweetness and color to any dish, yellow peppers are packed with vitamin C as well as niacin, a B vitamin that can improve your skin! Niacin also helps your digestive system stay healthy.

Use yellow peppers in this Saffron, Corn, and Bell Pepper Soup or this Baby Corn Fritter and Spicy Bell Pepper Stir Fry! 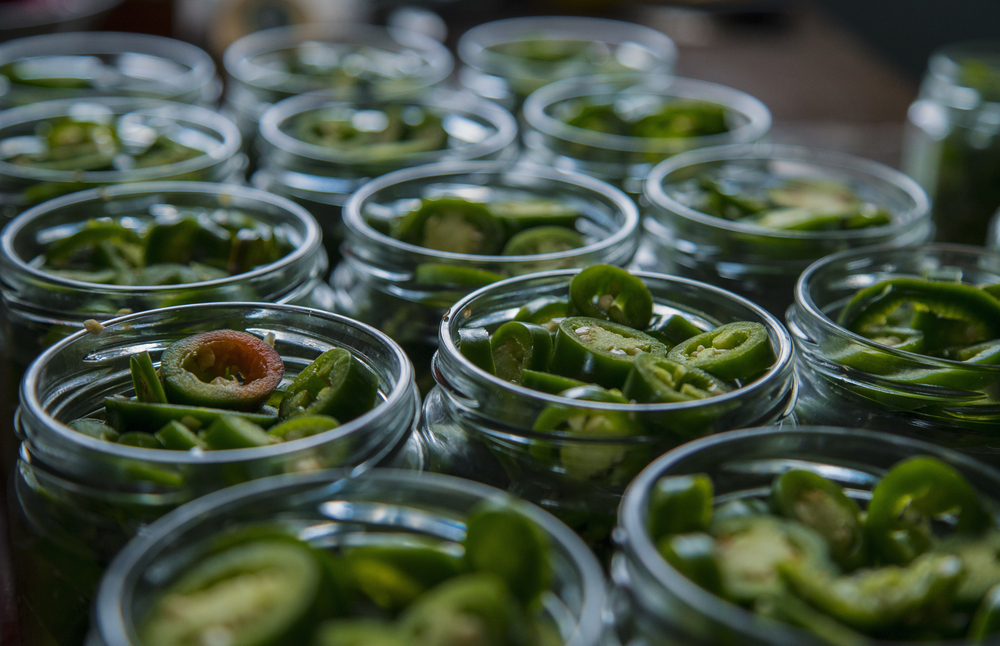 Known for their spicy taste, these peppers are perfect for a variety of dishes including jalapeño poppers and tasty salsa. You can even pickle them!

But did you know that spicy taste isn’t just delicious? Peppers get their spice from a compound called capsaicin, which can actually be beneficial for your health. Jalapeño peppers in particular can help with weight loss, promote immune system health, and may even help with headaches.

Get the benefits of these spicy peppers with these Homemade Pickled Jalapeños and these Wonton Jalapeño Poppers. 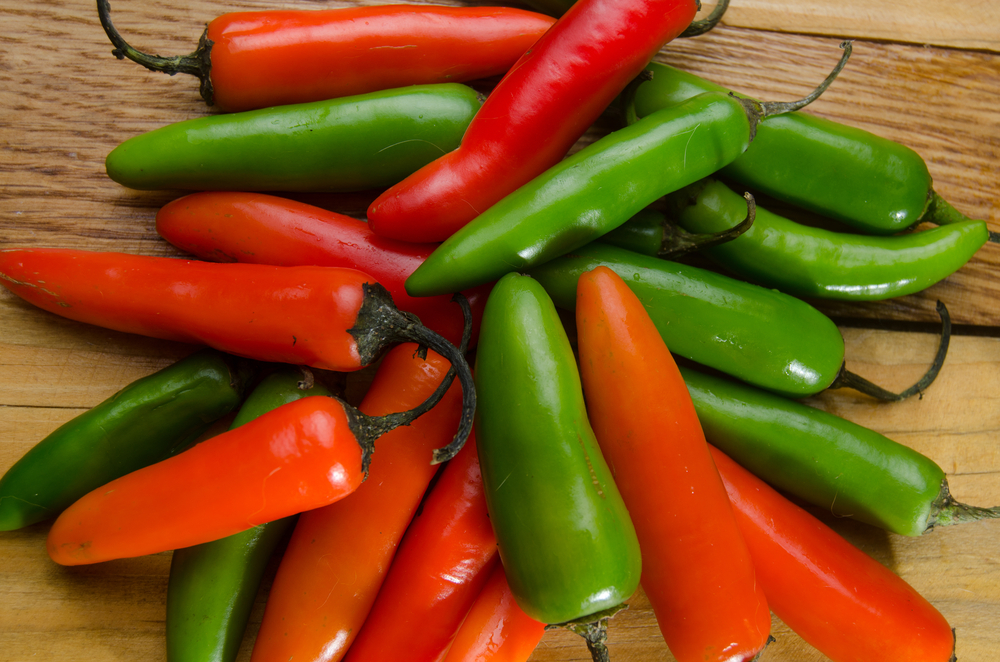 Another spicy pepper, serrano peppers can improve heart health with their capsaicin, and may promote a strong immune system with their high levels of antioxidants. They also have good amounts of vitamins C and B6. 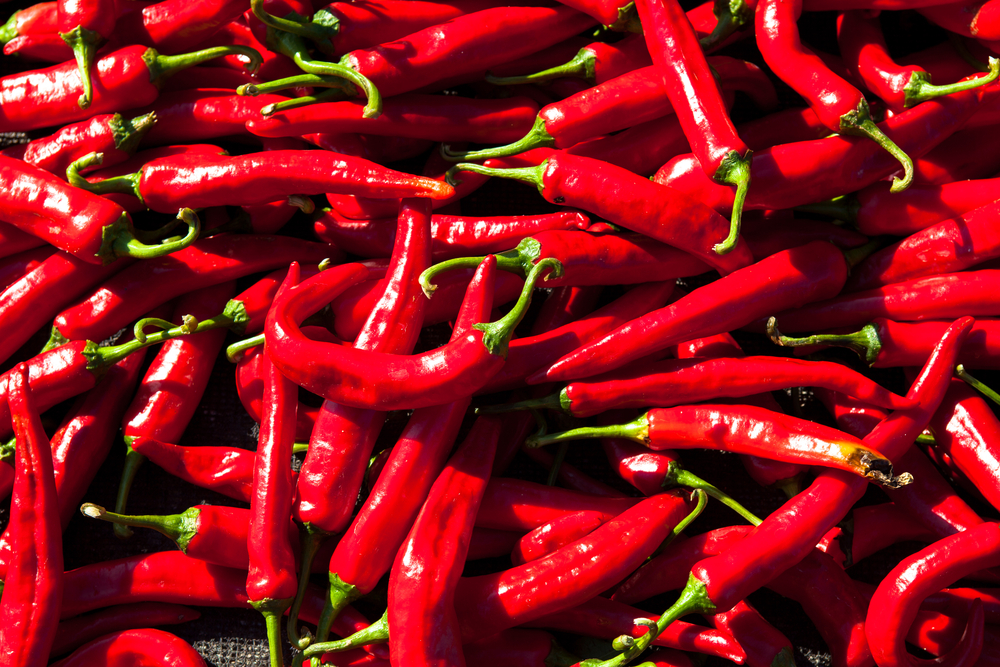 You might have had these flavorful, spicy peppers as a powder or paste, and they imbue a tangy heat to any dish they’re added to. Since most people only eat small amount of chili pepper to flavor their dishes, the health benefits may not be as pronounced as peppers that are eaten whole, but these peppers are still packed with vitamins and minerals, including C, B6, K1, A, and potassium. 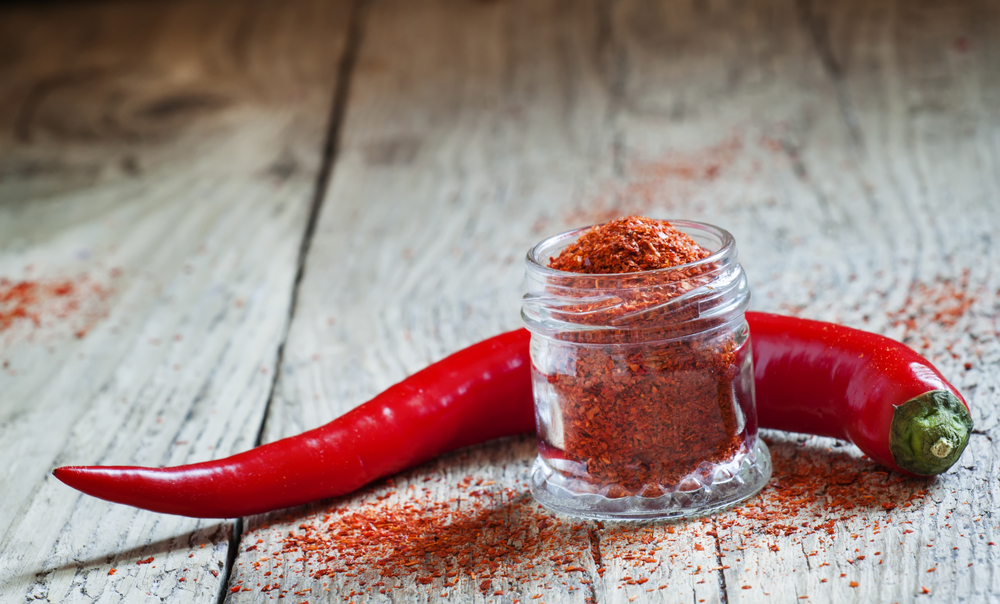 Cayenne pepper has long been used as a spice to flavor a savory meal, but it’s more recently become a trendy addition to juices and other beverages. Cayenne has vitamins A, E, C, B6, and K, in addition to manganese and potassium. It’s also been known for its anti-inflammatory benefits.

Try making this Cleansing Detox Soup and this Almond Taco Meat to get the benefits of cayenne pepper. 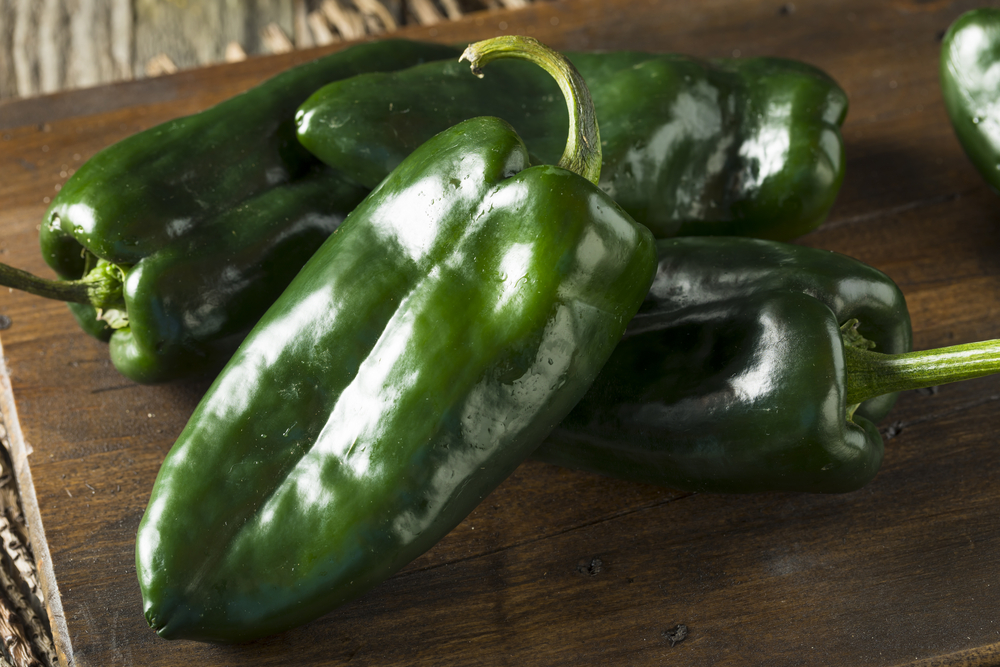 Often used in Mexican cuisine, poblano peppers are milder than other spicier varieties of pepper. They’re a great source of fiber, in addition to having good amounts of iron and vitamin A! 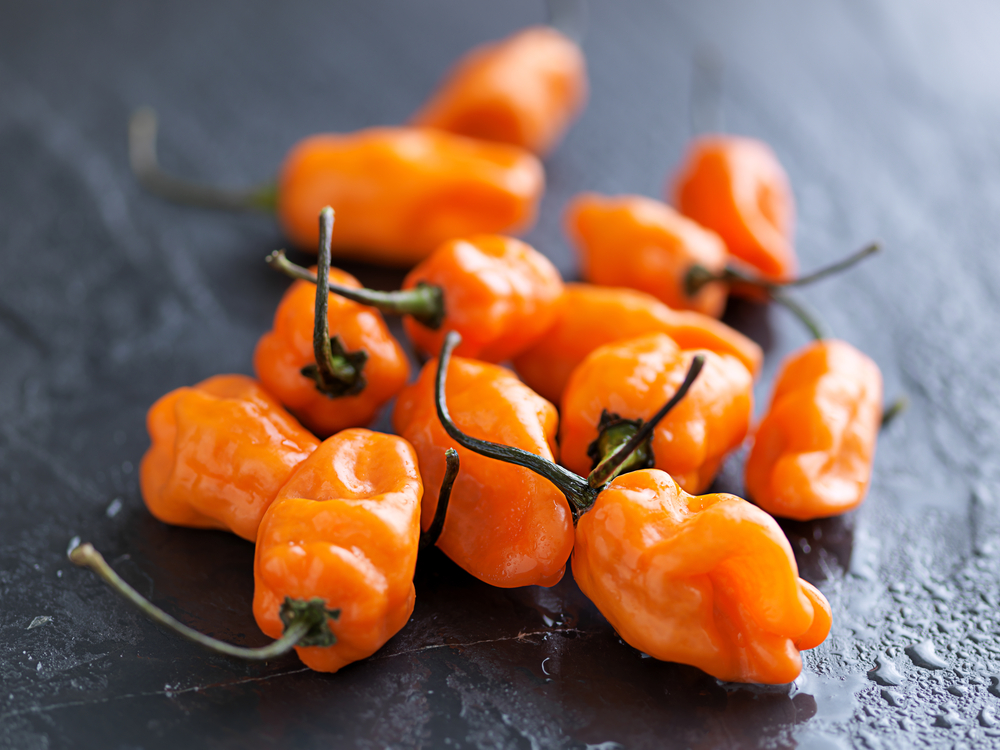 This spicy type of pepper is small, but packed with heat. It also has health benefits like the ability to help lower blood pressure and cholesterol, and they can also be beneficial for helping to prevent prostate cancer.

Try cooking with habanero in this Potato Habanero White Pizza or this Peach Habanero Hot Sauce. 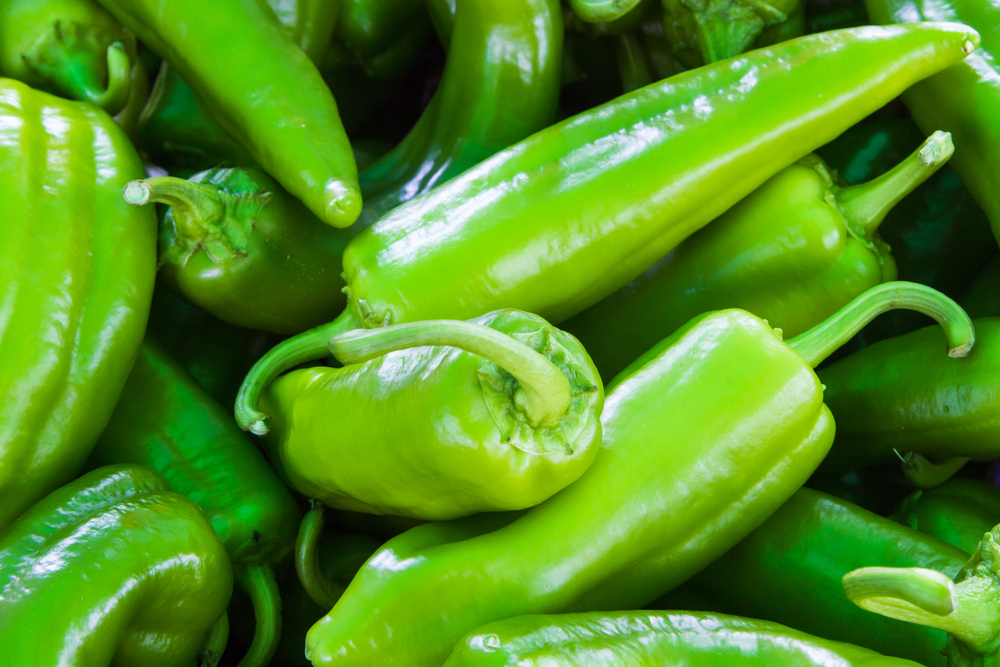 Mild Anaheim peppers have a high water content, making them low in calories. They’re a great source of vitamin C and vitamin A, in addition to having iron and potassium.

Try making this Pressure Cooker Mexican Lentil Stew and this Black Lentil Chili With Pico de Gallo and Shoestring Fries to get some Anaheim peppers in your diet!

Don’t forget to check out this guide on the different types of peppers and their heat levels!

Looking for more ideas for cooking peppers and other veggies? Download the the Food Monster App, which is available for both Android and iPhone, and can be found on Instagram and Facebook. This app contains thousands of delicious vegan recipes similar to the ones listed here, and is an excellent tool for those transitioning into a plant-based lifestyle.