Why Young Kanye West Fans Should Know Who Paul McCartney is 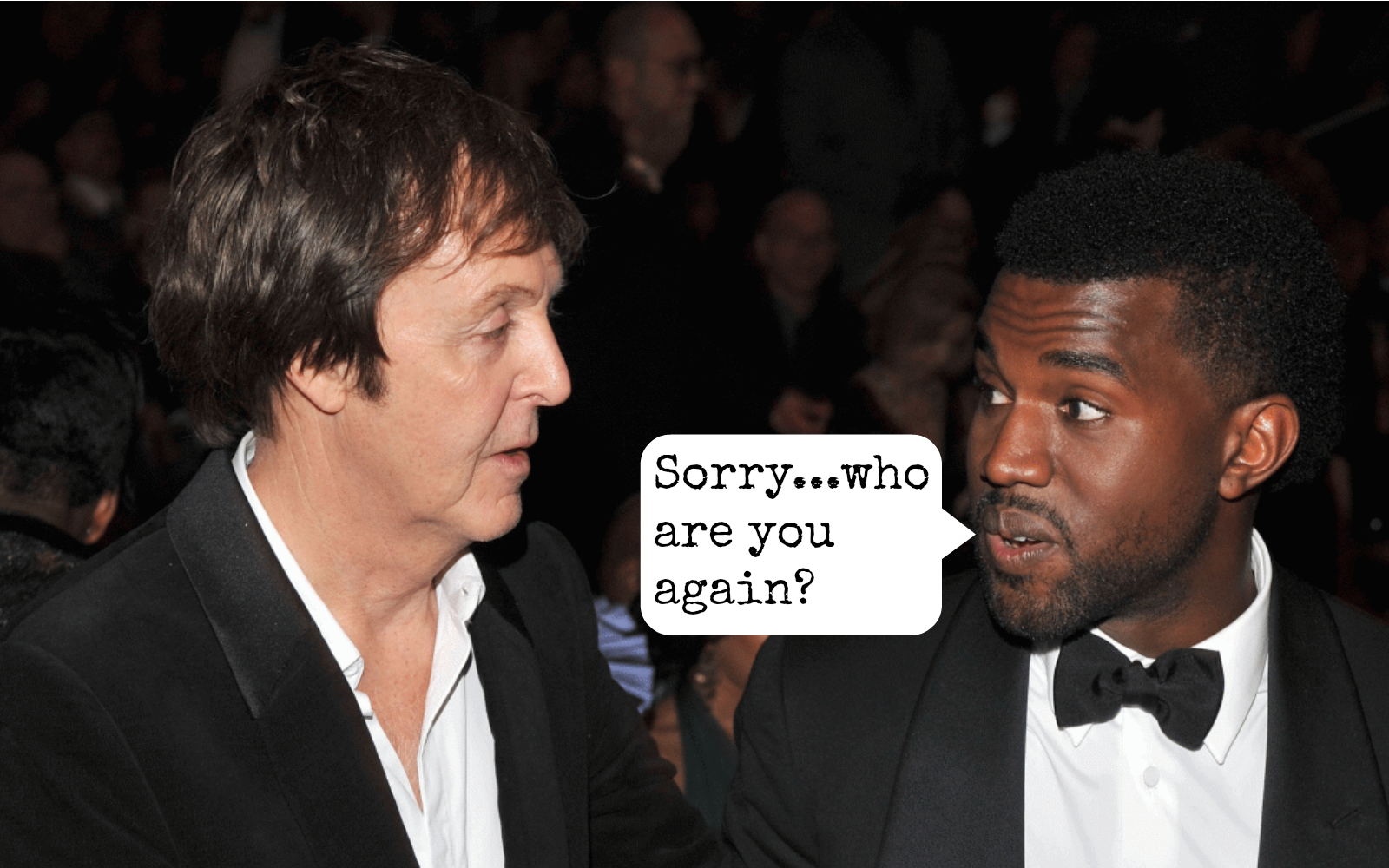 Millennials and members of the tentatively named and even younger “Generation Z” succeeded in making everyone from Generation X and up feel incredibly old after taking to Twitter to laud Kanye West’s choice in an unknown keyboard player. The issue? The keyboard player was Paul McCartney. 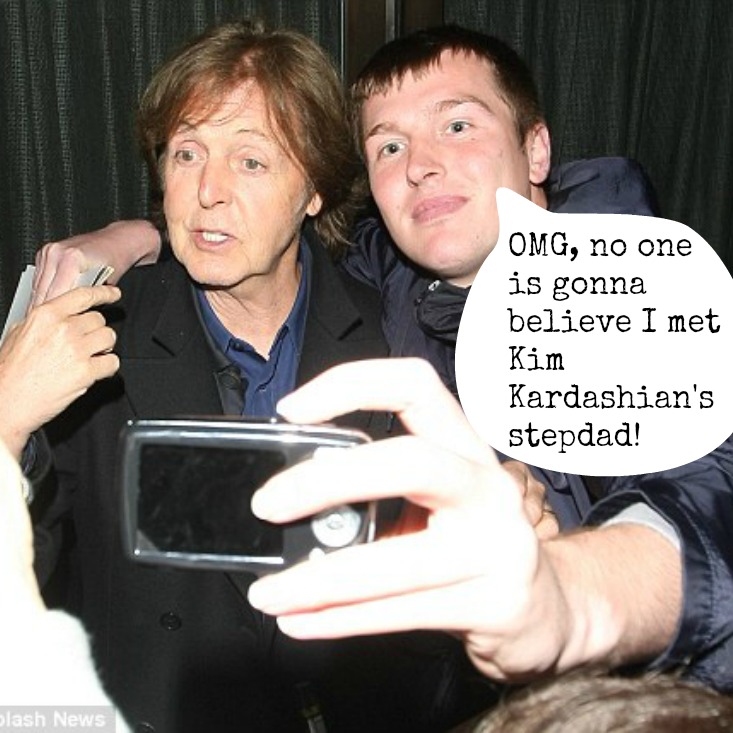 Because there seems to have been some confusion, we’re going to just assume introductions need to be made here (no matter how painful it is). Paul McCartney is one of the founding members of a cheeky little group of mop topped musicians known as The Beatles and later Wings. Renowned for his songwriting catalogue as well as his musical ability (the man actually records nearly all of the instrumentals on his solo albums himself), McCartney was inducted into the Rock and Roll Hall of Fame in 1999 and continues to release albums and tour today.

There’s a couple of reasons why we feel that it’s important to make said introduction. The first reason is, this happened:

Like, seriously, once you’ve played with Yeezy you can play keyboards for anyone!

We’re sure McCartney will give him a shout out in the E! True Hollywood Story they make some day.

Honest mistake dear, we often confuse “Google” with the “tweet” button too.

The second reason that we feel as though the younger generation needs to make acquaintance with the man responsible for “Hey Jude” and “Maybe, I’m Amazed” actually has nothing to do with music and everything to do with compassion. You see, Paul McCartney is one of the most vocal proponents for animal rights and choosing a vegetarian diet that celebrity-dom has ever seen. He’s the man behind the quote “If slaughterhouses had glass walls, everyone would be a vegetarian,” a quote so famous that nary a Tumblr page or Pinterest subcategory dealing with animal rights exists without its presence.

A vegetarian since the 1960s, Sir Paul (that’s right, this guy is a knight) supports Cruelty-Free International, Society for Animal Protective Legislation and Animal Defenders International. He’s narrated a documentary for PETA called “Glass Walls” (See? Told ya the quote was famous) and filmed an ad for the Meat Free Monday campaign (that he started, BTW) where he actually busted into a rap song. Not sure why that particular skill wasn’t used by Kanye too. Consider that an opportunity missed.

To be fair, it’s entirely possible that some of these people were trolling. After all, didn’t we just go through this when Paul played the Grammy’s back in 2012? 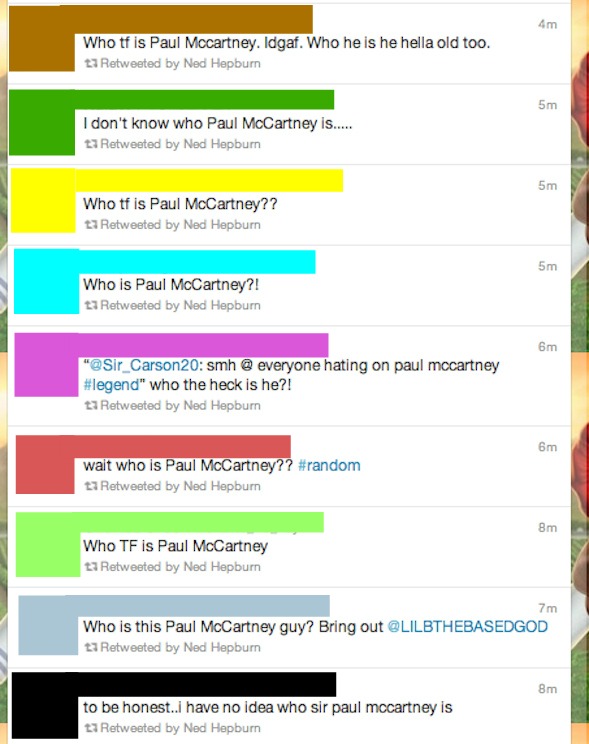 Trolling or not though, our younger generation needs to have no doubt who this man is and what he stands for. His influence has been felt by countless contemporary bands, but the most important legacy that he will leave is one of compassion. He’s even taken steps to make sure that humanity never forgets the atrocities committed by factory farming today by filling a time capsule with images of exploited and abused animals set to go to the moon as a part of a UK project that launches (literally) in 2025.

He could have filled that bad boy with bass picks and Beatles albums, but when given the chance to share a message with humans (or, you know, whoever) of the future, he chose to share one for animals. To give them a voice. That’s why Kanye West’s fans should know exactly who Paul McCartney is. Not because his music is great (and it is), but because he fights to make the world a better place.