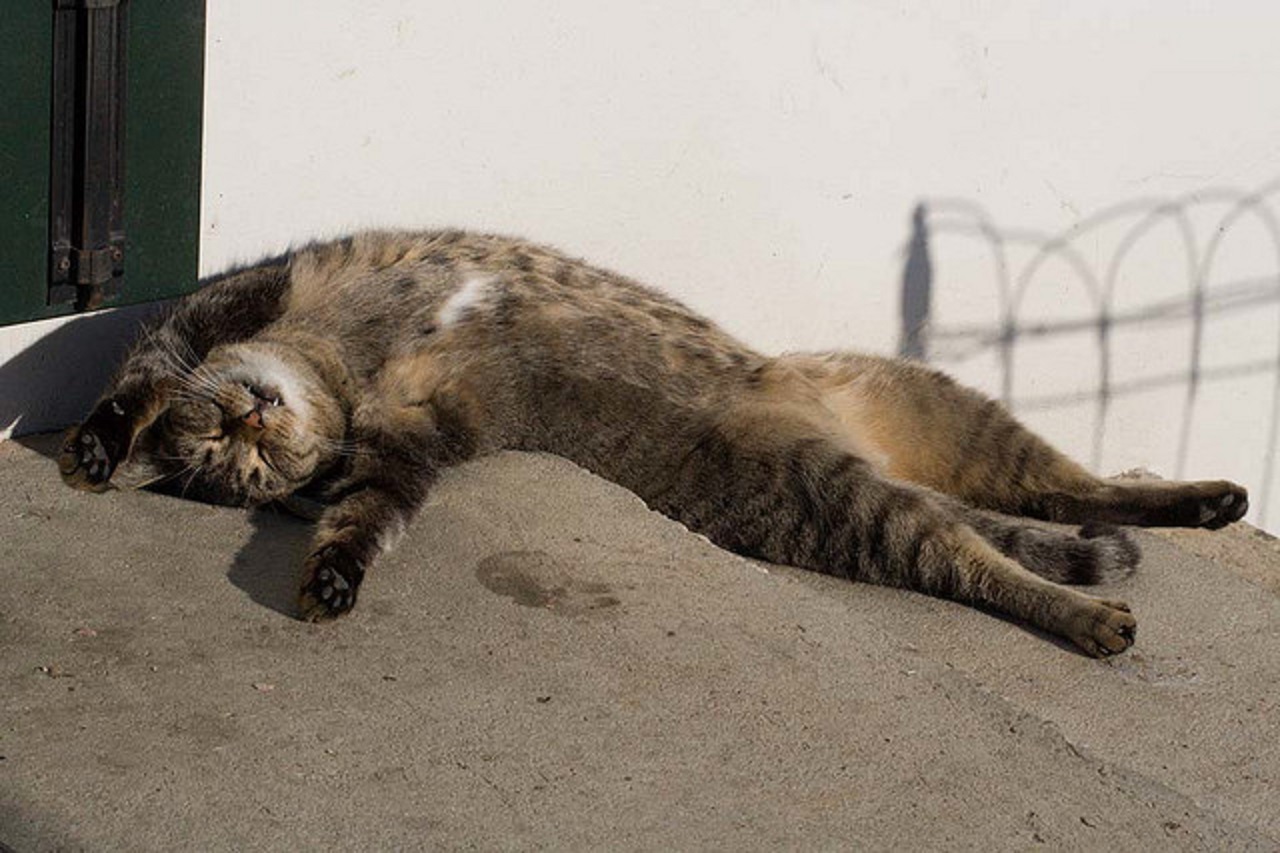 Eating vegan, or even just switching to a predominantly plant-based diet, is one of the best steps someone can take to change their life for the better and make a lasting impact on the lives of hundreds of animals, our planet, and even our fellow humans. If you’re like me, though, it can be difficult to just flip a switch and go vegan overnight. I do know many people that have done that, but personally, I had a lot of trouble staying on the path for the first year. Meat was easy. Cheese was my bane. Now, I don’t even think about it. Being vegan is simply part of my makeup. Back in 2001, when I made the switch, it was all I could think about.

I had no idea what to eat, where to shop for ingredients, or even how to cook for myself. It was like learning a new language and my reading level at the time was pretty low. I made plenty of mistakes. I would cheat every Wednesday night and get all-you-can-eat cheese enchiladas at my favorite Mexican restaurant in Ft. Worth, but then I would feel horribly guilty about it. That in turn would stress me out and make me resentful, which resulted in another cheat day, and another round of guilt. You get where this is going. I would get out of this cycle by rebounding the other way, making sure that the food I ate had ingredients that were only processed in a plant that had never seen a hint of dairy, were only sold at stores that promoted vegan eating, and were blessed by oompa loompas in hermetically sealed vegan bodysuits. O.K., maybe not that far, but I was so fastidious about being the uber-vegan that it caused a different kind of stress.

Eventually, I figured out what my balance was. Within just a few weeks of figuring that out, I had my last cheat day and was much happier for it. It unburdened my conscience and, with my health improving so quickly, it unburdened my body. It enabled me to lose over a hundred pounds and completely reverse Type II diabetes. I learned how to cook outstanding food and I no longer missed the food I used to eat. I did this during a time when there was little help and little advice on the market.

There’s a lot of noise in the vegan world today. People saying you should only eat this way and people saying you should only eat that way. These edicts come from friends, from celebrities, and from physicians and they don’t always agree. My approach is more laid back. Having been a vegan chef and instructor for ten years now, I’ve helped thousands of people successfully make the transition to going vegan as a permanent lifestyle change, and make doing it fun and stress-free. Turning the way you eat into a joyful experience will only reinforce good patterns. That’s really the key. These five tips will help you get there too, and if you’re only looking to incorporate more plant foods in your diet and you’re not quite ready to go vegan, well that’s good with me too. These tips still apply to you.

1. Be Willing to Explore

I used to think being vegan was limiting. How wrong I was. There is a whole culinary world to explore out there and I’ll tell you a secret about it. Most of global dishes are either vegan or vegan friendly. Even cuisines that have a reputation for being cheese and meat-laden, like Italian and Mexican cuisines, are comprised heavily of plant-based foods. Energy-wise, plants are inexpensive sources of calories and nutrients. Historically, this made them the primary food source for most people, except for the very wealthy and a few outlier groups. For us, that means that our world heritage of dishes is very vegan friendly. What an opportunity! There are more recipes around the world than I can try in my lifetime. As a foodie, that’s exciting, and I promise you, if you go down the vegan or plant-based path, there is a very good chance you will become a foodie too.  If you’re not the type of person who is a food explorer, I strongly urge you to go out and try new things. You’ll be amazed at the variety of rich, bold flavors found throughout the world that don’t rely on meat and dairy. Good food is one of the strongest motivators you can find.

2. Shoot for a Healthy Change, Not Just a Vegan Change

When you get healthier, you feel better. When you feel better, you’re motivated to keep doing what you are doing (eating plant-based foods.) When you keep doing what you are doing, you get healthier, and so on. That positive cycle builds upon itself and creates an amazing transformation. Sure, you can load up on Tofurky sausages, Boca burgers, Gardein skewers, and Beyond Meat strips. You can eat potato chips, French fries, vegan cupcakes, and a host of other goodies. You could do that with every single meal you ate. You may even get a little healthier if your diet wasn’t that good before. However, I can tell you from experience that getting healthy and feeling great was a huge motivator for me and a lot of other people that I help, and you can best do that by incorporating a lot of whole foods. Don’t get me wrong, I still eat Tofurky sausages and vegan cupcakes (and some oh-so-tasty garlic fries), but I make sure that’s a small portion of my meals. It keeps me healthy and strong and that makes for a happy vegan.

Another benefit is that your friends will see you getting healthy and they may want to join you on your plant-based journey! Even if they don’t right away, there’s a good chance they’ll be curious.

3. Make the Change that You Can (and don’t let anyone guilt you)

Don’t let anyone ever make you feel guilty because you didn’t go plant-based, or healthy, enough. When I first started eating vegan, I psychologically needed that cheat day where I gorged on all-you-can-eat enchiladas. Some people can go from dairy to plant-based right away. I tried, but it caused so much stress in my life, I almost didn’t continue. I needed those cheat days at first to take away that stress. As I ate plant-based foods for a longer period of time, the need for those cheat days subsided, and after a year, I was completely vegan. I have never looked back. However, I had to keep those cheat days a secret because there were those in the community who would have looked down on me. I felt horrible guilt because I was doing this to cure myself of diabetes (later on, I learned about the horrors of factory farming and did it for that reason, as well), but there were vegan health professionals and activists out there telling me it was an all-or-nothing approach that I had to do RIGHT NOW. The way they said it, well, it didn’t leave me feeling that great about myself. As if that wasn’t hard enough, there were people that would try to make me feel guilty because I used a little salt, a teaspoon of oil, or I ate a Tofurky sausage. Yes, that way of eating is a great diet. It’s fabulous for the body (though not always for the mind.) However, making anyone feel bad about not being 100 percent perfect with it sucks. Ironically, I started acting that way towards people too, but it only lasted a few months when I realized I was just making it harder on the people I was trying to help.

I talk a lot about food guilt, but that’s because I’ve experienced it and I see it so many times in the people that ask me for help. There are so many “authorities” out there telling them that they are “wrong” for the way they eat plant-based, that it causes a host of problems for them. Don’t ever let anyone do that to you. I am here to tell you that if you make an 80 percent change in your diet, you are doing far more than most other people on the planet. Far, far more, and hopefully that 80 percent change will help you make a 90 percent change one day, and then 100 percent. Do the best that you can, be happy, and keep doing it. You’re doing a great job.

4. Be Part of a Growing Community

Food is a highly social experience. It’s rarely stress-free when you go against a societal norm. Fortunately, the words vegan and plant-based are part of the common parlance now. You’re not alone. There is a multitude of vegans and even more people who are vegan-friendly or vegan-curious! If your circle of friends and family is not supportive, head to some websites and local vegan events and chat with other people who are on their own vegan journey. It’s a fun experience and you’ll learn a lot about nutrition and great food. Remember, vegans love to eat. You can’t visit a vegan website or event without an in-depth discussion about food! Even if your circle of friends and family is supportive, I still suggest connecting with other vegans or plant-based eaters. The social reinforcement will make your lifestyle change easier. Plus, it’s fun!

5. Remember that Eating Vegan is an Opportunity, Not a Burden

Some people think of switching their diets as a burden. I don’t blame them. Like I said earlier, food is highly social and the way we eat is deeply ingrained in us since childhood. Change can be stressful. However, it’s not often that the universe gives us this kind of opportunity. Eating vegan is the rare intersection of selfishness and altruism. In a way, it’s selfish because we do it to improve our health, or alleviate our conscience, or both. In another way, we are actively helping the planet and our fellow humans and we are making a huge impact in the lives of the creatures that share this world with us. That conjunction is such a rare gift, how can we turn it down?

If you’re trying to eat plant-based, but not quite ready to be committed, consider making the final jump when you can, and if you can’t do it all the way, I still think you’re doing a great job.