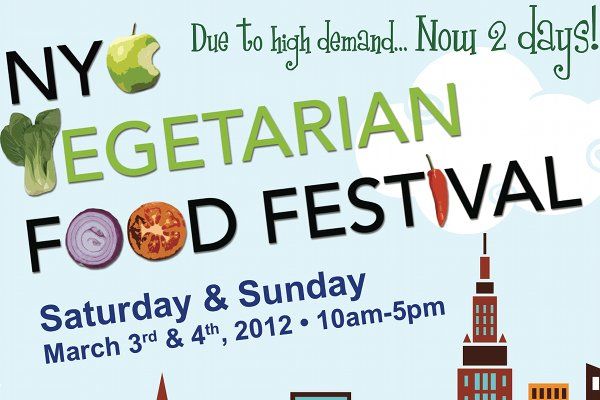 We’ve told you about the amazing speakers who will be at the upcoming New York City Vegetarian Food Fest,  interviewed organizations who will be tabling at the event, including Mercy for Animals and Sea Shepherd and surely you’ve perused all of the delicious vegan vendors who will be making your dreams come true in two weeks.  Now let’s hear from Sarah Gross, a One Green Planet contributor, about putting together this tour-de-force vegetarian food fest!

Sarah Gross: I felt it just wasn’t fair that the greatest city in the world (I may be a bit biased) did not have a full-blown festival where all of the products being showcased were 100% vegan. Along with my partner, Nira Paliwoda, I had visited the festivals in Boston and elsewhere, and I couldn’t believe something similar didn’t exist in NYC. New York City seemed like a no-brainer because we already have so many wonderful vegan restaurants and food specialty shops. Plus, this city is chock full of intelligent, health-minded people. I just knew it would be a hit here.

SG: U.S. Veg Corp is an event-production company. The events that we put on are all about introducing people to the benefits of a vegan diet, but in a fun and engaging way. So, for example, last year we hosted a vegan ping pong tournament and a vegan fashion night. The NYC Vegetarian Food Festival is our premiere event. It gets the largest number of attendees and it has the most moving parts: vendors, speakers, cooking demos, belly dancing, book signings, door prizes….

JH: Here at One Green Planet you’ve been reporting on the upcoming speakers who will be at the NYCVFF this year. Last year one of the most memorable events from the fest was a doughnut eating contest featuring Dun-Well Doughnuts. What events at the fest do you think will bring the largest crowds this year?

SG: There’s so much buzz over vegan triathlete Brendan Brazier coming to speak. We’ve also had a lot of interest in our contest where the first prize is a 1-week vegan sailing vacation in the Virgin Islands. People are also very excited by all the food prep demos that will be offered by top chefs from the Natural Gourmet Institute. There’s also a special VIP Saturday night component to the Festival which will include a screening of the award-winning documentary “Vegucated” and a performance by a fantastic vegan rock band called Dynasty Electric.

JH: What are are you doing this year to spread the word about the festival in New York City and beyond? 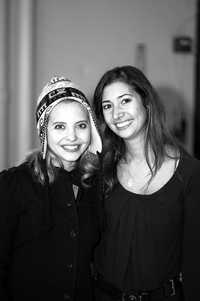 SG: Our social media marketing has gone through the roof. We also have an army of volunteers fanning out across the region with posters and flyers. Thanks to media partners like One Green Planet, we’re creating a lot of  buzz this year and our feeds will be viral, continuing right up through the time of the Festival itself. Attendees, exhibitors and speakers will have the opportunity to upload photos and comments during the event, which will be featured in real-time on One Green Planet. So even people who are not in New York can follow the action online!

JH: What words of encouragement or advice would you share to someone looking to bring a vegetarian food festival to their city?

SG: The time is ripe! The word is getting out about how wonderful a vegan diet is, not just for one’s own health but for the health of our planet as well. And it goes without saying that veganism is a much more humane lifestyle, which is a major attraction to many. So more and more people are interested in learning how to transition from SAD (Standard American Diet) to a life-affirming-diet. They are hungry for techniques and recipes and products. That’s the niche a VFF can fulfill.

WIN FREE VIP TICKETS: Enter One Green Planet’s CONTEST for a chance to win FREE VIP tickets to the Festival.

JOIN THE SOCIAL MEDIA FUN: Don’t forget to check out our Exclusive Real-Time Gallery to follow the Festival Online, no matter where you are. We’ll be adding pics daily, leading up to (and during) the event.

If you’re attending and want to share your photos in this gallery, just email them to [email protected] or Tweet your pic, with the hashtag #NYCVFF and @OneGreenPlanet.