No, Meat is Not Manly: Here’s Why 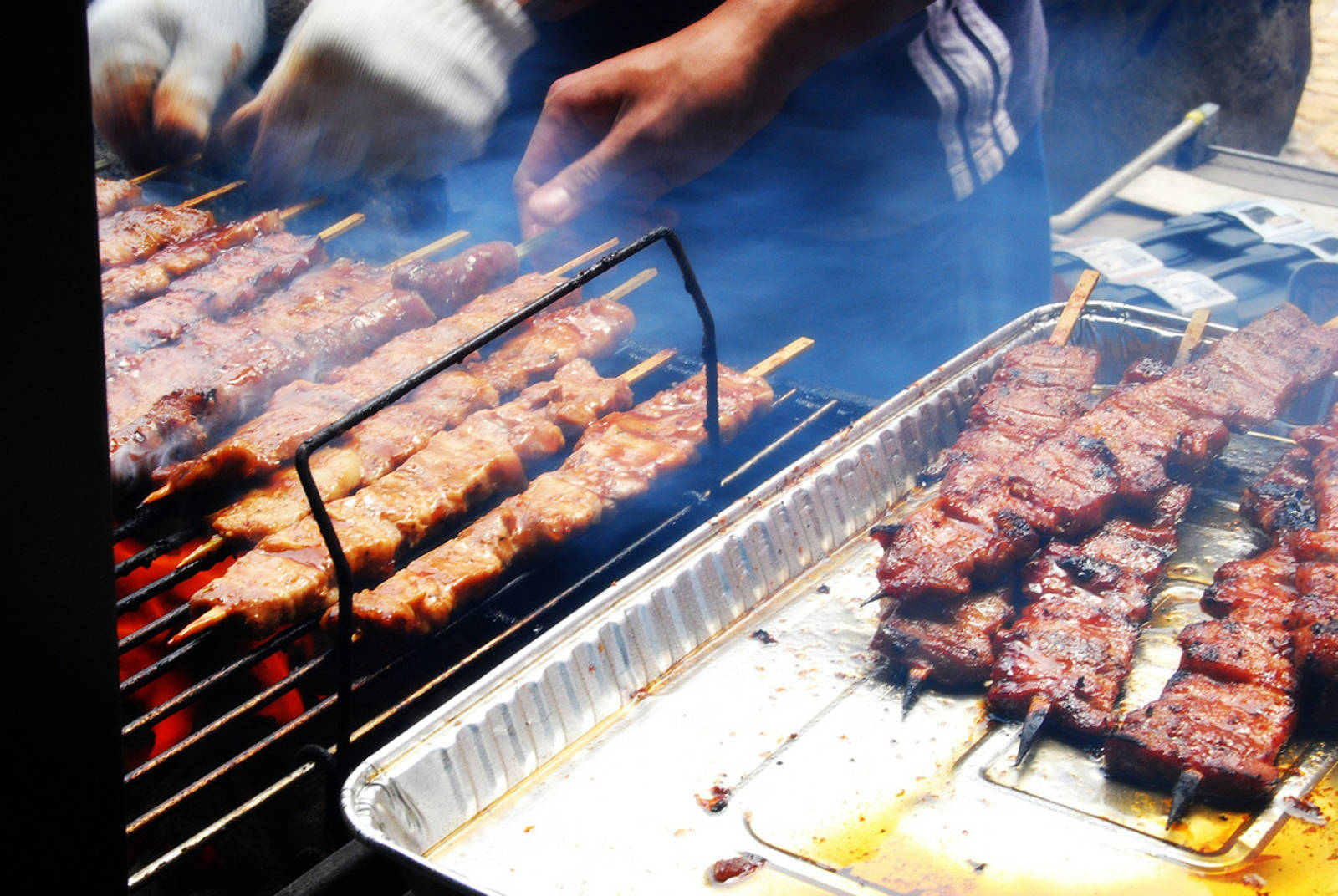 When switching to a plant-based diet, we know that someone will tell us how much they love bacon, and we know that it might take some time to change our habits. However, along with the usual changes and adjustments in our lives (not all of them bad), men often have an additional hurdle to jump when it comes to giving up animal products.

Very often, the topic of eating meat and its connection with being “manly” or “masculine” comes into the discussion of plant-based eating. Images of men at the barbeque cooking up some burgers, or down at the local pub eating a steak are classic examples of how the media portray the relationship between men and meat. When a man eats a salad (gasp!), we challenge his masculinity. Why? And why is this still happening in our “modern” society?

To delve into this topic, I realize we’re also going to be challenging some commonly held beliefs about what it means to be “manly” or “masculine.” Some of the commonly held beliefs for what it means to be manly is this: Men are supposed to be tough, dominant, and exceedingly independent. In essence, being manly is not valuing what we as a society have “feminized”: caring, compassion, and empathy.

I recommend viewing this three minute trailer for “The Mask You Live In,” a documentary created by The Representation Project, that tackles the question, “As a society, how are we failing our boys?” and through thought provoking discussion and analysis starts to unveil how we view masculinity.

Men in our society are constantly being pressured to prove how “manly” they are, and one way this has manifested itself in our culture is through meat eating.

Nearly all of the man and meat stigma portrayed in the media can be summed up nicely in this ridiculous commercial from Burger King, “Manthem.”

Here’s a breakdown of  some of the lyrics:

And I’m way too hungry to settle for chick food! – the man in the commercial pushes away a plate of more “delicate” food as he marches out of the restaurant. There’s no beating around the bush with this statement, if you don’t eat meat, you’re a girl, and being a girl is bad.

I’ll admit I’ve been fed quiche! Wave tofu bye-bye! Now it’s for Whopper beef I reach. – Again, this is pretty direct, if you’ve had tofu or even a meal not based around meat, it’s okay to admit it, but only if you’re going to eat meat again. And quickly, before your masculine image becomes tainted.

I am starved! I am incorrigible! – The men are hungry, and their taste for meat is not going to be changed. Only by eating a “burger beef bacon jalapeno good thing” will they be slightly sated.

Ugh, give us a break Burger King. Another fine example of the intertwining ideals of meat, men, and in this case femininity as well, we turn to “Two and a Half Men.” In this particular segment, Charlie (the main character) has given up meat to appease his girlfriend. After she smells meat on his breath, she nags him. He mocks the “tofurky,” explains how he was “starving” without his cheeseburgers, and ends with a rousing monologue to the fellow men about how they don’t need to put up with plant-based food, and the annoying women who support it.

Conventional Masculine Ideal: Men should be strong and eating “muscle” makes you “muscular”

In addition to all of the psychological requirements for being a “real” man, to be manly, men should be muscular. What better way to accomplish this than to consume animal muscle as meat? Right? Wrong. The vegan athlete movement is growing (for both men and women) and it’s demonstrating that being fit and muscular doesn’t involve the use of animals. When it comes to consuming protein, it’s a cinch on a plant-based diet.

Conventional Masculine Ideal: Men should be tough and dominant

Some people may feel that eating meat demonstrates dominance over other creatures, and this idea of dominance fits into what it means to “be a man.” They aren’t “supposed” to feel compassion for other animals as this has become a feminized emotion. So, throwing a steak on the grill is supposed to demonstrate the role of the dominant provider, and the tough image of being in part responsible for the killing of another creature for consumption.

A fine example of this phenomenon comes from the Travel Channel show, “Man Vs. Food.” In each episode of this series, host Adam Richman travels around the country taking on different restaurant “challenges” of eating large quantities of food. Mari Kate Mycek, guest writer for the Feminist Wire, nicely analyzed exactly how this show perpetuates the meat is manly stereotype. On watching the show, she says, “On more than several occasions during the twelve episodes of Man v. Food that I analyzed, Adam Richman, the show’s star, acts or compares himself to an non-human animal or a “beast.”

In the finest example, during one challenge, “Entitled the Manimal,” Richman must consume eight cheeseburgers, two hotdogs, a pile of fries, a soda, and a milkshake. The challenge begins with a Discovery Channel-esque ethnographic clip of footage that animalizes men eating hamburgers. The footage jumps from man to man, each consuming beef. The sound is cut and replaced by Richman stating things such as “Here we spot some hungry manimals who have descended upon the Tradewinds Café, to feed.”

The voice overs and montages may be silly, but they demonstrate how eating meat is associated with being dominant, even beast-like. The “king of the wild” if you will.

Research confirms that eating meat is viewed as masculine

The masculine ideal of toughness, dominance, and independence being achieved through the consumption of meat is not just a media fad or one of occurrence. It’s deep in our nation’s psyche, and many researchers have set out to discover why.

In 2012, a group of researchers tackled the issue of meat and masculinity from a marketer’s point of view. Their findings showed that “to the strong, traditional, macho, bicep-flexing, All-American male, red meat is a strong, traditional, macho, bicep-flexing, All-American food,” the authors write in the study. “Soy is not. To eat it, they would have to give up a food they saw as strong and powerful like themselves for a food they saw as weak and wimpy.”

In 2011, Appetite journal published a study that found that people — even those who are vegetarians themselves — rated vegetarians as more virtuous, but less masculine. The study (available for full download if you’d like to learn more) also provides some context as to where this idea originated. Namely, how throughout European history, meat has been associated with power and privilege, and perhaps we’re still clinging to that notion.

Hank Rothgerber of Bellarmine University in Louisville, Ky., recognized that there is “a growing awareness that it’s not great to eat meat, but still, people are doing it.”

In order to learn more about why this is happening, especially with men, he conducted a limited research study of the student body. He found that “men expressed more favorable attitudes toward eating meat, denied animal suffering, believed that animals were lower in a hierarchy than humans, provided religious and health justifications for consuming animals, and believed that it was human destiny to eat meat,” via NBC News.

No, Meat is not Manly

When it comes down to it, assigning a gender to the consumption of one food product is pretty weird. Not only do we end up alienating people, we reinforce gender stereotypes that as a culture, we should really move beyond.

For an incredibly thorough and thought-provoking continuation of this topic, I highly recommend reading “The Sexual Politics of Meat” by Carol J. Adams.