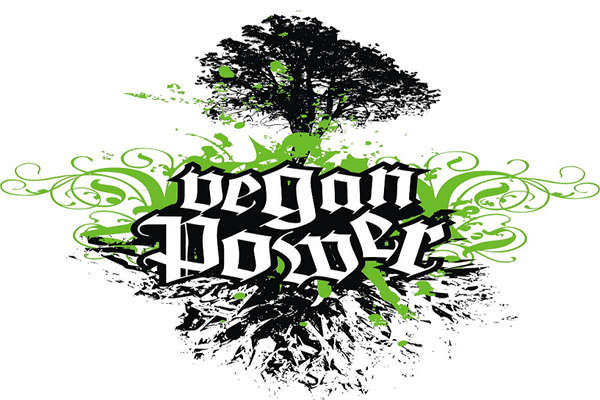 Jack is a Registered Dietitian and writes a nutrition blog at JackNorrisRD.com. He is the author of Vitamin B12: Are You Getting It? and maintains VeganHealth.org. Jack is the President and co-founder of Vegan Outreach. Vegan Outreach produces Why Vegan and other booklets. "> Meet Jack, A Vegan Advocate for Life - One Green Planet
Food Monster App Tiny Rescue Shop Newsletter Support Us Cookbooks Petitions

Jack is a Registered Dietitian and writes a nutrition blog at JackNorrisRD.com. He is the author of Vitamin B12: Are You Getting It? and maintains VeganHealth.org.

Jack is the President and co-founder of Vegan Outreach. Vegan Outreach produces Why Vegan and other booklets. Vegan Outreach’s Adopt a College program directly hands booklets to over 500,000 students every semester. In 2005, Jack was elected to the Animal Rights Hall of Fame.

In this interview, you’ll find reliable vegan resources while learning more about Vegan for Life: Everything You Need to Know to be Healthy and Fit on a Plant-based Diet!

Let’s get right to the good stuff!

Elisa: Jack, what initially inspired you to become a vegan and how long have you lived a vegan lifestyle?

Jack: I went on a fishing trip in 1986 that made me start thinking harder about how humans treat animals. It felt wrong to me that if a fellow human were drowning we would be doing all we could to save them, but a fish suffocating (on land) was of no moral concern. I had a strong desire to intervene on behalf of the fish. In the next few years I came across Peter Singer’s book, Animal Liberation, as well as information from PETA about factory farming and that began my journey into animal and vegetarian advocacy.

Elisa: How has veganism influenced your life in the past 20 years?

Jack: Basically, veganism influences just about everything I do given that it is not only how I live, but what I do for an occupation. Most of my friends are vegan. And for these reasons, veganism has become somewhat unnoticeable to me in my daily life – it’s just a given. When I first became vegan I felt really good that I was no longer contributing money towards the factory farming and slaughter of animals, but realizing that the problem was still there quickly turned me towards advocacy.

Elisa: As co-founder and president of Vegan Outreach, established in 1993 and one of the most well-known vegan activist groups in the world, I’m curious what prompted you to begin such a prestigious organization for the vegan community?

Jack: Vegan Outreach started out very small and un-prestigious! But we knew that taking our message to the masses, especially college students, was key to creating change for animals. Luckily, we had many people who also strongly believed in what we were doing and with their support we went from a handful of people leafleting with black and white pamphlets to the hundreds of leafleters we now have who will have distributed about 2.5 million of our booklets in 2011 alone. We give out our booklets to students at about 700 to 800 schools every semester. This tactic has proven to be effective and if you would like to see more vegetarians in the world, please get involved at Vegan Outreach.org.

Elisa: What inspired you to become an author and was it a challenge to originally publish your work?

Jack: Ginny and I were already doing a lot of writing on vegan nutrition and I had been developing “recommendations” for vegans for many years through VeganHealth.org, so it was a natural step to organize all our writings into a book. Finding an agent was challenging but finding a publisher was much easier – Da Capo Press has published a lot of books about veganism and they were enthusiastic about the project, so it has been a great fit.

Elisa: What gave you the incentive to write Vegan for Life?

Jack: There is a lot of confusion and misinformation about vegan nutrition and we wanted to provide people with a resource they could trust.

There are many nutritionists promoting their particular view using scientific research as though they are an attorney trying to win a case, citing what promotes their view and ignoring the rest. I believe it is important not to start with the conclusion when you research a topic, but rather end up where the evidence leads.

Luckily, there is a lot of good evidence indicating a vegan diet can be a healthy way to live. Since writing our book, the first study measuring vegan’s risk of getting diabetes was published and it found vegans to have a 60% reduced risk compared to regular meat-eaters. That’s something to write home about. More on that here. Cross-sectional studies have also shown vegans to have lower blood pressure, cholesterol, and body mass index.

Elisa: Who should read Vegan for Life and why?

Jack: Of course, I would encourage anyone interested in plant-based eating to read Vegan For Life! Even long-term vegans who have followed my writings have said Vegan For Life changed their eating habits. A lot of the information circulating among the vegan community is quite dated and anyone who is vegan or promotes plant-based eating should really be up on the recent research. Our book condenses it all into one convenient place.

Elisa: What is the main point that you’d like readers to take away when reading Vegan for Life?

Jack: The goal of our book is to make plant-based eaters more aware of healthy choices. While I certainly hope that our book will move many people towards a plant-based diet, and in many ways I see benefits from a holistic view of nutrition, probably the most important contribution I have made is to impart upon vegans that micronutrients matter. In particular, being deficient in vitamin B12, calcium, vitamin D, iodine, omega-3s, iron, or zinc results in real consequences.

The biggest thrust of my nutrition career has been to make the vegan community aware of the need to get a regular source of vitamin B12. After that, convincing vegans to meet calcium recommendations is my biggest goal because osteoporosis is not something to mess with and a lot of vegans have become complacent about calcium.

Elisa: You’ve recently released a nutrient analysis tool: peacounter.com. Would you tell us about this resource and how the average consumer or health professional might benefit from bookmarking this link?

Jack: PeaCounter.com is a website that allows anyone to track their nutrition intake to see how much protein, fat, carbohydrates, vitamins, minerals, and amino acids they get each day. There are many nutrient calculators out there, but very few that provide the level of detail that PeaCounter.com does. Nutrition professionals will find it useful if they do not have their own diet analysis software.

Pea Counter also provides a user-friendly way to look up foods in the USDA Nutrient Database and, unlike the USDA’s website, allows you to share links to the nutrient content of a specific food.  There is a page of all the Dietary Reference Intakes as well as calculators for common nutrition measurements (such as Body Mass Index).