Get Your Family to Eat Tofurky® and End Dogfighting: The Power of Positive Reinforcement

By Nicole Forsyth: President and CEO for RedRover 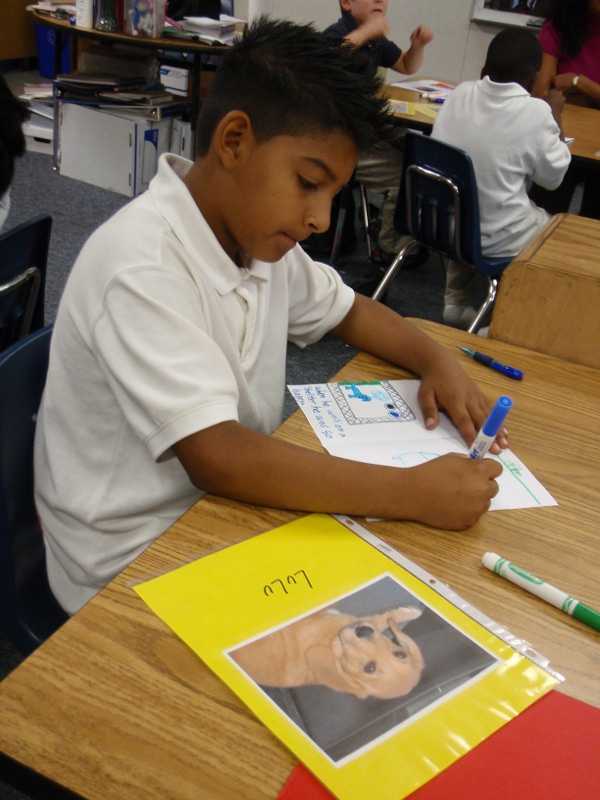 A lot of us are in the business of trying to get people to change – to teach them something – so they will make better choices, choices that will benefit society, animals and the environment; choices that will make the world a better, more humane place to live.

As advocates for a more humane society, what tactics do we use that we think will be the most successful? Do we advocate for a new law with punishments and fines and then experience dismay at the staunch resistance and long-lasting resentment of our opponents or – after all our work – the lack of enforcement? Or do we set up programs where the people we are trying to change receive positive reinforcement for implementing a social benefit or for changing an attitude or behavior? On one hand advocating for a law seems easier, more straightforward, and this tactic is widely considered the backbone of most social movements. And, of course, our judicial system is built on the idea that punishment – fines or jail time – is the way to deter bad behavior. However, one must ask in a country where the prison population is growing, where one in 31 adults in the United States is either incarcerated or on probation or parole and where roughly half of released offenders are back in prison within three years1, does punishment work?

Behavior experts, backed by countless research, have shown that punishment can work but not nearly as well as positive reinforcement, and punishment brings numerous negative side effects. Whether you are trying to get your spouse to do the dishes, your dog to stop jumping on you or a twelve-year-old boy to not fight dogs, clearly changing a behavior, or learning, through positive reinforcement is the way to go. Learning can be defined as “a relatively permanent change in behavior or mental associations due to experience.”2 How animals, including people, learn is complex, but it may help our social movements to recall some of the basic principles and look for ways these can be applied in our efforts to create social change.

The most important concept in learning theory or behavior modification is that of reinforcement: all behavior occurs and re-occurs because something reinforces it. If you want to increase a behavior or cause a behavior to happen you first need to figure out what would reinforce it, watch for or create situations for the desired behavior to occur and then use the reinforcement after the desired behavior. A classic positive reinforcement example would be teaching a dog to sit. For most dogs, all you need to do is lift your hand up so that his head goes back and he naturally performs a sit and then give a treat or lots of praise. And this works with people, too. If your spouse never does the dishes or only does the dishes when specifically asked, it’s because nothing is reinforcing the behavior of doing the dishes. Try telling your spouse how much you appreciate the fact that they are doing the dishes or even give a well-timed kiss, and you will be surprised how quickly they will form a dish-washing habit.

Individuals vary widely on what they find reinforcing. Reinforcements can be a fun activity, like playing with a toy or watching a movie; or material, like dog treats or prizes. They can be social: praise, appreciation or a gesture that communicates positive regard; such as genuine listening. And then there’s intrinsic reinforcement, where an individual does something because it gives internal good feelings, like the sense of accomplishment in knowing you completed an assignment well or knowing that your volunteer work at an animal shelter makes animals feel better. This is the ultimate reinforcement that educators everywhere strive to develop in their students.

The sort of corollary to the idea of reinforcement is the concept of extinction: an individual stops doing a specific behavior when there is nothing reinforcing it. If you want to decrease a behavior you first need to figure out what’s reinforcing it and either remove the reinforcement or replace the old reinforcement with a more appropriate one. Lots of people have problems with their dogs jumping up on them. What reinforces a dog’s jumping behavior? The attention he receives. How to stop the behavior? Remove the reinforcement. If you turn your back on a dog the minute he jumps up on you and give the dog no reaction – no movement, no vocalization, no attention of any kind, the behavior will stop. You may also need to coach other people to do the same thing to extinguish the behavior in various contexts.

Ok, how about a more complicated behavior, like dog fighting? What does a person find reinforcing about dog fighting? The status or the reaction it gives him with his peers; the sense of pride he feels if his dog wins (which is a variable positive reinforcement since his dog won’t always win). Since we can’t remove the reinforcement easily, we need to replace the behavior with a better one that functions in the same way, and this will be more effective if we can change many within a peer group at the same time. I’ve seen this done in a program called End Dog Fighting where former street dog fighters of all ages from the same community work together to train their dogs in agility.3 The former dog fighters experience the same positive reinforcements from their peers because they can impress them with their incredibly well-trained dogs that can do a 25-foot down-stay with complete attention, plus they have the added positive reinforcement of an incredibly strong bond with a loyal and devoted pit bull.

The biggest concern with punishment – besides it not working as well and the fact that someone always has to be there to police behavior – is the negative responses punishment evokes in others, which often escalates to anger and resentment and creates an even stauncher resistance to change. And punishment pushed too far can become abusive. Hitting a dog when he doesn’t come back when called is a classic example of an ineffective use of punishment that is really abuse. Not only will this not teach the dog the command for come – because the dog will associate coming back to an owner with pain and fear and be even less likely to come the next time – but it destroys the potential for a highly rewarding human-animal bond.

There are a few cautions to keep in mind with positive reinforcement, especially as they relate to classrooms. If too much focus is placed on external behaviors, there may be a tendency to ignore cognitive factors that get in the way of learning, such as a learning disability. And using positive reinforcement well takes a lot of conscientious effort; if done incorrectly you may unintentionally reinforce the wrong behavior. For example, if a teacher thinks they are using reinforcement, such as praise, but it is given out too generally or too frequently, students may learn the praise is not genuine or that they can get by with a minimum amount of work (because the praise is reinforcing mediocre work), rather than feel challenged to excel further. If teachers or parents want to see children trying harder or taking on more challenging work, they should try praising effort, which has been show to keep children more engaged and challenged to excel.4

If positive reinforcement works, why don’t people use it more?

One reason may be the lack of education in learning theory. The gap in education about behavior modification principles leaves people highly susceptible to conflicting messages about how to change behavior and frustrated when their attempts to change the behavior of others fail. For example, behavior experts have long considered hitting a dog an unacceptable and ineffective strategy for behavior modification and recommend using positive training methods over punishment. Despite this, hitting dogs, spanking children and other forms of punishment are still widely used; and misinformation about dog training in particular is rampant, disseminated largely by self-proclaimed dog trainers, such as the unfortunately popular TV entertainer Cesar Milan. Without explicit knowledge of behavior modification principles, people default to behaviors they see modeled or what they experienced growing up. Perhaps if more people learned why positive reinforcement works better than punishment, they would be more successful in changing behavior and more critical when confronted with misinformation about teaching strategies.

And lastly, as advocates, we are rewarded for tactics that utilize punishment. We receive the media attention and donations that keep our nonprofit organizations going. It takes time, patience and perseverance to see the results of positive reinforcement which functions in a real-change-doesn’t-happen-overnight way. To create solutions to changing unwanted behaviors it takes a conscientious effort to listen or pay attention to others, analyze what the reinforcements are behind behaviors and develop consistent, innovative strategies to remove or replace unwanted behaviors. Programs of this nature may not seem to have the power and authority as one that uses punishments; they may be more challenging to communicate to donors and more challenging to effectively measure long-term effects. But to obtain our long-term goals, behavioral research tells us we need to stay positive.

If you have ideas or other examples of ways you’ve seen positive reinforcement work, please share in the comments below. RedRover is always looking for ways to create opportunities where people can experience and be rewarded for caring about animals. For example, RedRover Relief gives small grants and a sense of hope to people to reinforce the behavior of seeking treatment for a veterinary emergency (as opposed to euthanizing or surrendering to a shelter). RedRover Readers seeks to increase empathy and understanding about animals by reading high-quality books and creating engaging classroom discussions where students are reinforced for their critical thinking and displays of empathy with genuine listening, positive peer interactions and the internal satisfaction that comes from listening to stories, relating to characters and sharing personal experiences.

And finally, how do you get your family to eat Tofurky® this Thanksgiving? Try avoiding any lectures on the horrors of raising turkeys for food and offer your culinary arts as a gift: dress up a Tofurky® roast with scrumptious roasted vegetables and the best vegan stuffing recipe you’ve found and present this irresistible Tofurky® proudly in the center of the table and let positive reinforcement do its thing.