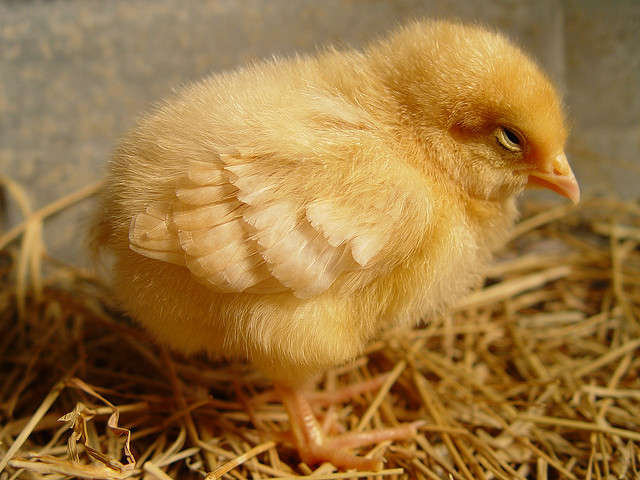 When Mariann was a baby, which was back in the day when mothers made their own formula according to a recipe prescribed by a doctor, she was fed on a diet of condensed milk and sugar. Doctor’s orders.

We know someone whose mother was prescribed speed by her doctor, as a weight loss supplement, while she was pregnant with him. Another friend tells the story about how her mother went into labor at a cocktail party, where she was happily consuming alcohol and smoking cigarettes, as she, and everyone else, did throughout pregnancy.

Indeed, many of us remember when smoking was absolutely the norm, when nobody was talking about the devastating diseases you were exposing yourself to by taking a puff. And so we puffed…

It is astonishing to think about the things we’ve done to our bodies without realizing it, without thinking twice.

If the two of us had a dime for every styrofoam cup we’ve microwaved, vinyl record we melted to make a pretty bowl, or – well, let’s not even get into the drugs – we could hire a chef to feed us raw vegan cuisine three times a day for the rest of our lives.

The point is, we’ve all been there. We’ve swum in the deep well of denial, and allowed mainstream misinformation to color our vision of what is acceptable, trendy, even good for us. It’s almost amusing to think about how far we’ve come since the days when we thought Wonder Bread was truly wonderful, used a reflector to get even more sun on our already tan faces, or yes, ate animals (not to mention the byproducts of their reproductive systems).

It seems absurd, to say the least. And still, sometimes, when one of the two of us is on line (or in line, if you’re not from New York) at the deli – awaiting a black decaf, our current occasional drug of choice (which, truth be told, is way less fun than the ones of yesteryear) – and the person in front of us orders a turkey hero, there is this moment when we want to save them from what they’re about to do, shake them by their shoulders and scream, “WAIT! THAT WAS AN ANIMAL! YOU’RE ABOUT TO EAT A DEAD ANIMAL!” They probably wouldn’t appreciate it very much.

Just like, back in the day, we would not have been okay with some seemingly holier-than-thou stranger walking up to us and telling us that cigarettes cause lung cancer. Lung cancer! Shut the front door…

There is, of course, a very serious difference. If someone tells you cigarettes cause lung cancer, they are acting on your behalf. Even though eating animal products will also kill you (consumption of animal products is directly linked to most of the life-threatening chronic illnesses plaguing our country, including heart disease, diabetes, stroke, and obesity), when someone tries to tell you that by consuming animal products you are directly supporting the torture, confinement, and slaughter of innocent beings, they are acting on behalf of the animals. So it’s even harder to convince someone that what they think is true, just isn’t.

Think about some of the other things you know now that you didn’t know back then. Especially those that have become common (or at least widespread) knowledge. Like the fact that gas-guzzling cars are cooking the planet, or the fact that all those water bottles everyone buys as a matter of course are ending up in landfills, or the fact that not only is sugar and condensed milk not the best way to feed babies, but it turns out that breast milk is actually really good for them. Go figure.

Remembering seemingly obvious things we didn’t once know is, we find, a useful exercise, especially as we seek to change the world for animals. For us, it helps us to remember that it’s very possible that the person at the deli who just ordered a turkey hero probably has not, in fact, connected the dots – just as you hadn’t at one point.

It is absolutely essential that we use our voice to speak up for animals whenever we can. We are literally all they have. But we must also remember that each time we do so, that might be the first time the person we’re talking to has thought about it. You probably didn’t change your mind about all the things you were misinformed about the very first time you heard them, but a seed was planted so that the next time you heard about it, maybe you were a bit more willing to listen.

Even though each time we bring up the devastation caused by animal agribusiness, it’s true that we might not be doing anything more than planting a seed, when seeds are planted, people start to think, to grow, and, ultimately, to change. So be patient.

Think back. There was a point for each of us when we realized that something we were doing was harmful, destructive, unnecessary, or just plain stupid. There was an aha! moment. In that moment, we made the decision to quit smoking, get out of the sun, buy a hybrid, ditch the dairy. We were reached. But in order to be reached, we needed to first be awakened. We weren’t bad people; we just didn’t know. But we learned, we took responsibility, we grew up, we changed. Just as, inevitably, there are habits we have now that we will later learn are flawed, possibly unethical. And so it goes. We will change again. We will continue to try to be the best person we can be. We will venture further down this path of living our lives in an ethical continuum with our beliefs – even if that means carrying around a reusable water bottle in the process.

We got to know someone recently who just went vegan. She told us about an experience she had last year buying winter boots that were made of animal products. At the time, there was something inside her that didn’t feel right about buying them or wearing them. She lingered on that thought for a few days, feeling a mix of guilt and confusion. Eventually, however, she put away those doubts and absolved herself of those bad feelings. She gave herself a pass. She moved on. A year later, she now recalls that moment and wonders why she turned back. If she had only gone vegan sooner, she could have spared the lives of about 95 animals…

But that line of thinking is just not useful. For whatever reason, she wasn’t there yet, but even though she didn’t realize it, she was well on her way.

So the next time you make your voice heard and advocate for animals, remember this: Just as you are on your own journey, continually growing, so too are they on theirs, and your goal is to help them grow. It’s very possible that, in other areas of their life, they are further evolved than you or I. It’s entirely possible that, once they see the light, they will do more than any of us to help animals. See the person they are capable of becoming, and reach out to help them get there.

Or maybe they’re not ever going to change. Maybe they’re truly shallow. Blame it on the amphetamines their mother took while they were in utero. Or blame it on society, and the ease with which people are given a “get out of jail free” card. Or don’t blame anyone or anything – just move on and don’t, whatever you do, get stuck there. The next guy, the one who just quit smoking, might be ready.