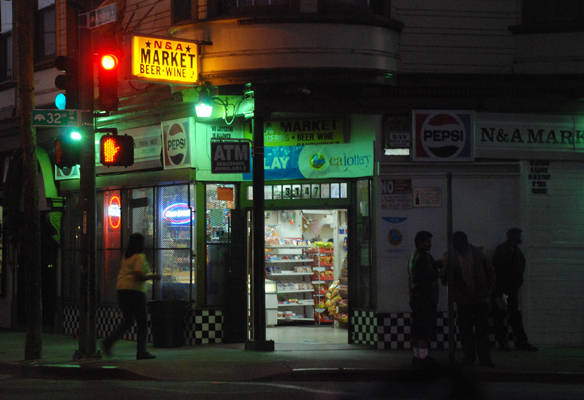 Encouraging residents to raise animals from infants, get to know the them, and then kill them is risky business because – although many people eat meat – most people have not killed an animal. Why? Because most people would rather not see, hear or participate in killing an animal, for good reason."> Backyard Slaughter: Localizing Violence and Suffering - One Green Planet
Food Monster App Tiny Rescue Shop Newsletter Support Us Cookbooks Petitions

People in cities everywhere are rethinking how we produce and consume food. People are questioning how their food is grown and how it is distributed – who has access to healthful food and who doesn’t[i]. The goal is food justice: making sure all people have equal access to food that is healthful, ethically produced and environmentally sustainable[ii].

Oakland, California recently made significant changes to its food system through a food policy that permits all residents to grow crops for personal consumption, or sell them as a home-based business. The policy was created specifically to address the lack of access people in food deserts[iii] have to healthful fruits and vegetables.

As ethical food advocates we should celebrate this victory. Oakland now has the means to grow the types of food that those in need are lacking, and is working out details about how to distribute the food justly.

But for some people that is not enough. The three most vocal farmers of animals in Oakland claim that raising and slaughtering animals is their right, despite the fact that Oakland law prohibits slaughter[iv], similar to many other cities.[v] In addition, each farm is located one mile or less from a full service grocery store such as Trader Joe’s, a smaller mom & pop grocery store, or a farmer’s market. What does this mean?

The people advocating for deregulating animal farms do not live in food deserts.[vi] They can buy any food they choose from a local business. So why do they they want to raise animals for slaughter? 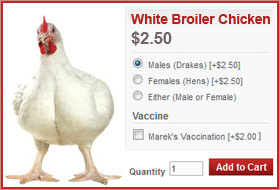 As an animal advocate, I am opposed to factory farming, as is almost every other person I know. I am against anything that institutionalizes harming animals. One common refrain by Oakland animal farmers in news articles, at public meetings, and in letters to city officials is that urban animal farming is “better than factory farming.” Factory farming involves things such as commercial hatcheries, large-scale inhumane housing of animals, and a brutal death at a slaughterhouse.

Enough urban animal farmers already support commercial hatcheries[vii], keep animals in inhumane housing[viii], and kill animals in brutal ways[ix] that we should be concerned with the prospect of creating more animal farms. The only consistent difference in many existing urban animal farms seems to be one of scale.

But there are no factory farms in Oakland. More animal farms of any scale in Oakland means more animals killed, more animals dumped at the shelter,[x] and opening the floodgates for slaughter hobbyists to practice their craft,[xi] make mistakes, kill animals and cause needless suffering. But to what end?

The CDC, USDA, The Lancet, the European Journal of Clinical Nutrition[xii] and countless other authorities on public health recommend eating more fruits and vegetables and less meat. The carbon footprint of plant-based agriculture is lower per-pound than the equivalent production of meat. In addition, meat is a less efficient form of producing protein and other vital nutrients than foods as ubiquitous in all cultures as beans, rice, lentils and whole grains.[xiii] All signs point to eating less or no meat. But if we don’t reduce meat production as a society, how can we reduce our meat consumption overall?[xiv] 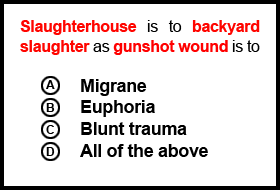 Oakland already has a high violent crime rate.[xv] Encouraging residents to raise animals from infants, get to know the them, and then kill them is risky business because – although many people eat meat – most people have not killed an animal. Why? Because most people would rather not see, hear or participate in killing an animal, for good reason. Killing anyone is a violent act.

Encouraging people to kill animals as a way to “know where their food comes from” by deregulating slaughter is a dangerous gamble. Studies show a strong correlation between violent crime and the presence of slaughterhouses in communities. People become desensitized, not from performing industrial labor, but from killing animals. In commercial slaughter facilities, normal worker turnover is among the highest in any industry.[xvi]

So what can Oakland  – or any other city – do to become a place where everyone has access to healthful, ethically produced and environmentally sustainable food? We can continue to strengthen and refine the city’s horticulture-based policies, and begin to phase out animal agriculture. We have the capacity to produce enough food for everyone with our existing laws, the next hurdle is distributing this food justly.

Instead of  producing more meat by creating an additional smaller-scale meat industry, we should focus on converting existing distribution channels to become more healthful, ethical, and sustainable. The mom and pop grocery store, the local bodega, the supermarket, and the farmers market are all potential agents of change. And don’t underestimate the power of the veggie-mobile![xvii]

All of these local businesses would benefit from public incentives to provide healthful, ethical, sustainable – and yes, vegan – offerings to Oakland residents in traditionally under-served communities.