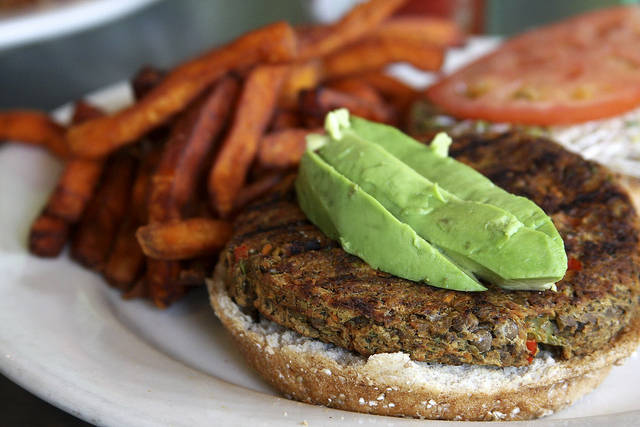 Using the holiday gift, Go Vegan For Me, as a reason to get others to do it means that I can save more animals than by my diet and lifestyle alone. Score! So... here is how I brilliantly accomplish that during the holidays (as well as during another time of the year: my birthday!)."> A Vegan Gift For YOU: Get Others to Try the Vegan Lifestyle - One Green Planet
Food Monster App Tiny Rescue Shop Newsletter Support Us Cookbooks Petitions

A Vegan Gift For YOU: Get Others to Try the Vegan Lifestyle

As the holidays are approaching, we find ourselves making wish lists of gifts we want. But, you know what I really treasure? For other people to eat more plant based food, even if only temporarily. This not only reduces our consumption for gifts and trinkets we probably don’t need (that’s good for the earth), but it also increases the well-being of other people trying on vegan for size… and, of course, it saves animals.

As a vegan for ethical reasons, the thing that makes me happiest is saving as many animals as possible. Using the holiday gift, Go Vegan For Me, as a reason to get others to do it means that I can save more animals than by my diet and lifestyle alone. Score! So… here is how I brilliantly accomplish that during the holidays (as well as during another time of the year: my birthday!).

I ask family and friends to go vegan for five days, as their gift to me. (You can make it any length of time as some people might respond better to, say, three days, because it might appear more manageable.) Also, it doesn’t necessarily have to be five days straight. Although doing the days straight in a row might seem more challenging to some, I find that people will experience a better boost to energy and overall wellness by doing it that way, and they really get their momentum going. However, whether it’s five days straight or whether it becomes “Vegan Sundays in January”, animals and the earth will feel the affects.

And, rest assured, I let them know that I’ll make it extra easy for them to do this. Here’s what I do…

I make a quick list of gifts I’d like to receive (for those people who aren’t open to plant-based living… yet), and I write at the top of the list: Go Vegan For 5 Days For Me: A Fun Culinary Adventure. I take a bit of time to explain why it’d mean so much to me and that it’s my top gift pick. Then, I share the following information and tips.

In past years I’ve had many takers for this and it’s big fun. I’ve had a couple of converts as a result, and some who simply end up more open to vegan foods even if they don’t choose it 100%. And, if someone takes you up on it, but doesn’t stay vegan, don’t be surprised if a couple of years later they come back around and go vegan for good. I’ve seen it happen.