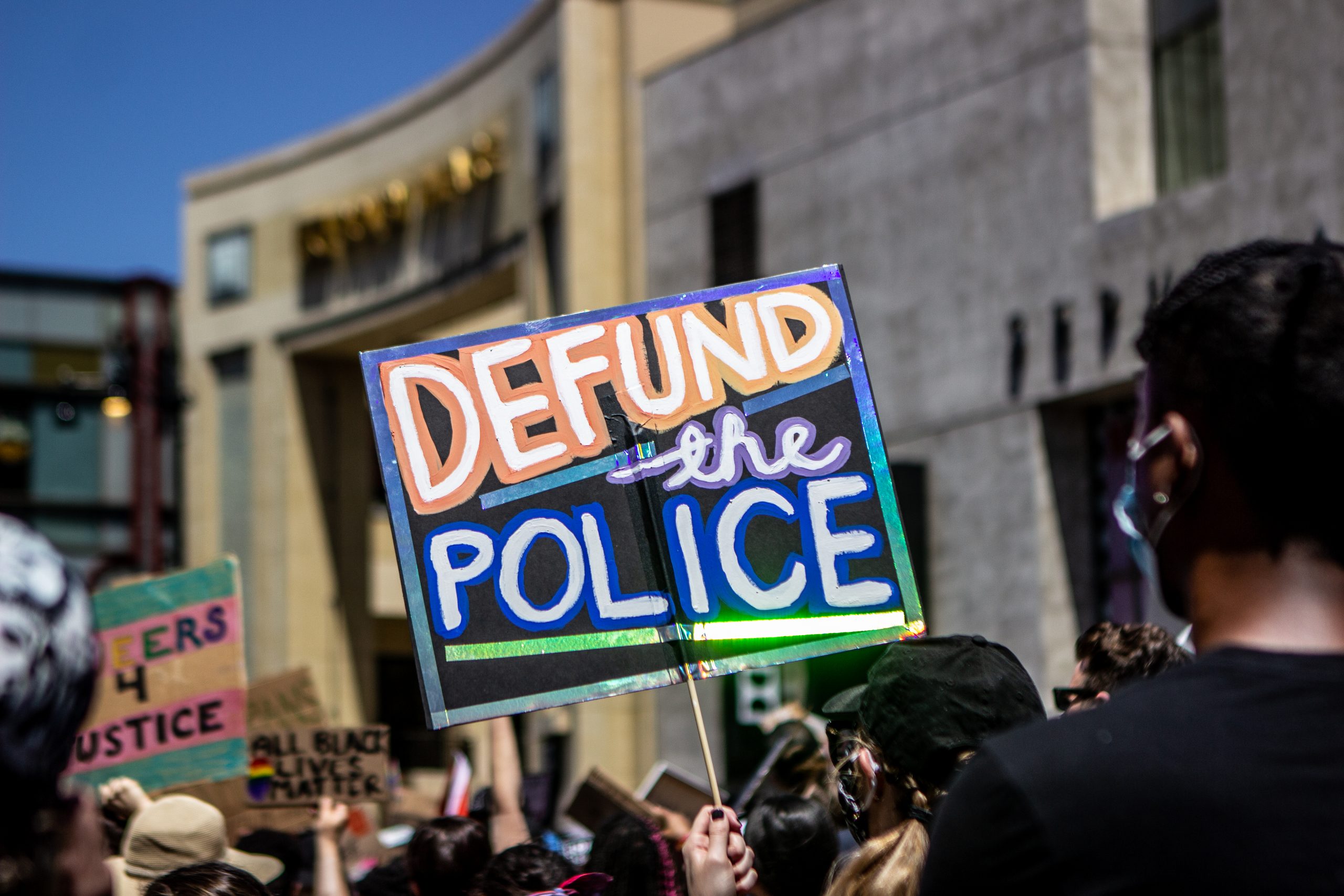 As protests calling for racial justice have swept the country––following the killings of George Floyd, Breonna Taylor, Jacob Blake, and countless other Black people––the “defund the police” movement has risen to national prominence.

The response to rampant police brutality ranges from increased trainings and body cameras to more systemic changes like defunding the police and abolishing the police. Even within these movements, the views can vary.

For many, the basic call to defund the police is clear: stop funding police department, which takes up large amounts of cities’ budgets, and use those funds to invest in the community itself.  On average, state and local governments spend upward of $100 billion dollars on law enforcement each year, in addition to more in federal grants and resources.

“[I]t’s about reinvesting those dollars into black communities. Communities that have been deeply divested from, communities that, some have never felt the impact of having true resources,” Black Lives Matter co-founder Patrisse Cullors said to WBUR. “I’ve been saying we have an economy of punishment over an economy of care.”

Supporters advocate for the money to be put back into social services for mental health, domestic violence, and homelessness, or to fund schools and hospitals.

Calls for sweeping systemic change are not new, stemming from the prison abolition movement that grew from WEB DuBois’s work in the 1940s gaining momentum through the work of Angela Davis, Ruth Wilson Gilmore, and Rose Braz from the 70s through 90s. “Defund the police” and “abolish the police” have become rallying cries of the current fights for racial justice.

Now, about a third of U.S. adults—more than half of Democrats, African Americans, and young people—now support the “defund the police” movement. Since Floyd’s death, city councils across the country have proposed cutting their police departments’ annual budgets.

“It’s different than the 2013, 2012, 2017 iteration of the Black Lives Matter movement,” said Oluchi Omeoga, an organizer and core team member with the Black Visions Collective. “We’re no longer asking for convictions or folks to be indicted. We’re asking for an actual narrative shift, a seismic shift in the systems of police.”

Disband or Abolish the Police

In addition to divestment, calls to disband, dismantle, or abolish the police have increased as racial justice protests continue.

Rooted in prison abolition work by Black feminists like Angela Davis the modern abolition movement is also heterogeneous in its practices and goals. Many abolitionists advocate for the removal of punitive structures that use punishment as the primary solution in order to building systems that truly support communities.

Although abolition is seen as a new concept in modern popular discourse, various US cities have disbanded their police departments in order to rethink the purpose of policing.

Camden, New Jersey, disbanded its police department in 2012 in order to root out widespread corruption and replaced it with an entirely new version. Seven years later, the city’s crime has dropped by close to half. The improvement has been attributed to the new approach in policing that prioritizes “partnership and problem-solving over violence and punishment.”

A majority of the Minneapolis City Council agreed to dismantle the city’s police department in the wake of Floyd’s death. The plan––which would replace the current “toxic” system with one focused on public health and safety––has been delayed by the the Minneapolis Charter Commission.

The movement to defund or abolish the police come after many attempts to reform police departments failed to protect innocent Black lives from police violence.

After 18-year-old Michael Brown was killed by Ferguson police officer Darren Wilson on August 9, 2014, police departments spent tens of millions of dollars on body cameras, rewrote use-of-force policies, and conducted training sessions on implicit bias and de-escalation tactics. The Minneapolis Police Department was even a pilot site for a federal program to increase trust in the criminal justice system.

Clearly, police reform failed as police violence has actually increased in since Brown’s death, leading to the killing of Floyd by police officers in Minneapolis where reform supposedly took place.

In 1997, prison abolitionists Angela Davis, Ruth Wilson Gilmore, and Rose Braz founded Critical Resistance, a grassroots organization that has been outspoken in recent months about the failure of police reform and the necessity for abolition.

The Semantics of “Defund the Police”

The movement to defund or abolish the police is diverse and easily misunderstood. The messaging has also caused a rift in the Democratic party as lawmakers work to enact legislation to stop the killings of innocent Black people while not alienating voters as the general election draws closer.

Much of this division is caused by the semantics of “defund the police.”

In an interview with CNN’s Jake Tapper, House Majority Whip Jim Clyburn said “I would simply say, as I have always said, nobody is going to defund the police.”

“We can restructure the police forces, restructure, reimagine policing. That is what we are going to do,” he continued, adding that he wouldn’t defund but rather “deconstruct our policing.”

In the same program with Tapper, Rep. Ilhan Omar embraced the term but noted how “defund the police” is easily misunderstood.

For Rep. Omar, defunding the police is “dismantling [policing infrastructure] and then looking at what funding priorities should look like as we reimagine a new way forward.”

Whether it’s deconstructing, dismantling, or defunding the police, House and Senate Democrats have shown their commitment to making real change in police departments around the country.

House and Senate Democrats have released police reform legislation that would make it easier to prosecute and regulate police misconduct, demilitarize police departments, and end qualified immunity which gives police officers and other public officials immunity from civil lawsuits.

While it is unclear whether effective federal police reform legislation will be enacted due to resistance from Congressional Republicans and President Trump, states and local governments have stepped up to try and stop the unnecessary and unjust killings at the hands of police officers.