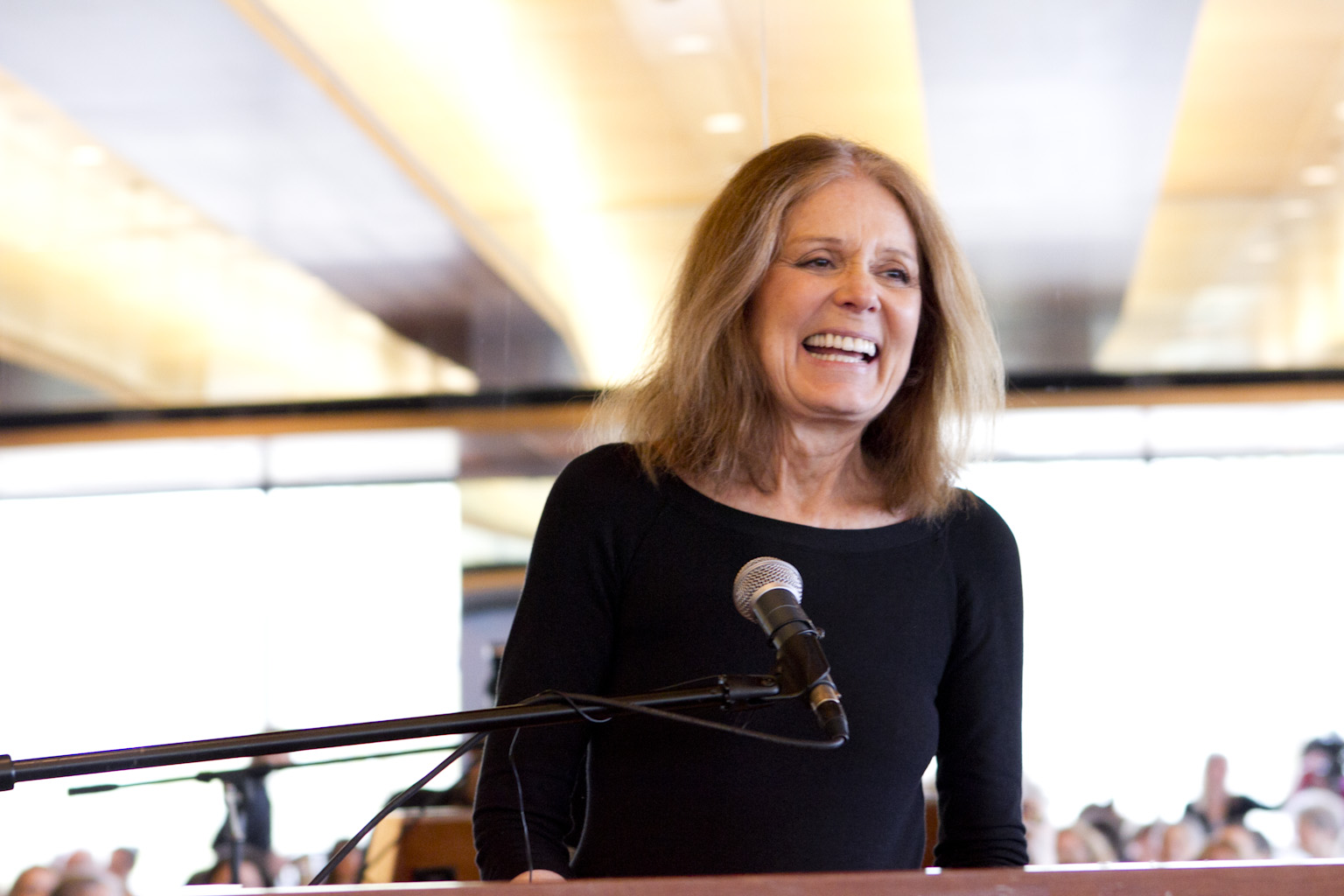 In the upcoming biopic, titled “The Glorias,” Gloria Steinem is played by four actresses––Julianne Moore, Alicia Vikander, Lulu Wilson, and Ryan Kiera Armstrong––showing the feminist icon throughout different stages of her life.

Based on Steinem’s autobiography “My Life on the Road,” the film covers many decades of Steinem’s life from her world travels to the founding Ms. Magazine to her role in the American feminist movement in the 1960s and 1970s.

In just the past two years, Steinem has had her life dramatized three times, onstage in “Gloria: A Life,” on television in FX’s “Mrs. America,” and now in Julie Taymor’s film, “The Glorias.”

“The Glorias” debuted at Sundance earlier this year and was acquired by Roadside Attractions and LD Entertainment shortly after its premiere.

“The message of Gloria’s life and activism and spirit speak so strongly to the current moment, and we collectively decided to pivot from a theatrical release to this new, digital plan to give the film its widest audience, right away,” said Roadside co-presidents Howard Cohen and Eric d’Arbeloff.

The film will be streaming exclusively on Amazon Prime Video starting Sept. 30.