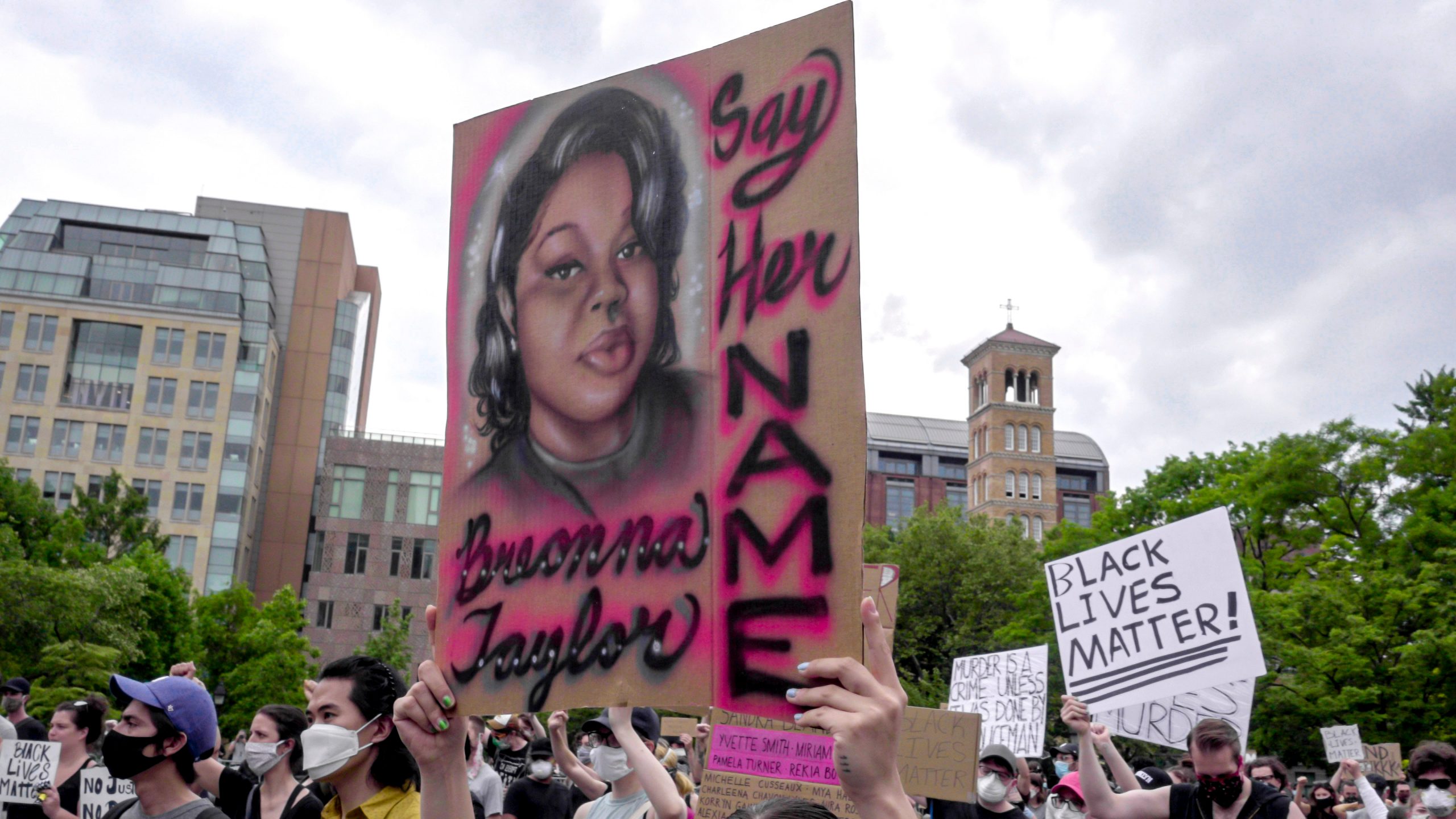 An amended lawsuit filed by Breonna Taylor‘s mother claims that the police raid that killed her daughter was connected to a political plan to clear the neighborhood for real estate development.

Taylor was killed in March when police broke down her door while executing a warrant for a narcotics investigation.  The police shot her eight times. Her mother filed a wrongful death lawsuit in April. The police officers in the raid have not been arrested, but Louisville has banned no-knock raids.

Taylor’s family attorney, Ben Crump, said in a statement that the police officers did not have probable cause to enter the home.

“The officers who robbed Breonna of her life — and Tamika Palmer of her daughter — exhibited outrageous, reckless, willful, wanton and unlawful conduct,” Crump said. “As a consequence, the city lost one of its most precious essential frontline workers, who risked her life daily to save her fellow residents in a pandemic. This is a grievous offense against Breonna, her family, and the greater Louisville community.”

The amended lawsuit was filed on July 5th in Jefferson Circuit court said that Taylor’s death was the “culmination of radical political and police conduct.” The Louisville Metro Police Department declined to comment because the investigation is ongoing.

The lawsuit adds political reasons in the amended version, saying that the city was motivated to remove Taylor’s boyfriend’s house to add a new development. “One of the primary roadblocks to this unit and the real estate development project was an ex-boyfriend of Breonna Taylor, who rented a home on Elliott Avenue,” the lawsuit alleges.

Sign this petition to demand justice for Breonna Taylor now!

Through this grief and anger, we must unite and work together to create the change we want to see. Let’s make sure no black child has to ever say these heartbreaking words ever again