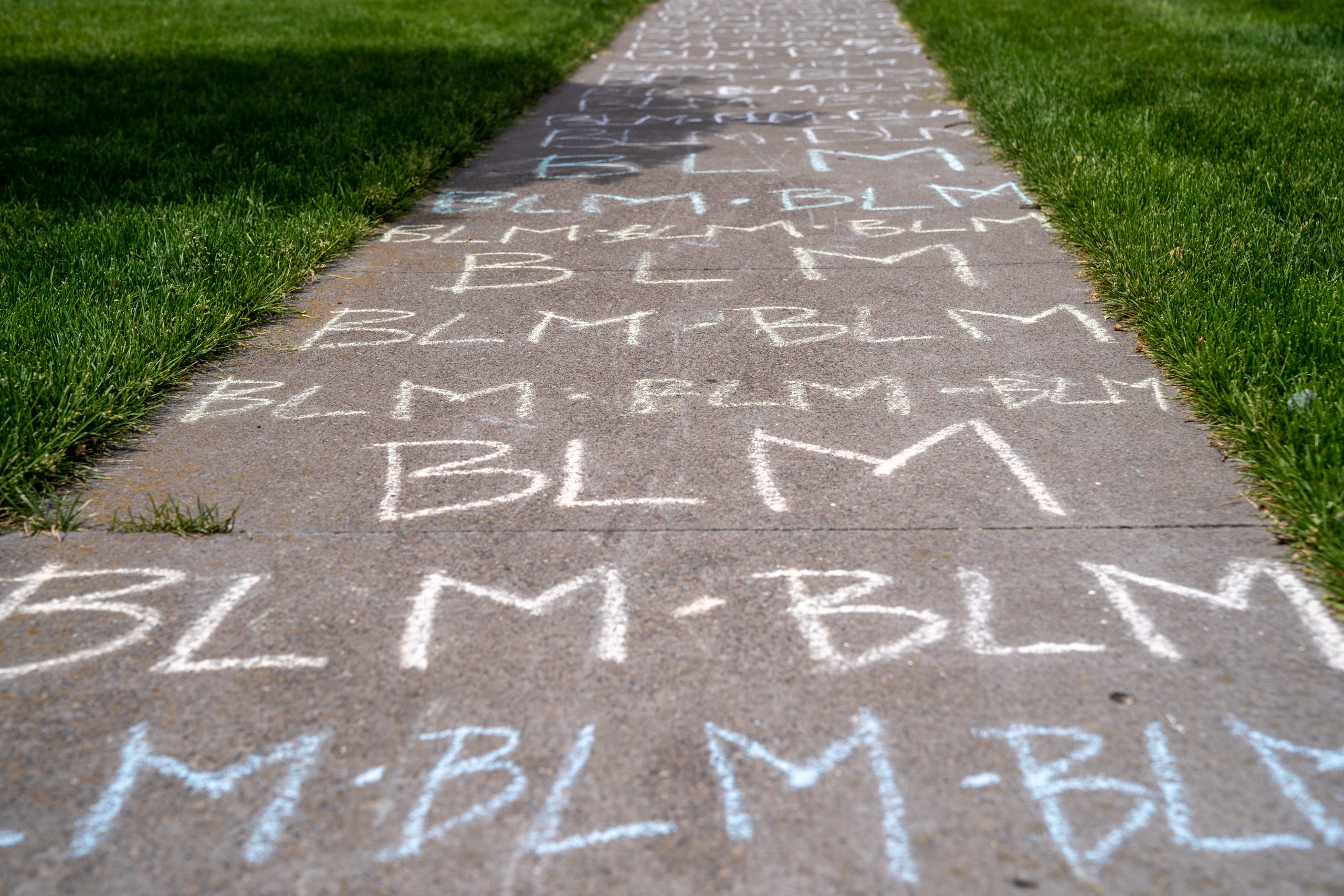 For nearly a week, Manette Sharick and her 3-year-old daughter, Zhuri, wrote “Black Lives Matter” in chalk on the sidewalk outside their home in Concord, California. But every morning, they would find that the word “Black” had been erased.

“I just wanted to teach my daughter that Black lives matter, Black culture matters, Black communities matter, and that we are the movement for Black lives,” Sharick told CNN. “I was shocked that someone could be purposefully doing this. It hurt a lot, it made me extremely upset.”

Sharick’s video surveillance recorded a neighbor pouring water on her signs and Sharick ran out of her house to confront the man.

The man, who only wants to be identified by his first name, Jim, explained that he erased the “Black” from Black Lives Matter because he believes that “all lives matter.” Jim told Sharick that he continue to remove the word “as long as she keeps on doing this.”

“I had never experienced anything like this in my neighborhood since I’ve lived here since 1993,” said Sharick.

After the video of Sharick confronting Jim went viral, dozens of people from in and out of the neighborhood wrote supportive chalk messages all over the sidewalk on Sharick’s side of the street and also in front of their own homes. After the outpouring messages of support, Sharick and Zhuri continued to write “Black Lives Matter” every day.

“I am deeply thankful and blessed for the special, unique, amazing people in my life who supported me, uplifted me and comforted me,” Sharick said, “My family and I are grateful for the help and support we have received from the community.”

Read our coverage of the fight for racial justice and the increasing number of hate crimes across the country.