Demand Protections for Açaí Harvesters, Save Atlantic Humpback Dolphin, and Ban Angora Wool: 10 Petitions to Sign this Week to Help People, Animals, and the Planet 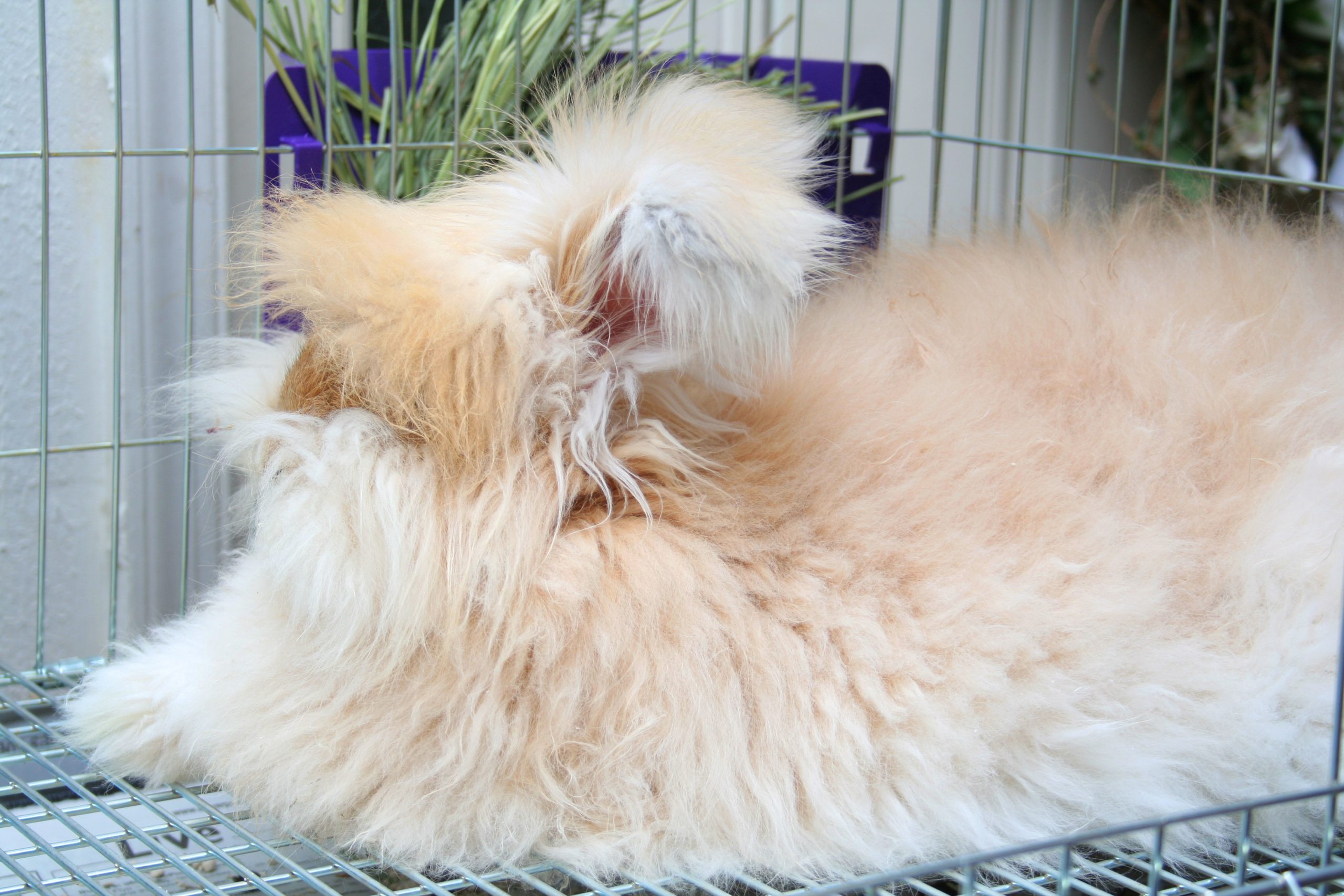 Through petitions, we can reach those in power and demand justice for others. They are valuable tools for making positive changes in the world. If you are looking for a way to help animals and humans, here are 10 petitions you should sign this week, including: Demand Protections for Açaí Harvesters, Save the Atlantic Humpback Dolphin, and Ban Angora Wool.

The Farm Transparency Project, an Australian animal advocacy group,  recently launched a case arguing that New South Wales’ Surveillance Devices Act should have a public interest exemption. The Act criminalizes the use of footage or audio that was obtained from a hidden camera or listening device. While this is helpful for many privacy and surveillance situations, it also protects dangerous and abusive industries. The Act has been used to justify punishing activists who take undercover footage or the cruelty that occurs in slaughterhouses. There needs to be an exemption for activist cases like these!Sign this petition to support the Farm Transparency Project and stop more ag gag, or agriculture gag, laws in New South Wales!

2. Demand Justice for Workers Who Were Forced to Work During Tornado and Died

On December 10, fourteen people died after they were forced to work at Amazon factory in Illinois and Mayfield candle factory in Kentucky during deadly tornados. The walls collapsed at these factories, leaving many trapped in the rubble and others dead. These corporations put lives at risk to selfishly feed their own productivity deadlines. Sign this petition to demand that the U.S. Department of Labor brings charges against Amazon and Mayfield Consumer Products for the tragic, preventable deaths of their employees!

The Altasciences Co. animal research facility in Washington is responsible for extreme animal cruelty and needs to be shut down. Many of the animals have suffered broken bones, chemical overdoses, and even death. The staff members have been documented being extremely forceful with the animals. The “structurally unsafe” cages also resulted in injuries that were left untreated for an extended period of time. The USDA has already discovered four “critical violations” at the corporation’s facilities. Sign this petition to demand the U.S. Department of Agriculture (USDA) step in and end the mistreatment of animals at Altasciences labs!

Americans’ access to abortion is currently under threat. While many conservatives believe that restricting access to abortion will reduce rates of unwanted pregnancies and abortions, it merely makes abortions less safe. In contrast, states that have provided comprehensive family planning initiatives, such as long-acting reversible contraception access at little to no cost, have actually helped reduce abortions and teen pregnancies. Sign this petition to tell the Arkansas state legislature: worried about abortion rates? Fund comprehensive reproductive care and increase birth control access to teens.

Recently, a 61-year-old man named Richard Lee Richards was leaving a Walmart in Tucson, Arizona. He was accused of stealing something from the store, so Officers Ryan Remington and Stephanie Taylor arrived to investigate. Richards, who was in a wheelchair, was moving away from the officers with his back turned. Taylor started to tell him to stop when Remington shot Richards without warning. Remington shot the 61-year-old in the back nine times at close range. He then handcuffed Richards, who died on the scene. The Tucson Police Department immediately fired Remington of its own volition. However, this is not enough. Sign this petition to tell Arizona authorities to bring charges against former Officer Ryan Remington, a Killer Cop, and also urge the U.S. Department of Justice to investigate this deadly police shooting!

We are at a huge tipping point in regards to the climate crisis. Extreme weather events are becoming more frequent and more severe, and things are only going to get worse if significant changes aren’t made right now. Despite this precarious spot, many people are still skeptical about climate change due to misinformation. Ten digital publishers spend billions of dollars on funding climate change denial, and Google is still running ads for all of them. One of the biggest barriers to climate policy is climate denialism, which has misinformed millions of Americans and allowed legislators to continue to take donations from the oil and gas industry while claiming to be “skeptics.” Sign this petition to demand that Google stop running ads for digital publishers that profit off of climate denialism!

Açaí harvesting is one of the most dangerous and exploitative jobs in Brazil. Workers are forced to climb 65 to 70 feet to reach the berries on the thin, fragile trees. Because the branches are so delicate and can snap, children are often sent up in place of an adult. In addition to the danger of falling or being impaled by one of the branches, there are also many dangerous and poisonous insects that live in these trees. Families make less than $3 per large bucket of berries collected, while the middlemen and retailers that sell açaí bowls make a huge profit. This is partly because Brazilian law, right now, does not provide any labor protections that ensure a livable wage for açaí harvesters. Sign this petition to demand Brazilian authorities provide full labor protections for families harvesting açaí and implement a livable minimum wage now!

The Atlantic Humpback Dolphin is now listed as “Critically Endangered” on the latest update of the IUCN Red List. Fishing nets, habitat loss & being hunted for human consumption have decimated the dolphin's population, who are found only in the coastal waters of Western Africa. pic.twitter.com/JvyCFEV7GM

There are currently only 3,000 Atlantic Humpback Dolphins left in the wild. One of the biggest threats to these animals is being caught as unintentional “bycatch” when fishermen use huge nets to catch fish. These dolphins get trapped, cut by the netting, and die since they cannot surface to breathe. Since they live in shallow coastal waters, Atlantic Humpback Dolphins are also threatened by noise pollution and human interaction. Fortunately, the National Marine Fisheries Service (NMFS) is considering listing them as protected under the Endangered Species Act. However, while their status is being reviewed, they do not get any federal protections. Because these threats are all human-related, regulations, measures, and policies will make a major difference in the fight for these dolphins’ survival. Sign this petition to implore the NMFS to protect the Atlantic humpback dolphin under the Endangered Species Act (ESA)!

More than half of the US states have legalized marijuana for recreational or medicinal use.  However, the plant remains criminalized at the federal level. This results in the US wasting over $3.6 billion per year enforcing marijuana laws, which disproportionately targets people of color and low-income individuals. Sign this petition to demand Congress get those arrested on marijuana charges out of prison and prevent any future marijuana arrests!

Despite the popular assumption that the rabbits are merely shaved and kept in good conditions, the harvesting of angora wool is incredibly cruel. The rabbits are kept in tiny cages, crusted with their own feces. Workers rip out their fur, which is incredibly painful and traumatizing for the rabbits. This occurs over and over throughout their entire lives. Fortunately, many fashion houses have begun to end their use of this cruel material due to public pressure. Sadly, Louis Vuitton, Chanel, and Prada have been disturbingly silent when it comes to these rabbit abuses. Sign this petition to demand these corporations end angora wool use now!