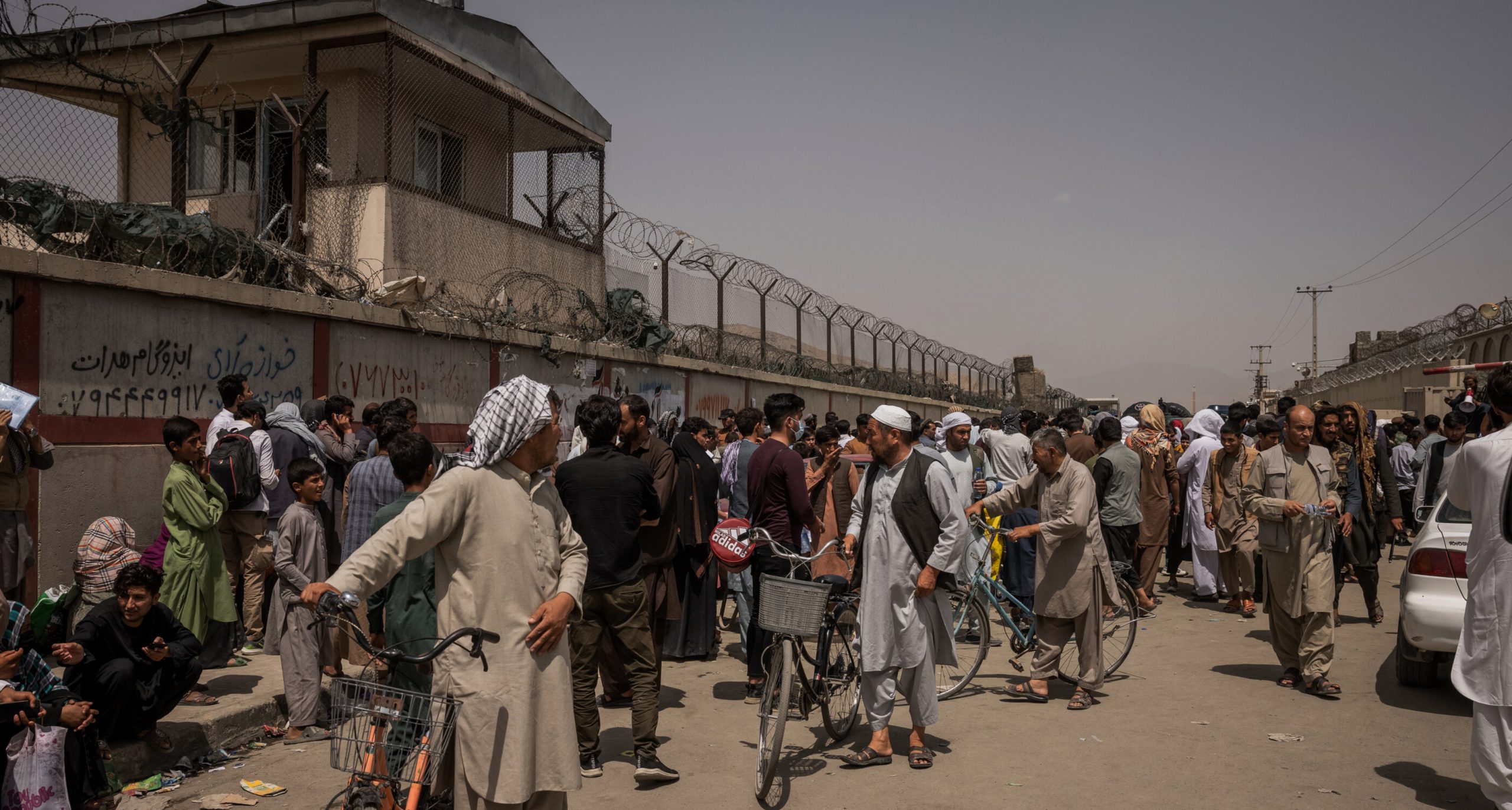 After the US pulled troops out of Afghanistan, the Taliban took over large portions of the country, including the capital city of Kabul. Now many people, especially women, LGBTQ individuals, and those who helped the U.S. or the Afghan government, are trying to flee to save their lives.

The Taliban initially stated that they would treat women better than they did when they were last in power. However, they have not promised to maintain current women’s rights in the region, and recently told women to stay home for their own safety, since the soldiers “are not trained.” Furthermore, in the months leading up to the Taliban’s takeover, many women were targeted by the Taliban.

Even though being gay was still illegal before the Taliban took over, there was an underground gay scene that people felt safe enough to take part in. However, now many gay individuals are afraid they could be found out and killed for their sexual orientation.

Even though the Taliban stated that they “don’t want to repeat any conflict” and would not harm people who worked with other countries or the previous government, Forbes reported that the Taliban has been doing “door-to-door manhunts” for foreign collaborators. They have already carried multiple house raids and murders of journalists and their families.

This past week, images and videos flooded the internet of crowds of people at the Kabul airport trying to get out. It’s a dire situation, but many of the surrounding countries are closing their borders to Afghan refugees. Iran has set up camps for these refugees, but plans to repatriate them once the situation “improves.”

The UK recently announced “The Afghan Citizens’ Resettlement Scheme,” which will allow a maximum of 20,000 people to legally come to UK. The plan prioritizes people who would be most threatened by the Taliban. Canada, too, has promised to resettle over 20,000 Afghans, prioritizing groups who are more likely to be targeted. Australia, Switzerland, and Austria have stated that they do not plan to evacuate large numbers of refugees.

The US, still planning to withdraw by August 31st, is working on evacuation efforts, and plans to relocate around 22,000 Afghan refugees. They requested that other countries, such as Uganda, Albania, and North Macedonia, planning to host small numbers of refugees for a short period of time. However, evacuations have not been going so smoothly or quickly enough for people hoping to leave Afghanistan. One SIV (Special Immigrant Visa) man described two chaotic airport experiences and is hesitant about trying again a third time, for fear of putting his family through so much stress.

While it’s good that these countries are working to evacuate vulnerable individuals in Afghanistan, there are still so many more people who need help. Plus, the rate that these evacuations are occurring is not nearly fast enough. It’s critical that each and every Afghan refugee who wants to leave the country is able to safely find asylum elsewhere. Sign this petition to demand the United States, Australia, Canada, and the UK take in more refugees immediately!