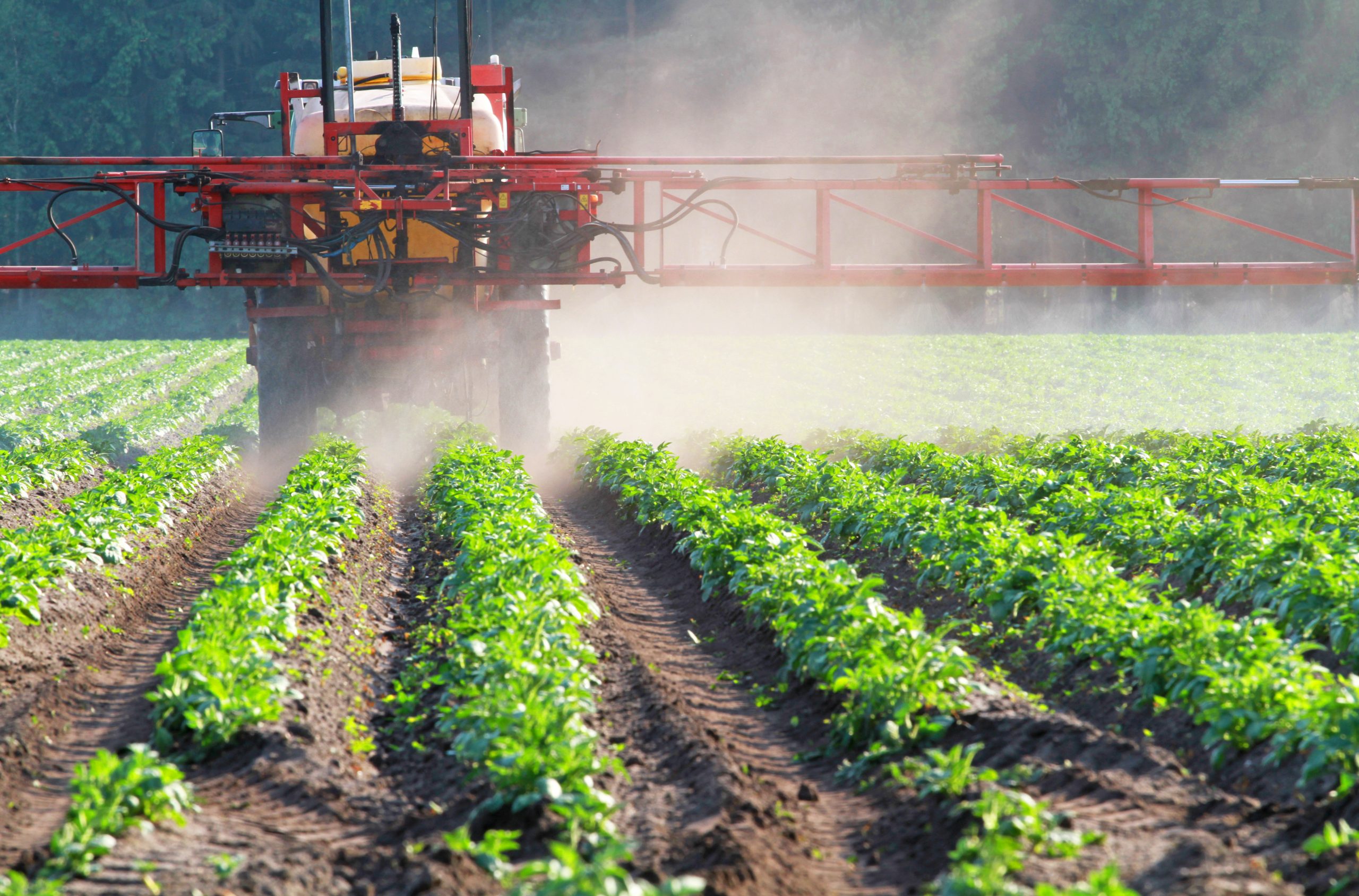 Through petitions, we can reach those in power and demand justice for others. They are valuable tools for making positive changes in the world. If you are looking for a way to help animals and humans, here are 10 petitions you should sign this week, including Reduce the Use of Pesticides in Farming, Strengthen Laws Against Trade of Wild Animals in Canada, and Fund Alternatives to Animal Research.

1. Reduce the Use of Pesticides in Farming

Chemical pesticides were developed in order to support crop growth by keeping away potentially harmful pests. However, they can harm animals, humans, and vital pollinators. Short term, one might experience rashes, blisters, digestive issues, and respiratory issues. In the long term, pesticides have been linked to cancer, brain damage, reproductive issues including birth defects and infertility. Exposure to toxic pesticides doesn’t just happen through ingesting them on the food they were used on because pesticides pollute water and soil. Recently, a study found that 64% of the entire world’s farmland is at risk of pollution from pesticides. World leaders need to start developing more sustainable systems of agriculture! Sign this petition asking the Food and Agricultural Organization of the United Nations (FAO) to create a task force in charge of transitioning global agricultural practices away from pesticides!

2. Strengthen Laws Against Trade of Wild Animals in Canada

A new report by World Animal Protection found Canada to be a “major contributor” to the international trade in wild animals, including exotic pets, cruel hunting, and grotesque “trophies.” Canada allows the import and export of wild animals, without even tracking the numbers or sufficiently screening the animals for dangerous pathogens. Furthermore, Canada lacks a single agency that has jurisdiction over wildlife imports. Thus, it’s easy for the responsibility of regulating the trade to be forgotten. Sign this petition to demand that the Canadian government strengthen its laws against the trade in wild and exotic animals for the good of animals and public health!

On April 15, the footage was released for Chicago Police Officer Eric Stillman’s murder of 13-year-old, Adam Toledo. Before the video came out, Chicago Mayor Lori Lightfoot said Adam had a gun, but no gun is visible in the footage. Even if there had been a gun, Adam was empty-handed and complying with his hands up.  A situation like this should never occur, yet it happens all too often in America. On the GoFundMe page for his funeral, Adam Toledo’s family described him as a child who loved to play with LEGOs and make people laugh. They said that he “brightened up the room when he would walk in.” Sign this petition to demand justice for Adam Toledo. CPD’s funding needs to be reallocated into actual community services and officer Stillman needs to be fired from his job as a police officer!

In just eight short days in early April, four gray whales washed up dead in the San Francisco Bay Area. The National Oceanic and Atmospheric Administration (NOAA) has classified this period of die-offs as an “unusual mortality event” and is concerned about what factors may be causing it. The three main threats to these whales are entanglement in fishing gear, crashing into ships, and starvation caused by climate change. While gray whales aren’t considered endangered, their population is decreasing. Since this is the season when whales swim north to eat, the die-off could be the result of a lack of food due to climate. Sign this petition to tell Congress to take this unusual die-off seriously. Lawmakers must pass legislation to fight climate change and reduce ocean pollution from fishing, plastics, and other debris!

During his time in office, Trump lowered the US refugee cap to 15,000 people per year. Biden has promised to raise that cap to 125,000; however, he has yet to act on it. He needs to sign the presidential determination, otherwise, we’re currently on track to allow even fewer refugees this year. As one of the richest countries in the world, the US cannot block the safe passage of people who are in danger in their home countries due to warfare, human rights issues, and environmental disasters. It’s time for Biden to follow through on his campaign promise. Sign this petition to demand Biden signs the presidential determination to finalize the refugee cap change to 125,000 a year!

Every year millions of animals are harmed killed in cruel laboratory experiments. The animals live in small, barren cages, and undergo a variety of painful tests, that involved chemical applications, amputations, and psychological manipulation. One of the top ten animal-testing countries includes the UK. It’s time for lawmakers to give more funding to research efforts on finding alternatives to animal testing and improving existing alternatives. Sign this petition to demand that the UK government increases funding for alternative research instead of testing on animals!

On April 11, Daunte Wright, a 20-year-old Black man, was fatally shot at a traffic stop in Brooklyn Center, Minneapolis. Kim Potter, the officer who killed Wright, claims that she mistook her gun for her taser and did not mean to shoot him. However, the weight difference between each weapon is substantial. Even if it somehow was a mistake, this proves that no officer can be trained enough to be trusted with such lethal weapons. White supremacy and anti-Blackness were the reason our law enforcement systems were created, and those sentiments continue to drive policing today. Wright’s loved ones remember him as “a lovable young man” and “one of those kids that everybody looked up to.” Sign this petition to demand justice for Daunte Wright! Kim Potter needs to be held accountable.

9. Take Dog Away From Abusive Owners

Recently, a few individuals saw a 9-week old puppy suffering in a hot car in Walmart parking lot. The pup’s snout was taped shut so tightly that mucus was squeezing out of its nose and the corners of its closed mouth. They called the authorities and then found another dog in the car. The owners, Jaelen Anthony Barge and Allison Marie Sweck, were charged with one count of animal cruelty and had the puppy taken away from them. However, the other dog is still in their possession. It’s absurd to allow animal abusers to keep any pets. They showed extreme cruelty and there is nothing stopping them from abusing their other dog. Sign this petition demanding that Lee County Domestic Animal Services immediately remove the other dog in this couple’s possession!

Marijuana is used to treat a variety of conditions from PTSD and anxiety to seizures and chronic pain.  It should have been hailed as a “miracle drug” for a long time, but instead, state and federal governments have spent upwards of 50 years using it as an excuse to imprison nonviolent individuals. Studies show that despite relatively equal rates of use, Black and Latinx individuals had a much higher likelihood of being arrested for weed than white individuals. Even now, as states legalize weed, many individuals are still in prison for selling or possessing weed. Plus, after being released, having a criminal record — even a non-violent, substance use-based record — can bar a person from participating in normal life for decades to come. No one should be imprisoned or have a criminal record for something that’s no longer a crime. Fortunately, when New York legalized marijuana in March 2021, lawmakers also passed a provision that automatically expunges people’s records of all marijuana-related convictions. Now other states must follow New York’s lead. Sign this petition to tell Alaska, Arizona, California, Colorado, Illinois, Maine, Massachusetts, Michigan, Montana, Nevada, New Jersey, New Mexico, Oregon, Vermont, Virginia, Washington, and Washington D.C. to immediately pass laws expunging cannabis-related infractions from all people’s records!