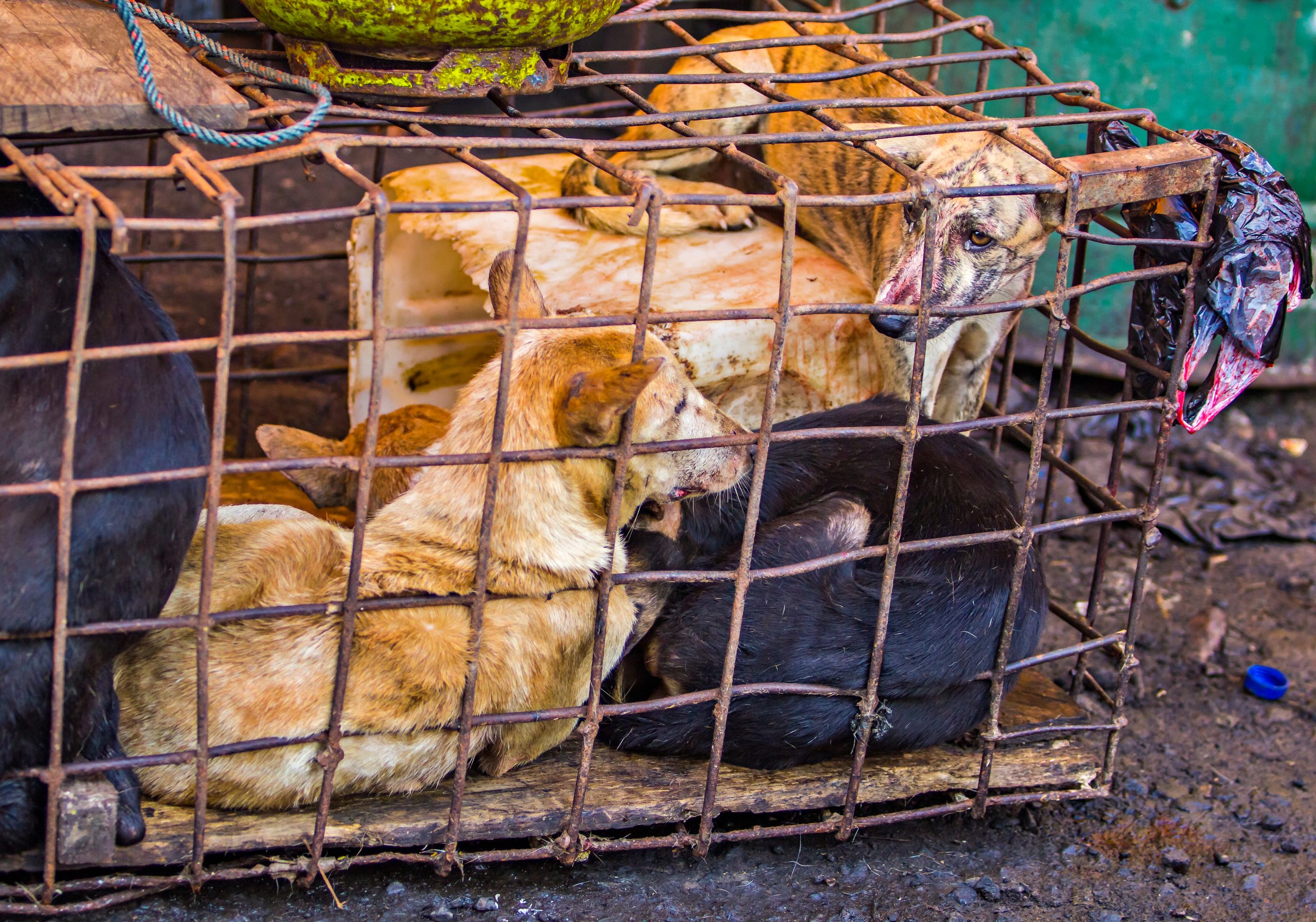 Through petitions, we can reach those in power and demand justice for others. They are valuable tools for making positive changes in the world. If you are looking for a way to help animals and humans, here are 10 petitions you should sign this week, including Urge Authorities to Rescind License of Animal-Abusing Veterinarian, Call on Congress to Pass Protections for Abortion Access, Help Ban the Yulin Dog Meat Festival, and more!

Recently, a federal judge ruled against a decision made by the Trump administration which would deny wolverines protections under the Endangered Species Act. Wolverine populations and habitats have decreased dramatically, with less than 300 of them left in the contiguous United States. Poaching, climate change, and human sprawl have played a large part in that. Please sign this petition to demand authorities listen to the courts and help protect wolverines!

Both the Uvalde and Buffalo shooters had a history of abusing animals. The Uvalde shooter, Salvador Ramos, allegedly made videos where he would, according to a witness, “put cats in plastic bags, suspend them inside, throw them at the ground and throw them at people’s houses.” The Buffalo shooter, Payton Gendron, supposedly decapitated a cat shortly before his shooting rampage. The link between abusing animals and humans has been well-established for a very long time. Please sign this petition to urge Congress to take animal abuse more seriously to prevent the violent behavior from escalating!

COVID-19 has hit the United Kingdom hard, which is why the country implemented bans on gatherings and parties. However, despite Brits having to endure these strict lockdowns, Boris Johnson and members of his staff were holding parties and getting intoxicated. A government report discovered more than 15 events were held. While over 100 fines have been issued to these lawbreakers, more needs to be done. Please sign this petition to demand that Boris Johnson resign from his position as Prime Minister!

4. Urge Congress to Vote for Reparations

Two weeks ago, many people in the United States celebrated Juneteenth, which marks the day the last of the slaves were freed. Slaves helped build the White House, the Capitol building, and even the Statue of Freedom in the Capitol. Yet even after they were released from slavery, African-Americans have been marginalized, segregated, jailed, and brutalized by police brutality. We can’t undo everything that has been done to this community, but there is something that can help them begin to heal and prosper. Please sign this petition to urge Congress to vote for reparations!

Earlier this month, flash floods overtook Yellowstone National Park and washed away houses, bridges, and roads. On top of that, over 10,000 people needed to be evacuated. Yellowstone had already started preparing for extreme weather events due to climate change, but even they weren’t ready for this. Seemingly every week now we’re hearing about some extreme weather event, flooding, or excessive heatwaves. A recent report discovered that wealthy countries like the United States are most responsible for climate change, so we must do something about it. Please sign this petition to urge Congress to pass legislation that helps curb climate change!

Veterinarians take an oath to protect our companion animals, improve their health, and help alleviate suffering. Most of them genuinely care about animals and take this oath seriously, but of course, there are always exceptions. Earlier this year, a veterinarian in New York had photos taken of him that showed him hitting, kicking, punching, and choking animals. Despite all this, the man is still allowed to continue his practice. Please sign this petition to urge authorities to rescind this animal abuser’s license immediately!

7. Call on Congress to Pass Protections for Abortion Access

The United States Supreme Court has overturned Roe v. Wade and it is now up to individual states to rule on abortion. Many poor individuals and minorities in red states will be negatively impacted by this momentous decision. Several states have already implemented “trigger laws,” many of which don’t allow abortions even if the woman’s health is at risk or if she was a victim of rape. Please sign this petition to call on Congress to pass protections for abortion access!

8. Ask Authorities to Investigate the Mass Deaths of Long-Billed Corellas

A wildlife carer was called to the New South Wales border to investigate the deaths of long-billed corellas. Initially, she discovered a handful of these dead birds, but as she continued to search the forest, she found 105 of them. Autopsies later discovered that some of the birds had experienced severe hemorrhaging. Since these types of birds often travel in flocks, it’s important to know if these animals were poisoned, to avoid another massive death toll. Please sign this petition to demand the New South Wales Police take this matter seriously and investigate this case!

Recently, a report was leaked that shows that Harvard has the remains of around 7,000 Native Americans and enslaved Africans in its possession. Besides being illegal, this is also very disrespectful to these marginalized communities. On top of this, a racist scientist from Harvard made a man and his daughter pose for nude pictures several years ago, and even though the scientist’s relatives and the relatives of the father and daughter want the photos to be released to them, Harvard has still refused. Please sign this petition to demand Harvard return the remains of these humans to the appropriate communities and send them any profits they acquired from their display!

The Yulin Dog Meat Festival recently began in China, a 10 ten-day event where thousands of dogs are slaughtered unnecessarily for their meat. Many people around the world have voiced their outrage over this sadistic festival, and most Chinese people don’t support it either. Besides murdering and stuffing these conscious beings in tiny wire cages, the vendors also will beat and torture the dogs before killing them, because they believe the adrenaline will enhance the flavor of the meat. Please sign this petition to demand the President of China ban this horrific festival once and for all!

11. Tell the Atlanta City Council to Stop “Cop City” from Being Built

The Atlanta City Council has decided to approve the construction of a police militarization training facility called “Cop City.” To do this, the city will be destroying 85 acres of Atlanta’s largest forest, which helps protect the city against flooding and climate change. The vast majority of residents don’t support this project, and yet the City Council still voted to move forward with it. Please sign this petition to urge the Atlanta City Council to stop this project!

In New Jersey, a man pulled up in front of a dog groomer’s office, took his dog out of the car, and then kicked and threw them against his car. After he was done with the brutal assault, he brought his dog to the groomers and acted perfectly normal. Someone witnessed the incident and reported it to authorities, who were able to confirm the attack with surveillance videos. Groomers are in a great position to report signs of abuse to authorities, but they must be protected by the law to avoid losing business. Please sign this petition to classify groomers as mandated reporters for animal abuse in New Jersey!

A video recently went viral on Twitter of a captive elephant leaning forward into a headstand while a handler sprays the elephant with water. While many people were impressed with the stunt, many others knew that this unnatural behavior was forcibly taught and was not done by choice. Elephant trainers will often stab them with bull hooks or shock them with cattle prods to get them to do what they want. Please sign this petition to urge Twitter to create a better system to remove these types of videos before they go viral and normalize exploitation!