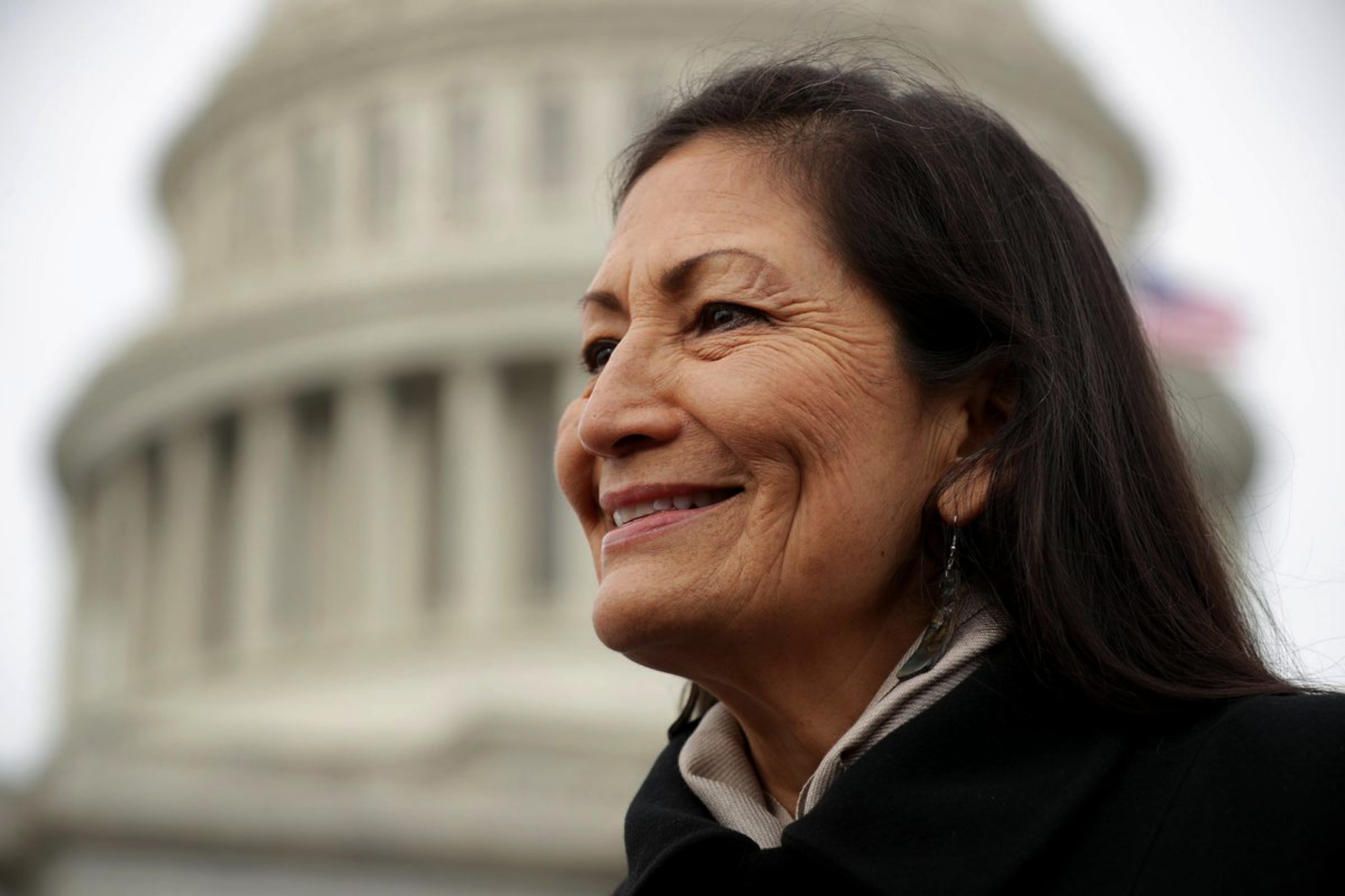 President-elect Joe Biden announced on Thursday he plans to nominate Deb Haaland as the first-ever Native American Cabinet Secretary. Haaland became one of the first two Native American women to be elected to Congress in 2018. She will serve as Biden’s interior secretary.

The Congresswoman from New Mexico is from the Laguna Pueblo tribe. Her jurisdiction will include tribal lands and her department employs more than 70,000 people across the United States.

A voice like mine has never been a Cabinet secretary or at the head of the Department of Interior.

Growing up in my mother’s Pueblo household made me fierce. I’ll be fierce for all of us, our planet, and all of our protected land.

I am honored and ready to serve.

Haaland identifies as a 35th generation New Mexican. She is also a single mother that started a salsa company before enrolling in law school and earning her degree from the New Mexico School of law in 2006. She started her political career in 2012 when she worked on Barack Obama’s Presidential campaign as New Mexico’s state vote director for Native Americans.

In 2015, Haaland was elected as the chair of the Democratic Party of New Mexico. After her term, she announced plans to run for Congress. She won the nomination after receiving 40.5% of the vote.

Biden announced several other picks for his team this week that he says will be ready on day one to tackle climate change.

“This team will advance the President-elect’s agenda leading the world to confront the climate crisis – creating good-paying jobs, building resilient communities, and making historic investments in environmental justice,” reads a statement released by the Biden team on Thursday.

Sign this petition to ask Joe Biden to re-join the Paris Climate Agreement.

For more Animal, Earth, Life, Vegan Food, Health, and Recipe content published daily, subscribe to the One Green Planet Newsletter! Also, don’t forget to download the Food Monster App on iTunes — with over 15,000 delicious recipes it is the largest meatless, vegan, and allergy-friendly recipe resource to help reduce your environmental footprint, save animals and get healthy! Lastly, being publicly-funded gives us a greater chance to continue providing you with high-quality content. Please consider supporting us by donating!
Advertisement