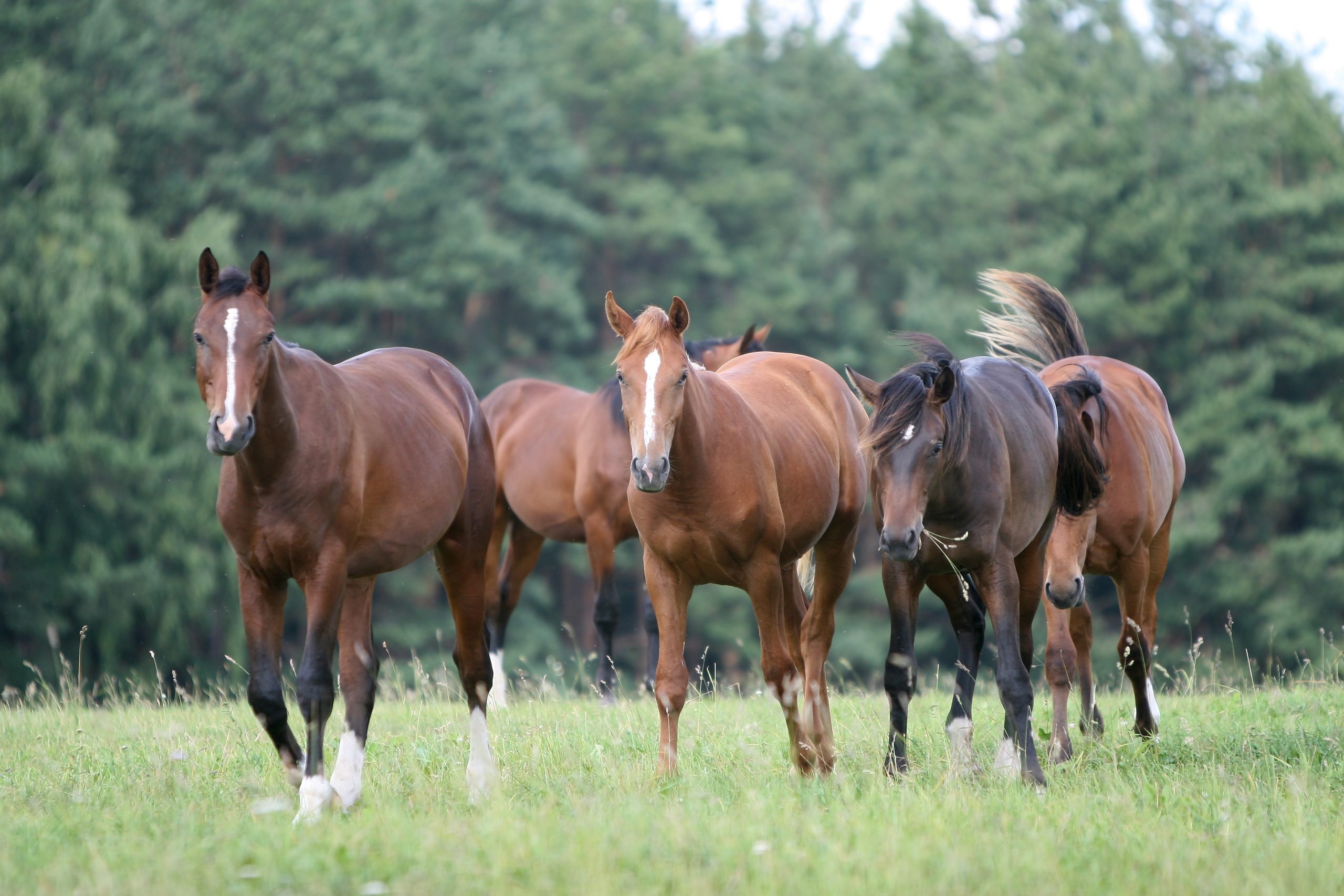 Through petitions, we can reach those in power and demand justice for others. They are valuable tools for making positive changes in the world. If you are looking for a way to help animals and humans, here are 10 petitions you should sign this week, including Investigate Abusive Dog Training Facility, Seize Neglected Horses From Owner, and Ban Conversion Therapy.

Climate change is a leading threat to wildlife. It contributes to habitat loss, pollution, and extreme weather events like massive wildfires. When we talk about conservation, we also need to include climate change in this discussion. However, over half of Australia’s government documents outlining threats to endangered species, habitats, and plans for mitigation don’t mention climate change once. Climate change is real, humans are causing it, and we must act fast! Australia’s plans for saving endangered species are decades behind where they should be. Australia should be on the front lines of the fight for biodiversity, considering that the country is home to over half a million species, and it’s estimated that up to 10% of all species on Earth are found in Australia. Sign this petition to demand that these conservation documents be amended to include the threats posed by climate change to endangered species!

A recent video surfaced on social media showing someone who claimed to be an animal “trainer” engaging in very disturbing, and violent behavior. In the video, this “trainer” who is employed by the TyCalK9 training facility in Arcola, Texas can be seen slamming a poor dog to the ground with a great amount of force. The local training facility publicizes a number of high-profile clients, including NBA players and reality TV celebrities, giving it a popular following in the area. Research already shows that dogs don’t respond well to violence or fear. This type of unethical training is extremely ineffective and has been widely debunked by people who actually study animal behavior. This is just a form of unjust violence against innocent dogs. However, this allegedly “tough” approach still seems to be used and is surprisingly common among animal “trainers.” The person in this video has a temper and is simply engaging in violence against a poor animal. In the video, you can hear the dog whimpering in pain and fear. This should never be considered “training.” It is abuse. It is cruel punishment against an animal that deserves love, care, and compassion. Local authorities must condemn and thoroughly investigate this case to ensure that it does not happen again. Sign this petition to demand the Fort Bend County District Attorney’s Office shut down the TyCalK9 training facility immediately and charge the perpetrator with animal cruelty!

3. Make Sure that Man Who Neglected Baby Pigs Can Never Care For Animals Again

When 2,500 baby pigs were dropped off at an Iowa farm in mid-December of 2021, they were left with 15 tons – some 30,000 pounds – of feed. However, just over two weeks later, when a consultant checked in on the baby pigs’ progress, they were shocked with what they found. Instead of seeing growing, happy pigs, they witnessed mass death. 2,500 piglets had been dropped off on December 15, but by December 30,800 were dead. The remaining pigs were removed from the farm and taken to safety. However, the poor babies were still in such bad shape that around 50 more died during the move, and 60 passed away in the next few days, too neglected and weakened to survive. Sign this petition and ask that prosecutors in Black Hawk County, Iowa increase charges against the caretaker of these baby pigs who allowed so many to suffer and die.

An animal cruelty case was discovered at Snow Mountain Stables in Colorado. Over 150 horses were wallowing in misery. 144 were so sick, emaciated, or injured that they were rushed to an equine center to receive the care they desperately needed. One poor horse was suffering from “emaciation and severe, untreated injuries” so grave that they had to be euthanized. And shockingly, 38 horses were left with the owner who did this to their fellow equines. While “only” 144 horses may have been in bad enough shape to be seized and transported to safety, the remaining 38 are arguably in just as much danger. The conditions of the seized horses should be enough evidence to show just how severe the conditions are. Sign this petition to demand that those 38 horses be seized at once, and that the district attorney file charges against Snow Mountain Stables and the people responsible for this suffering!

For centuries, academic research has been conducted at the expense of sentient, living things. Animals who are forced to participate in experiments can fully experience pain, and yet universities around the world continue to expose these innocent creatures to harm and abuse. This is especially unacceptable considering that there are other humane options available and even better for the purposes of the research. Johns Hopkins has been called out for abusing owls, monkeys, and a pig in recent experiments that are totally inappropriate and unnecessarily cruel for animal subjects. The University recently put out a statement excusing the animal abuse and claiming that animals are needed for the current research they are conducting. There is never a reason to subject innocent creatures to these types of experiments. Animal experimentation is totally inappropriate and unnecessary for these realms of study. Sign this petition to demand that Johns Hopkins University President Ronald Daniels end these experiments immediately!

A city in Germany has adopted a more humane approach to caring for unhoused people. Ulm has implemented sleeping pods for people that do not have access to overnight shelter and housing. These new pods will give them warmth and protection from the brutal winter weather. The best part of Ulm’s approach is that in addition to the protection from the cold, when a pod is activated, a social worker comes to visit in the morning to check in on the person and ensure that they are safe and doing okay. This approach of supporting unhoused populations with care and social support, rather than criminalization is not only more compassionate, but it also is more effective! These wonderful protective pods used in Ulm have each been fitted with safety systems to measure carbon dioxide and temperature, and have lighting, solar power, and ventilation systems. They also have enough room to store their belongings as well as space for a pet! It is time we bring this model to American cities. Sign this petition to demand that Salt Lake City adopt this model of support and care for unhoused people!

7. Allow LGBT Community to Give Blood

The recent surge in COVID cases has fueled the worst blood shortage in more than a decade, and yet multiple members of LGBTQ+ communities are still banned from donating blood. One LGBTQ+ advocate, Jay Franzone, remained abstinent for a year just so he could donate blood in January 2017. Since Franzone’s experience, the restrictions have barely changed to only allow those who have abstained from same-sex sexual activity for 90 days to donate. Franzone said, “they can change the policy — even temporarily — and they can do so today.” Any policy that singles out the LGBTQ community is flat-out discriminatory. Additionally, this one in particular poses an unnecessary obstacle to ending the blood shortage. Safety technology and blood screening have advanced well past the science of time-based restrictions– now, the only thing that is standing in the way of change is pure bigotry. Sign this petition to demand the FDA scrap the policy preventing LGBTQ+ people from donating blood!

8. Tell Senator Manchin to Support the Build Back Better Act!

Senator Manchin has retracted his support for the critical Build Back Better Act in the Senate, effectively turning his back on the American people (and especially on his constituents in West Virginia.) If he had listened to the people he served, he would know that the Build Back Better Act is a no-brainer. Even the United Mine Workers of America are calling on Manchin to reverse course – because the fact is, the health benefits of the bill for workers outweigh any of his superficial concerns. Joe Manchin is in the pockets of the coal industry, while the actual laborers he represents want and need the Build Back Better Act. Sign this petition to demand Manchin support the Build Back Better act!

9. Ban Conversion Therapy in the U.S.

After several unsuccessful attempts, Canada has made a historic leap forward in protecting the rights of LGBTQ+ people by instituting a nationwide ban against conversion therapy! This crucial milestone will protect future generations from the discriminatory and abusive pseudo-scientific process that has been used to harm vulnerable youth for a century. Canada is not the first country to ban conversion therapy outright. This dangerous practice is also illegal in Malta, Germany, and Albania, and France’s senate recently voted to criminalize it. However, the United States still lags behind, and estimates suggest that nearly 700,000 Americans have undergone conversion therapy at some point in their lives. Research shows that this process can be especially traumatic and destabilizing for young people – and, devastatingly, about half of Americans who have received this harmful “treatment” had the experience as adolescents. Sign this petition to demand that conversion therapy be banned nationwide in the United States!

10. Give Abused New Jersey Pets Their Own Lawyers

A new bill in New Jersey would take crucial steps to protect formerly abused pets. Often forgotten during the long legal process, this new bill would give victims of animal abuse formal legal advocates! These informal “lawyers” would be responsible for keeping the court up to date on the living conditions of the animal, as well as its health and well-being. Unfortunately, many victims of animal abuse end up suffering alone in shelters, and they deserve better. The law has widespread support among the public because it’s simply common sense. Not only would it be able to provide the necessary legal protection to our furry friends and stop them from falling through the cracks, but it would also do so at no cost to the court or local governments. What person in the Garden State wouldn’t want that? Sign this petition to demand that New Jersey legislators pass this vital bill and fully protect abused pets!