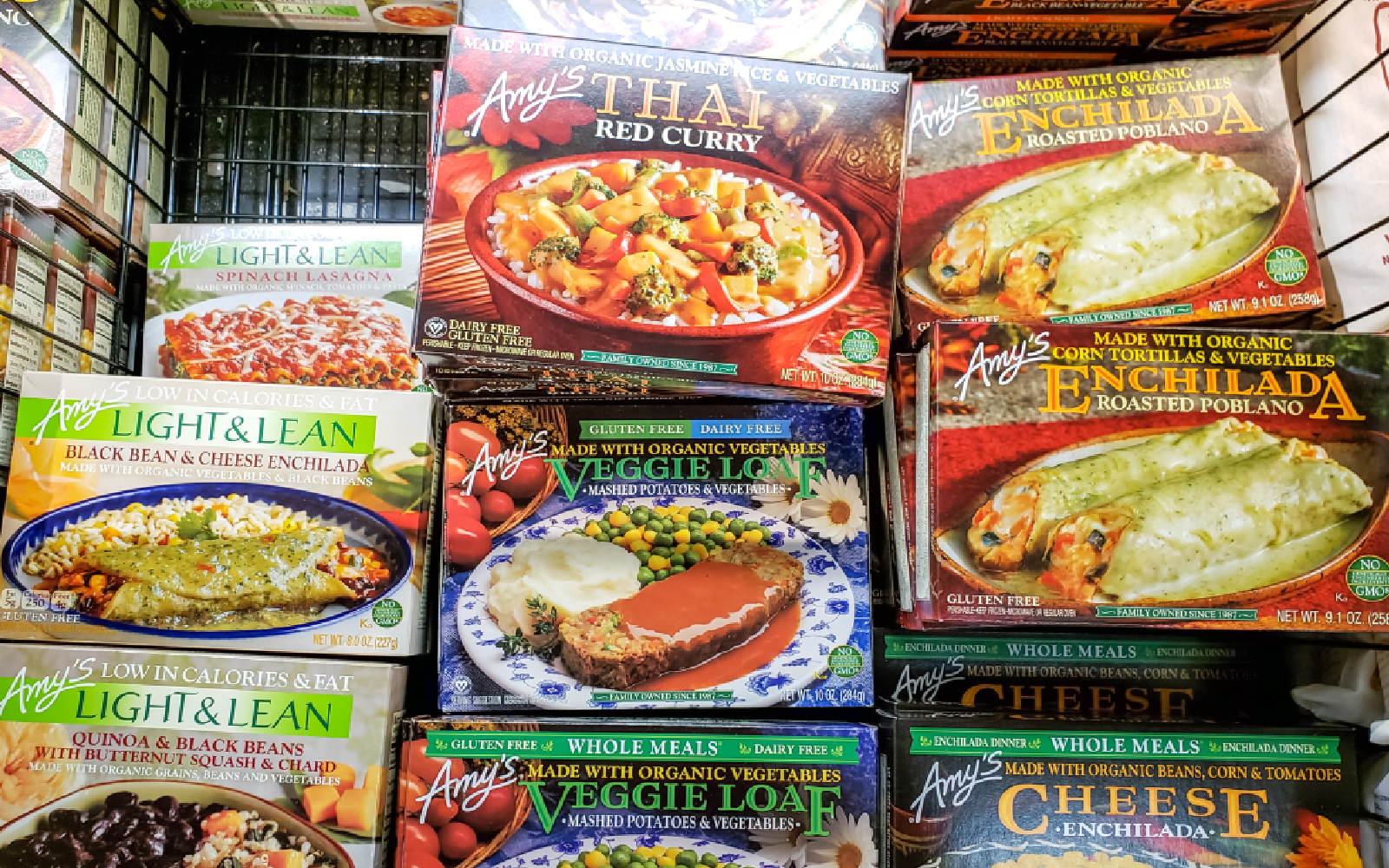 Amy’s Kitchen has an abundance of ready-made frozen and boxed meals served in stores and restaurants around the nation. As a result, it is often praised for being one of the largest and most readily available vegetarian and vegan food brands.

On its website, Amy’s boasts of being a family-run business that puts a special ingredient into every meal: Love. They emphasize the importance of treating employees and staff like family and keeping the integrity of their products. A big selling point they have is that their meals are made by hand, just like you’d make at home.

The website boasts: “In 1987, Andy and Rachel Berliner made the first pot pie right out of their family home. Years later, not much has changed, except the size of our pots…Rather than working the way most food producers do, by manufacturing food, the Berliners kept doing things the way they always had, with love.”

It sounds great on the outside, but an NBC News interview with five former and current employees paints a different picture.

In the interview, laid-off employee Ines De La Luz shared her struggles with getting proper care and treatment while working at Amy’s factory in Santa Rosa, California. After being injured on the job and being prescribed an arm brace, her shift supervisor reportedly ordered her to remove the brace and continue working on the production line.

Over the next year and a half, De La Luz struggled to get proper support from her doctor or Amy’s. Eventually, she was reassigned to disinfect the cafeteria alongside other injured workers.

Other former and current employees told NBC News that the company’s portrayal of how it treats its employees is really at odds with the reality. They shared their own stories about how Amy’s handled their injuries and health issues in a similar way to De La Luz.

They claim that the growth Amy’s Kitchen has experienced is put as a burden on employees. They’re expected to increase production line speeds, resulting in worker injuries or inability to perform. Despite production line speed increases and the larger output of work, wages are stagnant and accommodations to prevent injuries are nonexistent.

Amy’s Kitchen replied to the report with a letter on their website.

We hear you and we understand your frustration and anger. Please go to https://t.co/LyUXrk3Qwa for a message from our founders.

In the letter, they wrote, “We want all Amy’s employees to feel like they are being taken care of, and we are deeply saddened to hear about the experiences these five employees have described…We are deeply committed to listening to all of our employees, and to turning their feedback into action.”

Despite pushback from Amy’s, some workers hope to unionize and fight for better practices that more closely align with what the company claims to promote.