Federal Agents Crack Down on Peaceful Protesters in Portland 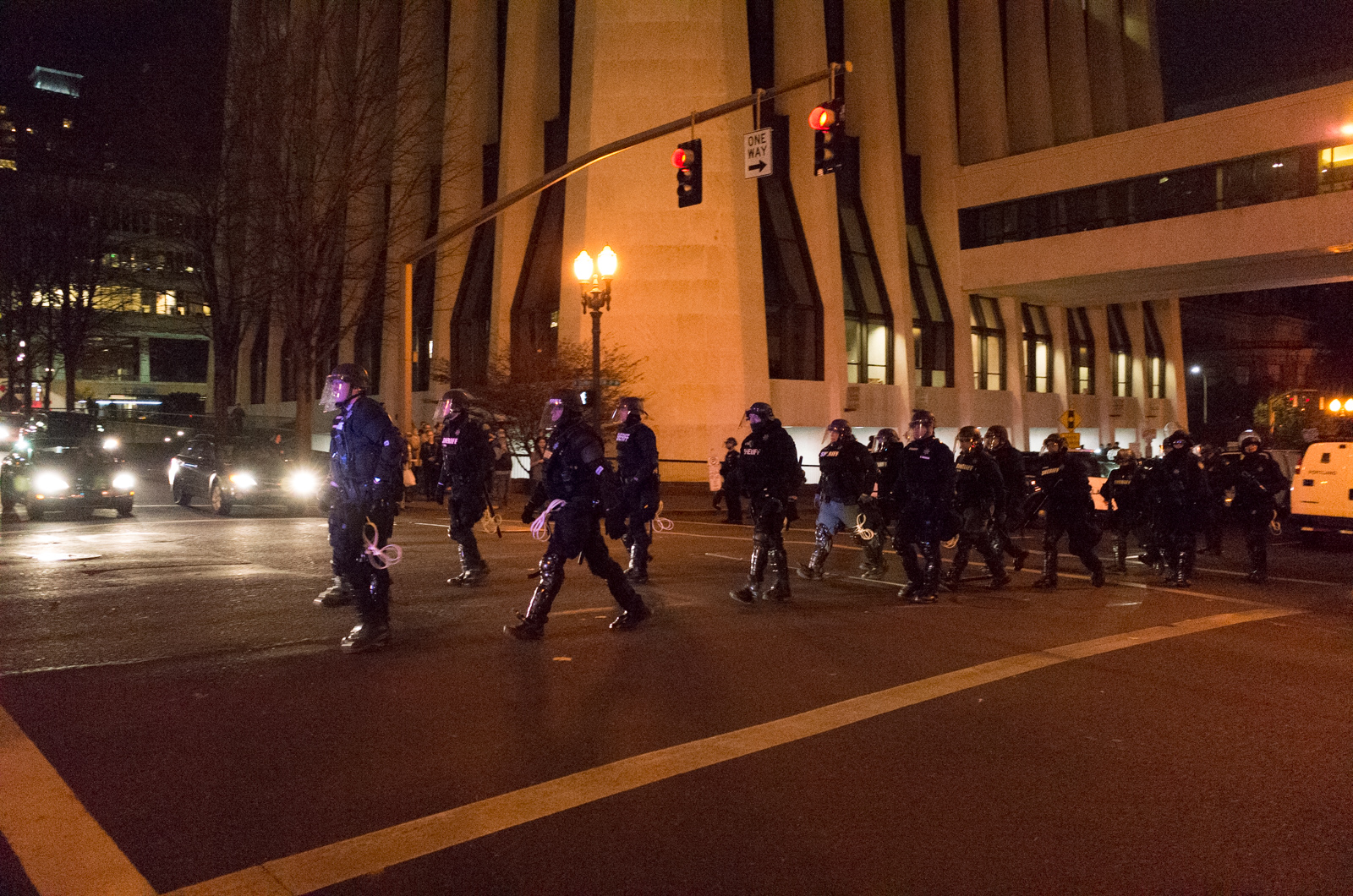 Since the killing of George Floyd, protests erupted across the country calling for racial justice and systemic change in policing. In Portland, Oregon, protests have turned violent as protestors and police have clashed. Federal officers, dressed in camouflage without ID badges, have cracked down on protestors, throwing them into unmarked vans with no explanation of why they were being arrested or detained. They have also fired tear gas and crowd-control munitions into demonstrators.

Hundreds of posts and videos in Portland have gone viral, documenting the violence towards peaceful protestors. On July 12th, a protestor was shot in the head by federal officials with a “less lethal” munition. On July 20th, a video showed Navy veteran Christopher David being beaten and doused with pepper spray by a federal law enforcement officer. Most recently, a group of mothers formed a “wall of moms” to peacefully shield protestors from federal agents––these mothers were met with tear gas and flash bang grenades from the agents.

The federal officers were deployed by the Department of Homeland Security, including agents from Customs and Border Protection, Immigration and Customs Enforcement, the Transportation Security Administration, and the Coast Guard.

The officials were deployed after President Trump signed an executive order last month to send federal personnel to protect monuments and buildings. President Trump’s order allows federal officers to be sent to states without permission of individual state governments which has angered local leaders.

Mayor Ted Wheeler of Portland called the actions of the federal officers “abhorrent,” as “people are being literally scooped off the street into unmarked vans, rental cars.” Federal troops in Portland are “sharply escalating the situation,” the mayor added. “Their presence here is actually leading to more violence and more vandalism.”

Oregon Governor Kate Brown echoed the statements of Mayor Wheeler, “There’s absolutely no question that by having the presence of federal officers here, it’s simply like adding gasoline to a fire.” Oregon’s attorney general, Ellen Rosenblum, has also filed a lawsuit accusing the federal agents of unlawful tactics and is seeking a restraining order against them.

Sign this petition to Protect Protestors from Federal Officers!

Support organizations like Black Lives Matter, Color for Change, and the NAACP