End the Grindadrap Traditional Dolphin Slaughter, Mandate Vaccines for Air Travel, and Abolish the Death Penalty: 10 Petitions to Sign this Week to Help People, Animals, and the Planet! 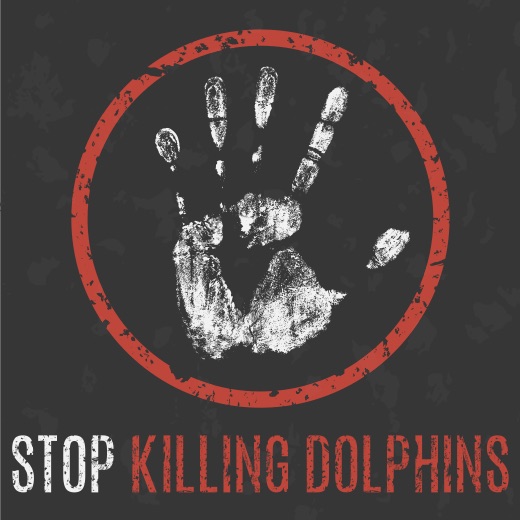 Through petitions, we can reach those in power and demand justice for others. They are valuable tools for making positive changes in the world. If you are looking for a way to help animals and humans, here are 10 petitions you should sign this week, including End the Grindadrap Traditional Dolphin Slaughter, Mandate Vaccines for Air Travel, and Abolish the Death Penalty.

Covid-19 cases are still increasing because of new variants that develop while people continue behaving irresponsibly.  Nearly half of the U.S. population remains unvaccinated, even though vaccines are safe and effective.  And as vaccines begin to lose their efficacy over time, increasing numbers of vaccinated people need to start fearing the pandemic once again—not to mention young children, who are still unable to receive vaccinations.  Unvaccinated adults, in other words, continue to put the entire population in danger.  Sign this petition to mandate that people receive vaccinations before traveling on airplanes.

Horse rides, pony rides, and petting zoos are all part of an industry that sees humans torment animals for entertainment.  That is why a group of animal activists is writing to Mayor Eric Garcetti and the Councilmembers of the City of Los Angeles to stop these practices.  The letter calls attention to animals that endure much of their lives in small cages, high stress during handling, and insufficient access to water throughout hot days in the sun.  It also calls attention to the dangers the animals pose to children.  If you want to see an end to these practices in Los Angeles, you can sign this petition to help.

One Green Planet has written extensively about the horrors of fur farming.  Reducing the fur trade is one of the biggest successes of the animal rights movement, with many fashion designers and outlets committing to going “fur free.”  These include Saks Fifth Avenue, Coach, Canada Goose, DKNY and Donna Karan to name just a few.  Several countries including Norway and Israel have also banned fur farming.  But the fur industry persists in many countries, instilling harm on minks, rabbits and other helpless animals.

Now, there is another reason to ban fur farming.  The CDC reported that diseases, namely SARS-CoV-2, can spread among humans and mink on mink farms.  Make another push to stop the spread of disease and ban fur farming by signing this petition.

It is important to respect international norms and cultural values.  As Americans, we don’t necessarily have the best track record of doing this.  But sometimes cruelty is simply cruelty, and it should not be allowed to hide behind the moniker “culture.”

The Grindadrap tradition in Denmark is the perfect example. It began in the 9th Century, and this month, it culminated in the largest dolphin slaughter of all time.  Whalers herded a massive pod of white-sided dolphins into Danish waters and brutally stabbed them to death.  In total, humans massacred 1,428 dolphins.  Sign this petition, and tell the EU to step in and put an end to the heinous tradition.

The United States is one of the only countries that still has the death penalty. That’s right, we’re in the top ten countries ranked by number of executions, right up there behind China, Iran, Saudi Arabia, Iraq, and Egypt.  Meanwhile, since 1976, over 75 other countries have abolished this practice.

Within the United States, the penalty is legal under the laws of 27 states, the federal government, and the military, although just 21 states can currently execute death sentences. Of these states, Arizona presents an immediate concern; the state is preparing to resume executions for the first time since 2014.  You can sign this petition opposing Arizona’s reinstatement of capital executions.

If it seems like One Green Planet has a lot of Covid-related petitions recently, that’s because we do: there’s no shortage of governments acting irresponsibly and measures you can support to help fight the pandemic.  In March, Texas Governor Greg Abbott announced that the state would return to business as usual.  But the pandemic isn’t over, and at a bare minimum, all states should acknowledge the rising Covid rates and ensure that minimal precautions are in place.  You can sign this Texas-specific petition asking the state to be responsible about the ongoing pandemic.

While people often neglect cruelty to farm animals, wildlife, and animals used in research and entertainment, most people love dogs—especially the dogs that are part of our families. But this didn’t stop someone in Texas from hogtying a golden lab to a metal pole, weighing the pole down with cement, and throwing the dog into a swimming cove to drown. Someone who could behave so cruelly to a loose family dog will likely hurt many more animals.  Sign this petition asking the Comal County Sheriff’s Office to help find Shylo’s killer.

Many medical procedures are invasive, but few more so than pelvic exams, which “necessitate physical inspection of the most sensitive areas of a woman’s body.”  But in many states and medical institutions, physicians—and even medical students—perform these exams without explicit consent while patients are under anesthesia. In 2020, the New York Times recounted the story of a nurse, Janine, who woke up from anesthesia to traumatically discover that a medical resident had performed such an exam while she was unconscious. Sign this petition to call on state lawmakers to introduce and pass legislation that bans non-consensual, invasive exams under anesthesia.

It is always conflicting to ask industries that exploit animals to enact welfare measures to protect these same animals.  When these industries can point to an action and say, “look at this measure we take to help our animals,” it creates the false impression that the industry can operate humanely.  For example, “cage free egg” advertisements advance the idea that some forms of raising chickens for their eggs is acceptable.

Keeping this in mind, One Green Planet asks you to sign this petition to have eligible zoo animals vaccinated against COVID-19. Zoos themselves are cruel places for animals, and vaccinating the animals won’t change that.  But as long as we are keeping animals locked in cages, devoid of autonomy, the least we can do is prevent them from living (or dying) in these cages with COVID—not to mention spreading the pandemic to human visitors. Thirteen Gorillas tested positive for COVID-19 at the Atlanta Zoo, and more are sure to follow if Zoos refuse to take basic vaccination precautions.

Many immigrants have stepped up on the frontline during the height of the COVID-19 pandemic.  They have taken on countless roles, including doctors, nurses, garbage disposal workers, and cashiers.  And France just made a beautiful decision to support them, offering citizenship to 12,000 such workers.  Other countries, too, can show gratitude for people who have risked—and continue to risk—their lives to support others.  You can sign this petition asking the United States, the United Kingdom, and other countries to follow France’s lead.