End Elephant Captivity, Stop Discriminatory Policies in the Olympics, and Pay Farmworkers Fair Wages: 10 Petitions to Sign this Week to Help People, Animals, and the Planet! 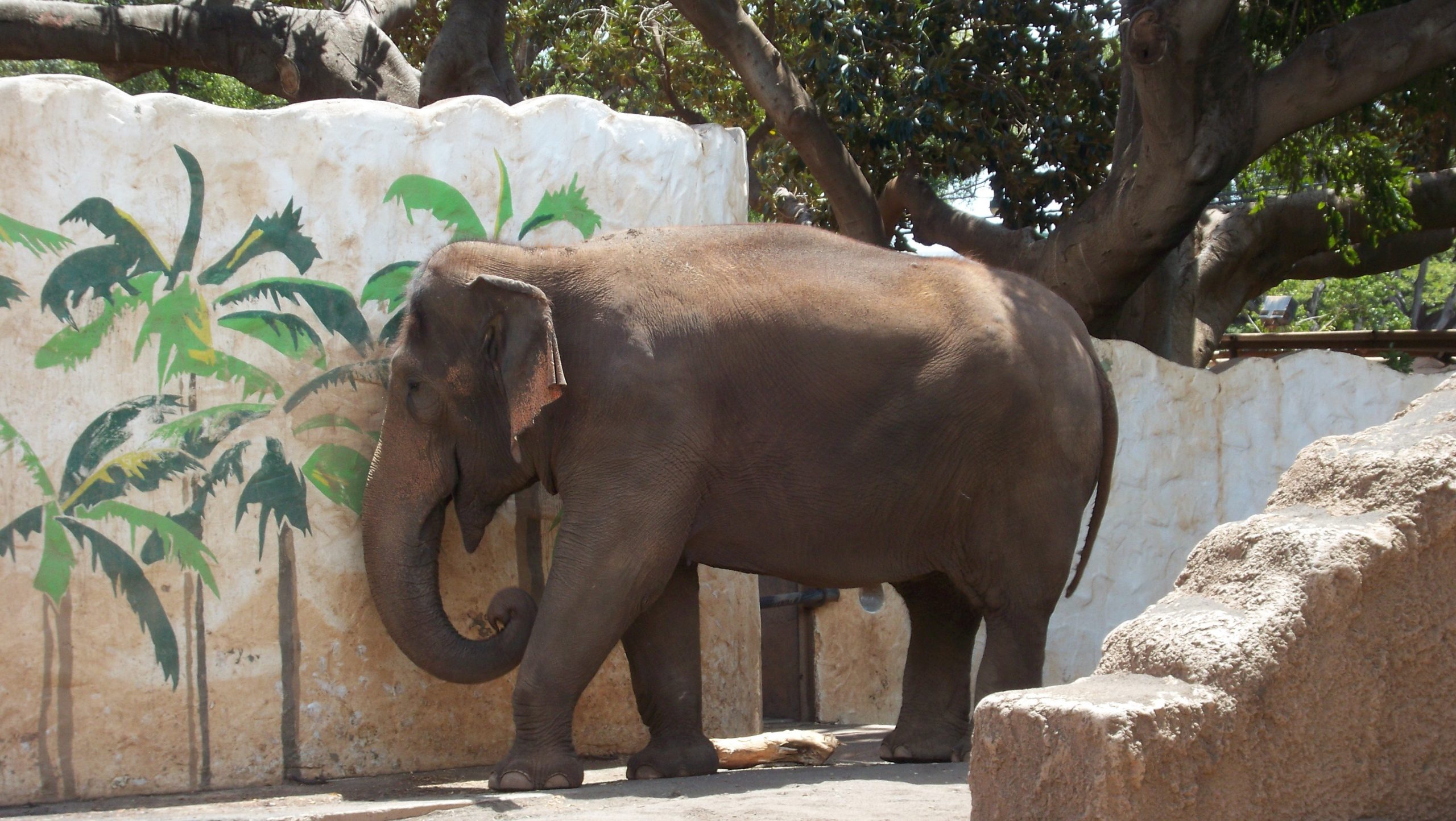 Through petitions, we can reach those in power and demand justice for others. They are valuable tools for making positive changes in the world. If you are looking for a way to help animals and humans, here are 10 petitions you should sign this week, including End Elephant Captivity, End Discriminatory Policies in the Olympics, and Pay Farmworkers Fair Wages

1. End Elephant Captivity in the UK

In zoos, elephants are kept in tiny enclosures that do not allow them room to roam around. They are also kept alone and/or traded between zoos, making it impossible for them to form and maintain close-knit herds. Essentially, are denied the opportunity to carry out natural behaviors that they would in the wild. Fortunately, later this year, the British Parliament is set to pass the Animal Welfare (Kept Animals) Bill, in which there will be a ban on holding elephants captive in zoos and safari “parks.” This is great; however, it still hasn’t passed and there’s time for opponents to try to prevent this legislation from passing. That’s why we have to voice our support for the bill and elephants. Sign this petition to tell Parliament to pass the Animal Welfare (Kept Animals) Bill and save elephants from captivity now!

It may feel like the events of Netflix’s documentary “Tiger King” were ages ago, and that the dramatic abuses of both human and animal life have been resolved as Joe Exotic is locked up, his horrific Greater Wynnewood (GW) Exotic Animal Park shuttered, and his criminal partners Doc Antle and Jeffrey Lowe facing charges for various offenses of dealing with and exploiting vulnerable wild animals without proper permitting, licensing, or care. However, Jeffrey Lowe has continued to exploit, abuse, and neglect animals that were transferred to his care when Joe Exotic was sentenced to prison time. Recently, the animal welfare non-profit Showing Animals Respect and Kindness (SHARK) decided to take drone footage of the new “Tiger King Park” – where Jeffrey Lowe took the animals after GW Exotic Animal Park closed. What the activists found was awful. There were garbage and animal carcasses all over the grounds. Furthermore, someone was rarely ever there to care for the living animals. They were suffering, trying to fend for themselves without someone to provide them with their basic needs. The USFWS and USDA must not stop at saving the big cats from Tiger King Park; they need to remove and save every single creature from Tiger King Park and stop the suffering. Sign this petition to demand that Tiger King Park be completely shut down, and all of its animals rescued!

3. Maintain Land to Lessen the Impact of Wildfires in California

California’s 2020 wildfire season was the largest in modern history. Nearly 10,000 fires burned almost 5 million acres, displacing tens of thousands of residents from their homes and killing 33 people and countless animals. Sadly, this year might be even worse. Plus, it’s becoming more and more difficult for ecosystems to start recovering after fire season. California needs to start maintaining fuel areas, where dry vegetation goes unattended, year-round to prevent uncontrolled wildfires. It has been proven time and time again that for every $1 put into disaster preparation, $6 of relief and emergency funding is saved. Sign this petition to demand that Governor Newsom increase year-round land maintenance in California!

While we’ve come a long way in terms of nondiscrimination protections for LGBTQ individuals, there is still quite a long way to go. Twenty-seven states have no nondiscrimination protections for LGBTQ people, meaning that they can be discriminated against in housing, health care, education, and public accommodations. Fortunately, a bill could change this. The Equality Act would ensure comprehensive protections on the basis of sexual orientation and gender identity nationwide, including in housing, education, public accommodations, and access to credit. It passed the House in February and is now in the Senate. Sign this petition to tell your two U.S. Senators calling on them to support The Equality Act and send it to President Biden’s desk to be signed into law.

5. Demand Justice For Dog Who Was Beaten to Death

Recently, two men named Sylvester and Sunil beat a dog to death because they had issues with the dog’s owner, Christhurajan. When they found the dog, Bruno, they tied him up with a fishing hook and beat him to death with bats. Once poor Bruno was killed, they threw his body into the sea. The murder was filmed and all the suspects have been arrested. However, if justice is not served, things might only get worse for Bruno’s people. Apparently, after the video of their bloody assault went viral online, the accused perpetrators warned Christhurajan that if he sought justice from the authorities, they would come after the rest of his family — and kill them all. Sign this petition to demand justice for this dog!

6. Decriminalize Drug Use in Canada

Doctors for Decriminalization, a national coalition of physicians advocating changes to Canada’s drug policies, is urging the government to decriminalize the use of illegal substances. Criminalizing the possession of illicit substances is does nothing positive; it only makes it harder for people to get jobs, housing, and other basic needs. Rather than putting people in jail, people need to get help and social services. Sign this petition to tell the federal government to decriminalize the possession and use of illegal substances.

7. End Discriminatory Policies in the Olympics

Multiple Black athletes have already been barred from competing in the 2021 Olympics due to discriminatory policies. While Michael Phelps has been praised for his “optimized” body for swimming, Christine Mboma and Beatrice Masilingi have been banned due to their naturally-occurring high testosterone levels. Sha’Carri Richardson was also disqualified from racing due to having THC in her system, even though it is legal in many US states and does not enhance performance. Finally, the international swimming foundation has banned the use of swimming caps designed for natural Black hair. Sign this petition to demand that the Olympics do away with discriminatory policies that prevent Black women from competing!

Climate change is making summer heat waves worse and worse. While these affect almost everyone, they are especially dangerous for agricultural workers. The big corporations that employ them make billions of dollars every year. Yet, the workers, who suffer out in the heat and do the real labor, don’t get fair wages, sick time, or any benefits. Plus, many of these workers are immigrants and undocumented people that corporations take advantage of. Due to their status, it is often difficult to speak out for fair compensation and treatment. These are temperatures that no human being (or animal) should be forced out into, and yet Big Ag corporations are giving these workers no other choice. This is heinous and inhumane and it must be changed now. These corporations make millions in profits, hoarding those millions for executives instead of sharing the gains with laborers. Sign this petition to demand that they pay farmworkers proper salaries with sick leave and healthcare.

Hervis Rogers is a man from Texas who waited for six hours to vote in the last Presidential election. He is now facing up to four decades in prison for voting because he was on parole and did not know that he was not eligible to vote while on parole. He even interviewed with multiple news outlets about casting his ballot, so he obviously had no idea that what he was doing was illegal. His parole would have ended less than three months after his ballot was cast and thereby, would have restored his right to vote. This was an innocent mistake and sending Rogers to prison again would be completely unjust and unnecessary. Sign this petition to stand behind Hervis Rogers and call for the charges against him to be dropped immediately!

At the beginning of the pandemic, when many people had to stay home all day to quarantine and social distance, there was a huge increase in pet adoptions. Sadly, now that things are opening up and people are going back to work, there is a huge wave of pets surrendered to shelters. The poor animals were probably so happy to find their forever homes with people that stayed with them all day, but now they are going back to already-crowded shelters and waiting to find new families. There are reports out of several cities that all the local rescues are totally full and cannot accept any more animals. We owe it to these poor animals to collectively care for them until they can find new homes or foster situations. Sign this petition to encourage local governments to allocate emergency funding to local shelters to help care for the influx of pets in their care!