Debunking 5 Myths about Voting by Mail 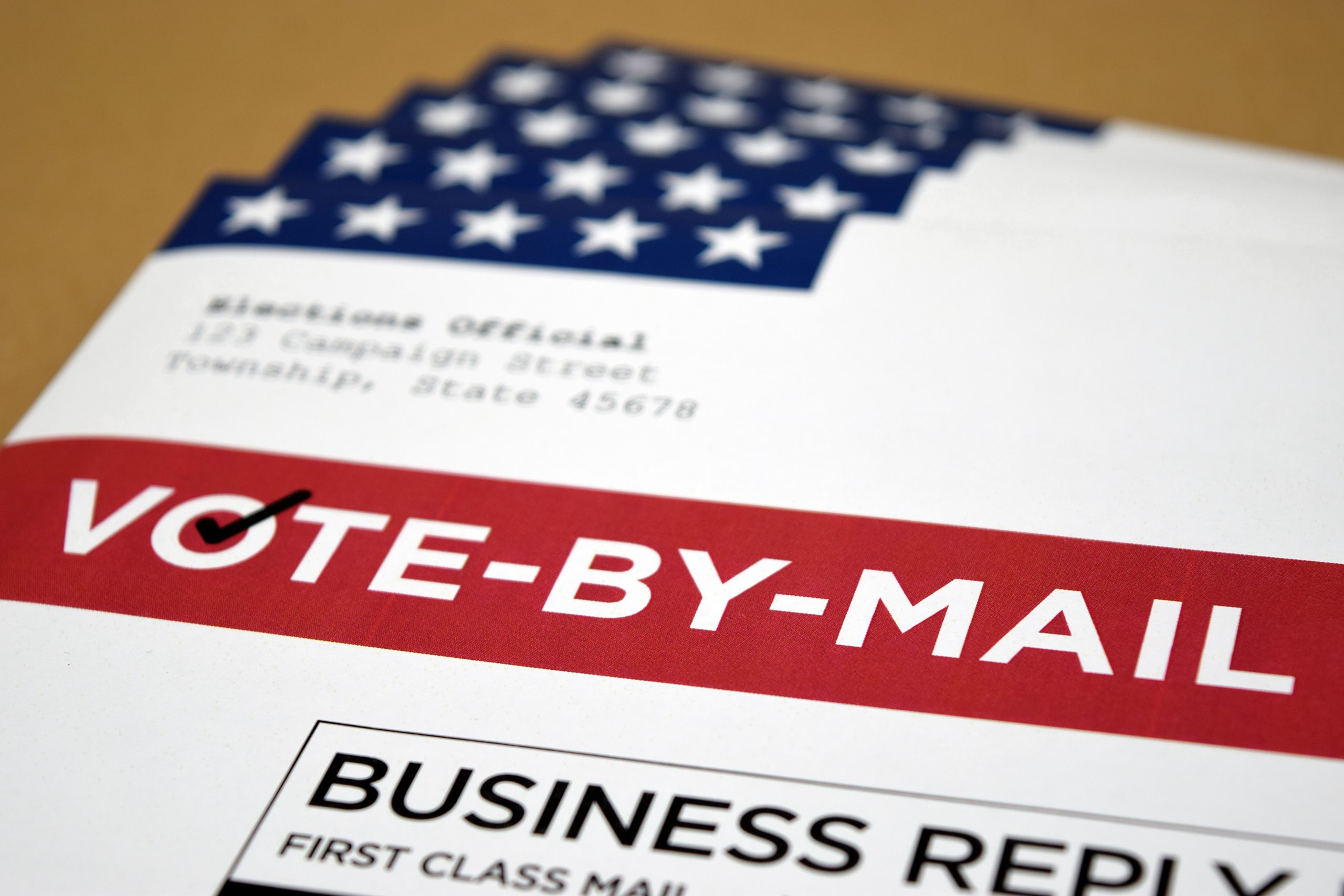 Unfortunately, misinformation about voting has become extremely pervasive during this election cycle. Social media platforms have had to crack down on accounts spreading falsehoods about when and how you can vote.

As tens of millions of Americans have chosen to vote by mail amid the worsening COVID-19 pandemic, President Trump and his allies have cast doubt on mail-in voting despite evidence showing it is a secure method of voting.

Here are some common voting myths and how to debunk them:

The president himself has repeatedly spread falsehoods about voting, particularly regarding voter fraud which has been debunked through several studies over many years.

The Brennan Center for Justice reviewed elections that were reported for accusations of voter fraud, and found incident rates of fraud were between 0.0003 percent and 0.0025 percent. The report stated it is more likely that an American “will be struck by lightning than that he will impersonate another voter at the polls.”

In the 2016 election, more than 135 million American votes were counted. Of those, there were just four demonstrated incidents of voter fraud which represents 0.000002 percent of all the ballots cast in the general election.

Voter fraud is also extremely rare in voting by mail. A Washington Post analysis, in collaboration with the nonprofit Electronic Registration Information Center, of data collected by three vote-by-mail states found that only 0.0025 percent of 14.6 million votes cast by mail in the 2016 and 2018 general elections were cases of double voting or voting on behalf of deceased people.

Since 2000, across all 50 states, there has been an average of three cases of voter fraud with mailed ballots per state over the 20-year span which translates to about 0.00006 percent of total votes cast.

Extensive research by independent groups, courts, and governments agree: there is no widespread voter fraud.

Myth 2: Mail-in ballots favor Democrats and will cause a “rigged” election.

Due to COVID-19, almost every state has expanded vote by mail eligibility and options for voters. Still, Trump and Republican leaders falsely state mail-in voting gives an advantage to Democrats.

Studies have found little evidence that mail-in ballots favor one party over another. Researchers at Stanford University’s Democracy and Polarization Lab examined the partisan impact in vote-by-mail practices in California, Utah, and Washington, finding that universal vote-by-mail “modestly increases participation while not advantaging either party” in turnout or vote share.

In fact, voting by mail was already common in states with Republican legislators. Of the 16 states where more than half of voters voted by mail in 2016, Trump won nine. Numerous Republicans have been elected in states like Iowa, Missouri, and Alabama that have expanded mail-in ballots or Utah and Colorado which have previously used universal mail-in voting.

Myth 3: Voting by mail is not secure.

Vote-by-mail ballots are paper ballots hand-marked by the voter, which the National Conference of State Legislatures considers the “gold standard of election security.” Absentee/mailed ballots provide a paper trail that can be used to track down an individual if there is any suspicion of meddling.

Ballots can be tracked through the mailing process, ensuring the voters that the ballot arrives and their vote is counted.

Given Trump’s cuts to the U.S. Postal Service, the mail may be slow. To help ensure the swiftness of voting, many states allow you to drop off your ballot in-person at your local election office –– some states allow you to drop off mail-in ballots at your polling station on Election Day and others have drop boxes where voters can return ballots. Dropping off ballots in-person varies by state so check your state’s policies first.

Myth 4: Drop boxes are not secure.

Many states require ballot drop boxes to be under video surveillance or manually staffed. They are designed to be indestructible and are bolted to the ground. The slots for inserting ballots are normally narrow and tilted at an angle so only ballots can be collected. States like Colorado and Washington have been using drop boxes for years which are built like tanks.

Ballot drop boxes are locked at all times and only an election official or bipartisan collection team has access to the keys and/or combination of the lock. Chain of custody logs ensure only authorized election officials collect ballots according to the U.S. Elections Assistance Commission.

Even if a drop box is randomly attacked or damaged, cameras can identify the perpetrator and ballot tracking can help voters make sure they vote is counted.

The president claimed that foreign countries could “print ballots… get the same paper, the same machine — nothing special.” There is no evidence of counterfeit ballots from foreign nations and such fake ballots wouldn’t get past election officials due to important voting safeguards already in place.

Bar codes on the ballots match a specific person in voter files, ballots use personal identification information, and signatures are checked with those on file. These security safeguards make it highly unlikely that a foreign government could cast fraudulent votes. Additionally, mail-in ballots are printed on special paper stock and each ballot has different local races and designs.

“Foreign entities would have to figure out how to make the exact ballot of voters on a large scale—with each ballot differing in terms of the races covered, duplicate the same paper stock, replicate bar codes on many state ballot envelopes, forge signatures (and potentially witness signatures) and have detailed voter information, such as last few digits of a drivers’ license. [Trump’s claim] is beyond ludicrous, and seems intended to do no more than undermine voter confidence in the integrity of the 2020 election,”  Richard L. Hasen, a professor of law and political science at the University of California, Irvine School of Law and author of “The Voting Wars,” told Factcheck.org.

Rather than addressing real cases of foreign interference in U.S. elections, Trump and his administration continue attacking mail-in voting despite mountains of evidence proving its security.

With under a week left until Election Day, the stakes of this year’s election are extremely high. Make a plan to vote to make sure your voice is heard.