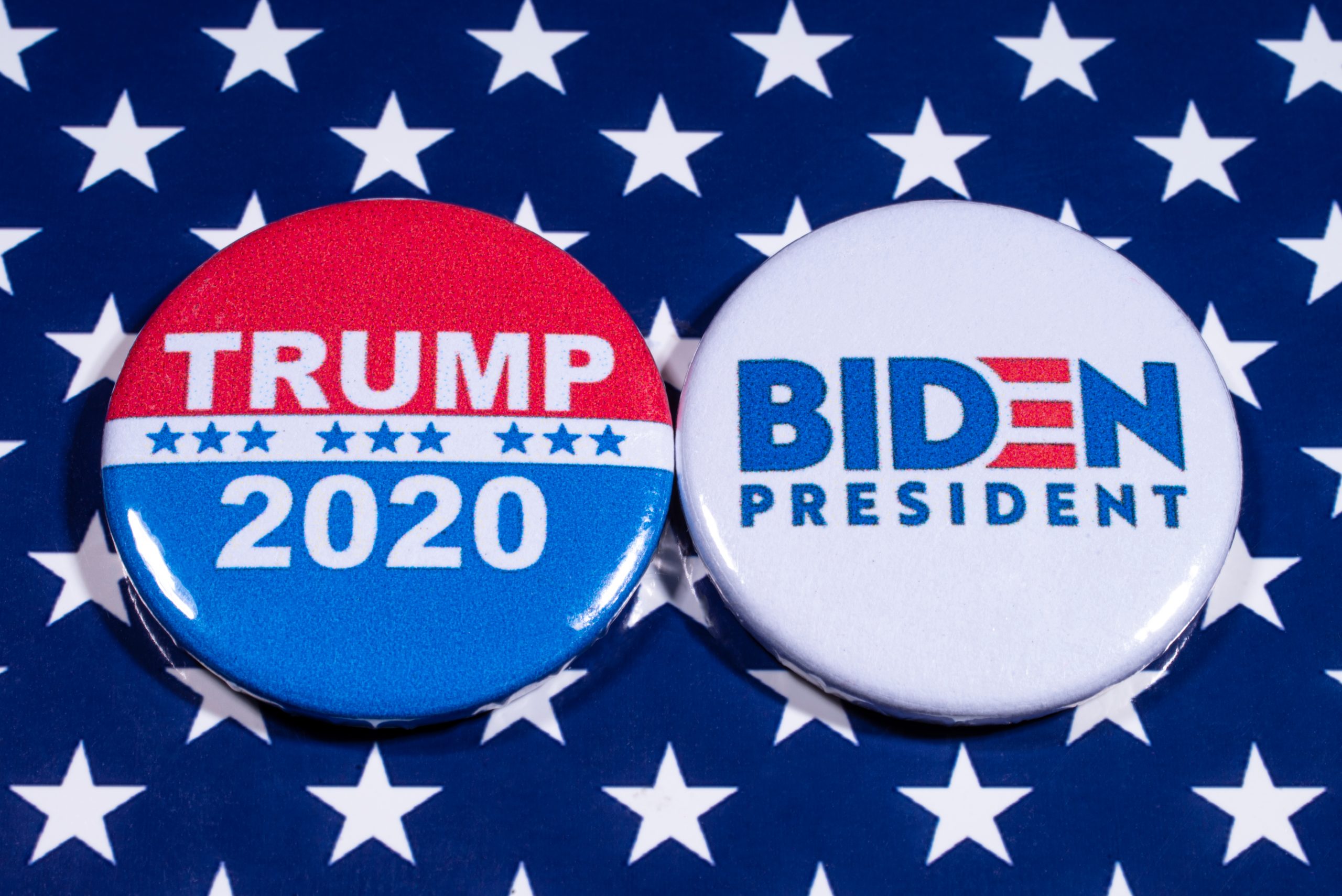 On different networks at the same time, viewers were forced to pick one or the other or flip back and forth between both town halls. As millions of Americans have already started voting, the town halls may be a final attempt for the candidates to appeal to voters.

Overall, Trump deflected many questions in his town hall, relying on falsehoods and avoiding details on policy issues, while Biden addressed voters’ concerns and outlined how his policies and leadership will be markedly different than the current president.

In Philadelphia, Biden denounced Trump’s handling of the virus that has claimed more than 215,000 American lives. While Trump knew about the severity of the virus back in January, he failed to implement science-backed safeguards and continued spreading misinformation about COVID-19.

“It is the presidential responsibility to lead. And he didn’t do that,” Biden continued.

More national standards should have been in place earlier in the pandemic, according to Biden, and if he were to be elected this November, he said that he would work with governors, mayors, and state officials to help require mask use to stop the spread of COVID-19.

During the town hall, Biden publicly said for the first time that he would come out with a clear position before Election Day on what he would do with the Supreme Court, depending on the outcome of the Senate hearings.

Compared to Trump’s town hall, Biden provided specifics on many of his policy plans.

On climate change, Biden discussed his climate plan to invest in clean energy, electric vehicles, and energy-efficient homes, spurring economic growth and sustainable jobs, as well as plans to stop subsidizing big oil companies. On issues of racial justice, Biden outlined educational and economic proposals that will close the racial wealth gap and help Black entrepreneurs as well as fund education ranging from preschool to historically black colleges and universities.

Finally, on the issue of LGBTQ rights, Biden called attention to the alarming murder rates of trans women of color and vowed to roll back laws put in place by the Trump administration that discriminate against transgender individuals.

In Miami, Trump started the night by deflecting questions regarding his COVID-19 symptoms and delivering empty words about fighting the worsening pandemic that contradict his previous statements and behavior.

While he said “I’m good with masks. I’m OK with masks. I tell people wear masks,” the president himself almost never wears a mask and has repeatedly mocked those do wear a mask.

“We’re a winner,” Trump said. “We have done an amazing job. And it’s rounding the corner. And we have the vaccines coming and we have the therapies coming.”

The number of COVID-related deaths in the U.S. is the highest in the developed world and still growing. In the past week, the U.S. has averaged 53,120 cases per day, a 23 percent increase from the average two weeks earlier, according to a New York Times database.

As always, Trump’s lies continued throughout the night. For example, he said “thousands of ballots” are being thrown away – there is no evidence of this – and claimed massive voting fraud is happening – myths on voting fraud have been repeatedly debunked.

Trump not only repeated conspiracy theories about spying during the town hall, but the president also refused to disavow a far-right conspiracy group, QAnon.

The President claimed not to know about the group despite retweeting several QAnon-endorsed false claims. When Savannah Guthrie pressed the president on his conspiracy theory tweets, Trump responded that he just “put it out there.”

Guthrie responded, “You’re the president. You’re not like someone’s crazy uncle who can retweet whatever.”

He refused to condemn the group but said he knows “they are very much against pedophilia,” adding that he agrees with that aspect of the group.

An FBI field office recently warned that “fringe political conspiracy theories” like QAnon may likely “motivate some domestic extremists.” QAnon has already been linked to acts of violence prompting several social media sites to crack down on posts from the group.

Like most of Trump’s public events, his town hall lacked substantive policy ideas. When asked about his plan to reduce health care costs, Trump repeated the “repeal and replace” talking points against the Affordable Care Act (ACA) but gave no specifics on any plan to help the American people, especially those with preexisting conditions.