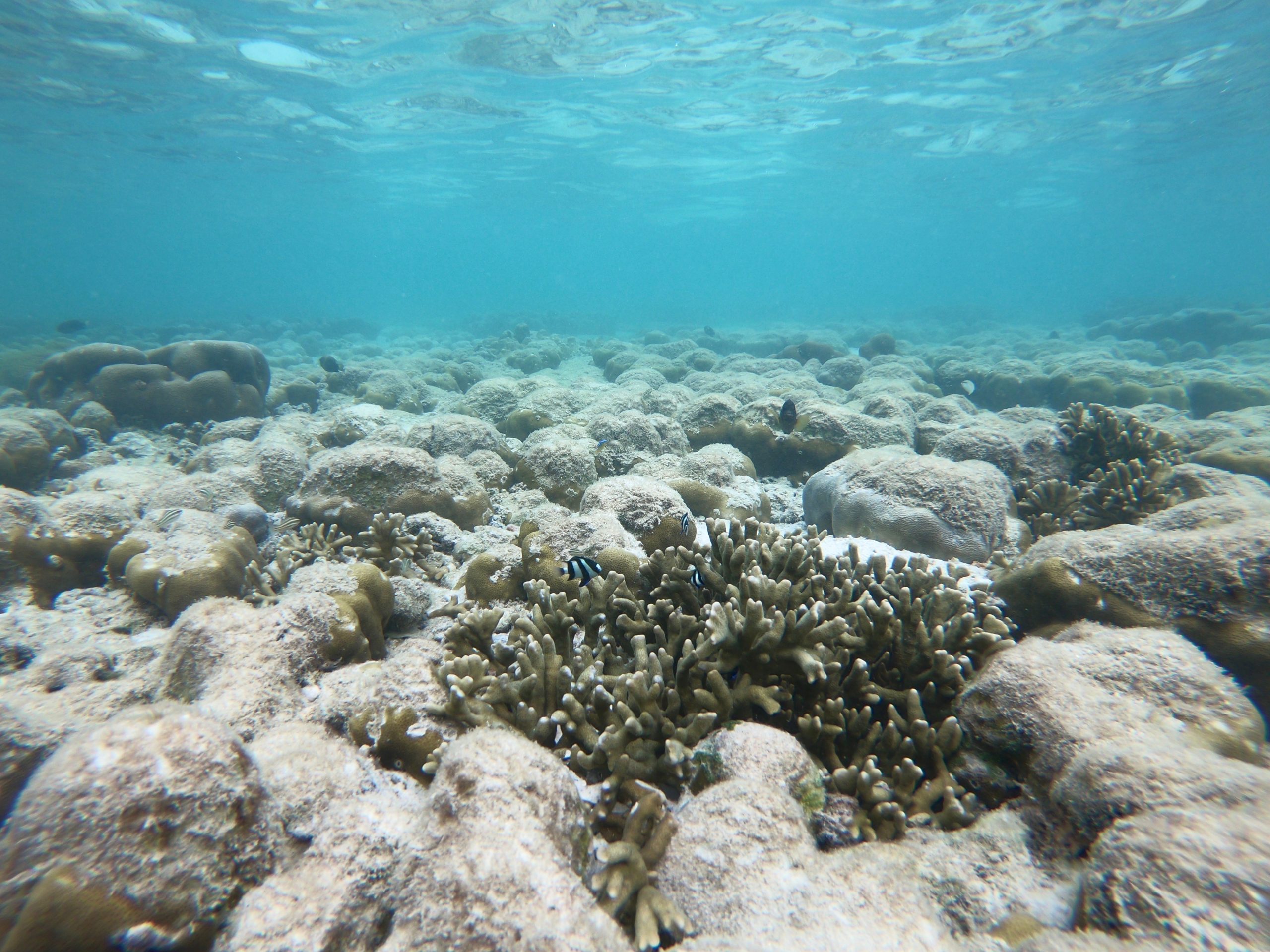 Through petitions, we can reach those in power and demand justice for others. They are valuable tools for making positive changes in the world. If you are looking for a way to help animals and humans, here are 10 petitions you should sign this week, including Cancel the Yulin Dog Meat Festival, Ban Harmful Sunscreen Ingredients, and Abolish the Death Penalty!

Every year since 2009, people have gathered for the highly controversial Yulin Dog Meat Festival, and despite a zoonotic disease pandemic, this year is no different. The festival causes the abuse and slaughter of thousands of dogs. Many of the dogs are stolen out of heartbroken families’ homes and yards, while others are strays that were snatched from the street. They are transported in horrible conditions without water, food, or room to move. Many get ill and even die because of the treatment they receive. Those who survive are kept in tiny cages at the festival and then slaughtered for their meat. The majority of Chinese citizens and so many activists vehemently oppose this festival and the consumption of dog meat. The Chinese government must put an end to the dog meat trade, and their first step should be canceling Yulin, which is scheduled to start on June 21. Sign this petition to implore the Chinese Government to cancel the Yulin Dog Meat Festival!

Recently, Vanessa Rondeau, a Canadian woman who runs a boutique shop, was caught illegally selling the skulls of polar bears. While selling animal bones and taxidermy isn’t itself a crime, the selling of protected or endangered animals, like polar bears, absolutely is. She has shared approximately 30 posts offering polar bear skulls for sale over the past six years, in addition to other endangered species remains. Facebook did not do anything during those six years and still hasn’t even taken down her shop’s page. Sign this petition to tell Facebook’s CEO Mark Zuckerberg to implement stronger policies that kick wildlife-sellers off his platform!

3. Demand an End to the Exploitation of “Rat Children” in Pakistan

In Pakistan, some couples allegedly “donate” their firstborn child to the shrine of Shah Dola, a Sufi Saint who took care of disabled children so that they can be blessed with future fertility. These children, who are raised by the shrine administration, are allegedly intentionally disabled using metal banded helmets. Their flattened skulls not only change their appearances, but also cause mental disabilities. Thus, they will be dependent on caretakers who make them beg in the streets. They are effective beggars because the nationwide belief is that if you do not give to the “Rat Children”, your own children will be cursed with a disability. This is illegal, but there are reports that shrine administrators are not held accountable for the exploitation of these kids. Pakistan is a member of the United Nations and thus subject to the United Nations Convention on Rights of the Child 1990 (UNCRC). Sign this petition to demand the United Nations finally step in to investigate these reports and protect the children if this is happening!

Sunscreen is super important for protecting your skin; however, there are some not-so-great ingredients that some brands put in their formulas. Oxybenzone and octinoxate are two of these chemicals that can cause coral bleaching. These chemicals, and others, come off when people swim in the ocean and poison the reefs. When the reefs die, so do so much of the marine life that uses reefs for food and shelter. The solution is simple: use reef-safe mineral sunscreen options and ban toxic sunscreens. Bans on sunscreens containing toxic chemicals have already been established in popular tropical tourist destinations like Hawaii, Key West, and Mexico. Sign this petition and ask that Costa Rica pass its own toxic sunscreen ban, now!

Marjorie Taylor Greene (R-GA) is a QAnon-conspiracy-spreading, insurrection-defending, secession-endorsing Representative that needs to be removed from her position of office. She has said so many wildly inappropriate and inflammatory things including comparing having to wear a mask to the treatment of Jewish people during the Holocaust, suggesting that other politicians should be killed or imprisoned for treason, saying that the Parkland school shooting was staged, and promoting the conspiracy theories that  Hillary Clinton is responsible the murders of multiple people. It’s time for GOP House leader Kevin McCarthy to insist she step down, or to rally Republican support for the necessary supermajority to expel her. Sign this petition to demand Marjorie Taylor Greene resign or be expelled

Saudi Arabia’s blockade of Yemen, which has been going for six years, has created a major humanitarian crisis. They are using starvation as a weapon of war and as a result, 16 million Yemenis suffer from malnutrition and 400,000 children may die. The U.S. provides billions of dollars in military equipment to Saudi Arabia each year. Sign this petition to tell Congress to act quickly to end the Saudi blockade of Yemen.

Since 1973, 185 people sentenced to death in the US have been exonerated. The court system isn’t fool-proof and thus, innocent people have and will continue to be killed by our so-called justice system. The government should not have the right to murder someone, especially because of the chance that an individual could be innocent. 106 countries have banned the death penalty and many more have placed moratoriums on it. Biden needs to follow through on his promise by abolishing the federal death penalty. They disproportionately affect people of color as well as disabled and low-income individuals. Sign this petition to tell President Biden to follow through on his promise to abolish the federal death penalty – and governors to abolish their state’s death penalty.

The Retail Council of Canada (RCC) is an organization dedicated to representing the interests of retail businesses all across the country, ranging from companies in the fields of groceries to pharmaceuticals to general merchandise. In 2016, the RCC made headlines after announcing that its member businesses were agreeing to prioritize animal welfare by phasing out gestation cages and battery cages. These tiny cages that pigs and chickens are forced into are incredibly cruel and need to be banned. However, while the RCC organizations were supposed to implement the changes by 2022 and 2025, the RCC announced in March 2021 that it was reneging on all “previous commitments” regarding “sow housing and cage-free eggs.” Now the animal welfare guidelines are simply voluntary. This isn’t the first time agricultural industry leaders have used such bait-and-switch tactics to appease the public while getting away with torture. Sign this petition to demand the Retail Council of Canada show remain true to their animal welfare promises! They need to phase out the use of chicken battery cages and pig gestation crates for all member businesses by 2022!

During the pandemic, the Cambodian government only provided one cash payment to lower-income families. Many of these families also live in “red zones” where people are more at risk of transmitting and contracting the virus. Thus, they cannot leave their homes for work or getting food. There have been numerous problems with the food and relief packages to these zones, with inadequate and insufficient deliveries, as well as disproportionate amounts of food containers no matter the size of the family.  People are going hungry and the Cambodian government needs to provide more support for low-income families during this very difficult time. Sign this petition to urge the Cambodian government to support these people and follow the International Covenant on Economic, Social, and Cultural Rights that was agreed upon in 1992!

ProPublica recently gained access to a significant amount of U.S. tax information. They found that some of the wealthiest individuals, such as Jeff Bezos, Elon Musk, Michael Bloomberg, and George Soros, have all gotten away with paying $0 in federal income taxes in some years. The wealthy are paying a disproportionately small amount of taxes compared to most Americans. Income inequality is a huge issue in America, with many people struggling to access food, pay for healthcare, or pay off debt. The ultra-rich need to be taxed more! Sign this petition to demand a change in the tax code to make sure the wealthiest pay their fair share!