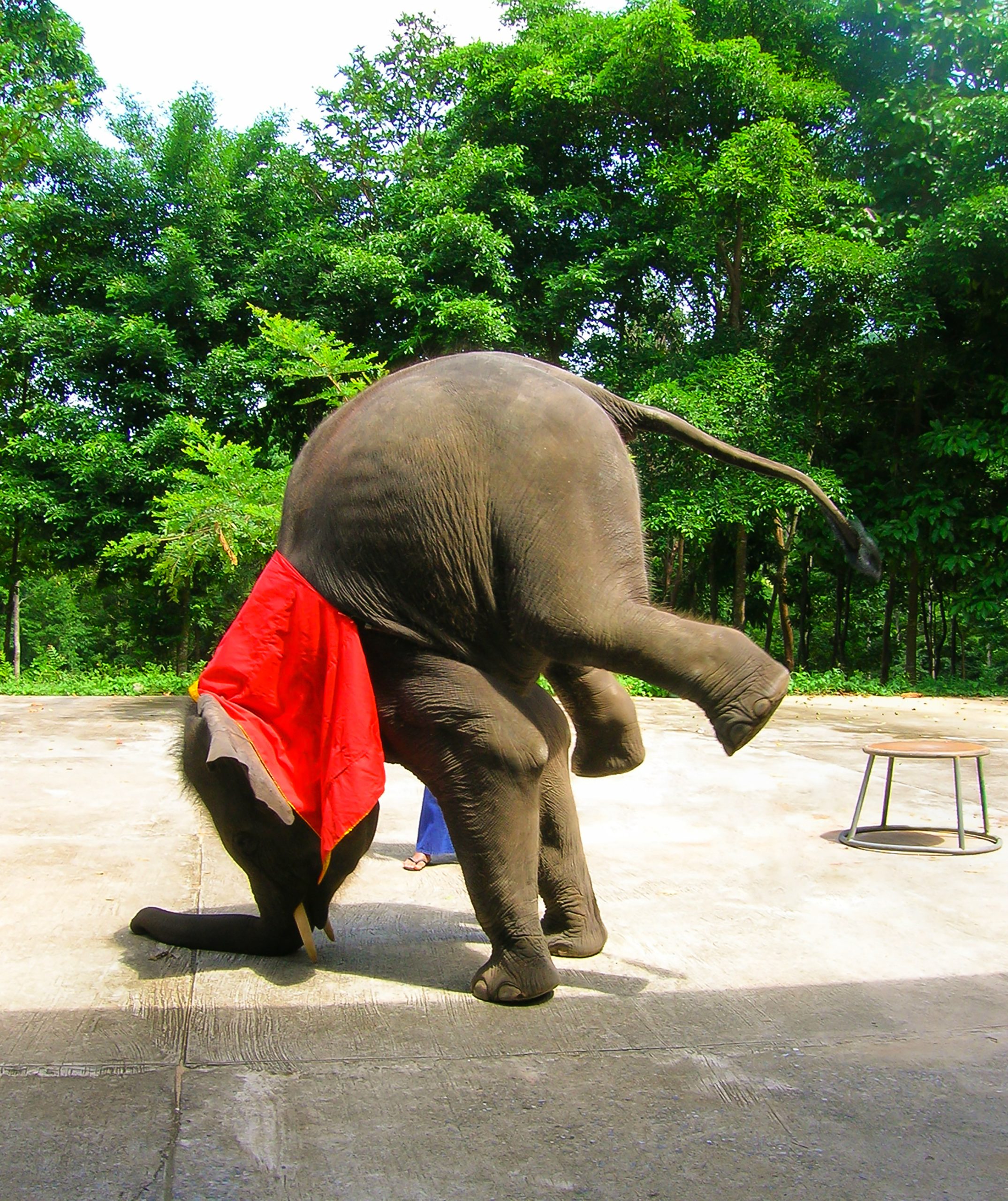 Through petitions, we can reach those in power and demand justice for others. They are valuable tools for making positive changes in the world. If you are looking for a way to help animals and humans, here are 10 petitions you should sign this week, including Ban the Yulin Dog Meat Festival, Continue giving students free meals, Legalize abortions, and more!

In a recent viral video posted to Twitter, someone is filming as a handler washes a captive elephant. The animal leans forward onto its trunk and head, moving into a headstand while a man sprays the creature down with water. While an elephant standing on its head might seem amusing at first glance, it’s an unnatural behavior that these majestic beings do not display in the wild. Elephants should never be coerced and abused into performing for humans. Sign this petition to tell Twitter to implement a stronger system to catch these videos before they go viral

2. Ban the Yulin Dog Meat Festival Once and For All

3. Tell Harvard to return human remains to the communities they belong to

A recently leaked draft report revealed that Harvard still holds the remains of thousands of Native American people and many enslaved Africans. This is illegal and we must demand accountability for the unthinkable harm they have been causing for centuries. Sign this petition to demand that Harvard University return these human remains to the communities from which they were stolen and redistribute any funds they gained from their display and use!

The Supreme Court decided to overrule the Roe v. Wade decision, giving power back to states to regulate abortion rights.  Many poor individuals and minorities will be affected by this ruling in Republican-controlled states in the South and Midwest. Many people who want to get an abortion will still attempt to get one anyway, which may lead to dangerous procedures. Sign this petition to tell America’s district attorneys: don’t prosecute abortion patients!

There is a huge amount of evidence supporting how important school meals are for improving academic achievement, school attendance, and, keeping kids healthy. During the pandemic, Congress authorized waivers allowing schools to deliver meals to 10 million-plus students. However, the waivers are set to expire on June 30th. Sign this petition to tell Mitch McConnell to extend the school lunch waivers and keep our kids fed!

6. Hold Verizon and AT&T accountable for pretending to be LGBTQ+ Allies

June is pride month, and many corporations who actively fund anti-gay politicians pretend to be allies for a month. We must remember that many of these corporations such as Verizon and AT&T support extremely oppressive and homophobic state and federal legislators. Verizon and AT&T spent a whopping $1.6 million funding anti-LGBTQ+ politicians last year. Sign this petition to demand Verizon and AT&T immediately halt funding to any politician who has supported the recent wave of anti-LGBTQ legislation and instead support groups working to protect queer people!

7. Expel Ron Johnson for trying to overturn the election with fake Trump electors!

During the January 6th committee hearing, we learned that Sen. Ron Johnson tried to personally deliver a slate of alternate electors for Michigan and Wisconsin to Vice President Pence — electors who would refuse to certify President Biden’s election win. We must demand Ron Johnson be expelled from the Senate for his treason. Sign this petition to tell the Senate to expel Ron Johnson for trying to overturn the 2020 election!

For many years, an annual commercial seal hunt has taken place in Canada, during which thousands of seals – usually the youngest and most vulnerable – are clubbed to death for their pelts, meat, and blubber. Canada’s commercial seal hunt is the largest slaughter of marine mammals on the planet. More than 36 countries, including the United States, the European Union nations, Russia, and Switzerland, have already banned commercial, non-aboriginal trade of seal products in an effort for the seal slaughters to end. Sign this petition to demand that Canada end this gruesome and unpopular seal massacre!

9. Save the Trout and Salmon Population in Scotland

Last year, the annual salmon catch in Scotland confirmed conservationists’ worst fears: the lowest number of salmon on record were caught in Scottish rivers. Both salmon and trout are cornerstone species, which means that dramatic drops in their populations have ripple consequences for the rest of the ecosystems they exist in. Sign this petition to demand that Scottish Parliament improve water quality and strengthen their salmon conservation laws before it’s too late!

10. Free Happy the elephant From Her ‘One-Acre Prison’

48-year-old Happy the elephant is anything but happy. She has lived in captivity almost her entire life and has been forced to live alone for the last 13 years in the Bronx Zoo. The Nonhuman Rights Project has expressed that they would like to move her from a “one-acre prison” at the zoo to a more spacious sanctuary. Happy deserves to live out the rest of her life free in a sanctuary. Sign this petition to free Happy the elephant from her imprisonment at the Bronx Zoo!