Ban Horse Competitions in the Olympics, Stop Fracking in the Gulf of Mexico, and End the Criminalization of Homelessness in LA: 10 Petitions to Sign this Week to Help People, Animals, and the Planet! 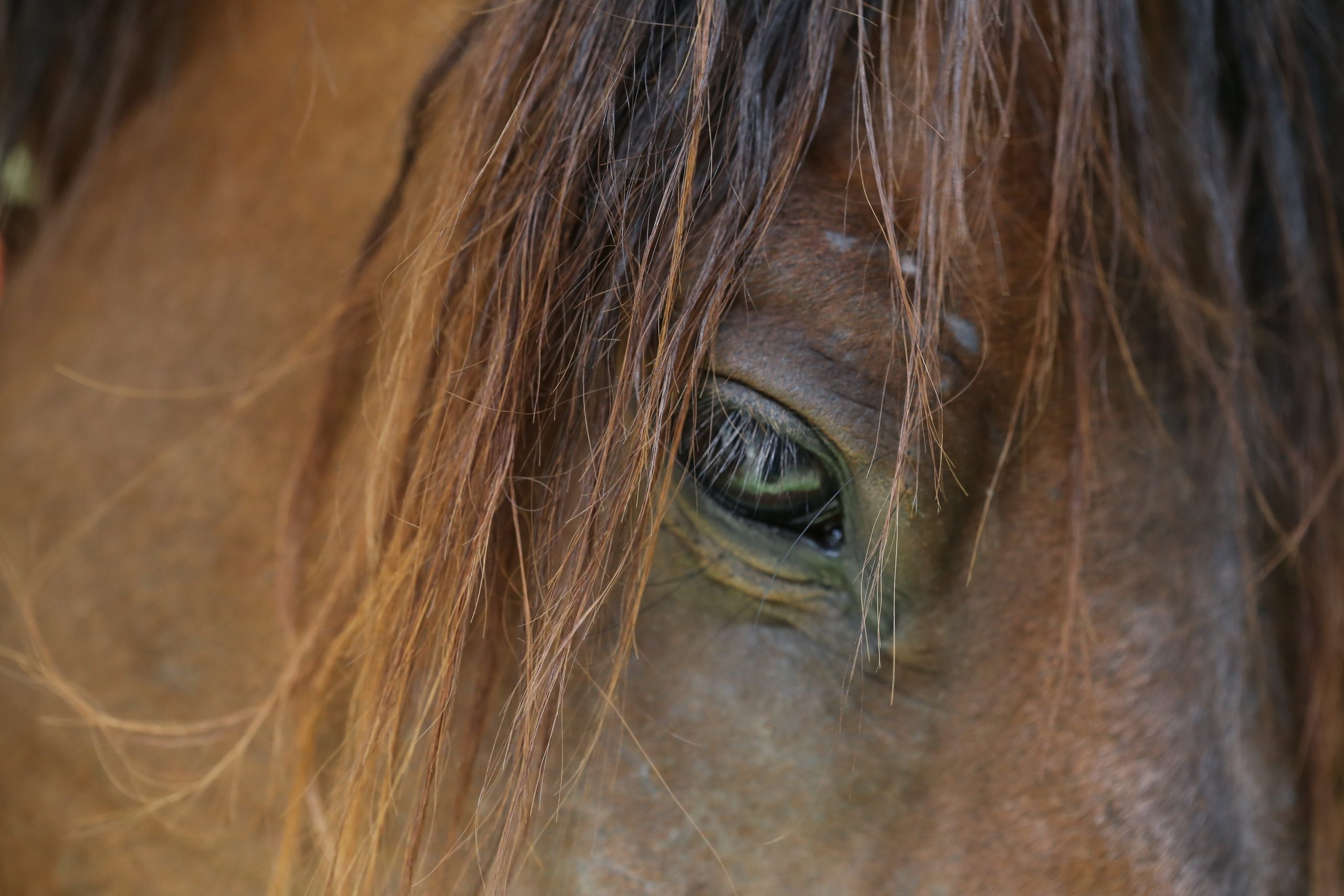 Through petitions, we can reach those in power and demand justice for others. They are valuable tools for making positive changes in the world. If you are looking for a way to help animals and humans, here are 10 petitions you should sign this week, including Ban Horse Competitions in the Olympics, Stop Fracking in the Gulf of Mexico, and End the Criminalization of Homelessness in LA.

1. Ban Horse Competitions in the Olympics

Recently, a German coach punched a Pentathalon horse named Saint Boy during the Olympics. This incident sparked outrage all over the world and it’s just one public example of the cruelty that horses used in sports face. These poor horses are bred, often causing genetic defects, to get the ideal frame; they are drugged so that they keep going, even when they are injured or suffering from a medical issue; they undergo intense training and competitions that they have no say in; and then, once they are spent, many are slaughtered.  Exploiting horses and other animals for human entertainment is cruel and inhumane. Sign this petition to urge the International Olympic Committee to ban all Horse competitions from the Olympic Games!

2. Ban Fracking in the Gulf of Mexico

The Gulf of Mexico is a rich, abundant ecosystem, filled with iconic and endangered species. Rather than protecting these biodiverse waters, the government allowed over 3,000 fracking projects in the Gulf of Mexico during the last decade. During that time, 66.3 million gallons of fracking waste have all been dumped straight into the Gulf waters. This waste is incredibly toxic for animals, humans, and the environment and will have long-lasting consequences. Sign this petition to demand that the EPA ban fossil fuel corporations from releasing fracking waste into any type of waterways, and tell the governments of the U.S. and Mexico to ban all hydraulic fracturing operations in the Gulf of Mexico!

3. Save Animals From Roadside Zoos

The Commerford Zoo is a roadside attraction that travels around the Northeast of the country, dragging along lemurs, camels, a zebra, a kangaroo, and two elephants, Beulah and Karen. These poor animals are used to entertain and interact with humans at every stop. Sadly, in 2019, both Beulah and Karen died and now animal activists are calling for stronger USDA regulation of these attractions. Even if the USDA is aware of abuse, they are not always allowed to enforce proper treatment for the animals in these zoos. Sign this petition to tell the U.S. Congress to update the Animal Welfare Act! Lawmakers must give the USDA the power to remove animals from abusive roadside zoos and send them to reputable sanctuaries instead.

4. End the Criminalization of Homelessness in Los Angeles

Recently, the city of Los Angeles passed a law that essentially criminalizes homelessness. The law makes it illegal for homeless people to be on private property; public sidewalks; within 5 feet of an entrance or exit to any building; within 10 feet of any driveways or loading docks; and within 500 feet of schools, daycares, parks, libraries, overpasses, underpasses, freeway ramps, tunnels, bridges, subways, or bike paths…so pretty much everywhere. This law does nothing to help homeless people or eradicate homelessness, it just puts them into a system that will worsen their situation. Perhaps rather than giving over $2 billion to the LAPD, the city should actually fund social services to help homeless individuals get back on their feet, as well as housing since LA homeless shelters only have the capacity for up to 39% of LA’s current homeless population. Sign this petition to tell California’s governor Gavin Newsom and the California state legislature to pass a statewide law overturning the criminalization of homelessness.

Geronimo is an 8-year-old alpaca who was imported from New Zealand to the United Kingdom in 2017. Since then, he has been living happily in quarantine with his owner. However, the British High Court recently ordered that he be euthanized after two bovine tuberculosis tests administered on Geronimo by the Department of Environment, Food and Human Affairs came back positive. Geronimo’s owner, a veterinarian, believes that because he received a tuberculin vaccine prior to testing, he had antibodies in his system that could be triggering false positives. Plus, four separate skin tests from before he left New Zealand came back negative and all of the other transported alpacas tested negative for tuberculosis. Geronimo needs to be tested again with updated equipment for a more accurate result. Sadly, Geronimo’s owner has lost her last appeal for new testing and a warrant for Geronimo’s slaughter has been signed to be carried out within 30 days. This is unacceptable. Sign this petition to tell Environmental Secretary George Eustice to test Geronimo again using a different method.

Recently, news broke that Senator Rand Paul’s (R-KY) wife bought stock in Gilead Sciences, the makers of a COVID-19 antiviral drug, in February of 2020, which was well before the Coronavirus was classified as a pandemic by the World Health Organization. Paul didn’t disclose this investment until 16 months after the 45-day reporting deadline in the STOCK Act, a law that works to prevent insider trading. While he claims that this was due to oversight, it’s vital that he be investigated for breaking the law.  Sign this petition to demand Rand Paul be investigated for insider trading immediately!

Recently, the Wausau Possum Festival took place in Florida. During the festival, participants bid on an opossum and the winner gets to hold the poor marsupial by the tail and shake it. This causes the poor animal an unimaginable amount of stress for no good reason. There are much better, more humane ways to raise money besides exploiting an animal. The festival has been around for nearly 50 years. It is time to end this festival once and for all. Sign this petition to end ask Wausau, Florida Mayor Roger D. Hagan to commit to protecting animals by canceling all future possum festivals.

In 2019, Imani Bell, a 16-year-old student-athlete at Elite Scholars Academy in Georgia, died of heat-related cardiac arrest and kidney failure after a sports practice. Her coaches forced the team to do conditioning drills outdoors in extreme heat. Imani was showing signs of heat exhaustion, but they made her keep going. The coaches were recently charged for her murder; however, they were supposed to be taking care of these children and it’s concerning that something like this could ever happen. The state needs to do a thorough investigation to make sure that similar training is not going on anywhere else. Sign this petition to demand a full state investigation into whether this is the only athletic department ignoring health guidelines, and what systemic failings led up to this horrible tragedy!

Doyle was a pit bull that everyone at the Lanarkshire, Scotland SSPCA loved. He was so sweet and happy, but sadly, he was euthanized due to his breed. The Dangerous Dog Act allows officers to flag dogs that have certain physical characteristics for euthanasia. This rule only applies to what the dog looks like, rather than their behavioral history. It’s heartbreaking considering many of these dogs are so sweet and could peacefully live out their days with a forever family. Fortunately, the Scottish SSPCA is asking for the Dangerous Dog Act to be amended to allow more careful analysis of individual dogs so that pups that can be rehomed will have a fighting chance. Sign this petition to ask the Department for Environment, Food and Rural Affairs to change the Dangerous Dog Act to allow its “banned” dog breeds to be rehomed if they are suited to it!

Recently, 21 dogs in Australia died and at least 40 became seriously ill after eating Maffra District Knackery brand pet food. Sadly, pet food standards in the country are voluntary and thus, there are no legal or financial incentives for pet food suppliers to keep animals safe. These horrible deaths and illnesses could have been prevented if the government cared about protecting animals. We can’t let something like this ever happen again. Sign this petition to ask the Australian government to standardize and enforce mandatory pet food standards across the country!