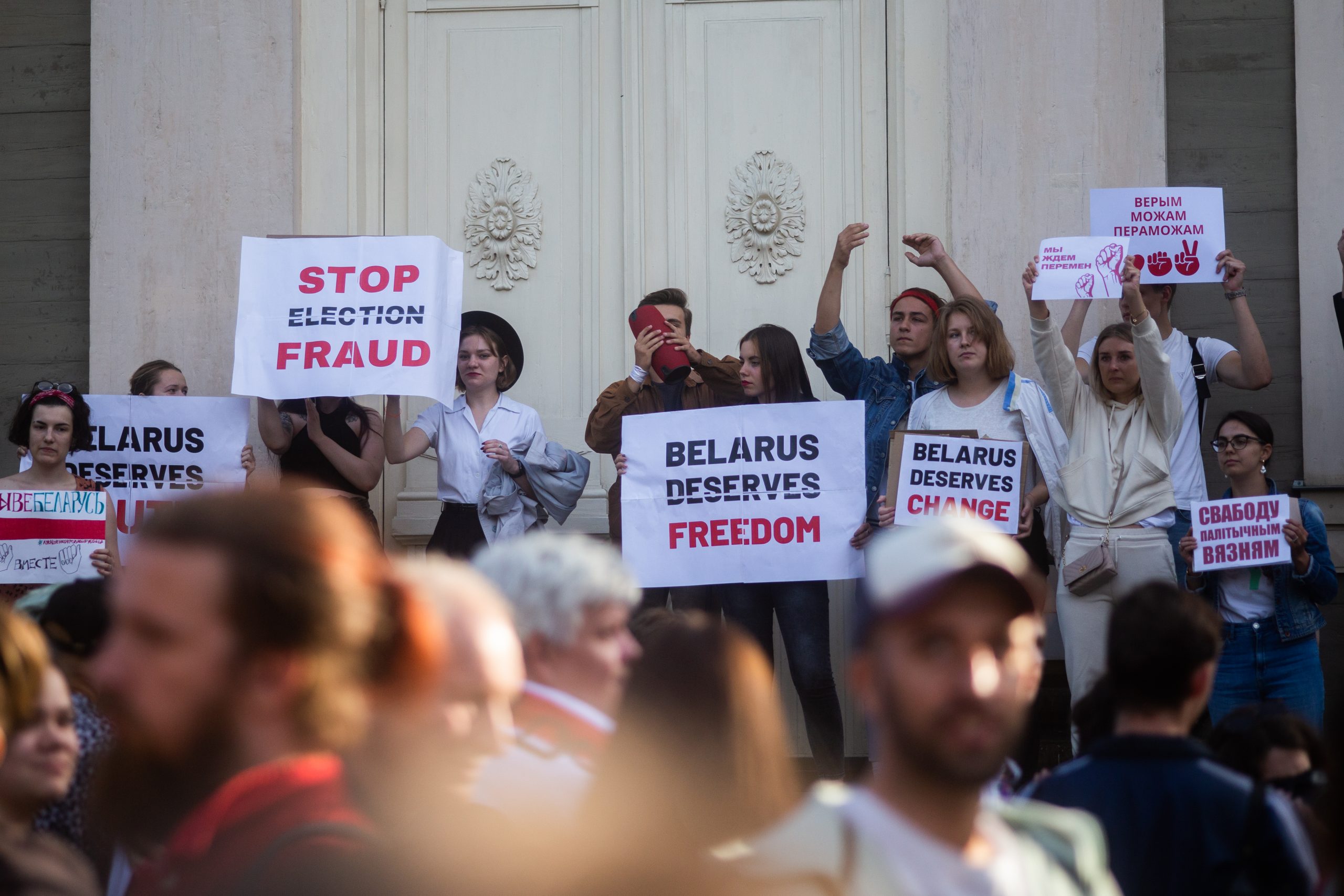 Hundreds of thousands of protesters have taken to the streets of Belarus in the weeks following the widely-disputed reelection of President Alexander Lukashenko.

Lukashenko, who has been dubbed “Europe’s last dictator,” first took office in 1994 and won his sixth term after declaring a landslide victory in the election on Aug. 9. Opponents quickly condemned the results as rigged, and independent observers, who agreed that the election not legitimate, were detained, harassed, or blocked.

Mass protests have erupted across the country every day following the election.

On Aug. 16, according to the Associated Press, as many as 200,000 people gathered to protest Lukashenko. The “Freedom March” may have been the largest demonstration in the country’s history.

Immense crowds,tens of thousands are gathering right now in #Minsk. People are still coming. They are protesting against #Lukashenko and police brutality. There's no leader but people are self-organised and peaceful. The plan was changed last-minute,but people knew where to come pic.twitter.com/XAePwZX4nA

Many were wearing red and white, the colors of the opposition, and carried balloons while shouting “Live Belarus” and “Leave” directed at Lukashenko.

Peaceful protests have turned violent as police officials attempt to crackdown on protests. At least two demonstrators have been killed and thousands have been detained. There are widespread allegations of torture and beating among those who were detained, intensifying public anger toward the government.

Women formed human chains to condemn the crackdown on protests and successfully turned away police in some cases. Motorists blared their horns and some tried to block police vehicles. People cheered in support of protests from their balconies as police fired rubber bullets towards them. Workers in state-own factories have gone on strike against the police treatment of protestors.

Independence Square becomes the place of daily protests and opposition gatherings. Thousands are there right now, and chanting "Go away! Go Away!" pic.twitter.com/9PtsuF0l6C

“For days the world has watched in horror as police in Belarus fire rubber bullets and tear gas, into crowds of peaceful protesters. It is now becoming increasingly clear that the bloody scenes on the streets of Belarus are just the tip of the iceberg,” said Marie Struthers, Amnesty International’s Director for Eastern Europe and Central Asia.

In response to calls for new elections, Lukashenko fired back saying, “we held the elections and until you kill me, there won’t be any new elections.” Lukashenko has secured the support of Russian President Vladimir Putin, who pledged “comprehensive assistance” to ensure the “security of the Republic of Belarus” if necessary.

The European Union announced that they would not recognize the results of election and will impose sanctions on officials responsible for electoral fraud and the violent crackdown of protests.

U.S. Secretary of State Mike Pompeo has stated the vote was neither free nor fair but has still not announced any immediate actions regarding Lukashenko.

Read more of Amnesty International’s on the ground coverage of what’s happening in Belarus.

Sign this petition to call for the protection of the rights to free expression and peaceful assembly in Belarus now.