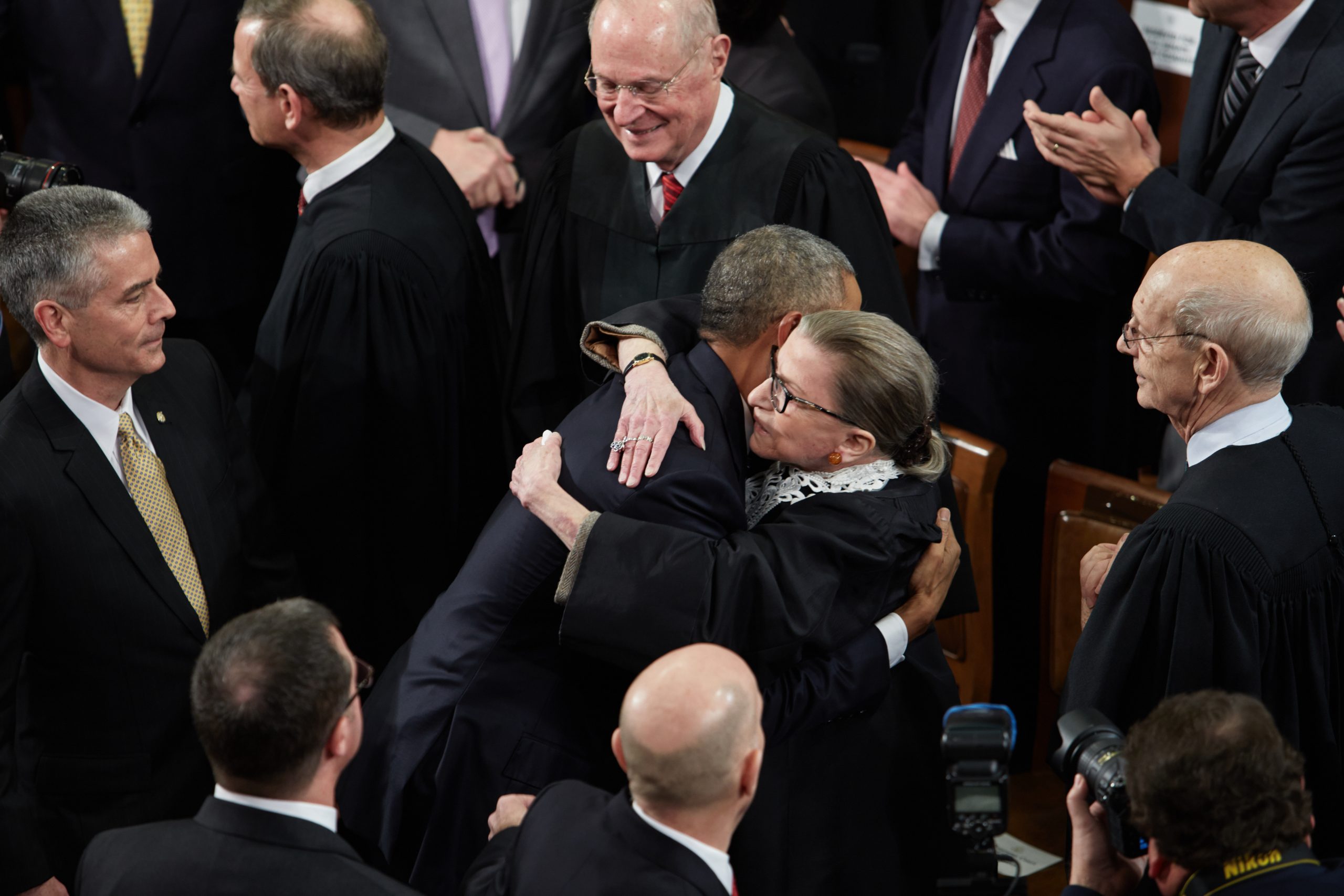 Justice Ruth Bader Ginsburg, who died at age 87 on Friday Sept. 18, delivered some of the most powerful court opinions during her time on the Supreme Court.

Here are some of Ginsburg’s most memorable opinions and dissents:

In this landmark case, early in Justice Ginsburg’s tenure on the Supreme Court, Ginsburg wrote the majority opinion striking down Virginia Military Institute’s male-only admission policy. The 7-1 ruling said VMI violated the 14th Equal Protection Clause because the policy “denies to women, simply because they are women, full citizenship stature–equal opportunity to aspire, achieve, participate in and contribute to society based on their individual talents and capacities.”

The 6-3 decision ruled that individuals with mental disabilities have the right to community-based housing under the Americans with Disabilities Act, rather than in institutions when treatment professionals determine that community placement is appropriate.

“Institutional placement of persons who can handle and benefit from community settings perpetuates unwarranted assumptions that persons so isolated are incapable or unworthy of participating in community life,” Ginsburg wrote.

In a 7-2 vote, Ginsburg’s majority opinion said South Carolina residents could still seek penalties for industrial pollution of local waterways even when the polluter eventually came into compliance.

“A would-be polluter may or may not be dissuaded by the existence of a remedy on the books, but a defendant once hit in its pocketbook will surely think twice before polluting again,” Ginsburg wrote.

“The extraordinary setting of this case has obscured the ordinary principle that dictates its proper resolution: federal courts defer to state high courts’ interpretations of their state’s own law. This principle reflects the core of federalism, on which all agree,” Ginsburg dissented. “Were the other members of this court as mindful as they generally are of our system of dual sovereignty, they would affirm the judgment of the Florida Supreme Court.”

Ginsburg delivered a scathing dissent from the bench in the 5-4 case that denied Lilly Ledbetter the right to sue her employer for gender-based pay discrimination because her claim came after the 180-day charging period.

“It is only when the disparity becomes apparent and sizable… that an employee in Ledbetter’s situation is likely to comprehend her plight and, therefore, to complain. Her initial readiness to give her employer the benefit of the doubt should not preclude her from later challenging the then current and continuing payment of a wage depressed on account of her sex,” Ginsburg wrote.

In 2018, Ledbetter commented on Ginsburg’s dissent in her landmark case, saying “I get chills and goosebumps today just thinking about it … knowing how fierce she was.”

In 5-4 ruling, the Supreme Court struck down a key section of the Voting Rights Act that required jurisdictions with a history of race-based voter discrimination to “preclear” changes to election rules with the federal government. The decision had immediate effects as Southern states implemented strict photo ID laws.

“The sad irony of today’s decision lies in (the court’s) utter failure to grasp why the (law) has proven effective,” Ginsburg wrote in her famous fiery dissent. “Throwing out preclearance when it has worked and is continuing to work to stop discriminatory changes is like throwing away your umbrella in a rainstorm because you are not getting wet.”