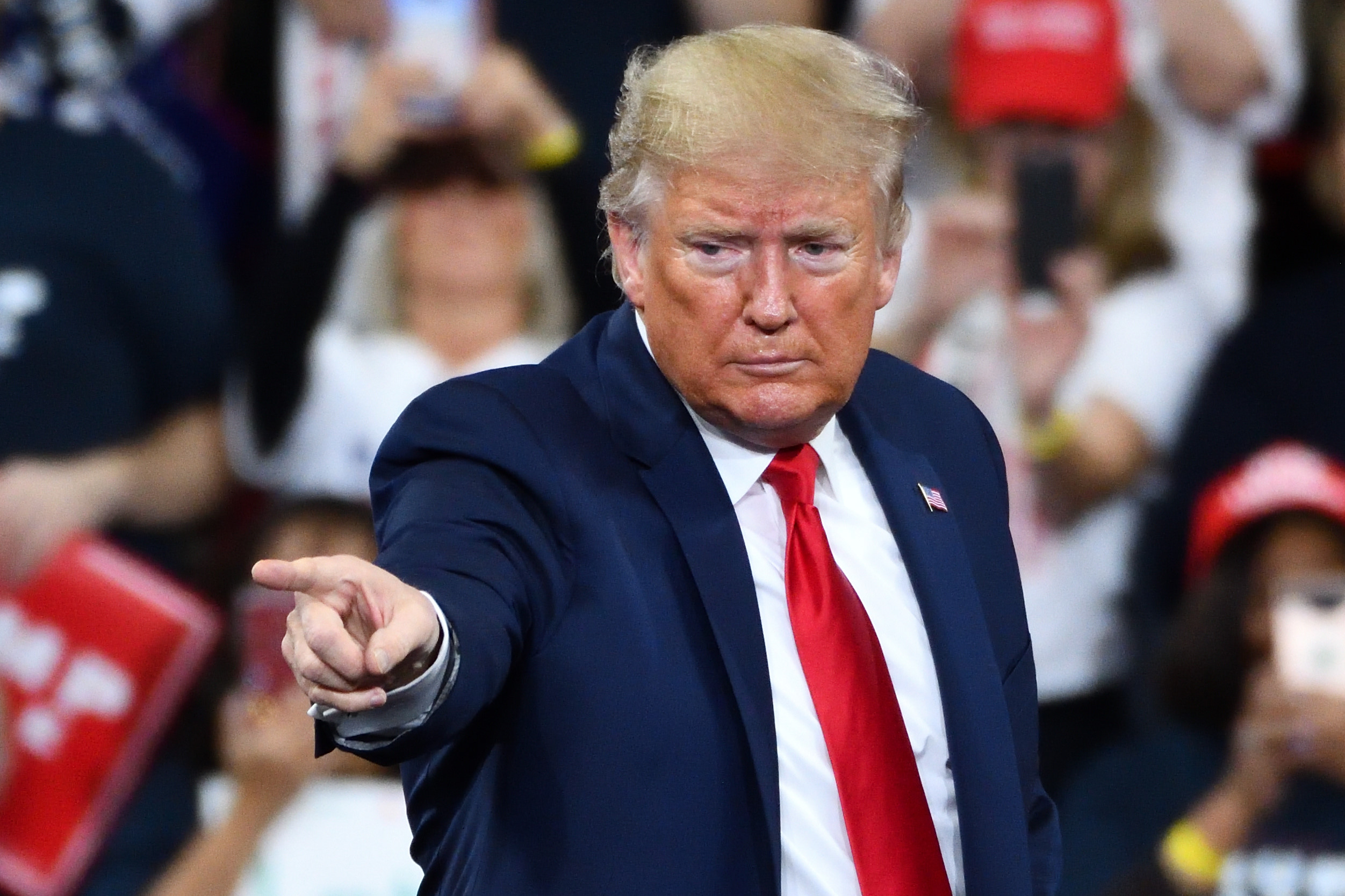 Since President Trump took office, he has significantly moved the country backward in terms of human rights at home and abroad.

At home, Trump and his administration have rolled back key initiatives meant to protect marginalized populations. Abroad, the president has actively supported governments with known records of human rights abuses.

“No president in living memory has shown less respect for its tenets, norms, and principles.” Freedom House President Michael Abramowitz said. “Trump has assailed essential institutions and traditions including the separation of powers, a free press, an independent judiciary, the impartial delivery of justice, safeguards against corruption, and most disturbingly, the legitimacy of elections.”

Article 14(1) of the Universal Declaration of Human Rights (UDHR), which was adopted in 1948, guarantees the right to seek asylum in other countries. The United Nations 1951 Convention and 1967 Protocol, as well as U.S. law, all outline obligations for countries to provide protection to those who qualify as a refugee.

Trump and his administration have completely disregarded the U.S.’s legal commitment to protect refugees and have repeatedly trampled on the right to seek asylum.

A week after Trump first took office, he announced a travel ban from Muslim-majority countries. After various protests and court cases, an amended version of his “Muslim ban” was put in place to severely limit immigration from countries out of xenophobic fear.

Similarly, in 2018, Trump announced banning undocumented migrants who crossed the southern border from applying for asylum which violated the law and had serious consequences on migrants who are fleeing persecution or poverty.

The administration ruled that domestic and gang violence are not grounds for asylum in the U.S., making it easier for immigration services to deport survivors of human trafficking and domestic abuse. The administration also sent asylum seekers to wait in Mexico or their home while their cases were being processed, keeping them in the dangerous situation from which they were trying to flee in the first place. Trump and his allies are separating families and detaining asylum-seekers indefinitely.

And this is just the tip of the iceberg on the long list of abuses by Trump and his administration.

It has been more than two years since migrant families started being torn apart at the US-Mexico border. At least 4,300 children have been separated from their parents or guardians under Trump’s orders.

Government records obtained by the American Civil Liberties Union and University of Chicago Law School International Human Rights Clinic show border agents hitting or kicking children, threatening to kill or rape them, and shooting them with tasers during apprehension.

In custody, the abuse continues. Children are kept in freezing rooms with no blankets, food, or clean water, refused critical medical care, must sleep on concrete floors in overcrowded cells, and are often physically and sexually assaulted.

Some border officials have administered psychotropic medication, sometimes forcibly, to migrant children without consent. This abuse is emboldened by Trump’s actions and his administration offensive immigration policies.

Under the Trump administration, parents are being deported without their children or must voluntarily deport in order to be reunited with their children. The administration even admitted they are unable to reunite families, orphaning thousands of children after holding them in prison-like conditions.

The Trump administration has eliminated reporting on reproductive rights from the U.S. State Department’s annual Country Reports on Human Rights Practices. It has also cut funding to the U.N. Population Fund and withdrew from the World Health Organization.

Trump’s attack on the Affordable Care Act (ACA) allowed employees to deny contraceptive coverage on “religious (and moral)” grounds. The ACA’s free contraceptive requirement serves an estimated 62 million people and helps them save $1.4 billion in out-of-pocket costs on birth control in one year alone.

Trump and his administration have rolled back critical civil rights protections in the rule implementing Section 1557 of the ACA. The change now allows insurance policies and health care services to deny services on the basis of gender identity, permitting discrimination against transgender individuals. Recently, a federal judge blocked the Trump administration from ending health care protections for LGTBQ people.

Trump has also taken his fight to end reproductive rights to the global stage. In 2017, one of his first acts as president was a Global Gag Rule that blocked federal funding for international NGOs or international health care service groups that provide safe and legal abortion services, or even provide information or counseling related to abortion as part of comprehensive health care. Trump’s gag rule will impact $8.8 billion in global health programs, including those related to HIV/AIDS, malaria, and child health.

As part of Trump’s cruel immigration detention practices, some migrants detained at an Immigration Customs and Enforcement detention center have undergone non-consensual mass hysterectomies according to a whistleblower complaint.

Trump has a long history of racism from his racist language to his refusal to denounce white supremacy. His racism is reflected in policies as well.

Trump and his administration have rolled back on an Obama-era Fair Housing Rule which is meant to eliminate racial housing discrimination and segregation. He bragged about pushing out low-income housing from suburban areas and leaving many families of color unable to own a home. And he has gutted the Department of Justice’s Civil Rights Division, limiting its ability to fight any forms of discrimination against Black Americans.

The administration has stopped an Obama-era rule that requires large companies to report how much they pay workers by race and gender, essentially allowing pay disparities between gender and racial groups to persist without accountability.

Communities of color will also be most impacted by Trump’s cuts to the Environmental Protection Agency and his rollbacks of environmental protections.

Racial discrimination is a systemic problem, and it has been for decades, but, under Trump, racism has been emboldened and enforced by his words and policies as hate crimes to reach a 16-year high under his administration.

In its foreign policy, the Trump administration pushed away key allies, undermined global diplomacy and multilateral institutions, and partnered with abusive governments.

Trump warmly embraced North Korea’s totalitarian leader, Kim Jong Un; praised India’s Prime Minister, Narendra Modi, despite evidence of severe violence against Muslim minorities in his country; and is infatuated with Russian autocrats, who have a long history of domestic repression and committed war crimes in Syria. Yet he also sanctioned some international leaders accused of mass violence, only when it suits his administration’s interests.

Under the Trump administration, the U.S. is no longer a voice of authority on abuses in other nations when its own policies are violating human rights at home. Like the autocrats he praises, Trump continues to threaten free and open elections even as millions of Americans have already started voting. As the nation heads towards most of the most consequential elections in recent history, Trump’s record on human rights, among many other things, is on the ballot.

Sign this petition asking that the major news outlets uphold the true results of this presidential election by not calling the winner early.