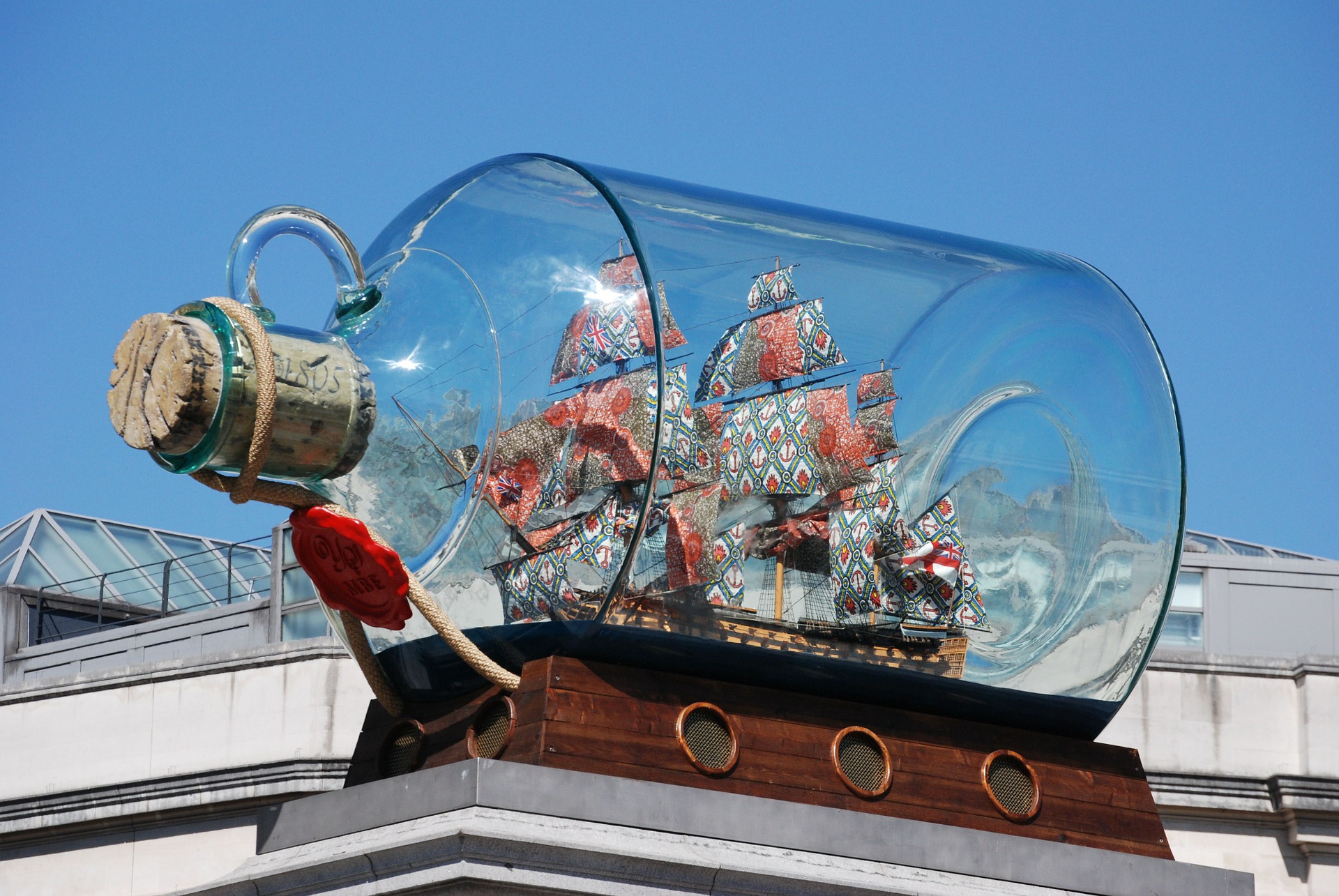 Art history, like any historical canon, is largely whitewashed in favor of colonizers and imperialists. From the African tribal masks that were looted and are still on display in European museums to the sculptures representing Black suppression that still contentiously stand in the United States, the history of Black art is one of marginalization, violence, and resilience. Fortunately, Black artists are gaining the recognition and notoriety they deserve, though are still fighting against the same cultural climate that systemically works against them. Below are 10 contemporary Black artists whose work continues to shape and inspire the art world.

Starting off this list we have Kehinde Wiley, a painter, sculptor, and stained glass artist who is well known for elevating the images of ordinary Black figures. One of his most well-known series takes contemporary Black individuals and inserts them into renowned works from the European canon of art. In contrast to the monarchs or iconic mythological characters, the subjects featured in Wiley’s paintings are often portraits of people he meets on the streets of New York. By inserting these ordinary people into these iconic works of art, Wiley subverts the conventions of classic art. He challenges the idea of who gets to be portrayed in grand, large scale paintings. He challenges the art world itself, which has so frequently excluded dignified depictions of Blackness. Similar themes are present in his stained glass series, in which Wiley inserts these ordinary Black figures into recognizable religious scenes.

Regardless of medium, Wiley works on a large scale. The size of his work imbues his subjects with a sense of monumentality that demands to be seen and confronted. His unique style of incorporating natural motifs such as plants and flowers gives his paintings a whimsical and ornate feeling, which was most notable in his presidential portrait for Barack Obama.

If you want to learn more about Wiley’s works, be sure to check out his Rumors of War sculpture and his Bound sculpture.

Simone Leigh is a multimedia artist who is most known for her monumental sculptures. These sculptures focus on the Black female form and blend elements of African art history, both past, and present, including the use of many premodern techniques of art. Leigh draws on a variety of sources when creating her art, such as feminist and post-colonial theory, as well as ethnographic research. Her sculptures of Black femmes often lack eyes, giving them a universality and reliability, yet maintaining Leigh’s distinctive and unique style. Her elevation of the Black femme experience, along with these premodern methods of art-making, is a direct counter to the centuries of white-washed art historical practice.

Leigh also freely engages with radical political movements, such as those organized by the Black Panther Party. In 2014, one of her projects was the Free People’s Medical Clinic, whose namesake was an initiative by the Black Panther Party in response to the systemic discrimination against Black people in hospitals and other medical settings. In Leigh’s reimagining, she further examined the intersections of race and public health and emphasized how these disparities are still present in contemporary society.

Leigh has had a prolific career thus far and has won numerous awards and prizes for her work, such as the Hugo Boss Prize in 2018. If you live in New York City, you can see her enormous Brick House sculpture in person on the Spur of The High Line.

Kara Walker is a painter, sculptor, and silhouette artist. Her art examines the intersections of race, gender, sexuality, and violence. In contrast to many other artists who emphasize the beauty of Blackness, Walker often explores the violent pasts of anti-Blackness throughout history. She creates art that makes the viewer uncomfortable; for example, in Darkytown Rebellion, Walker creates a dynamic, nightmarish scene composed of about a dozen silhouette figures. A projector flushes the scene in several washes of color and depending on where the viewer stands, the projector might thrust their shadow into the scene. By implicating the viewer in the scene, Walker forces them to reconsider their own place in such a violent history. Because of her unabashed willingness to take risks and explore unpleasant, distressing aspects of history and Blackness, Walker has even been the subject of controversy and censorship.

Kerry James Marshall is a painter known for his style of painting dark black figures. In an interview with Vogue, explains his distinctive color choice: “If you say, ‘Black is beautiful,’ you have to show it. And what I’m doing is showing it at the extreme. Yes, it is black—very black—and it is very beautiful.” Similar to his contemporary, Kehinde Wiley, Marshall is highly aware of the Old Masters of art history and engages with them by questioning the trajectory of art in the present, specifically as it relates to the erasure or elevation of Black individuals. In addition to the Old Masters, Marshall draws on literature, such as Ralph Ellison’s Invisible Man and history, both recent, such as the presidency of Barack Obama, and the (not-so-)distant past, such as slave rebellions.

Toyin Ojih Odutola is a visual artist known for her multimedia drawings. Her style is incredibly distinctive and involves many fine markings that give her figures a unique textural element. Rather than using paint, which is the most common medium for creating large-scale works, Odutola often opts for pen, charcoal, and pastels. This combination of textures also adds to the dynamism of her art.

Odutola is known for her depictions of Black individuals, such as in her exhibition “To Wander Determined.” In an interview for the Whitney, where this exhibition took place, Odutola explains her motivation for creating this series: “Oftentimes in history, particularly fine art history and the visual arts, you see black bodies traveling in the purpose of servitude. They’re not traveling for themselves, and it’s very rare to see [the depiction of black bodies traveling freely] in art.”

Wangechi Mutu is a painter, sculptor, and collage artist whose artwork evokes feelings of otherworldliness and whimsy. Mutu’s collages are inspired by the Dadaist movement, and she clips pictures from a variety of sources such as nature magazines, fashion magazines, pornography, and medical literature. When she renders the female body, she often incorporates questions of multiculturalism, hybridity, objectification, isolation, and ‘otherness.’ Mutu’s complex scenes require a certain degree of meditative examination. Her work has inspired conversations pertaining to Afrofuturism and the larger Afropolitan movement. The Metropolitan Museum of Art acquired her sculptures The Seated I and The Seated III in 2019, and both are still on display outside of their iconic Upper East Side building.

Yinka Shonibare is a British-Nigerian multimedia artist whose work explores colonialism, globalization, and cultural identity. Some of his most recognizable works are his sculptures of headless figures wearing vibrant, patterned clothing and arranged in a variety of tableaux. Inherent to the fabric Shonibare uses in these works is a complex cultural history. These fabrics have strong associations with African fashion, however, they are a product of colonization and appropriation. The patterns were taken from motifs found on traditional Indonesian garments and mass-produced by Dutch companies who sold them in the African countries they colonized. Shonibare often incorporates this culturally confused fabric into his reimagined scenes from the art historical canon, such as The Swing (after Fragonard).

Shonibare’s artmaking process is both unconventional and inspiring. Due to his disability, he works with a team of people to help bring his ideas to life. His prosperous career is a testament to the fact that regardless of physical ability, anyone can be a great artist as long as they have a vision.

Delphine Fawundu is a photographer and educator who co-founded MFON: Women Photographers of the African Diaspora, a publication that is “committed to establishing and representing a collective voice of women photographers of African descent.” Fawundu’s most recent exhibition, The Sacred Star of Isis and Other Stories, delved into her experience as the only child in her family born in America. Her photos explore the “tension between her family’s traditional Mende beliefs (Sierra Leone) and Westernized values.” Similarly, by placing Black bodies as the central focus of the image, her work pushes back against the marginalization and erasure of Black individuals from various cultures.

In contrast to the other artists on this list, Julie Mehretu is an abstract artist. Though her work is composed of dynamic lines, colors, and architectural sketches rather than human figures, political messaging pervades her canvases. She draws on a myriad of subjects and ideas including literature and music as well as contemporary events. Mehretu’s work reflects her concern for the social issues plaguing us today, from the havoc of climate change to the violence of capitalism to the disturbing mainstream acceptance of fascism. Her work challenges the viewer to look past the overt and feel the emotion behind her gestural and expressive works. Mehretu tends towards the massive. Her paintings dominate whatever space they are presented in and can easily overwhelm. This audacious grandeur adds to the urgency of her work’s political messaging. Her art reflects the complex topics she draws upon, demanding not only attention but time. Since her art is so large, her pieces are nearly impossible to take in all at once, rather the viewer must take the work in section by section until each component can be deliberated on and pieced together.

Adrian Piper’s prolific career is perhaps the most difficult to distill for the sake of this list. She is primarily known for her conceptual and performance art, which began in the early 1970s. Concepts of Blackness, white supremacy, and imperialism have always been prevalent throughout her work, but in comparison to many of the other artists on this list, Piper’s art is rooted in her own identity and philosophy. Piper, often the subject of her artistic endeavors, uses her art to work through personal experiences and introspections and relate them to larger, more systemic issues. For example, one of her first performance art projects was the genesis of her alter-ego, the Mythic Being, for which Piper donned an afro wig, mustache, and men’s clothing. Piper’s performance of race, gender, and sexuality merged with incantations of innocuous journal entries from her past, which she took to the streets of New York City. From her early performance art, Piper became more and more political. Her art is often uncomfortable, confrontational, and controversial. She occasionally becomes preoccupied with phrases, such as Pretend not to know what you know. This phrase has been used in her artwork to juxtapose images of happy, white Americans with scenes of violence, starvation, and anguish experienced by Black people and other people of color. Her oeuvre is expansive and captivating and absolutely warrants further investigation. Aside from her art, Piper is herself is a fascinating individual. Since the late 1980’s she’s forgone meat, sex, and alcohol. In 1981, she achieved a Ph.D. in philosophy from Harvard University. In 2005, after finding a mark on her plane ticket she believed she had been placed on a government watch list. This paranoia led her to spontaneously escape to Berlin and she has not entered the U.S. since.