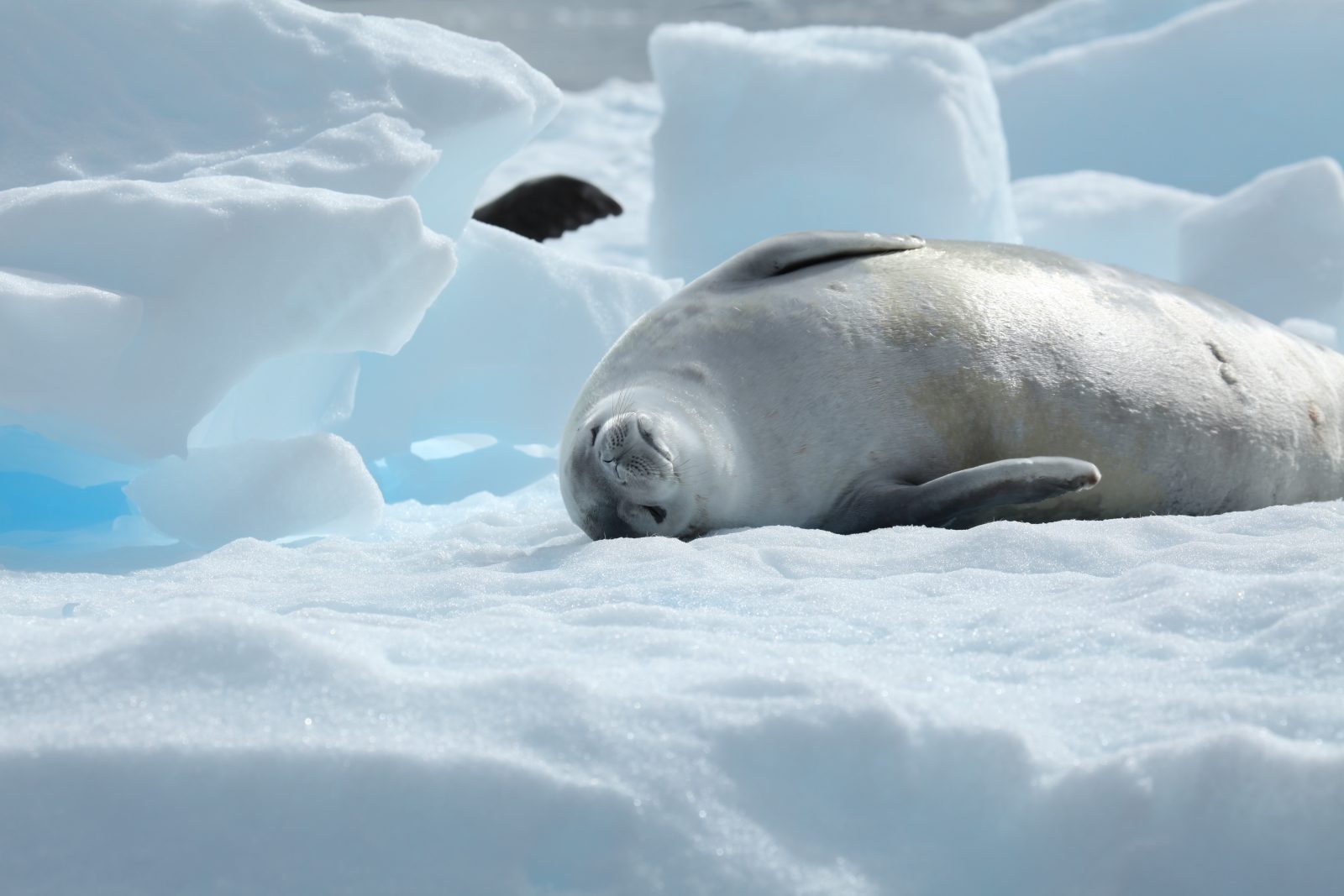 Every year as it approaches winter on the Antarctic continent, the sun dips gradually lower toward the horizon, it’s parabola lengthening to an ellipse before finally dipping beneath the surface, plunging the southern tip of the planet into a perennial twilight.  With the warmth of the sun rescinded, the continent roughly doubles in size as the seas directly adjacent freeze into a block of ice ten feet deep, only to melt and shatter into a kaleidoscope of geometries as varied as the Antarctic is bleak.

You might think that such a desolate landscape might be bereft of much life, but the Antarctic supports several rare and unique species, some of which can only be found on the continent. 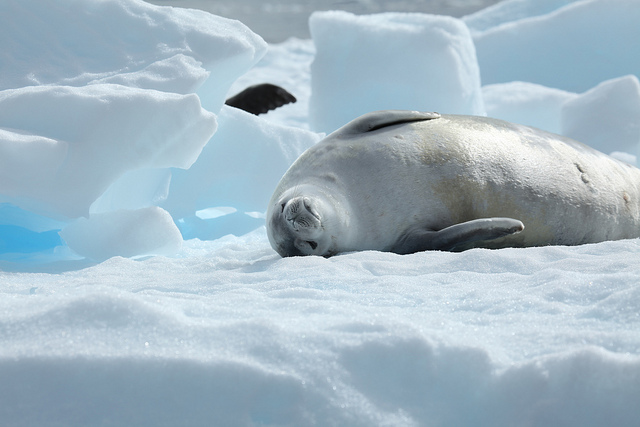 One area, in particular, Ross Sea, has recently been identified as being one of the most species-rich areas at either end of the poles, harboring some 16,000 species. Deep in the lurid blue of this vast sea, which is roughly twice the size of Texas, are fish with antifreeze for blood, one of which is the only organism anywhere in the world whose blood is white instead of red. There are penguins that sustain the equivalent of a human heart attack during each dive, their heart rates slowing to as low as three beats per minute, allowing them to use as little oxygen as possible so they can remain submerged, hunting for food. And the food supply is abundant; the Ross Sea is the most abundant area of primary production in much of the Antarctic region.  Tiny unicellular phytoplankton and krill with translucent skin form the bottom tier of the food chain, supporting giant minke and killer whales, seals, penguins, birds, and squid, including the colossal squid, which can measure up to 45 feet in length.

Because of its remote location, far from any human activities, Ross Ocean is “the least altered marine ecosystem on Earth.”  Scientists, environmental groups, and several countries have advocated for the conservation of the area, which is at risk due to overexploitation and global climate change, but pushback from both China and Russia, voicing concerns over access to fishing and oil grounds, meant that any sort of legal protection was stalled. But in 2010, 500 scientists signed a letter urging those in power to take action, after which both the U.S. and New Zealand spearheaded a fresh attempt to designate the Ross Sea as a protected area. The culmination of their efforts is 432,000 square miles of ocean in which fishing will no longer take place, and an additional 166,000 square miles in which only sawtooth fishing will be allowed, regulations which will go into effect December 1, 2017.  The total area of 598,000 square miles makes the Ross Sea marine reserve the largest in the world, surpassing the last record set by President Obama when he expanded the Papahanaumokuakea Marine National Monument earlier this year. 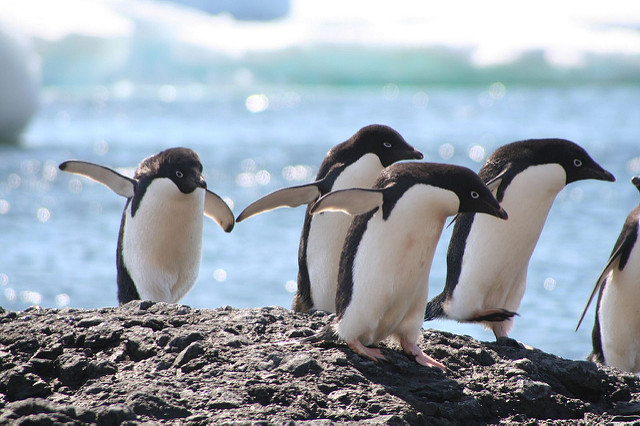 The Ross Sea is set to be protected for the next 35 years, after which the provision dedicating its waters as a reserve will be reconsidered. During that time, the sea will be safe from overfishing, which would reduce the available food supply for top predators. The reserve won’t be protected from the effects of climate change, however. The Antarctic Peninsula, north of Ross Sea, has experienced a rise in temperature of about 2°C since the 1940s, whereas average global temperature increase has been between .4 and .8°C since the late 1800s. The changes in temperature have caused ice shelves to retreat and shatter around the peninsula, dumping several billion tons of ice into the ocean, contributing to sea-level rise.

Ocean acidification occurs from the absorption of increased amounts of carbon dioxide in the atmosphere, which will doubtless affect Ross Sea, but the creation of the reserve also gives scientists an unparalleled location to look at the effects of climate change in an area that is otherwise free of anthropogenic disturbance. Whatever changes occur at the poles in the coming decades will affect every other part of the planet, and the creation of the reserve will not only give the animals living there a fighting chance to cope with those changes, but it may allow scientists to better understand how climate change will affect the rest of the Earth as well.

While we might not all be able to protect this massive marine haven in the same way the government or scientists can, there are many things we can do.

While the carbon emissions of large industries like coal and oil need to be regulated, as an individual you have an incredible opportunity to start reducing your own carbon footprint. People are making small changes every day like choosing to walk or bike to work rather than driving, seeking out recycling bins for plastic waste, and even being mindful of the impact of their consumption choices. In keeping with this theme of doing small things, there is another solution that can have an enormously positive impact for the planet – and, it might just be the simplest one yet: changing the way you eat.

The United Nations Food and Agriculture Organization (FAO) estimates that livestock production is responsible for 14.5 percent of global greenhouse gas emissions, while other organizations like the Worldwatch Institute have estimated it could be as much as 51 percent. We all have the chance to lower our personal carbon footprints every time we sit down for a meal. By opting to eat fewer meat and dairy products in favor of plant-based alternatives, you can literally halve your own carbon footprint – yes, halve! To learn more about how you can use your food choices to benefit the planet, join One Green Planet’s #EatForThePlanet campaign.

Plastic pollution also poses a major threat to the world’s oceans. It’s estimated that we dump 8.8 million tons of plastic into the oceans every single year. Around 700 marine species are in danger of extinction due to plastic pollution, and the only way to maintain a healthy marine ecosystem is to lower the amount of pollution getting into global waters. While efforts are being made to remove debris from the oceans, improve recycling systems, and innovate barriers to prevent plastic from getting into waterways, we can all take action in our daily lives to stop plastic waste at the source. To learn more about how you can start today, join One Green Planet’s #CrushPlastic campaign.