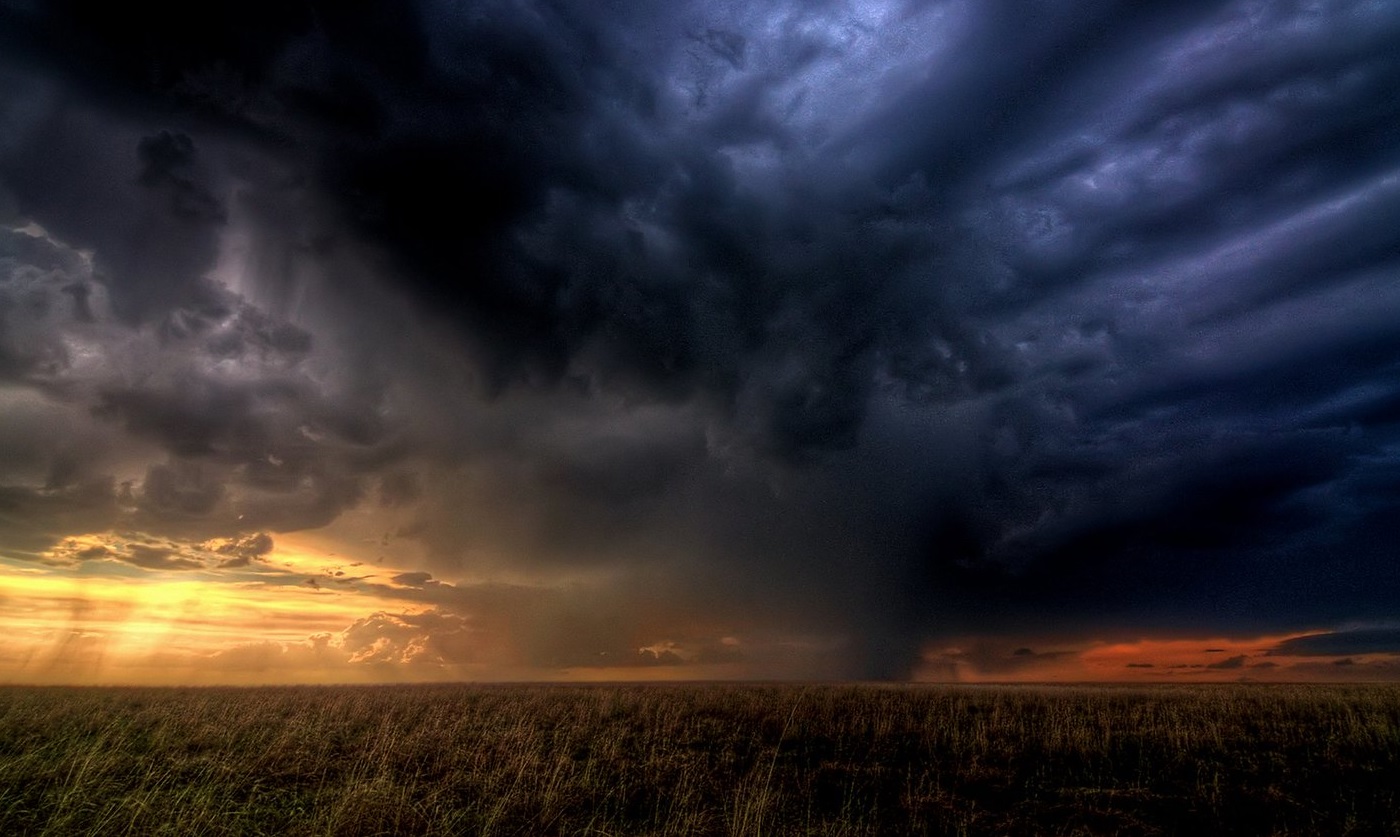 Geoengineering is generating a significant amount of attention in 2021. The term refers to large-scale manipulation of the earth’s natural systems in an attempt to limit global warming. In short, it’s a practice that the phrase “playing god” could have been made for.

The idea that geoengineering could be a solution to the climate crisis may be attractive. Indeed, US climate envoy John Kerry noted one of its major pulls in comments he made during an interview in May. The BBC‘s Andrew Marr had raised the need for the US to reduce its consumption, particularly meat consumption, in order to reach its climate goals. However, Kerry argued that people “don’t have to give up a quality of life.” Instead, he championed the role that technologies, including ones “that we don’t yet have,” can play in tackling the crisis.

In those remarks, Kerry communicated one of the central allures of geoengineering: that it’s somehow a magic bullet that will enable a proportion of people, namely the richer ones, to largely avoid changing their ways (for the time being at least). These are the very ways that have to a great extent caused the environmental emergency. So, as executive director of the Internews’ Earth Journalism Network, James Fahn, has pointed out, geoengineering promises to treat the “symptoms” of the climate crisis, not the “proverbial disease.”

There’s currently a non-binding global moratorium on geoengineering, aside from some exemptions for research. But there’s also serious concern over whether keeping global warming below 1.5C, which is a key aim in the Paris Agreement on climate, is possible with current levels of political action, or lack thereof. Some argue 1.5C warming will be a reality as soon as the 2030s. As the Climate Reality Project explains, that threshold of warming is where scientists predict “climate impacts we already see today begin to go from bad to outright terrifying.” So calls for ramping up research on geoengineering, and attempts to test out these “playing god” technologies, are on the rise.

The proposed, or imagined, technologies involve the manipulation of the air and the ocean. Some of them involve the land too. As the Action Group on Erosion, Technology and Concentration (ETC Group) says, the aim of geoengineering roughly divides into three categories: reducing the amount of sunlight hitting the earth, capturing (sequestering) greenhouse gases like carbon dioxide that contribute to global warming for storage or use, and modifying the weather.

Proposals for manipulating the air, or atmosphere, to reduce the amount of sunlight reaching the earth, include Stratospheric Aerosol Injection (SAI). This involves the release of aerosols, such as sulphur dioxide, into the atmosphere to partially block solar radiation.

Other sun-blocking proposals would require the creation of a “giant space umbrella” or the projection of trillions of little “sunshades” into space. Marine Cloud Brightening (MCB) is a further technique under discussion and subject to trials. In MCB, clouds would receive injections of particles, such as “salt from seawater droplets or bacteria,” in order to whiten them further or boost cloud cover.

Alternatively, there are suggestions about thinning certain clouds, known as Cirrus Cloud thinning, in an attempt to allow more heat to escape from earth, rather than blocking sunlight.

One of the central geoengineering proposals relating to the sea is Ocean Fertilisation. This is based on the idea that carbon can be removed from the air and absorbed in the ocean by stimulating the growth of plankton. As Nasa points out, phytoplankton are “plant-like organisms” that are “the foundation of the aquatic food web.” They also “consume carbon dioxide on a scale equivalent to forests and other land plants” via photosynthesis. So Ocean Fertilisation proponents advocate putting iron or other nutrients into the ocean to enhance their growth. Artificial Upwelling, whereby people force nutrient-filled water from the deep ocean to the surface, is a further proposal aimed at enhancing plankton.

Additional ideas related to carbon dioxide are dumping chemical carbonates into the ocean to try and increase its alkalinity, known as Ocean Alkalinity Enhancement (OAE). This could boost its ability to absorb carbon.

Other suggestions include covering sea ice with glass “microbubbles” to deflect sunlight and so limit ice melt.

Trees sequester carbon, so plans for geoengineering on land include reforestation and afforestation. The latter is the creation of forests in places that traditionally don’t have them. Proposals to capture and store carbon abound too. They range from sucking carbon directly from car exhaust pipes to extracting it straight from the air. Bioenergy with Carbon Capture and Storage (BECCS), meanwhile, relates specifically to the capture of carbon from controversial bioenergy sources. This is energy created from the burning of plant material, such as wood.

There are also a number of ideas centred on making areas of land lighter, in an effort to reflect the sun. These include covering deserts with a white film, painting white “blankets” on mountaintops, and clearing boreal forests so they become “white deserts.”

Bioengineering proposals that share the same goals as geoengineering, i.e. addressing the climate crisis, are also gaining in pace. These ideas center on the engineering of biological organisms, aka editing life-forms. In 2020, for example, scientists from the US and Israel discussed how they could engineer plants to make them bigger greenhouse gas removers. One suggestion was engineering plants to be able to “fix” nitrogen, so they can convert nitrogen gas into a form they can use for protein production. Currently, only legumes can do this, thanks to the assistance of bacteria. But if more plants and crops could fix nitrogen, they could capture the greenhouse gas nitrous oxide from the air.

Bioengineering isn’t limited to flora either. There are also, for example, ideas for editing the genes of cows to engineer individuals who produce less of the greenhouse gas methane.

This is by no means an exhaustive list of geoengineering, or bioengineering, proposals, and ideas. But it does illustrate the scale of manipulation of the earth’s systems and life-forms that are under consideration.

Concerns abound about the impact deployment of these technologies could have. Scientists, for example, have warned that SAI’s particles could acidify the ocean further, increase coral bleaching and kill off more reefs. Ocean acidification is already an issue that’s majorly affecting the ocean and is a result of increased carbon dioxide. According to the US National Oceanic and Atmospheric Administration (NOAA), ocean acidification could ultimately contribute to putting the entire ocean food web at risk.

Meanwhile, as Carbon Brief reported in 2017, a study has warned that SAI deployed in one area of the world could “spark droughts and hurricanes” in other parts of the world. However, a further study argued that it could be possible to avoid such consequences. There are also fears that Ocean Fertilisation could spur toxic algae blooms and dead zones in the ocean.

Furthermore, the introduction of masses of glass “microbubbles” to ocean ecosystems, and the blanketing of land-based ecosystems to turn them white, could of course have serious implications for living inhabitants in those areas.

A number of countries around the world already manipulate clouds in an attempt to alter the weather. They “seed” clouds by spraying chemicals, such as silver iodide, into them. Proponents claim such geoengineering is safe and effective in producing the desired weather effect, like increased rain. But there are doubts over its effectiveness. There are also concerns over the impact such technology can have on the health of humans and other animals, particularly aquatic ones. Overall, it appears that there are yet no definitive conclusions on what the long-term environmental cost of cloud seeding might be. The fact that those conclusions weren’t determined prior to relatively widespread use of the technology should raise concerns about whether rollouts of other geoengineering technologies will pay sufficient regard to the potential impact on biodiversity and ecosystems.

Meanwhile, companies currently involved in building a “direct air capture” facility in Texas have plans to inject much of the captured carbon dioxide “into old (oil) wells in the Permian Basin to force up remaining oil,” according to Grist. This illustrates that some geoengineering technologies may not be exclusively be put to climate-saving ends.

In 2017, the ETC Group, the Heinrich Böll Foundation, and Biofuelwatch produced a report on geoengineering called The Big Bad Fix. In it, they drew their own conclusions about many of the geoengineering proposals. They asserted that “each of the proposed geoengineering technologies threatens people and ecosystems.” They further argued that “Holistic assessments of the technologies also show that if deployed they are highly likely to worsen rather than mitigate the impacts of global warming.”

As Fahn also noted, what’s particularly “scary” about all these grand ideas “are the potential unknown impacts.” He warned that the “history of human intervention in the biosphere has not gone well.” Worse still is the fact that understanding whether the proposed technologies can do as intended would in a number of cases require “full-scale implementation” of them. That of course means that any unforeseen negative side-effects of such implementation would happen at “full-scale” too, whether the technology achieved its goal or not.

The Big Bad Fix also raised the “irreversibility, risk of weaponization, and implications for global power dynamics inherent in large-scale climate geoengineering” as issues. The report concluded that geoengineering is “an unacceptable option.”

Anthropologist of development and the environment, Peter Sutoris, argues that even if (that’s a big if) all these technologies worked like a charm, relying on them “will not have fixed our mindsets.” He says this mindset is extractivist, centered on the belief that “the Earth is ours to exploit” and the “nonsensical idea” that infinite growth is possible on a finite planet. As Sutoris notes, many indigenous peoples don’t view the planet in this way. Instead, they understand that there are environmental limits and recognize that “caring for the environment” is “simultaneously an act of self-care.” They are also, meanwhile, among the fiercest critics of geoengineering.

Sutoris says that believing that humanity can engineer its way out of the climate crisis misses the “key lesson” of our perilous age: “that dealing with planetary-scale processes calls for humility, not arrogance.” To put it another way, the people responsible for the crisis – largely richer people in the West – can either recognize that they can’t and shouldn’t try to “beat” the natural world and opt for a respectful relationship with it instead (humility). Or they can double down on the mindset that insists “the Earth is ours” and ramp up efforts to control it (arrogance).

Geoengineering, and bioengineering, largely fall into the arrogance category. That’s one of many reasons, such as the known and unknown existential risks involved, why people shouldn’t rely on the idea that we can engineer our way out of the crises at hand.