Why Replacing Beef With Chicken Isn’t Better For the Planet 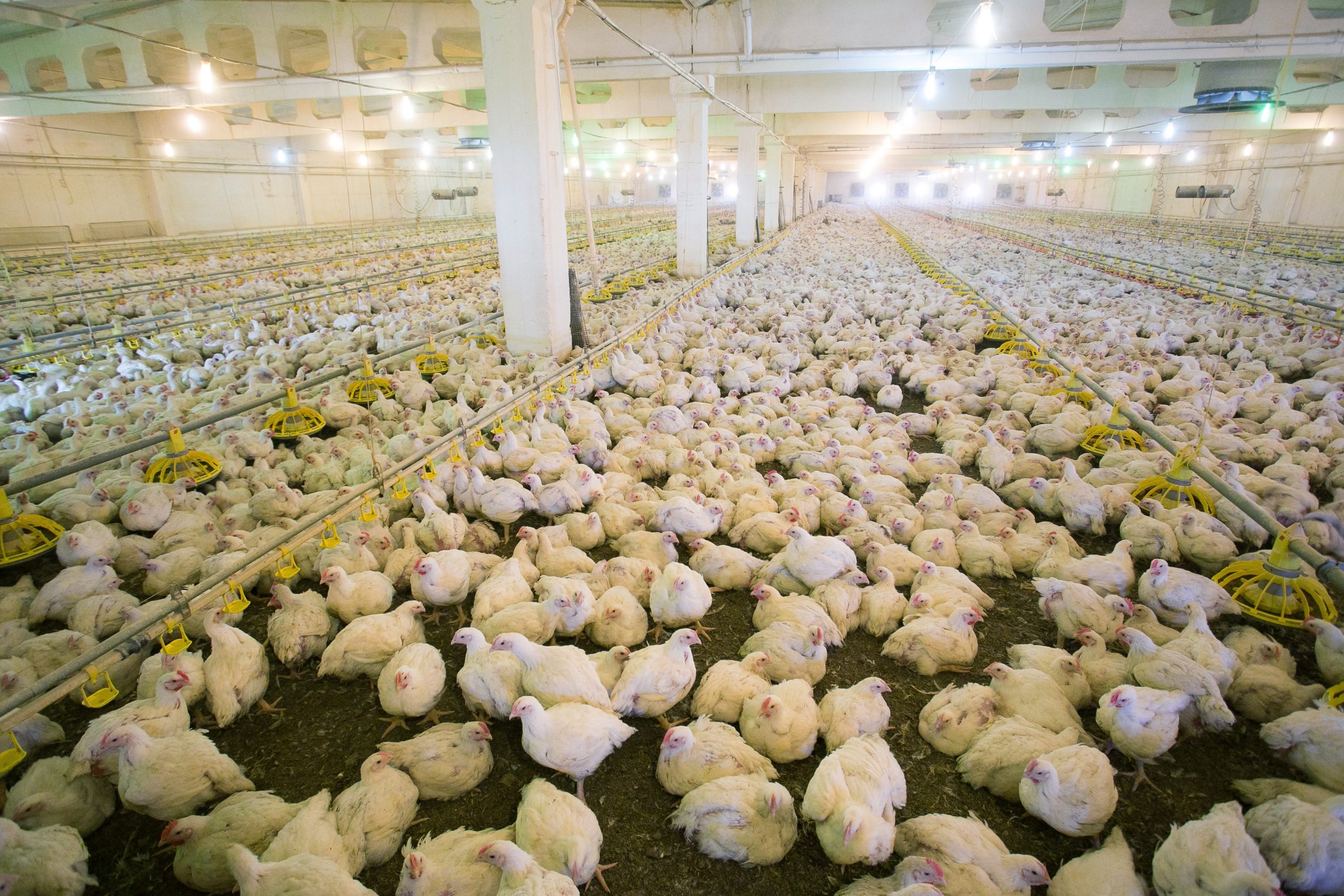 Most people understand that cows are bad for the environment, but what about chickens? Cutting out red meat is a great start, but it isn’t really enough. The poultry industry is also incredibly environmentally destructive, so eating chicken isn’t the eco-friendly swap many would like to believe.

The Food and Agriculture Organization of the United Nations (FAO) put together a detailed report on how poultry production affects the environment and anyone who has the misfortune of living near one of the industry’s giant farms or slaughterhouses. This piece is based on that research.

A poultry farm is a burden to its local area. One big issue is the smell, and because these farms stink so much, they attract flies, rodents, and other pests that carry disease or inconvenience surrounding populations.  Poultry farm waste, like manure, carcasses, feathers, and bedding or litter also stink even when fresh, but especially when they begin to decompose. When the dead bird bodies begin to break down, they release nutrients, pathogens, and other components which may pollute the water and soil.

Feeding the chickens also produces unpleasant odors. Animal feeding operations use chemicals like hydrogen sulfide, volatile organic compounds, and ammonia, which has a particularly horrid smell. In high levels, ammonia is an irritant and can cause respiratory burning.

But getting rid of stinky waste isn’t as simple as tossing things into a trashcan. According to FAO, the “improper disposal of poultry carcasses can contribute to water-quality problems”, which leads to a plethora of other issues.

Slaughterhouses release an enormous amount of wastewater into the environment. Poultry processing requires an incredibly large amount of high-quality water for process activities like cleaning and cooling. But of course, that high-quality water doesn’t stay clean and fresh for very long. Poultry farm and slaughterhouse wastewater contains blood, fat, flesh, and fecal matter. Because of this, the water has a high biochemical and chemical oxygen demand. Other chemical residues like chlorine, or pathogens like salmonella have also been found in poultry wastewater.

This water isn’t just dirty. It’s dangerous. The filthy wastewater poses a “serious human-health risk” and of course, is also horrible for any surrounding ecosystems.

Generally Bad for the Environment

The previously mentioned wastewater pollutes aquatic ecosystems and drinking water. Nitrates and pathogens from poultry processing sink into groundwater, which eventually ends up in our drinking water. Manure is also a big issue. Nutrients and other harmful elements from piles and piles of manure bioaccumulate in the soil, essentially poisoning it.

But the poultry industry doesn’t just dirty the environment. It also affects biodiversity. Some ecosystems are particularly sensitive and either require or can’t handle specific nutrients. The poultry industry continues to dump their nitrates, pathogens, and chemicals into the environment, and many plants, insects, and animals just can’t handle it.

To start, several substances are added to chicken feed, including arsenic, cobalt, copper, iron, manganese, selenium, and zinc. These eventually end up in the soil and contaminate it. But the sheer quantity of feed required to feed the world’s poultry demand is enough to cause imbalances. In 2004, 294 million tonnes of feed were used to feed poultry. That was about 28 percent of the cereal and about 75 percent of soybean meal of all livestock feed globally that year.

This intense demand for animal feed has not come without consequences. Large-scale livestock farming has contributed to land, water, and air pollution. The industry also emits a lot of greenhouse gases, and is responsible for an “overexploitation of non-renewable resources.” Most devastatingly, the vast amount of land needed to grow this feed has resulted in deforestation and significant habitat change.

Fossil Fuel and CO² Use

Fossil fuels are used throughout the poultry production process. Housing the livestock (which includes heating, cooling, and ventilating the space) uses the most amount of energy in large-scale poultry farming. Slaughtering the animals uses fossil fuels as well for heated processing.

The industry also emits levels of carbon dioxide. Shipping the meat emits a large amount of greenhouse gases. According to the FAO, “51 percent of the total carbon dioxide emissions induced by meat-trade ocean transport” are from poultry.

Think Before You Buy

Every time you buy something, you vote with your dollar. The poultry industry has been a massive contributor to the environmental perils of our planet, not to mention the endless amount of ethical issues attached to it as well.

The conversation about how bad cows are for the environment is an important one. Red meat consumption is declining, which is absolutely incredible, but we still have a ways to go when it comes to spreading how unsustainable poultry farming also is.