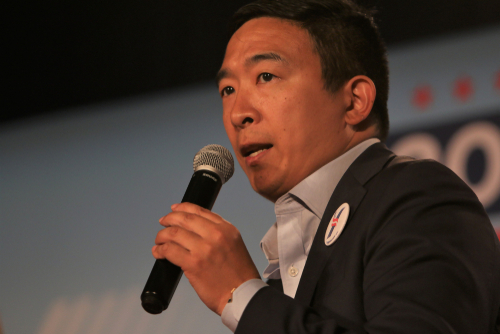 This week’s stories include a horrific horse massacre in Kentucky, pigeons with hats glued to their heads, and petitions that need your help.

Terrible photos were released on Facebook of a horse in a paddock in Australia, in Marrakai, Darwin. According to the Daily Mail, the horse had ribs showing and looked emaciated as temperatures in the area reached above 36°C (or 98.6°F). See the photos taken by Shae Abela on her Facebook page here, and read the full details of the story.

In early December, a Facebook video posted by user Bobby Lee went viral that showed pigeons wearing cowboys hats. The video was posted the same week that the rodeo was in Las Vegas. The pigeons that went viral in December have been rescued. The incident led to a conversation about animal abuse. Read the full story.

4. Dog Rescued After 500 Days in Shelter, and Her Joy is Contagious!

Six-year-old Bonita had a very long stay in Niagara SPCA animal shelter in Niagara Falls, New York. She spent 500 days at the shelter waiting for someone to take her home. She arrived at the shelter on August 13, 2018. She was filmed exiting the shelter with her new family and it was an emotional, exciting moment! Read the whole heartwarming story!

5. Baby Elephant Being Used as Party Prop to Entertain Guests at Five-Star Resort

Animal rights activists are up in arms after a five-start resort in Thailand used a baby elephant as a party “prop.” The photo has been removed from the Mövenpick Resort Bangtao Beach hotel in Phuket. In the photo, the elephant is by the side of the pool surrounded by guests including children. The resort’s TripAdvisor page shows an example of the baby elephant at a pool. Read the full story.

About a week ago, fifteen horses were found shot and killed in Kentucky. It was a devastating story and people were having trouble comprehending who could do such a thing. But the story became worse. Six more horses were found dead, clearly victims of the same shooting. Many of the horses were very young, just about a year old, and some were pregnant. Read the full story.

7. Petition: Save Elephants from Cruel and Exploitative Guruvayur Temple!

UNESCO World Heritage Site, Angkor Wat, recently released their elephants into the nearby forest and banned elephant rides after many people have come to realize that the exploitation of elephants in the tourism industry is inhumane and unethical. Another similar place where elephants are suffering is World Heritage Site Guruvayur Temple where the animals are suffering and there’s no end in sight. Read the full story.

8. Petition: Protect the Dolphins Dying in the English Channel at High Rates!

A Care2 petition states: “The European fishing presence in the English Channel has been at an all-time high, likely because of the expected divorce of UK fishing regulations from EU standards post-Brexit.” Dolphins get caught in fishing lines and the trawlers’ nets. Unable to come up for air, the dolphins drown and their bodies are discovered when the crews pull up their nets to see their haul. Read the full story.

Presidential candidate Andrew Yang brought up his climate change relocation plan at the most recent Democratic debates. When asked a question on climate change, the entrepreneur discussed his “Move to Higher Ground” plan. Read the full details.

Just last week, twelve racing greyhounds were saved while they were being smuggled from Ireland to Spain. It highlighted a bigger issue and brought it to the spotlight — that the Irish government is funding this cruel industry. More people in the UK are standing up against this cruelty, so why is Groupon promoting it? Read the full story.