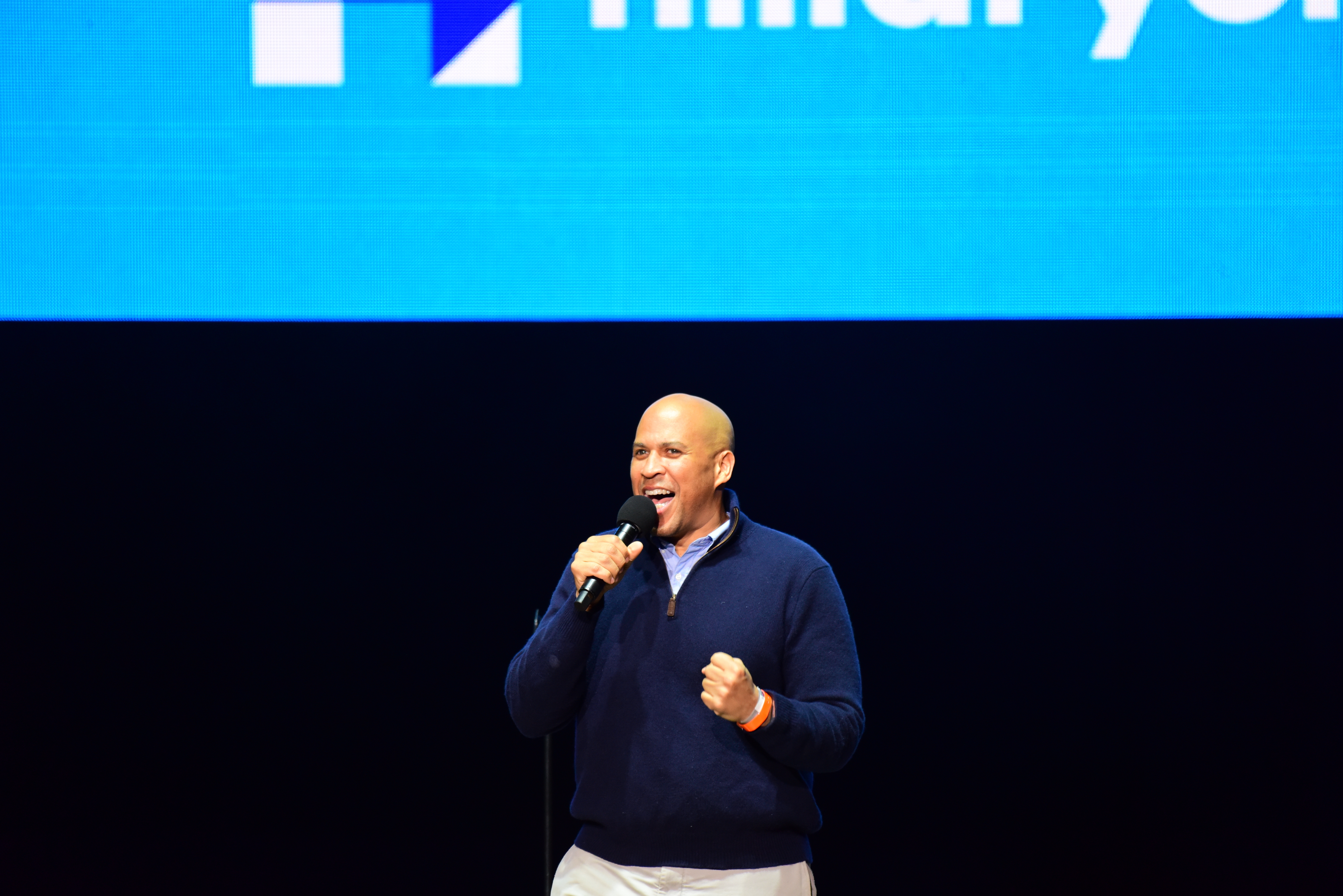 Senator Cory Booker is a well-known and proud vegan! He stands up for animal rights and champions plant-based eating as a healthy way of life even when he is criticized and labeled as an “extremist” for doing so. And today, he announced that he is running for president!

I’m running for president. Join me on this journey. https://t.co/fEDqOVIfwh pic.twitter.com/h1FTPUYRzo

Senator Booker has said, “Vegan consciousness is growing in our country,” and he addressed those who are “conscious of the environment … against cruelty to animals, conscious of [their] health.” He can be expected to continue advocating or plant-based eating and vegan consciousness. With a presidential candidate advocating for the animals, healthier eating, and taking action against climate change, more people can be influenced to make positive changes!

Senator Booker has proven in the past to truly stand up for the causes he believes in. He introduced the landmark Environmental Justice Bill, fought against off-shore oil drilling, and sought to protect animals. In the past, he’s also supported bills for anti-hunting legislation and a bill to limit antibiotics in livestock and the gestation. Booker cares about equality for all living creatures, and his decision to run for president is exciting. Voters will of course have to do their research on all candidates and their stances, but it’s nice to know there is a candidate who stands up for people, animals, and the environment.

If you are inspired by Cory Booker’s commitment to leading an ethical and conscious lifestyle, download our Food Monster App for over 15,000 plant-based recipes and health information! And don’t forget to subscribe to the One Green Planet Newsletter, for more Animal, Life, Vegan Food, Health, and Recipe content published daily!