Giraffe Populations Are Dwindling – Urge the U.S. Department of the Interior to Protect Them! 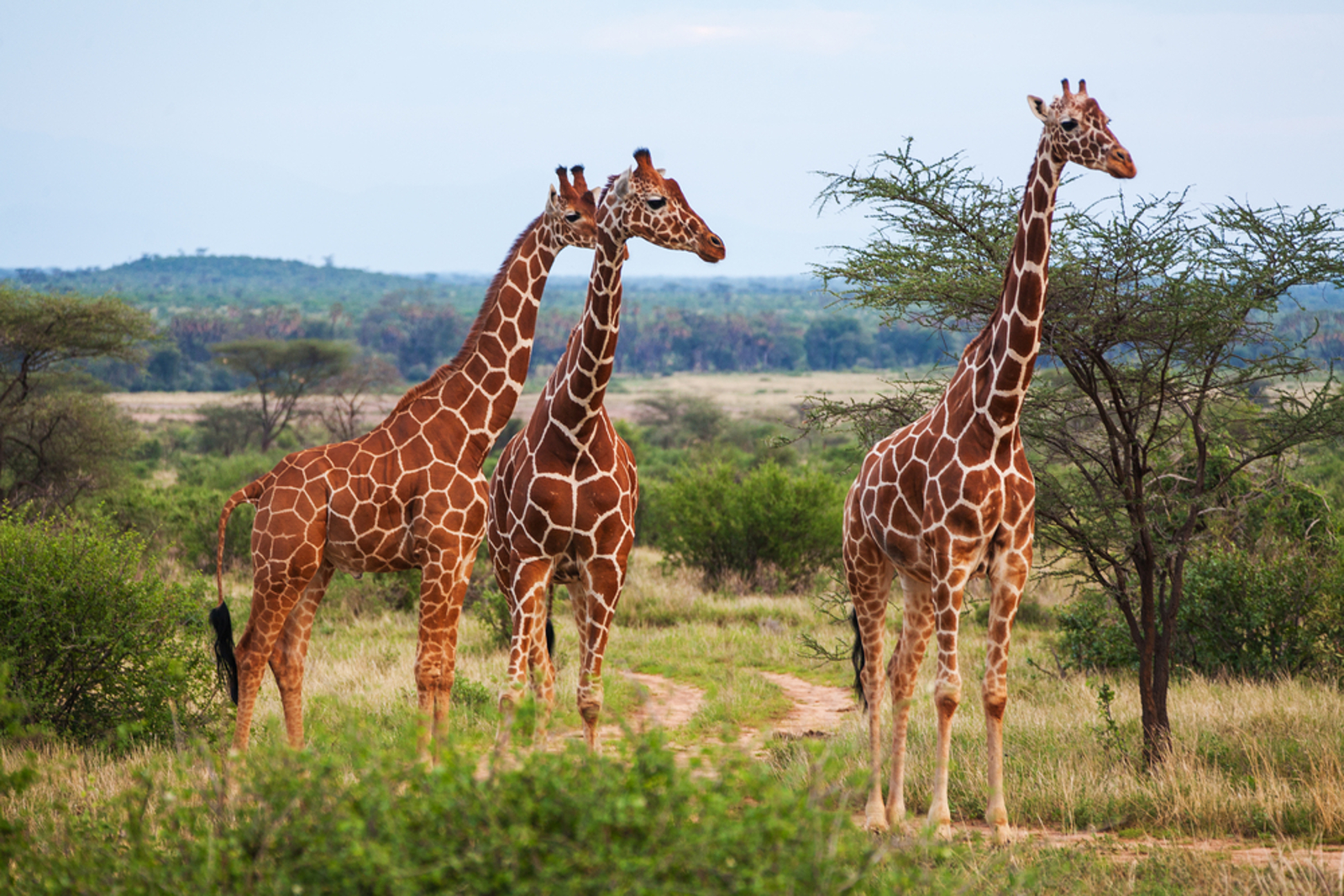 With their incredibly long necks, tall stature and angular spotting, giraffes are certainly unique in the animal world, and it would be a serious tragedy to watch them die out. Sadly, like many African species, that is the path where they seem headed, despite the fact that giraffes traditionally have unusually long life spans, compared to other ruminants, because their large size, keen eyesight, and powerful kicking strength generally spares them from most predator attacks. Unfortunately, these defenses aren’t enough to protect them from predators who come armed with industrial weaponry.

Wild giraffe numbers are down 37 percent in the last 30 years – from 155,000 or so in 1985 to just 97,500 in 2016 – and that decline appears to be accelerating due to climate change, human encroachment and trophy hunting. And though we’re located half way around the world, the United States is playing a key role in this downtrend. According to a petition on Care2, the United States is the largest importer of hunting trophies in the world, and U.S. trophy hunters imported 3,744 giraffe hunting trophies between 2006 and 2015 – more than one giraffe trophy per day, on average.

Trophy hunting is perhaps the worst form of hunting because animals are killed purely for “sport” – but this sport is far from any kind of fair and healthy competition. As In Defense of Animals explains, “Hunting is often called a ‘sport,’ to disguise a cruel, needless killing spree as a socially acceptable activity. However, the concept of sport involves competition between two consenting parties, adherence to rules and fairness ensured by an intervening referee, and achieving highest scores but not death as the goal of the sporting events. In hunting, the animal is forced to ‘participate’ in a live-or-die situation that always leads to the death of the animal, whereas the hunter leaves, their life never remotely at stake.”

This recreational activity causes animals enormous suffering, injury and pain, and many who become wounded die a slow and agonizing death. It can also traumatize and destroy animal families and force orphaned baby offspring to fend for themselves, even though the ear-shattering noise of the guns and the intense fear and stress this practice sparks can cripple them psychologically and make survival even more difficult than usual in the harsh African terrain.

Moreover, the hunting of giraffe requires vastly little skill, as these animals can’t help but stand out as they lounge in the open African landscape and peacefully munch on twigs, shrubs, grass, and fruit. Where’s the glory in that?! And yet, the greedy elite continue to drive these animals towards extinction.

Some claim this form of hunting to be an effective form of conservation, but that couldn’t be further from the truth. Studies have shown that the models upon which such declarations are made are “based on simplistic and/or extremely restrictive assumptions” and “rely on conceptual tools that have been theoretically discredited.” Plus, the trophy hunting industry isn’t nearly as lucrative for Africa’s local economies as eco-tourism, so it makes better sense to preserve these animals for camera shots, rather than gunshots.

Despite all that, it’s unlikely that trophy hunting will cease until there are laws that strictly prohibit these animals from being exploited for trade in trophies, skins, or bones. For these reasons, and more, the Humane Society of the United States and other organizations are pushing hard to secure endangered species protections for declining wild giraffe populations under the U.S. Endangered Species Act. If awarded, this designation would work to greatly restrict U.S. imports and sales of giraffe trophies and body parts.

Join the cause by signing this petition on Care2 and urging the United States Department of Interior to grant these long-necked beauties protection under the Endangered Species Act.

In addition, let’s help moderate trophy hunting in other ways, by encouraging airlines to stop transferring trophy shipments, and by supporting advocacy groups like the African Wildlife Foundation, the Humane Society, and the World Wildlife Fund.